They’ve gone from strength to strength since being crowned the winners of the first series of Winter Love Island.

And Paige Turley, 22, and Finley Tapp appeared to be smitten with each other as they enjoyed a picnic together in Manchester on Thursday.

The singer and footballer, 20, could not contain their smiles as they relaxed on the grass, with Paige planting a passionate kiss on her beau’s lips. 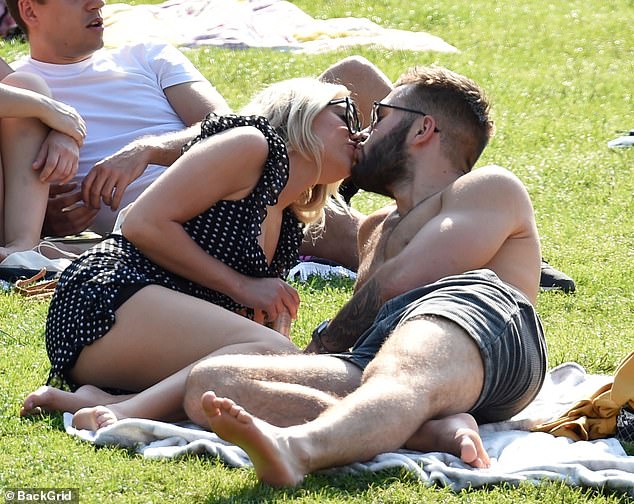 Loved-up: Paige Turley, 22, and Finley Tapp, 20, looked every inch the happy couple as they packed on the PDA during a picnic at a park in Manchester on Thursday

The blonde beauty looked sensational during their outing and wore a polka-dot playsuit with a tie on the bust.

She accessorised her chic ensemble with a black belt which boasted pearl buckle and toted a small woven black leather handbag.

Finn also dressed for the hot weather in a yellow t-shirt and grey denim shorts which he paired with some flip-flops.

During their chilled out date Paige was seen holding a cocktail in a can and laughing as she relaxed with Finn. 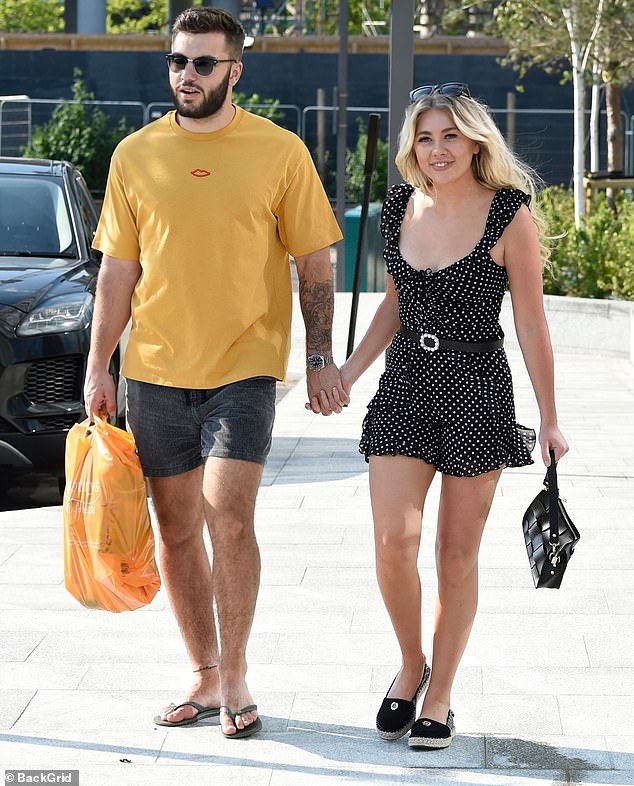 Looking good: Paige donned a pretty polka-dot playsuit for the outing and toted a small black handbag while Finley kept cool in the heat by wearing denim shorts 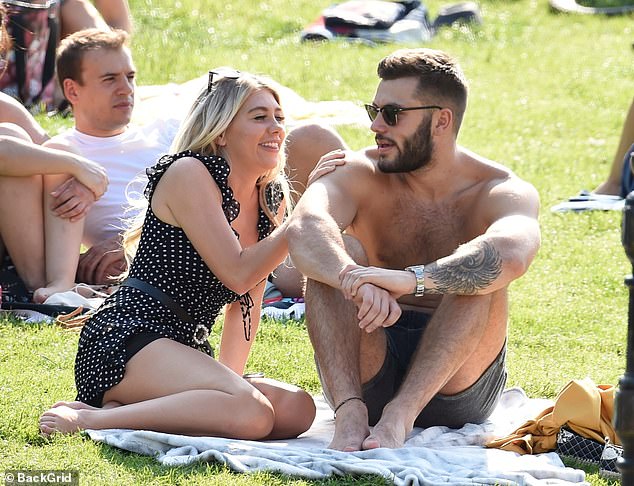 All smiles: The blonde beauty could not keep her hands off her beau as they relaxed in the sun

It has been a busy time for the loved-up pair, with them recently moving in together in Manchester after spending three months living with Paige’s parents.

Paige told OK! Magazine she cried on moving day: ‘I got quite teary. Finn came down in a van and I came down in the car.

‘It was the first time I’d seen it and I got here first. I FaceTimed him and he got teary because I was teary.’ 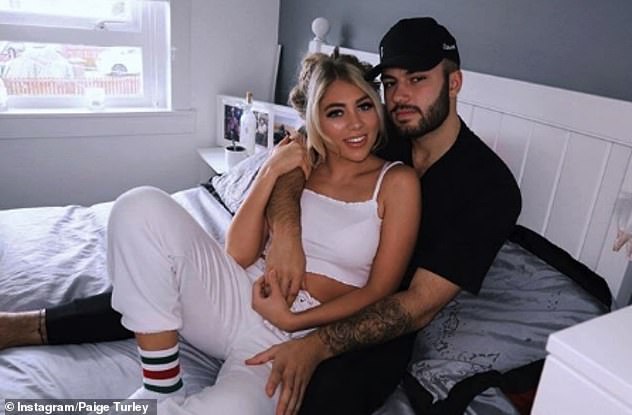 Home sweet home: The TV stars recently relocated to a new flat in Manchester after leaving the South African villa earlier this year

Meanwhile, Milton Keynes native Finley has revealed his plans for the pair to get engaged soon.

He said: ‘I’m not going to wait – I want to propose soon. I don’t want to say a timescale as it’s going to be a surprise.’ 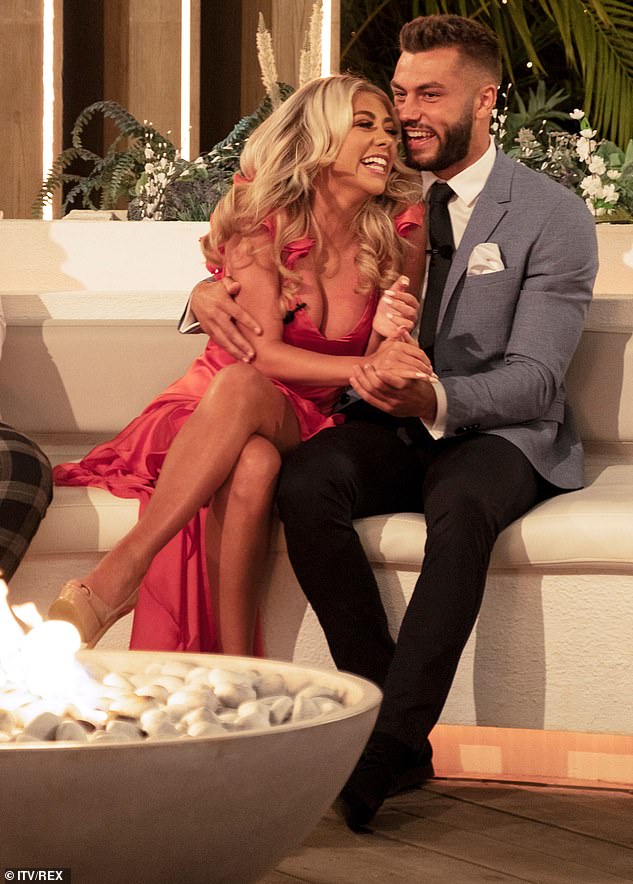 ‘I’m not going to wait’: Meanwhile, Milton Keynes native Finley has revealed his plans for the pair to get engaged soon (pictured on the finale of the ITV2 dating series’ winter edition)

The Bachelor SPOILER: Body language expert reveals the signs that prove who will win 0

China threat: MP's dire warning as he fears showdown 'The gloves are off' 0