She found fame as the long-haired blonde beauty who shook up the Love Island villa when she strutted into series five of the ITV2 show.

And, Molly-Mae Hague debuted her new shorter platinum hairdo as she enjoyed dinner while on holiday in Pisa, Italy on Sunday night.

The influencer, 21, took to Instagram to share snaps of herself dining al fresco at a pizzeria and displayed her sophisticated new look in the process. 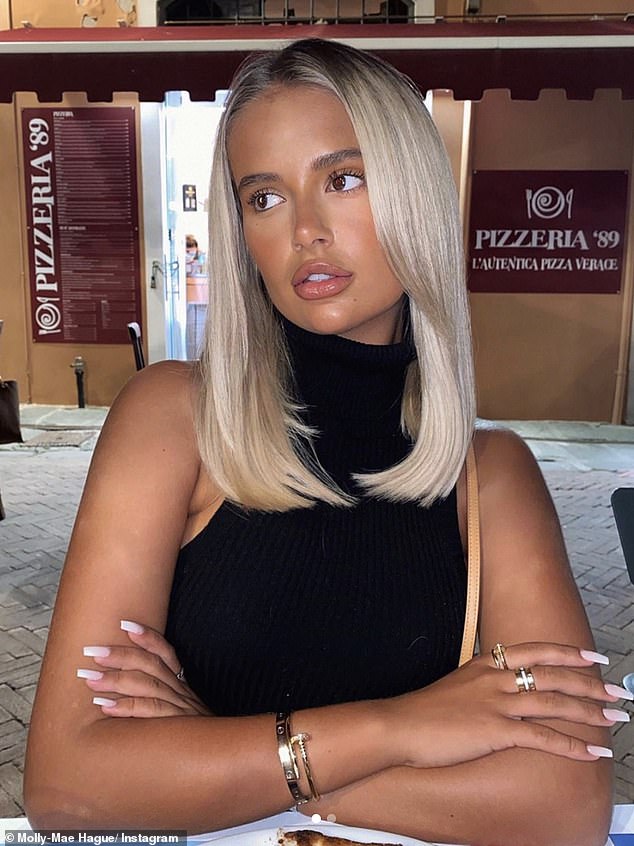 New ‘do! Molly-Mae Hague, 21, debuted her new shorter hairdo as she enjoyed dinner while on holiday in Pisa, Italy on Sunday night

Wearing a sleeveless high-neck black top, the reality star accessorised with a smattering of designer jewellery while striking sultry poses.

Molly-Mae captioned the photographs: ‘I cut my hair short for one night. Don’t ask questions…..’

She followed up by sharing a video of herself playing with her shoulder-length locks, to Instagram Stories.

Brushing her hand through her short and sleek tresses, Molly-Mae wrote at the bottom of the clip: ‘The comments on my recent pic about this hair confusing me.’ 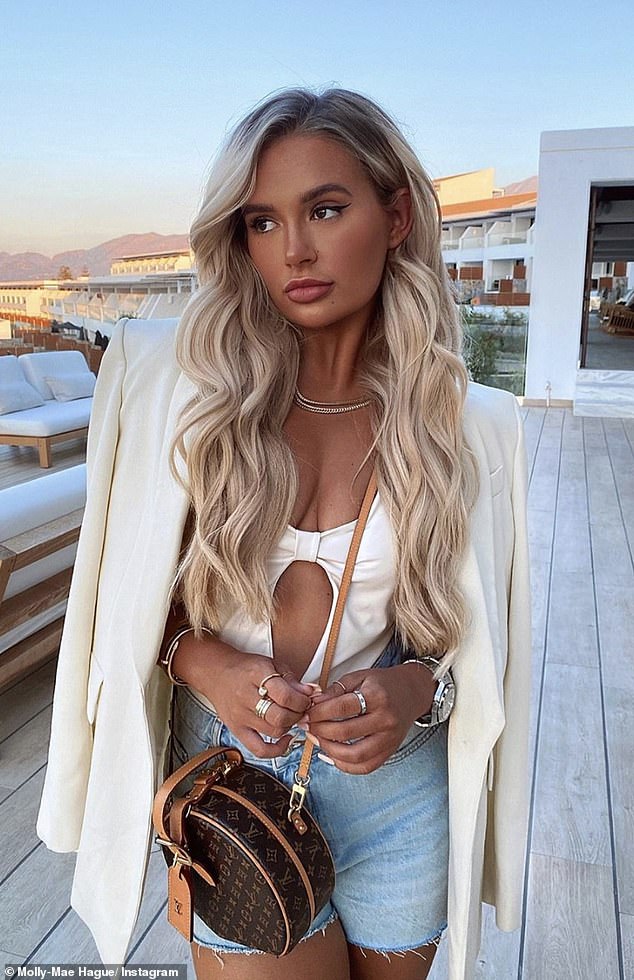 Glam: She found fame as the long-haired blonde beauty who shook up the Love Island villa when she strutted into series five of the ITV2 show (Pictured in Crete earlier this month) 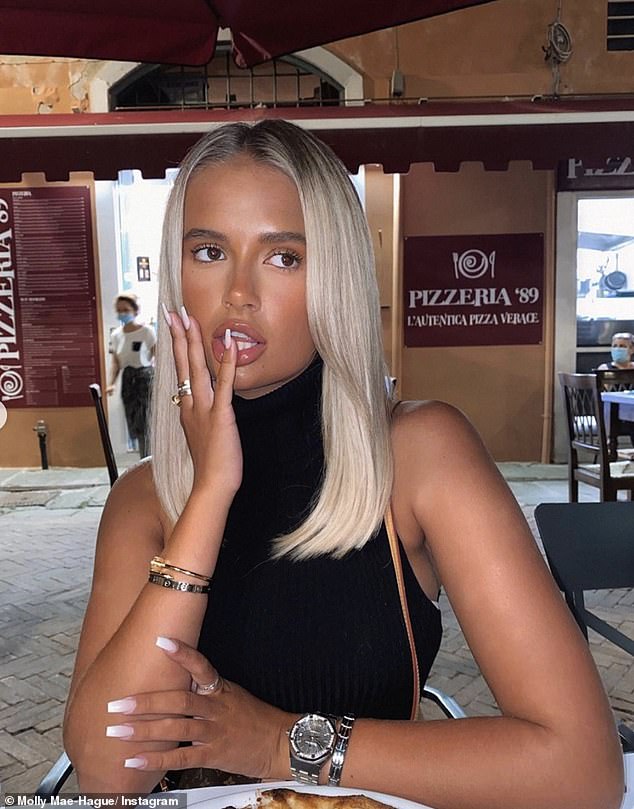 Gone for the chop! The influencer took to Instagram to share snaps of herself dining al fresco at a pizzeria and displayed her sophisticated new look in the process

Her makeover comes after the blonde beauty and her boxer beau Tommy Fury, 21, revealed that they’re keen on starting a family soon.

The media personality was quizzed by fans about her plans to have a baby during an Instagram Q and A, where she told her followers she’s always seen herself as a young mum.

When asked when they will try for a baby, Molly-Mae, who has been dating Tommy for one year, said: ‘Probably not ages!

The blonde also answered the question: ‘If you could meet Tommy again without the fame, would you?’ 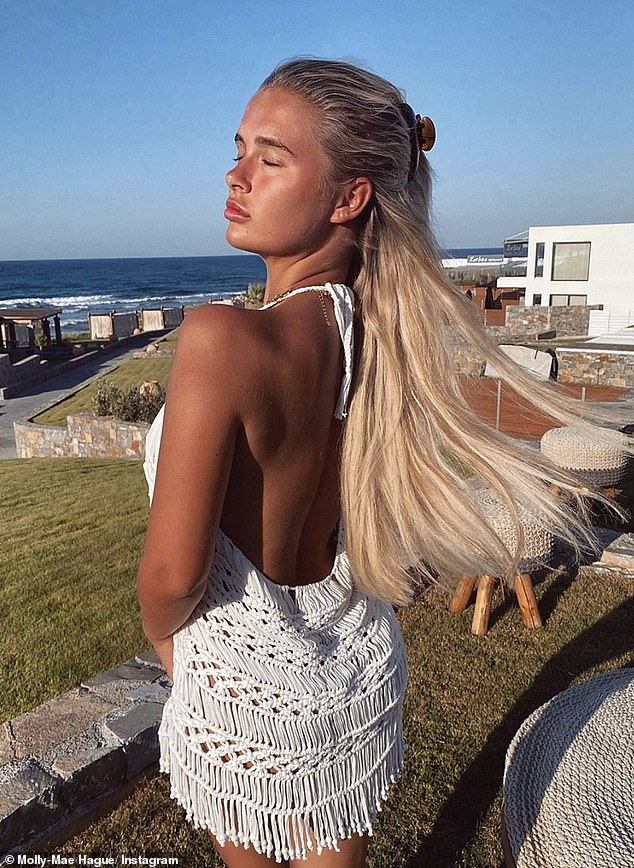 Before: Molly-Mae is known best for wearing long hair extensions

She replied: ‘Well this is the nice thing about how we met, we met on Love Island and I didn’t know who he was, he didn’t know who I was. It was a really natural and nice way of meeting.’

On how she deals with trolls, the TV star, who claimed she was left fearing for her life during a terrifying boat trip, responded: ‘I’ve learnt to not let anything get to me because in this industry you just can’t. It’ll break you down.

‘So as long as my family’s happy and I’m happy and Tommy’s happy, then that’s all that really matters to me.

‘You just become used to it which is disgusting really, but I’m literally a size 8 so if I’m fat and lardy… then you cannot pay any notice to it and I’m quite good at it now.’ 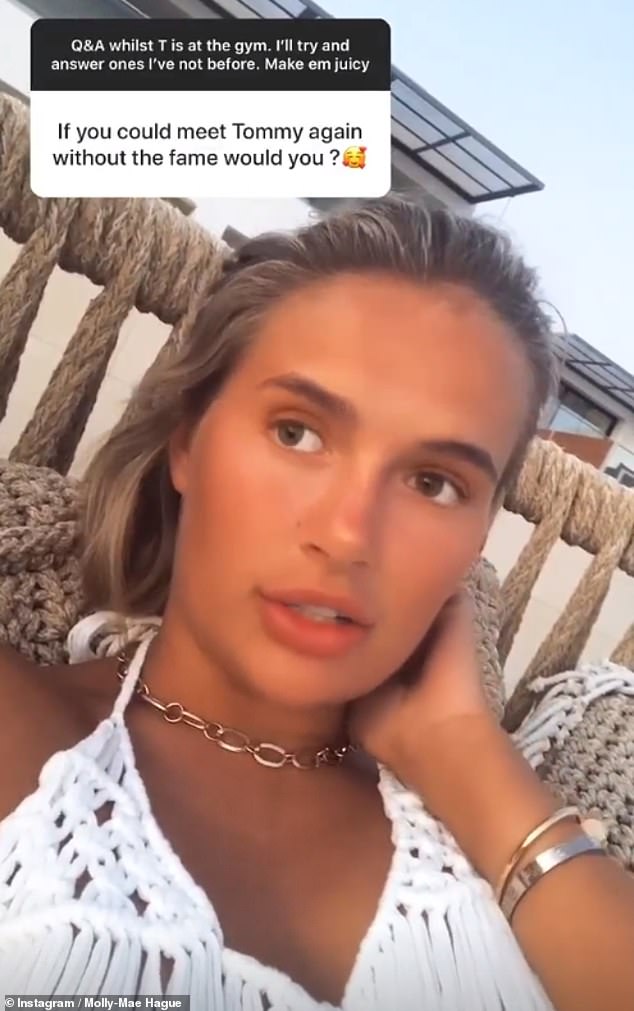 Next steps: Molly-Mae recently revealed that it won’t be long until she and her boxer beau Tommy start a family

Salma Hayek, 53, looks half her age in a black string bikini 0