She’s been promoting body confidence with a slew of bikini pictures while making the most of the good weather in the UK during lockdown.

And Malin Andersson ensured that she can continue to lap up the sunshine by jetting to Tenerife, Spain, on Saturday – after booking a flight while she was drunk.

The Love Island star, 27, appeared to be in good spirits as she posed up a storm by her villa’s pool while wearing a white bikini with a black trim. 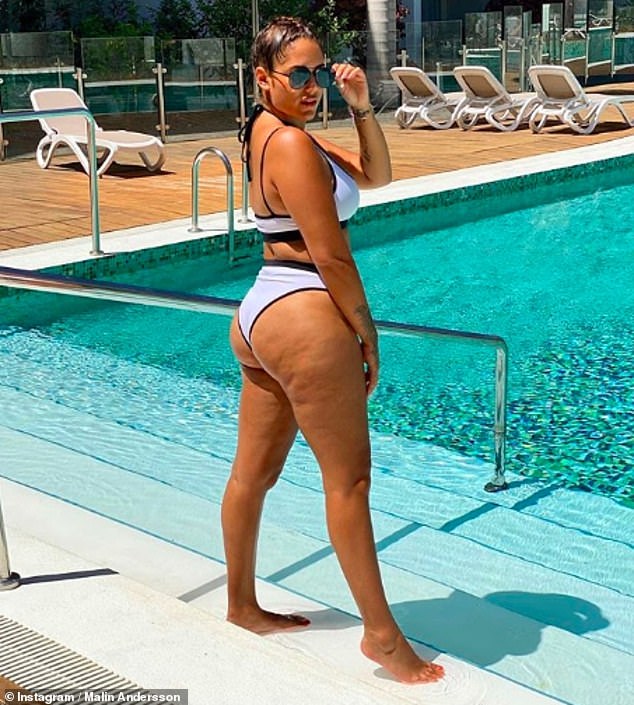 Work it: Malin Andersson, 27,  appeared to be in good spirits as she posed up a storm by the pool while wearing a white bikini after arriving in Tenerife, Spain, on Saturday

Malin looked sensational as she showed off her curves in the flattering two-piece, which boasted high-leg bottoms that skimmed her derrière.

The beauty’s low-cut top helped to emphasise her ample assets and accessorised her look with a pair of sunglasses.

Malin tied her brunette locks back as she took a dip in the pool and appeared to be having a fabulous time in the sun.

Throughout Saturday the TV personality shared glimpses at her travels on social media, documenting a quiet Stansted Airport and an empty-looking plane. 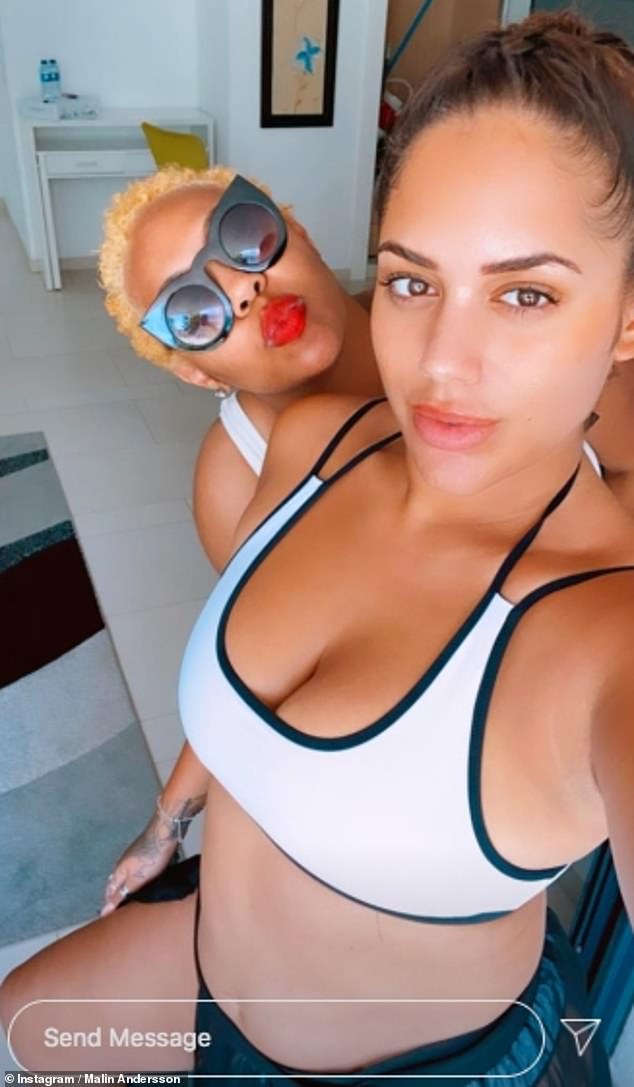 Having fun: The Love Island star jetted to Tenerife with a pal after booking flights while she was drunk during the week 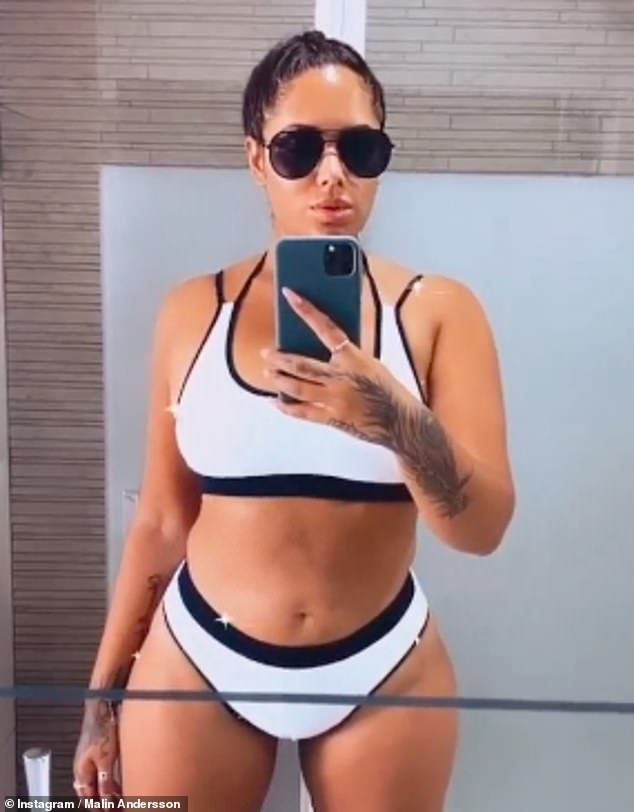 Looking good: Malin showcased her fabulous curves with a mirror selfie once she arrived at her villa

In one clip Malin could be seen walking through the terminal with a black face mask on while in another the star sat at opposite ends of the plane’s seats from her pal.

Once they arrived in Spain, Malin showed the villa where she was staying which boasted a large bathroom and living area.

Britons have been able to travel to Spain without having to quarantine since Sunday 21 June however they might have to self-isolate for 14 days on arrival back in the UK.

However a ‘traffic light system’ letting Britons go to the safest destinations without having to quarantine is set to be unveiled on Wednesday and comes into force on July 6 meaning holidaymakers won’t have to quarantine. 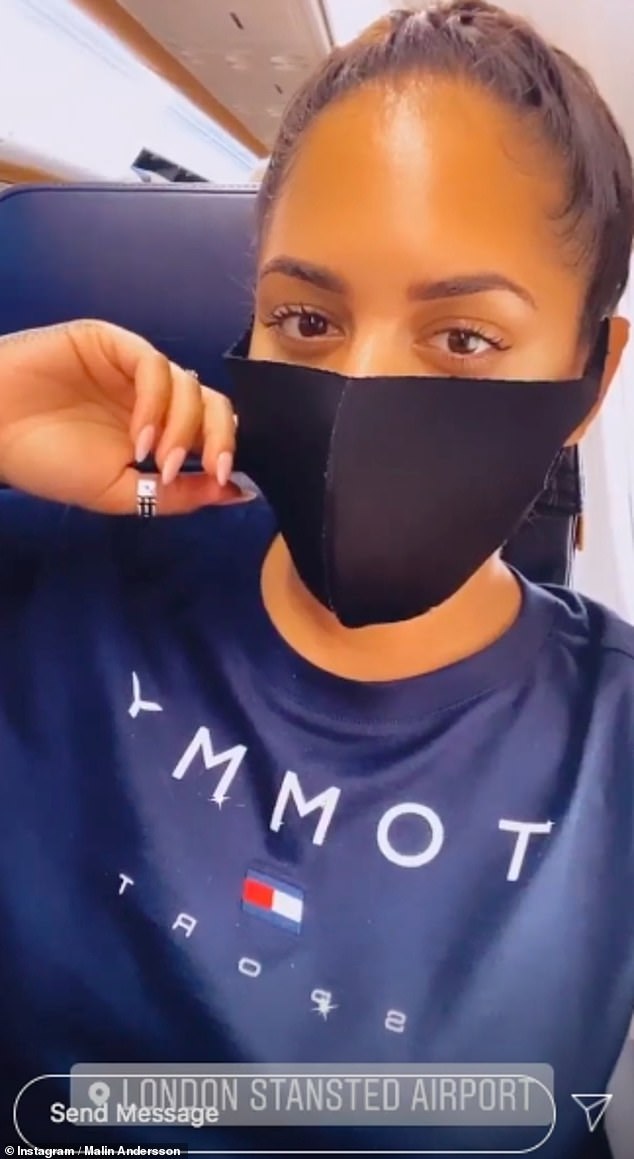 Staying safe: Malin donned a black face mask for her journey as well as a comfortable blue jumper 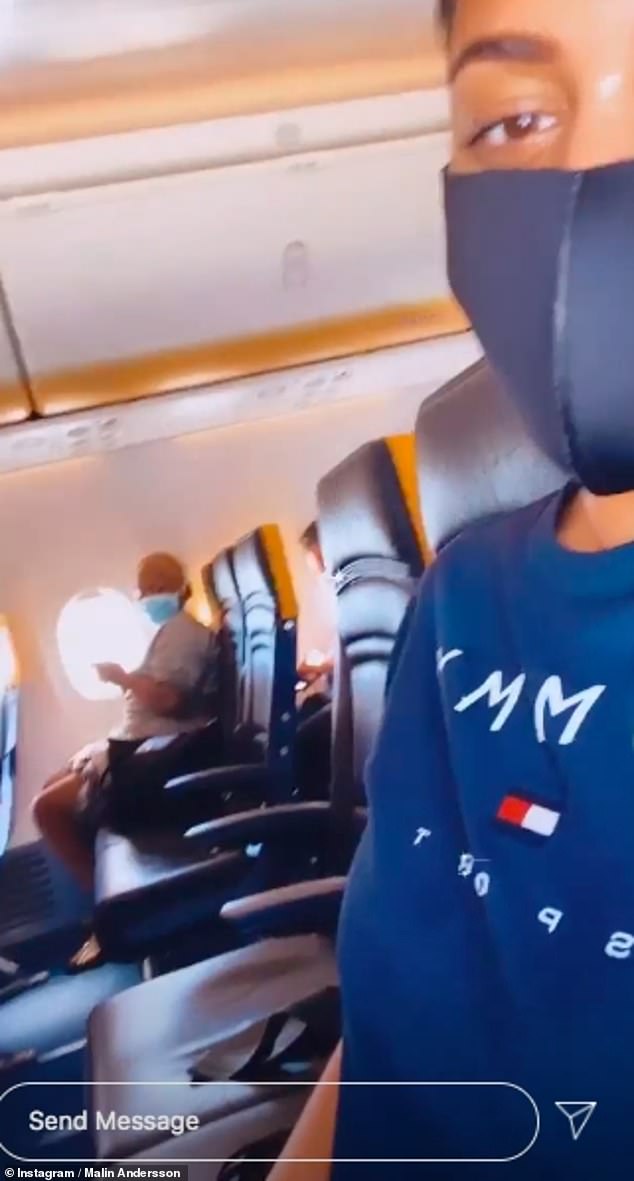 Spaced out: Malin and her pal sat at opposite ends of the flight’s row of seats for the journey

Just days before her trip, Malin enjoyed a sun-soaked day with her pals on Thursday and expressed how grateful she was for friends who are like family.

During the get together she showed off her jaw-dropping figure in a two-piece which boasted a frill around the top.

Malin slicked back her locks into a tight bun for the snap and added a touch of red lipstick to complement her stylish swimwear ensemble.

The brunette beauty captioned her post: ‘My friends are my family they set me free, if I didn’t have them; I don’t know where I’d be.’ 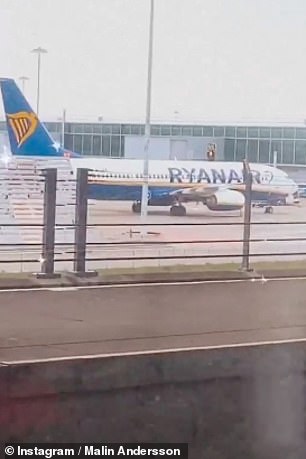 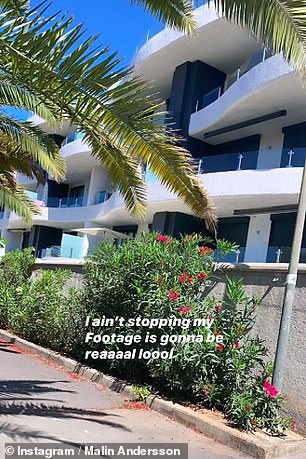 Holiday time: During Saturday Malin showed her wait for the flight (left) and the villa complex (right) where she will be staying 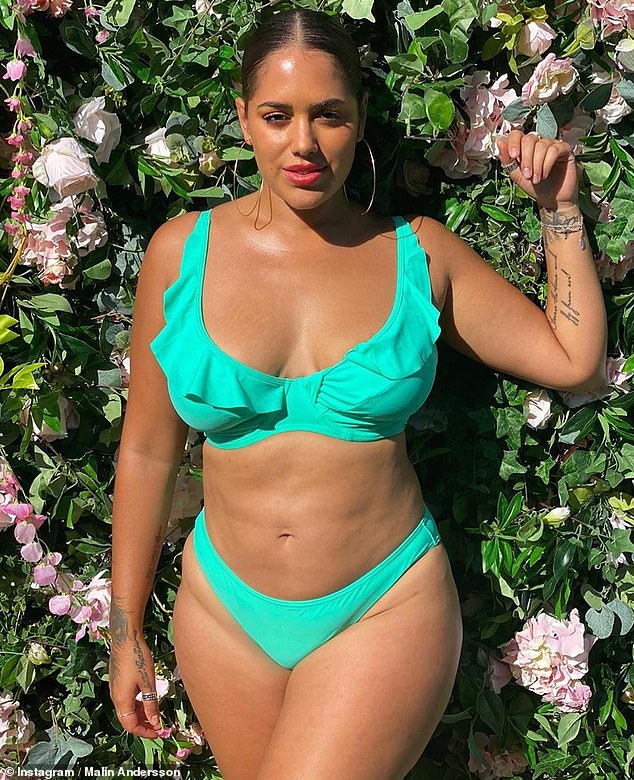 Wow: Malin looked nothing short of sensational as she posed up a storm in a green bikini with frills on the top for an Instagram snap shared on Friday

It comes after the Love Island star admitted that she has ‘shame and guilt’ from eating despite the fact it’s feeding her life.

In a candid Instagram post Malin also spoke about ‘accepting ourselves’ as she stressed that beauty lies in people’s souls not their exteriors.

Admitting that it took her a while to be ‘comfortable in her own skin’ the star vowed to continue her healing journey and enjoy summer.

In the photo, Malin showcased her incredible curves in a peach bikini as she posed on her sofa eating an ice lolly.

The star looked radiant as she appeared to go makeup-free and left her brunette locks loose into a wavy hairdo. 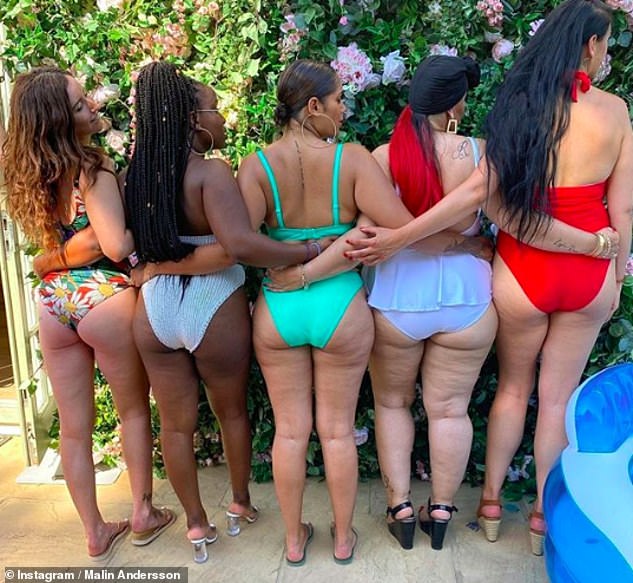 Work it: The Love Island star and four of her stylish pals all looked fantastic as they looked over their right shoulders and showed off their curves in another post

London commuter towns: Where are the cheapest areas to live outside London? 0