Her travels hit a terrifying spot late last month, when her boyfriend Tom Brazier was attacked by a mugger during the first night of their post-loc


Her travels hit a terrifying spot late last month, when her boyfriend Tom Brazier was attacked by a mugger during the first night of their post-lockdown trip to Barcelona.

But Laura Anderson appeared to put all of unsettling drama far behind her on Sunday, when she shared a shot of herself and her beau holidaying in Dubai.

The former Love Island star, 31, wowed as she wore a stylish one-shoulder bikini while posing aboard a yacht beside her musclebound shirtless partner. 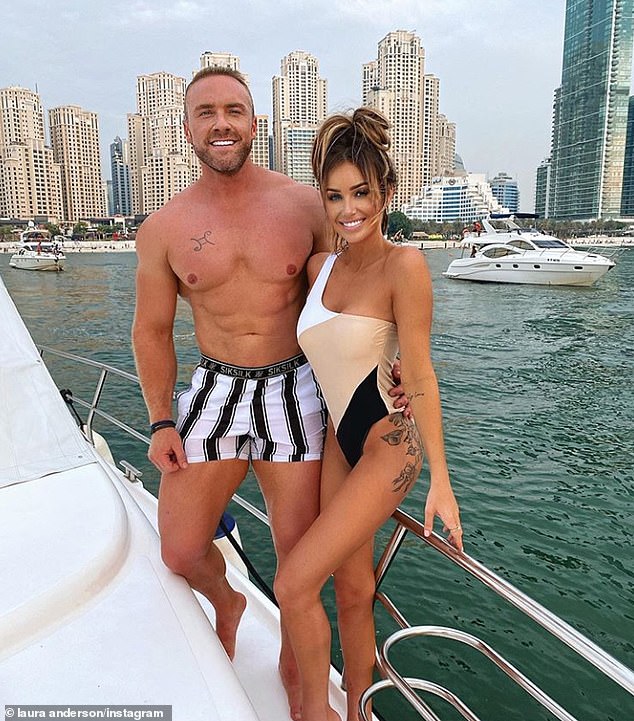 Holiday: Laura Anderson shared a snap of herself and her beau Tom Brazier in Dubai on Sunday

The Scottish beauty, who jetted off for her trip last week, wore her streaked tresses in an updo, while she highlighted her good looks with a rich palette of makeup.

In another post shared on Monday, Laura shared a snap of herself playfully posing in a spearmint green bikini on the beach outside the luxurious FIVE Palm Jumeirah.

In her corresponding caption, the reality star, who lived in Dubai while working as a flight attendant, big the United Arab Emirates farewell, while also expressing her joy at showing Tom her onetime stomping ground. 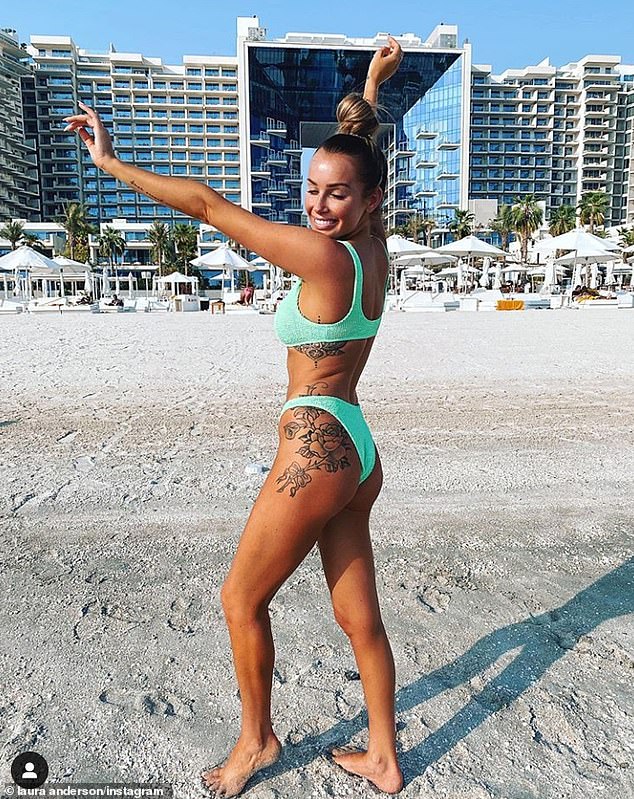 Bikini: In another post shared on Monday, Laura shared a snap of herself playfully posing in a spearmint green bikini on the beach outside the luxurious FIVE Palm Jumeirah

Last month, Lauren revealed she and her boyfriend had been left extremely shaken after they were targeted by the thief as they enjoyed a late-night walk in Barcelona.

Taking to her Instagram stories, the emotional star urged her followers to be safe as she recounted the terrifying incident.

She said: ‘So last night was horrible. Me and Tom decided to walk for a bit, try and get a photo and basically got mugged

‘Nothing like this has ever happened to me before. You just get this gut feeling these two guys were watching us. Tom kept saying “it’s fine, it’s fine” and we hailed a cab to go home. 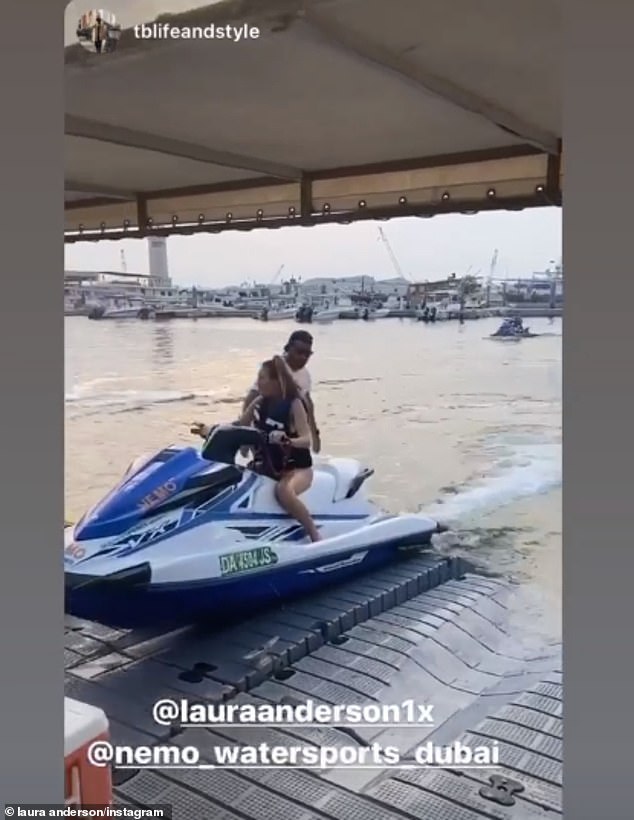 Fun: As her week-long trip came to its conclusion, she shared a clip of herself water-skiing

‘Tom opened the door for me and was like “in you go” and I was like “it’s fine, I’ll go round to the side” which I’m glad I did because when Tom went to get in, the guy came from nowhere and pushed him.’

Laura revealed she had intervened when she saw her boyfriend fighting off the attacker, saying: ‘Tom pushed him because he was coming at him.

‘The guy was trying to get his watch off his arm and I ran round the back of the cab and yelled “f**k off” and whacked him on the shoulder with my phone.

‘He sort of scuffled off. It was horrible. Tom told me to get in the car and we didn’t know where this guy’s friend was or if he was going to come from behind me or if they had any weapons. 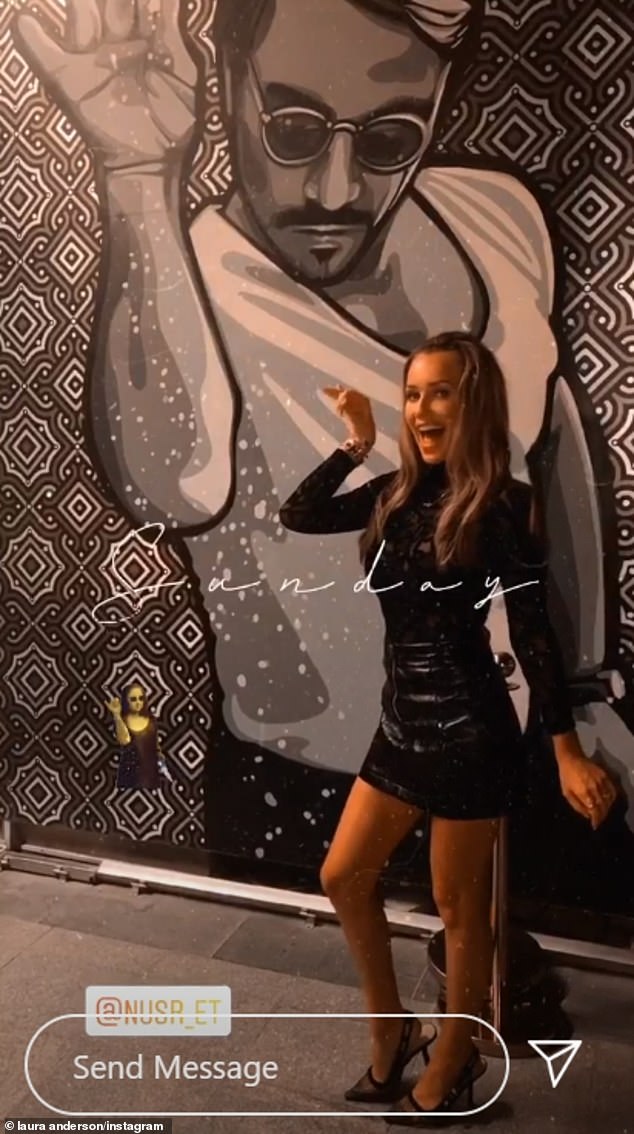 Fine dining: She also struck a series of playful poses on Sunday as she stepped out for dinner

‘All of that for a watch. Tom was attacked. They didn’t get the watch. I think my swearing is what scared them off, I am loud.

In the aftermath of the attack, Laura said she and Tom had been left uneasy about going out to public places.

She said: ‘I think we both reacted pretty well but I just couldn’t sleep. We feel like we can’t go out without looking over our shoulders. We wanted to go to the beach and workout and I don’t feel like we can do that, leave our stuff unattended.’

Laura later revealed a cut on her hand from striking the attacker with her phone. 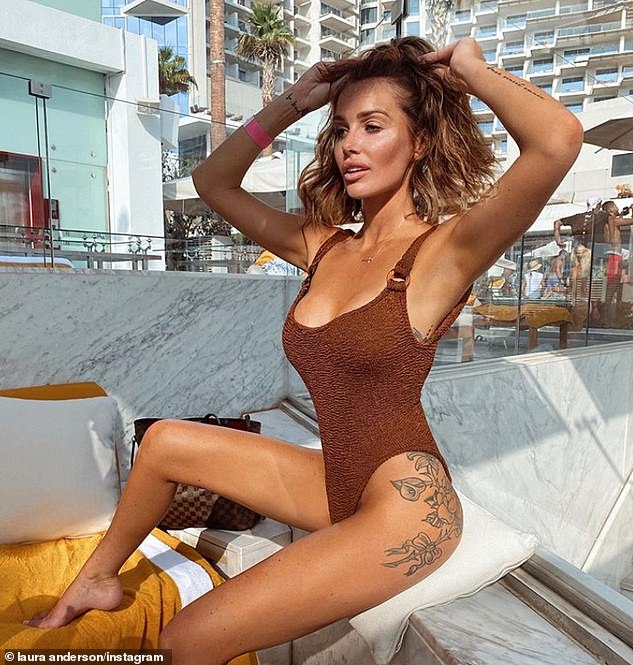 Vacation: The reality star jetted off for her sun-soaked getaway last week, returning on Monday

The star also posted a snap taken shortly before the incident, writing: ‘Keep your eyes open . This was about 10 minutes before Tom and I got mugged last night.’

‘Moral of the story If you’re travelling abroad just have your wits about you and look out for each other. . We were one of the lucky ones, minus a bit of rough & tumble #staysafe. P.s The low life didn’t get what he was after.’

Tom also wrote: ‘Dinner at @bocagrande on our first night in Barcelona…. Right before we had an attempted mugging whilst getting a taxi back to the @wbarcelona

‘They wanted my watch but thankfully we managed to fight off the dirty scoundrels. Myself and my @lauraanderson1x are fine and well.’ 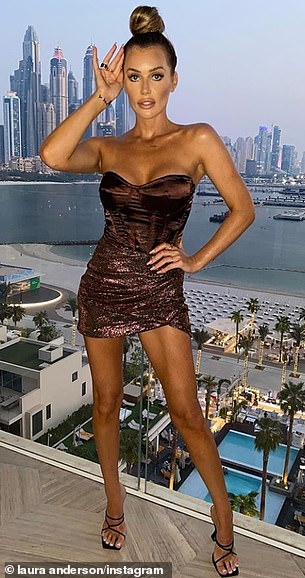 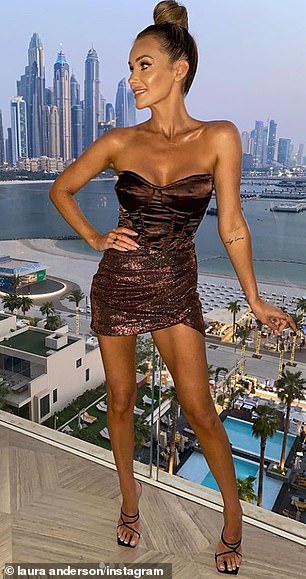 Home: Before starring on Love Island, Laura lived in Dubai while working as a flight attendant

MAFS' Jules Robinson reveals she's gained 17.5kg during her pregnancy and is struggling to walk 0

Jessica Krug, the GW University professor who pretended to be Black, has resigned 0