Pope Francis pens letter to Alex Zanardi following accident: 'Thank you for giving strength to those who had lost it'
ALEX MICHAEL recaps the Big Brother finale
Love Island's Dr Alex George admits he is finding it 'really tough' after split from Amelia Bath

Dr Alex George has announced he is taking a break from social media following the tragic death of his younger brother.

The Love Island star, 30, explained his decision in an Instagram post on Sunday as he thanked fans for their support over the past few weeks.

His 20-year-old brother, Llŷr George, tragically passed away in July following a battle with mental health. 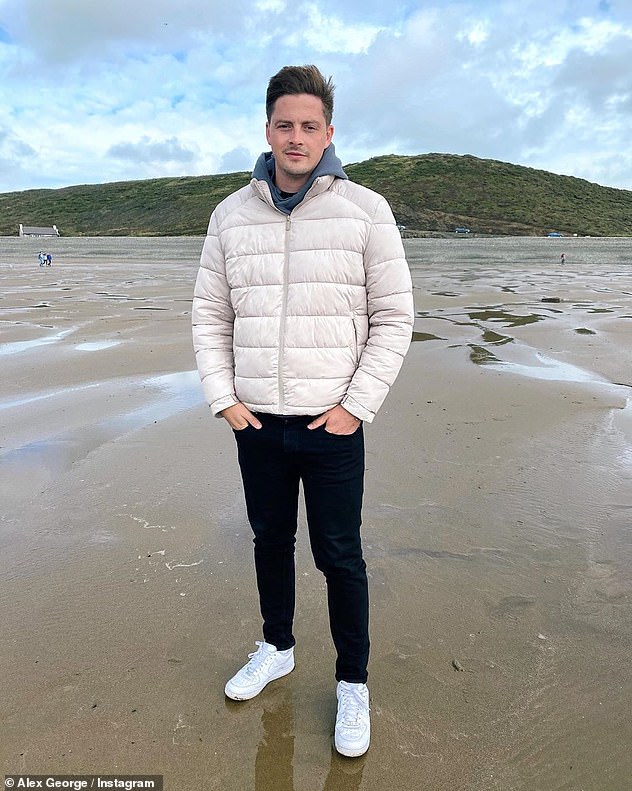 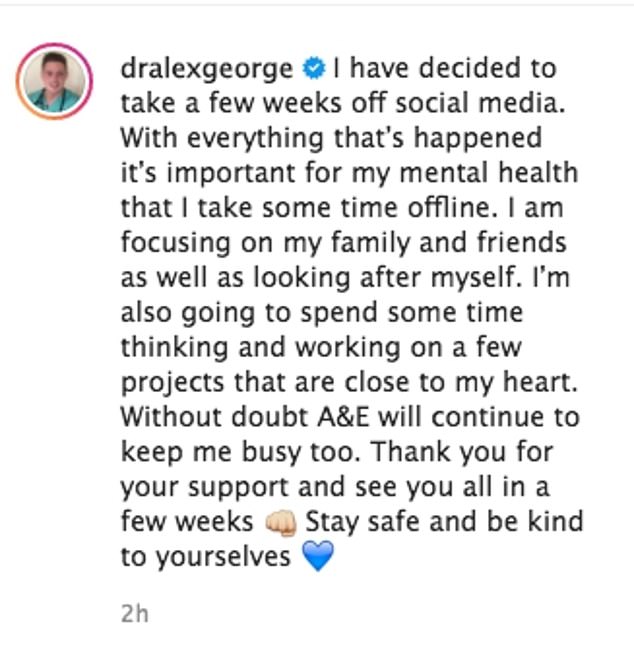 Time for reflection: On Sunday Alex George revealed that he is stepping away from social media as he needs time to heal from the death of his brother Llŷr George in July

The A&E doctor shared a candid snap of himself on the beach as he explained his reasons for deciding to leave social media.

He penned: ‘I have decided to take a few weeks off social media. With everything that’s happened it’s important for my mental health that I take some time offline.

‘I am focusing on my family and friends as well as looking after myself. 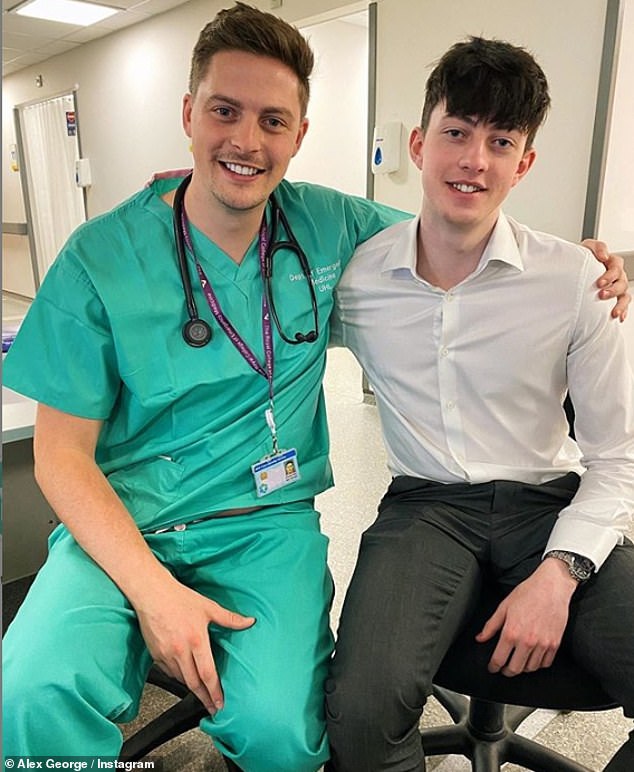 ‘I’m also going to spend some time thinking and working on a few projects that are close to my heart.

‘Without doubt A&E will continue to keep me busy too. Thank you for your support and see you all in a few weeks. Stay safe and be kind to yourselves.

Fans poured in with their messages of support and encouraged the Love Islander to look after himself.

It comes after the NHS doctor admitted he was ‘hanging on by a thread’ after a troll criticised him for being on social media in the wake of his brother’s death.

Alex took a screen grab of the exchange, in which the person responded to his seaside picture with the comment: ‘your brother is dead get off social media.’

Sharing his anguish at the response, Alex penned: ‘Imagining being this person. I’m holding by a thread and you get people like this.’ 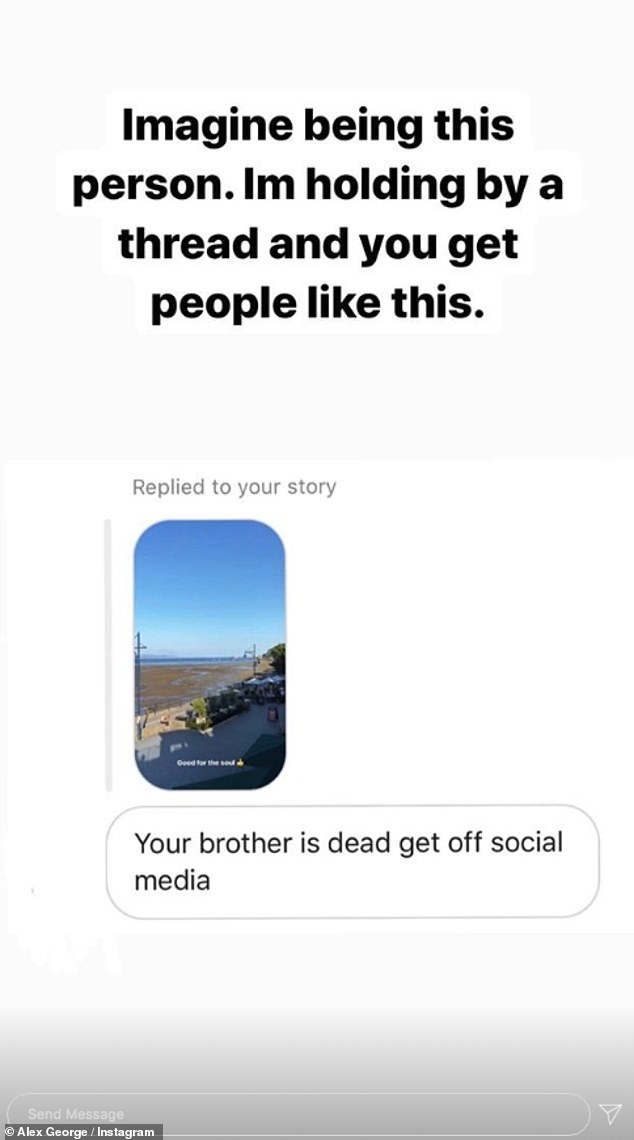 Shocking: Dr Alex was recently left shocked when a follower took issue with him for being on social media so shortly after Llyr passed away following a battle with mental health 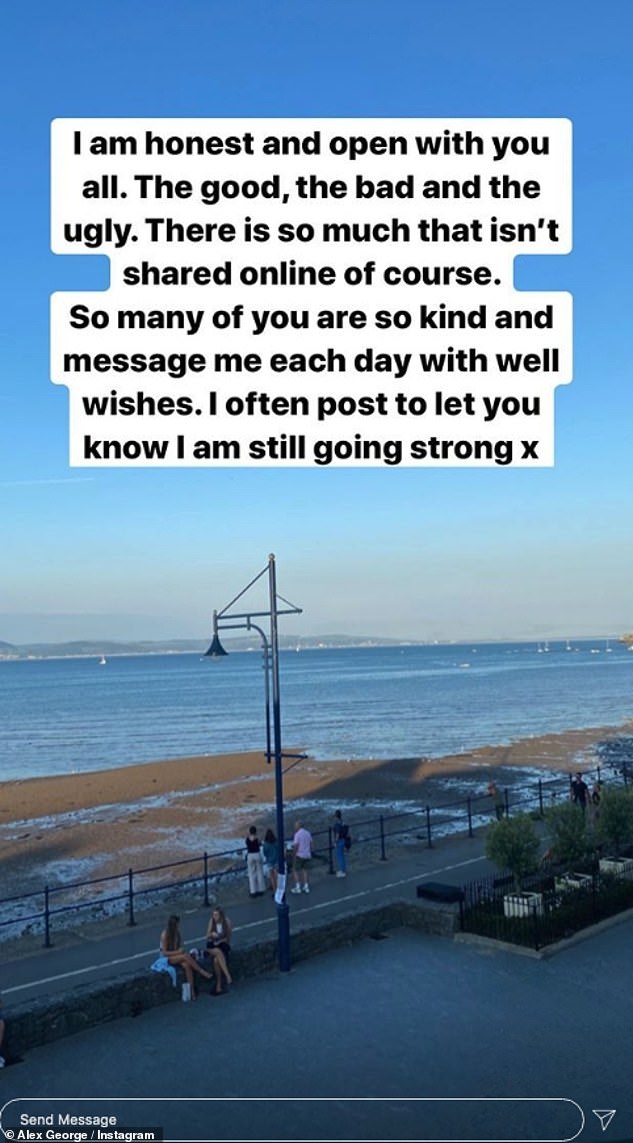 Response: In his Instagram story, the medic explained to his fans why he was on social media, as he thanked them for support during this tough time

In his next Instagram story, the medic explained to his fans why he was on social media, as he thanked them for support during this tough time.

He wrote: ‘I am honest and open with you all. The good, the bad and the ugly.

‘There is so much that isn’t shared online of course. So many of you are so kind and message me each day with well wishes.’

He concluded: ‘I often post to let you know I am still going strong x.’

The doctor also recently shared a Just Giving page that he set up in memory of his late brother, which he posted on his Instagram story in hopes that his followers could donate.

Just an hour after mentioning the fundraiser to raise money for mental health charities, Alex thanked his fans for their immediate contributions: ‘Wow, you guys are being so generous. Let’s do this!’

The current page has surpassed the £10,000 donation mark after receiving contributions from over 700 supporters.

Alex confirmed that his brother’s funeral took place at the beginning of August. Llŷrwas just weeks away from getting into medical school and following in Alex’s footsteps.

If you have been affected by this story, please call the Samaritans on 116 123 or visit www.samaritans.org 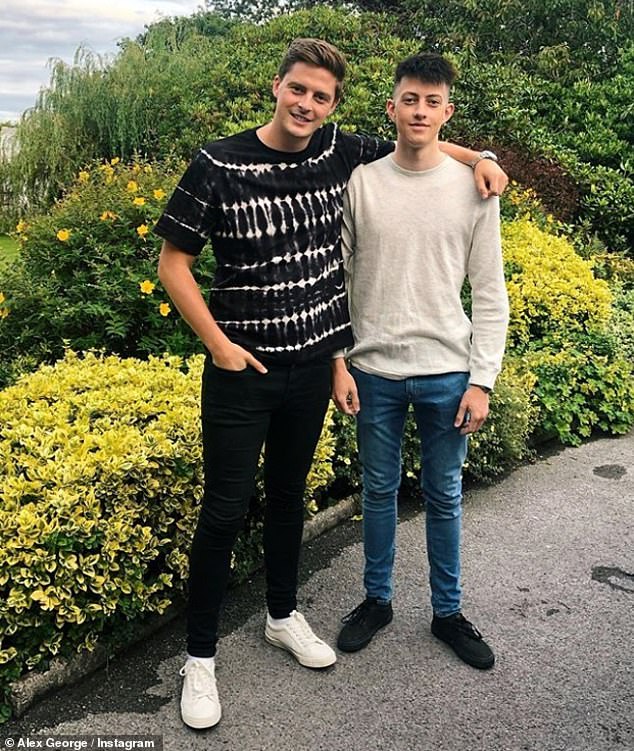 Heartbreaking: Llyr’s funeral took place at the beginning of August. Llŷr was just weeks away from getting into medical school and following in Alex’s footsteps