Celebrities have joined Britons across the country celebrating their first drink in the pub after more than 100 days away during lockdown.Stars inc


Celebrities have joined Britons across the country celebrating their first drink in the pub after more than 100 days away during lockdown.

Louise, 45, said ‘yasss we’re going for a pint’ from the back of a car on the way to the pub with her designer friend Lewis Shaw. 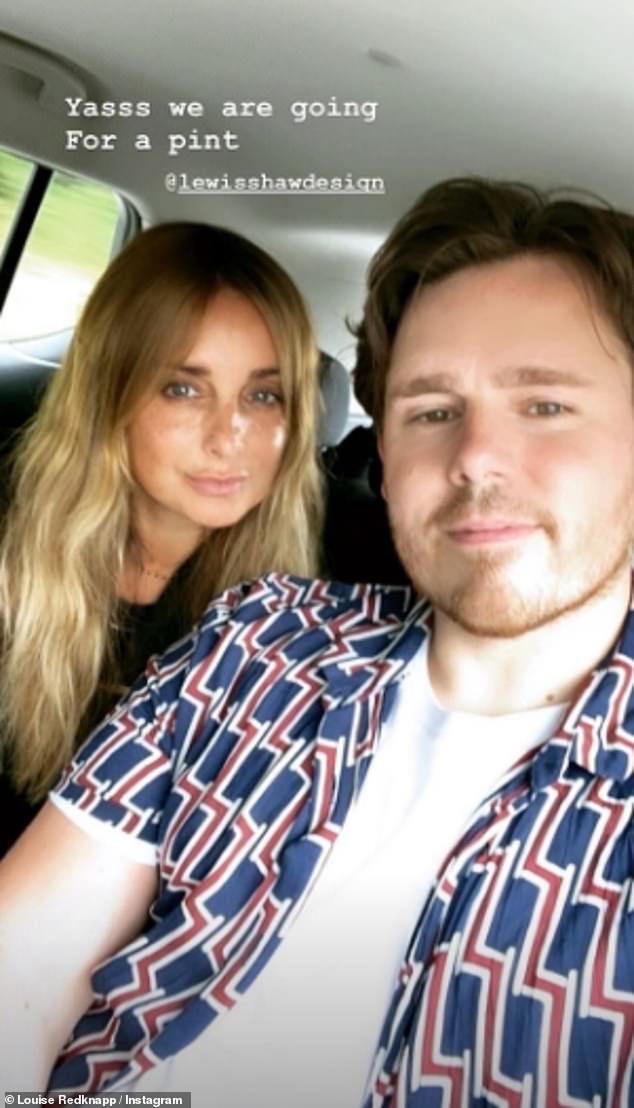 At long last: Louise Redknapp celebrated going to the pub on Saturday with her friend Lewis Shaw

The singer then shared a snap of her table covered in snacks, beers and cocktails as they made the most of their long-awaited trip to the pub.

Meanwhile Laura Whitmore cut a stylish figure as she hung out in a beer garden on Saturday.

The Love Island host, 35, was the picture of summer in a knitted co-ord and sunglasses as she enjoyed a pint outside. 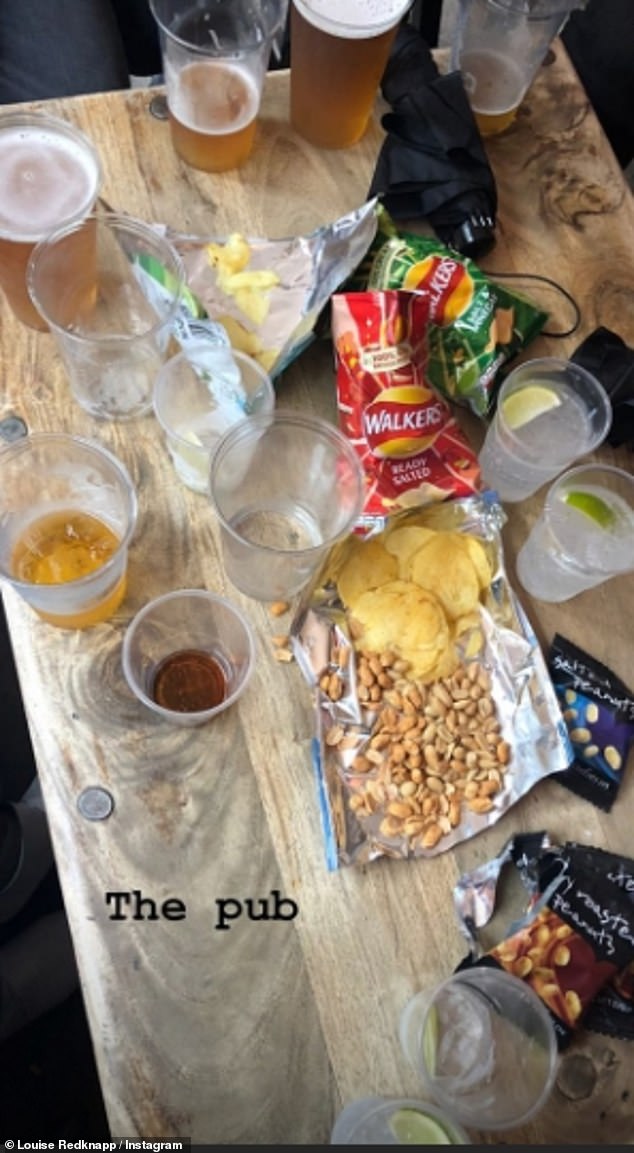 Good spread: The former singer, 45, shared a snap of her table covered with nuts, crisps and drinks 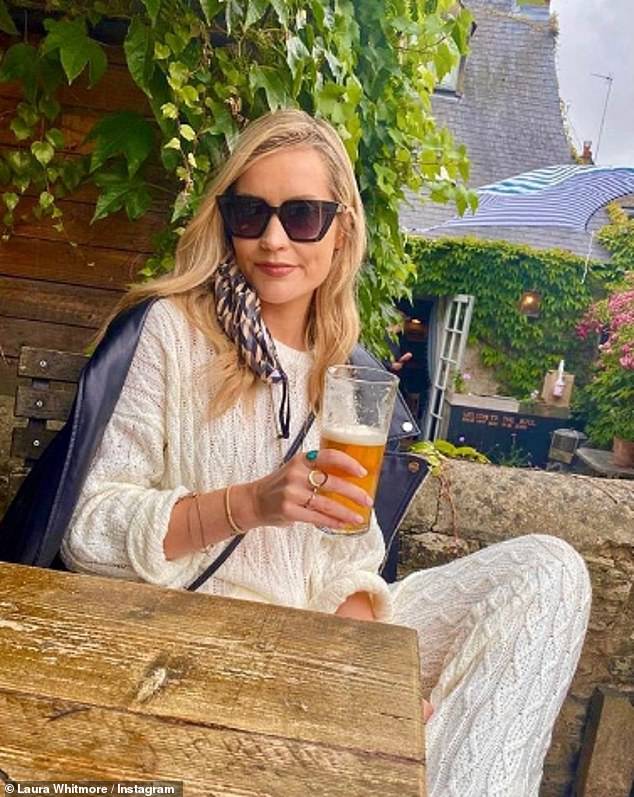 Stylish: Love Island host Laura Whitmore looked primed for the pub in a knitted co-ord as she enjoyed a pint

She wrote alongside the snap: ‘Cheers to the freakin’ weekend.’

Former Coronation Street star Lucy Fallon went on a trip to her local with her boyfriend Tom Leech.

The actress, 24, drank from a lavish cocktail while her beau enjoyed a bottle of Budweiser.

Thousands of drinkers have seized upon today’s wave of lockdown easing to enjoy their first pint since bars shuttered three months ago. 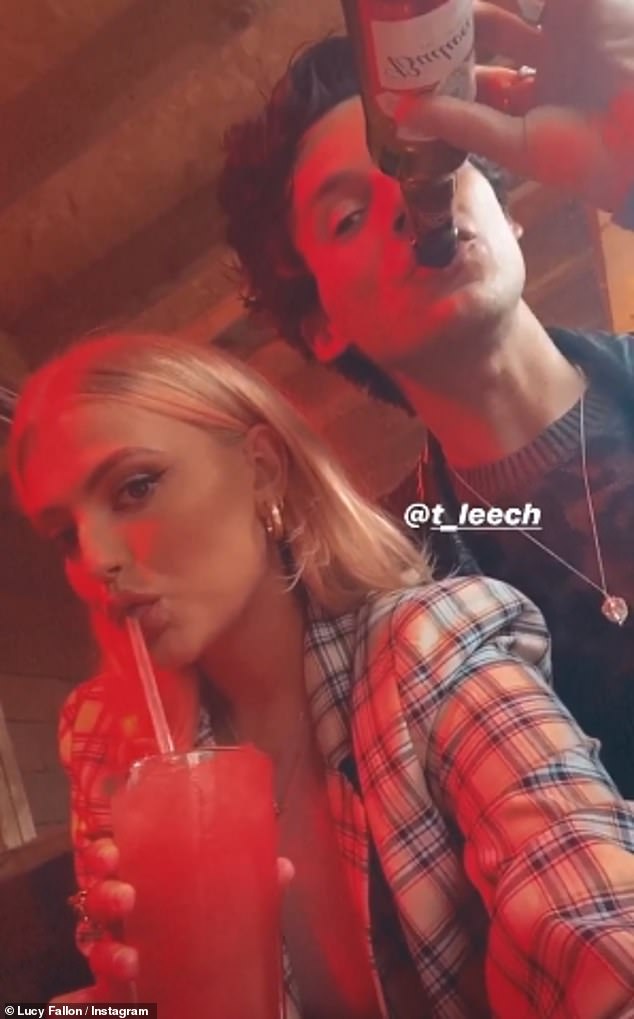 Worth the wait? Lucy Fallon enjoyed a cocktail while her boyfriend Tom Leech sipped from a beer bottle 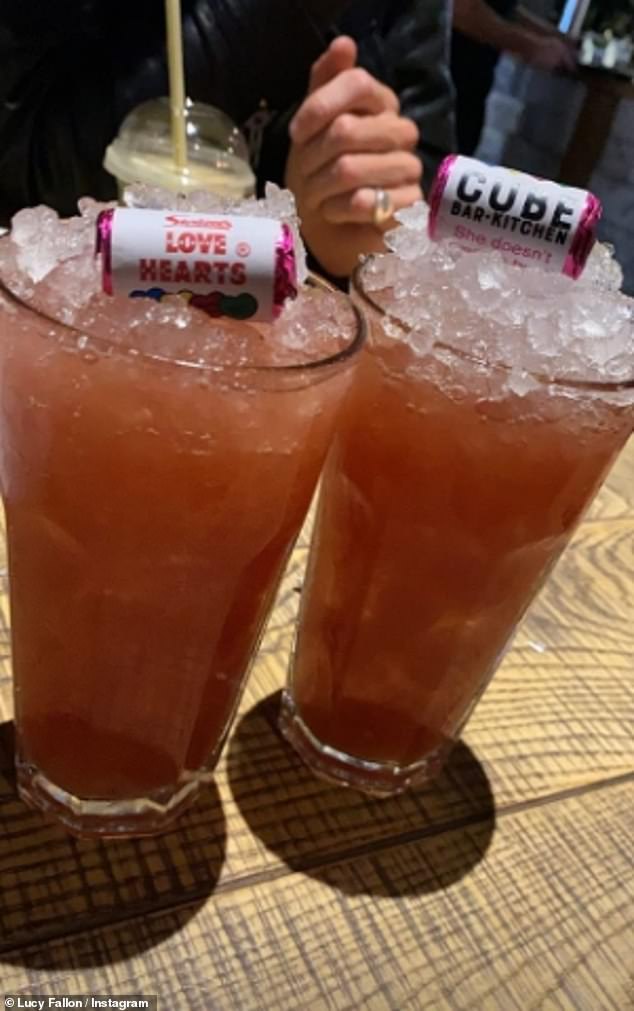 Treating themselves: The former Coronation Street star, 24, also showed off her lavish cocktails

But as the revelry grows livelier into the night, there are fears pub-goers will fail to stick to rules to keep ‘one-metre-plus’ apart.

London’s Borough Market was heaving this evening and drinkers were pictured sipping foamy pints while bunched together on the street.

Pub-goers are set to sink a staggering 15million pints at 23,000 establishments across the country, experts predicted.

They will be hit with hiked prices for beer, wine, cider and spirits as pubs including Wetherspoons desperately try to make up for lost business. 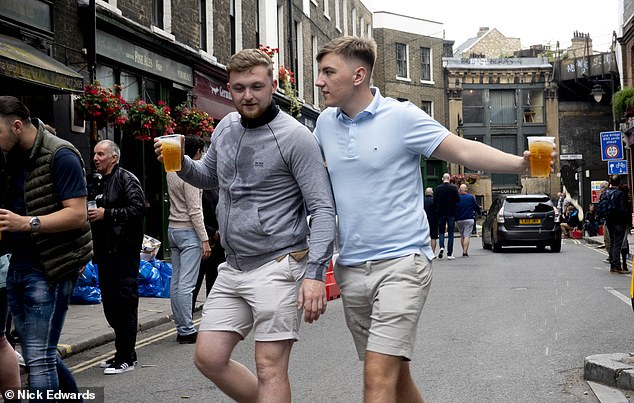 These two pub-goers were seen carrying plastic pints as they walked through the street in Borough Market, London 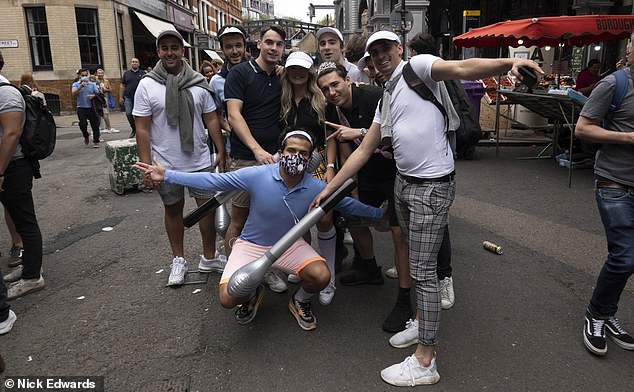 Some, such as this group in London, took the opportunity to play ‘pub golf’, a game in which pub-goers move from watering hole to watering hole trying to finish their drinks in as few sips as possible 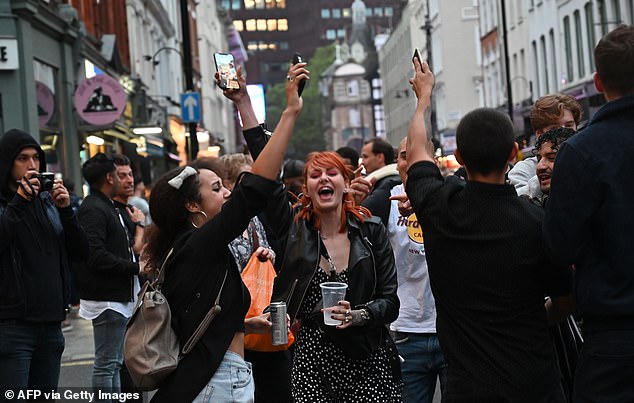 Revellers were seen dancing in the street in Soho, London, where a man started playing live music to pub-goers in the area

But that has not stopped revellers descending on the chain’s pubs in their numbers, including The Regal, in Cambridge, where drinkers reportedly waited for up to an hour to get in.

Roads are expected to be gridlocked in many areas as more than 10million motorists take to their cars and flock to beauty spots.

Meanwhile A&E departments are preparing for a surge in booze-fuelled patients by setting up tents outside hospitals to keep people socially distanced as they wait. 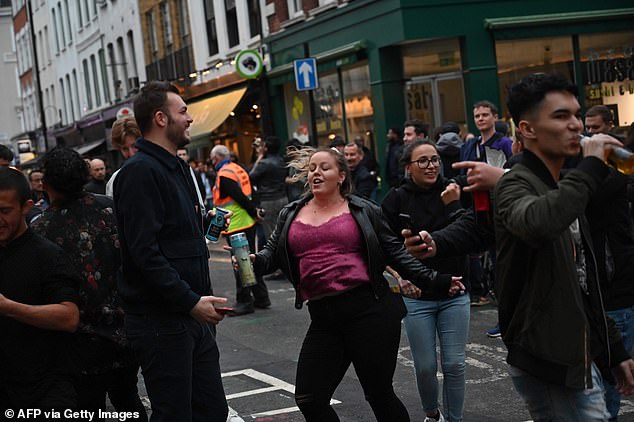 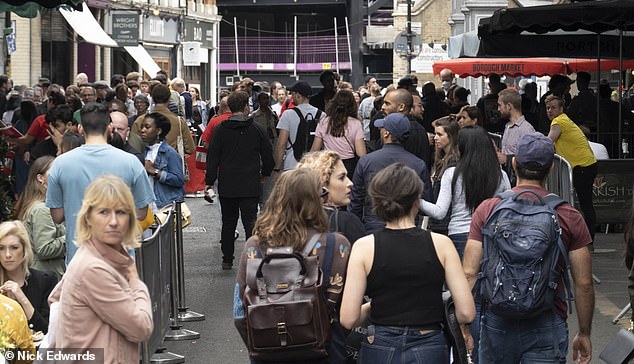 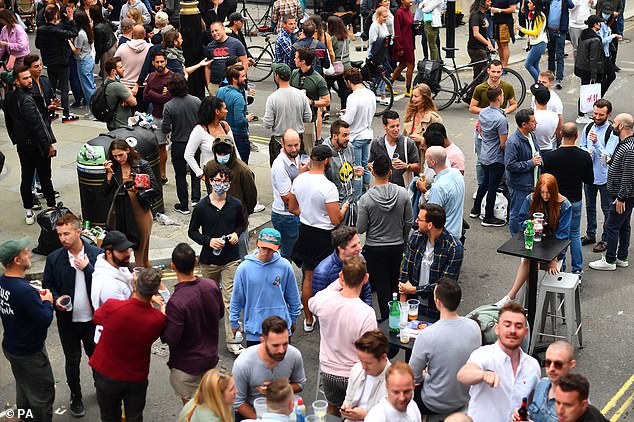 Borough Market wasn’t the only busy London hot-spot to be crowded by pub-goers. The streets of Soho in London were also busy today

Police in Devon and Cornwall tonight say they received more than 1,000 reports, most of which were ‘drink-related’, while police near Bradford were called to reports of 200 people packed into a village pub.

In Leicester, where a local lockdown has been enforced due to a spike in coronavirus cases, police say there are ‘more officers on duty than on New Year’s Eve – to prevent people attempting to sneak out of the city in order to reach the pubs outside the lockdown zone. 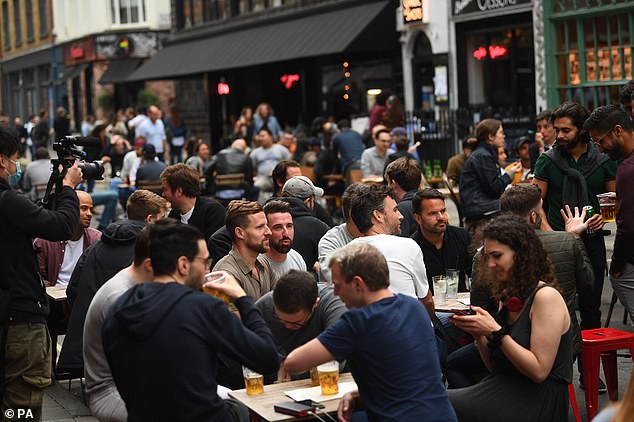 'Are you joking?' Verhofstadt brutally mocked after claiming EU is 'full-blown democracy' 0

Stomach bloating: The digestive disorder that could be behind the bloat 0

How physically taxing jobs can affect the brain 0

High blood pressure: Feeling this sensation in your head? It may be an early warning sign 0