A very pregnant Lea Michele has made a habit of enjoying the great outdoors for her daily dose of exercise.

And on Saturday she kept up her healthy routine when she headed out for a walk with her husband Zandy Reich along the suburban streets of Santa Monica in Los Angeles.

The couple also appeared to take their stroll through the hills of Santa Monica from the looks of a couple photos taken amid the trees and brush that she shared on her Instagram Story. 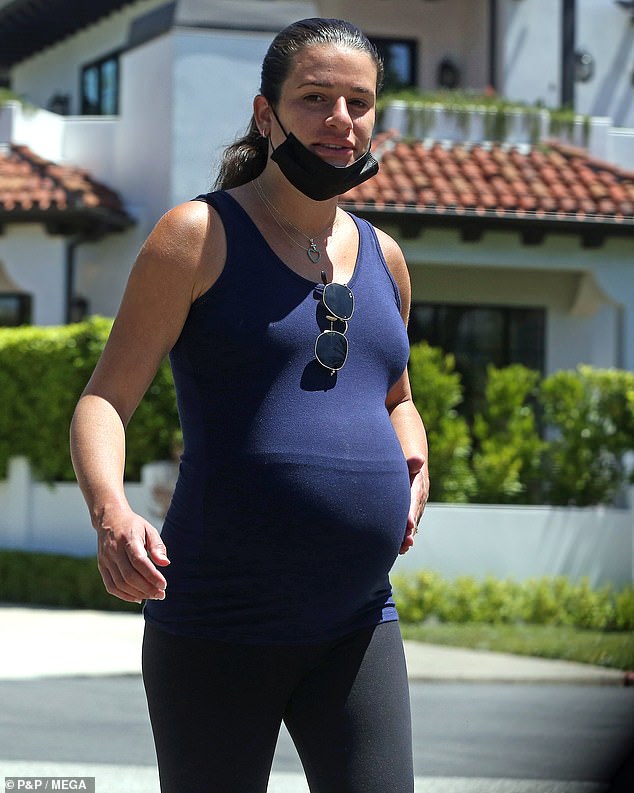 Lea Michele, 33, proudly showed off her growing baby bump during a walk in the Santa Monica neighborhood of Los Angeles on Saturday

The 33-year-old actress kept it comfortable and sporty in black leggings and a fitted, navy blue tank top that hugged her growing baby bump.

She also wore black sneakers, pulled her dark brown tresses back into a ponytail and, at times, donned dark sunglasses.

And in adherence to health and safety protocols amid the still raging COVID-19 pandemic, Michele and Reich both had a black protective masks on their faces whenever they were near people on the street.

Her 37-year-old husband of 17-months also opted for a sporty look in black shorts, t-shirt, sneakers and a baseball cap. 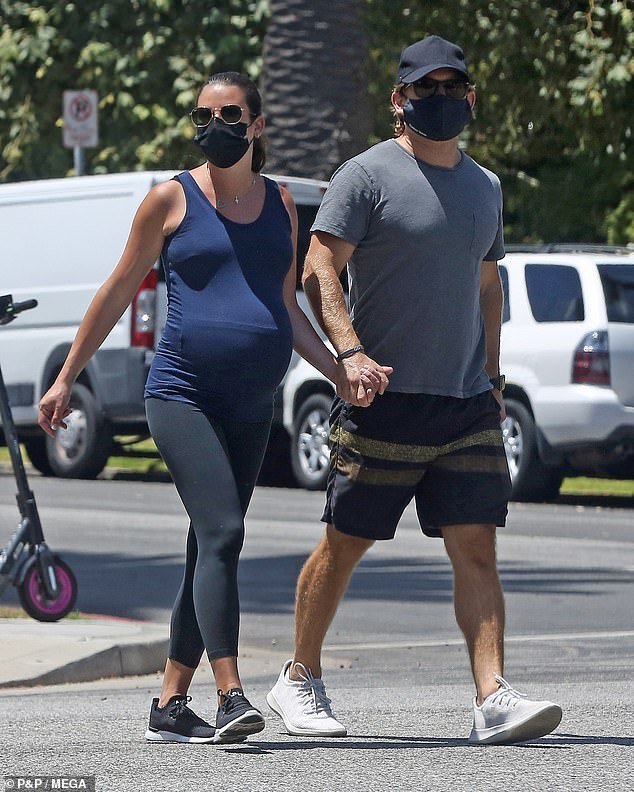 PDA: The former Glee star held hands with he husband, Zandy Reich, 37, during some of their stroll through the streets 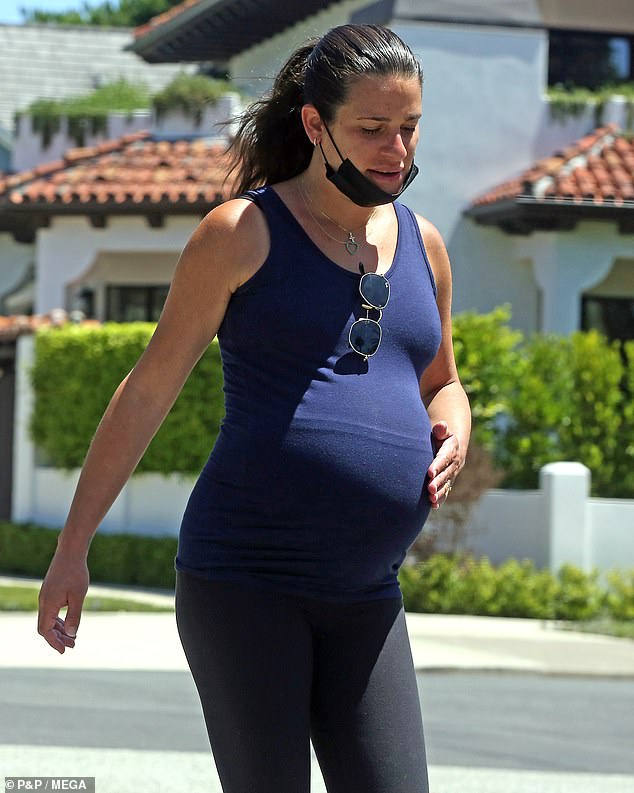 Mommy-to-be: On several occasions, the Bronx, New York native could be seen touching or cradling her stomach 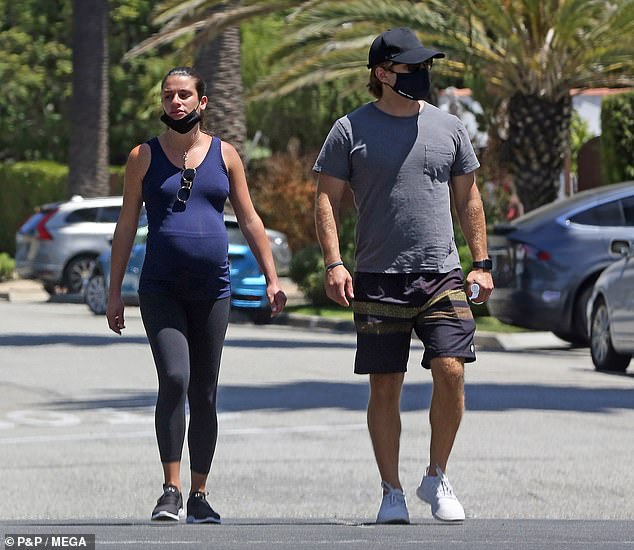 Safety first: In adherence to safety protocols amid the COVID-19 pandemic, Michele and Reich both wore black protective masks whenever they were in the vicinity of people 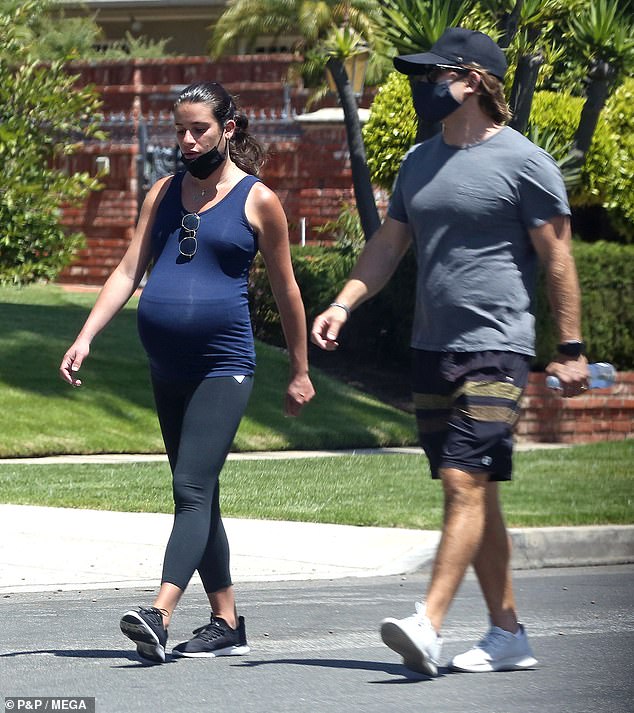 Casual: Reich opted for a sporty look in black shorts, t-shirt, sneakers and a baseball cap

It appears the couple wanted to soak in some of Mother Nature’s beauty when they took their stroll to the hills of Santa Monica.

Michele shared two photos taken during their rendezvous of the gorgeous greenery on her Insta-Story later in the afternoon.

The Bronx, New York native confirmed her pregnancy in May, posting a snap of herself cradling her much-smaller baby bump.

This will be the couple’s first child together.

The Brunette Bombshell author started dating Reich in July 2017 and were eventually wed in March 2019 in Napa, California.

Comfy: The actress kept it comfortable and sporty in black leggings and a fitted, navy blue tank top that hugged her growing baby bump 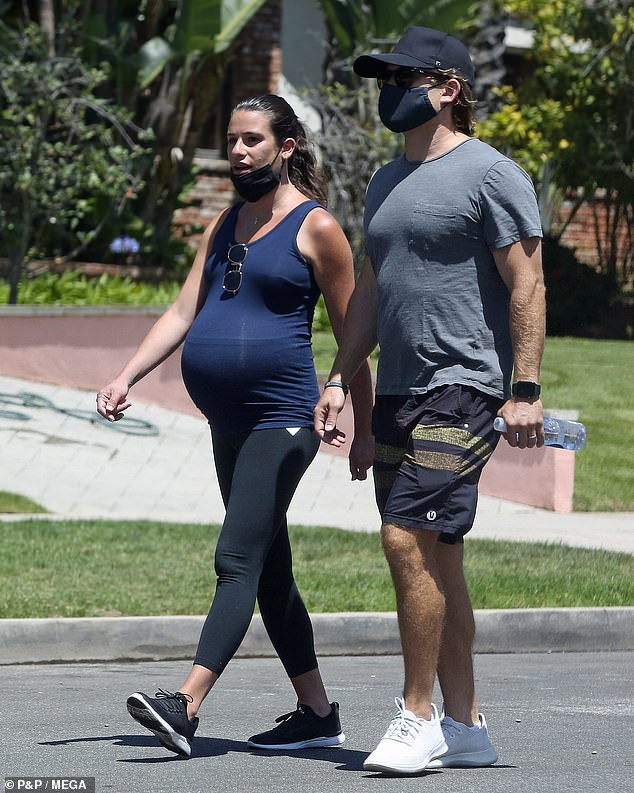 Going public: The Bronx, New York native confirmed her pregnancy in May 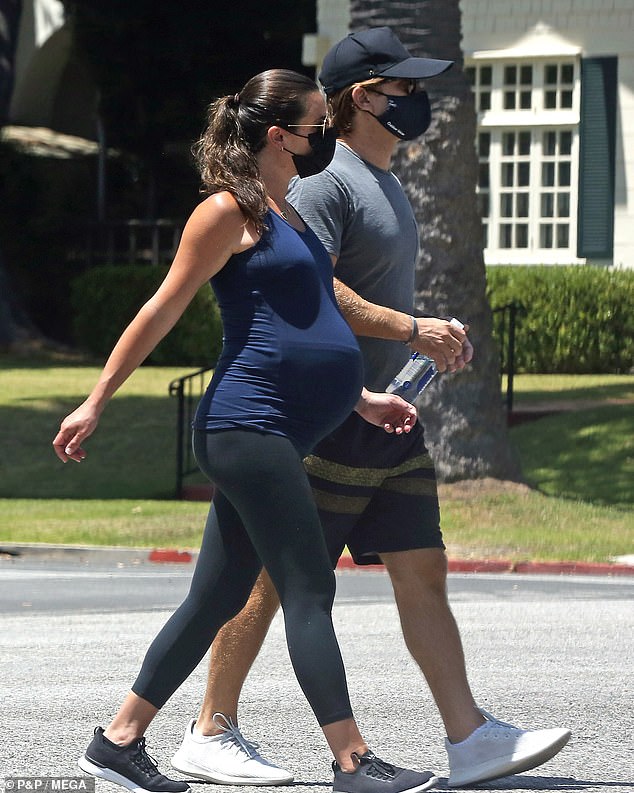 Getting ready! It appear Michele had been pregnant for awhile for disclosing it publicly 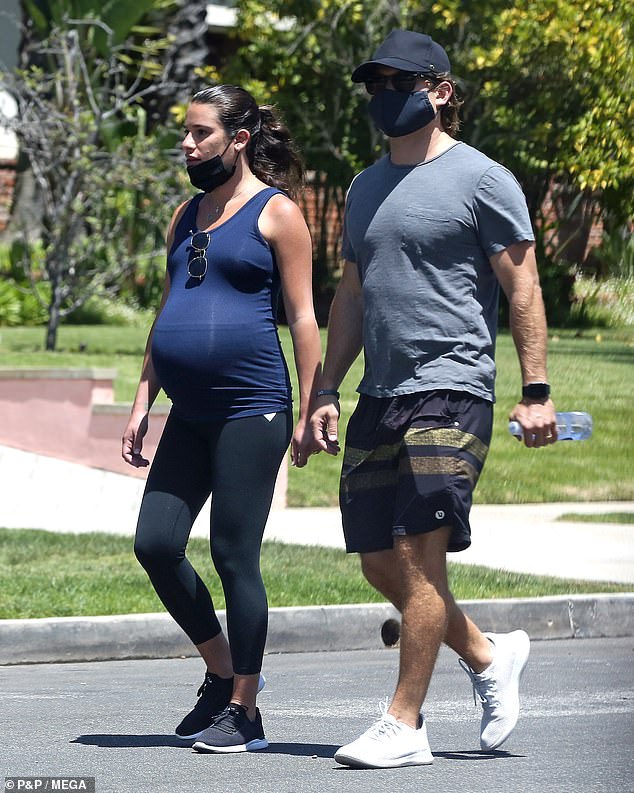 Excited first-time parents: This will be the couple’s first child together 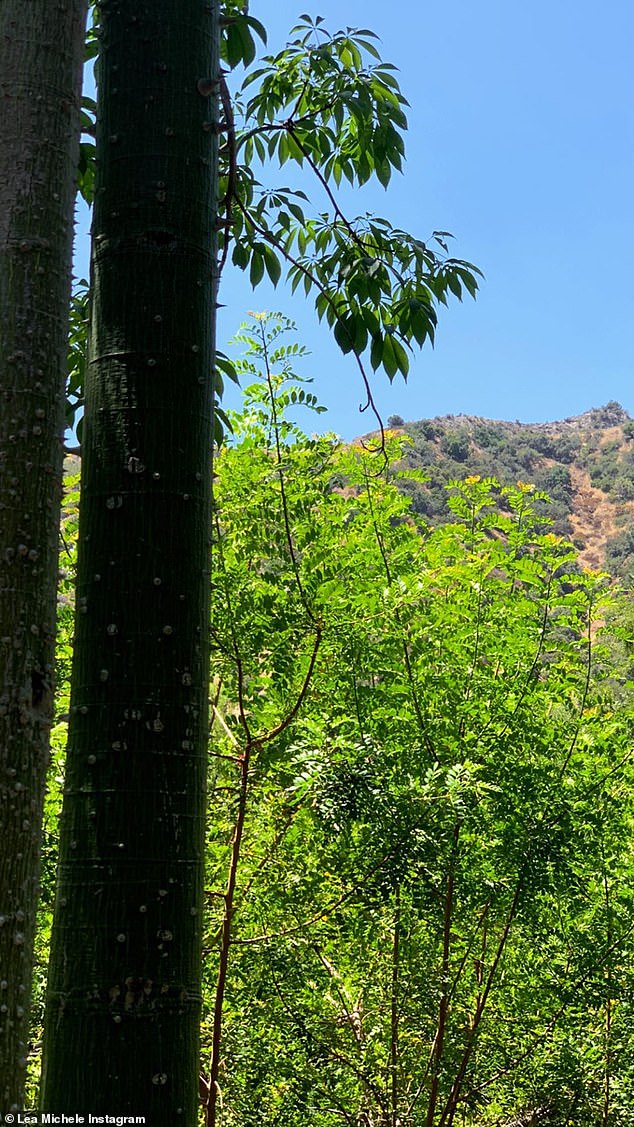 Mother nature: Later in the afternoon Michele shared a couple of snaps of the green brush and trees that were taken during their walk on her Instagram Story

Jason Sudeikis gets tested for COVID-19 while presenting Emmy Award: 'I think you dented my brain' 0

McDonald’s discount hack: How to pay just £1 for Big Mac AND medium fries 0

Cruz, ahead of Antifa hearing, describes riots in US cities as ‘organized terror attacks’ 0