She’s been extremely busy since the release of her latest album Chromatica.

But Lady Gaga, 34, took some time off to relax by the pool with her dog on Sunday. 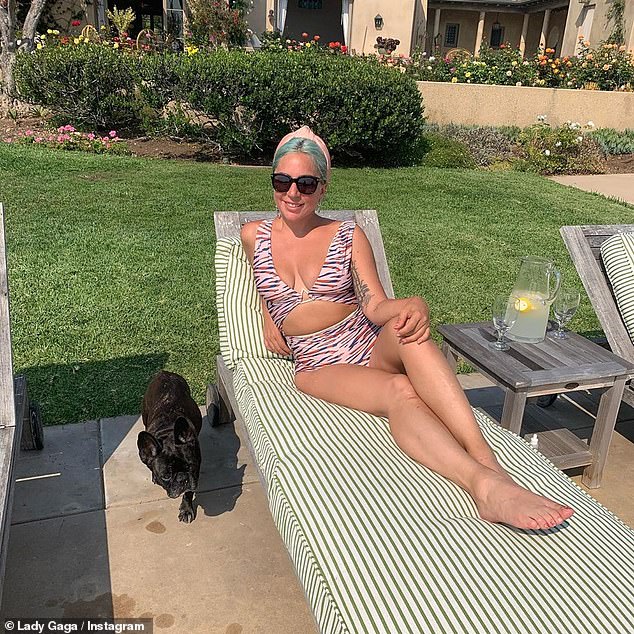 Stunning: Lady Gaga flashed her toned stomach in a plunging leopard print swimsuit as she lounged by the pool with her dog on Sunday

The pop sensation accessorised by brushing her mermaid green locks back with a pink headband and huge black sunglasses as she beamed at the camera.

She showed off her lithe legs and ample assets as she soaked up the sun in her garden alongside her French Bulldog Gustavo.

Referring to the name of her latest album the star captioned the sizzling post: ‘Happy weekend from Chromatica! Wishing you a relaxing afternoon!!!!’ 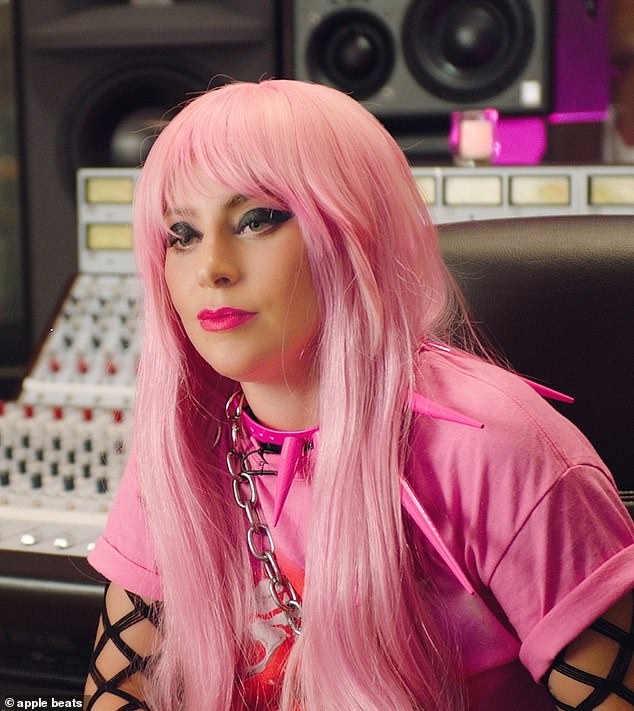 Candid: The post comes after earlier this month the singer revealed she is taking anti-psychotic medication because she ‘can’t always control what her brain does’

The post comes after earlier this month the singer revealed she is taking anti-psychotic medication because she ‘can’t always control what her brain does.’

In a frank and open discussion with Zane Lowe on Apple Music’s Beats 1 radio station she said that she has found olanzapine helpful – a drug used to treat schizophrenia and bipolar.

She said: ‘I wrote a song on Chromatica called 911, and it’s about an anti-psychotic that I take and it’s because I can’t always control things that my brain does and I have to take medication to stop the process that occurs.’

She added: ‘I know I have mental issues and I know that they can sometimes render me non-functional as a human.’

Lady Gaga previously said that she went on medication after being repeatedly raped at the age of 19, leaving her with PTSD.

She said at Oprah’s 2020 Vision: Your Life In Focus Tour in Florida back in January: ‘I had a psychotic break, I’ll explain what happened. Here’s my brain, here’s the center.

‘And then, I was triggered really bad in a court deposition, and this part of the brain where you stay centered and you don’t dissociate, right? It went like this,’ she said, before slamming her hand down.

‘It slammed down.  And my whole body started tingling, I started screaming,’ she said. Asked by Oprah where she was at, she replied, ‘I was in the hospital.’ 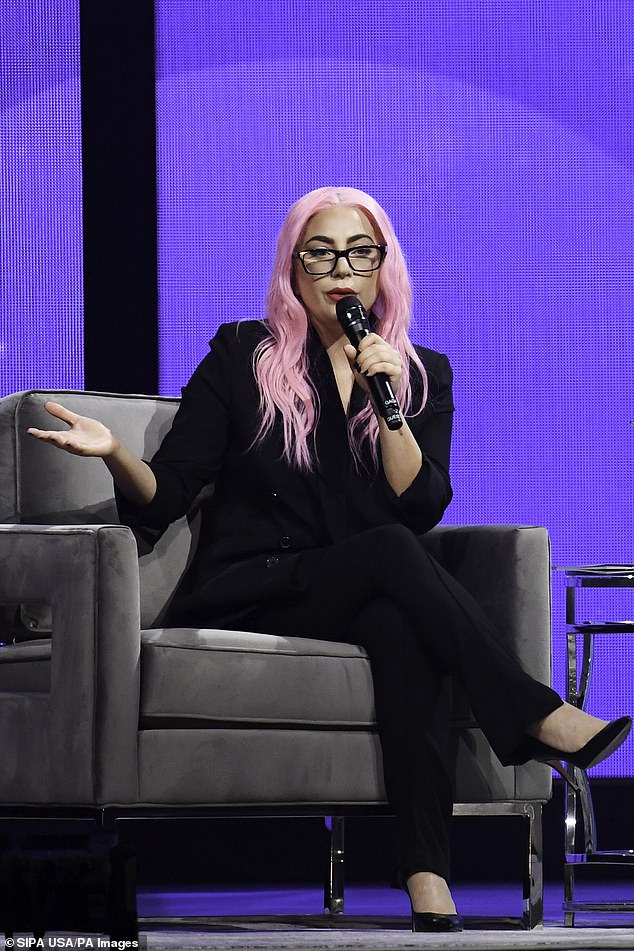 ‘I was in the hospital’: Lady Gaga went into further detail about the psychotic break she experienced after sitting for a court deposition during a conversation with Oprah in January

‘It’s very difficult to describe what it feels like other than that at first, you are completely tingling from head to toe, and then you go numb, but what is essentially happening is the brain goes, ‘That’s enough, I don’t want to think about this anymore, I don’t want to feel this anymore,’ boom,’ she said, slamming her hand down again.

‘And literally break from reality as we know it,’ Oprah added.

‘You break from reality as we know it, you have no concept of what’s going on around you,’ she explained.

Gaga said she was evaluated by a psychiatrist, much to her initial annoyance.

”Can you get me a real doctor?” Gaga recalled asking.  ‘He was like, ‘Hey, so nice to meet you.’ And he sat down and I was like, ‘I need medicine, I don’t feel well. I can’t feel… help me.’ And then he just said, ‘I need you to explain to me what happened today.’ And I was so annoyed.

‘But I’m telling you this story because even I, who run Born This Way foundation with my mother, was irritated that they brought a psychiatrist in to help me. That’s how gone I was.’ 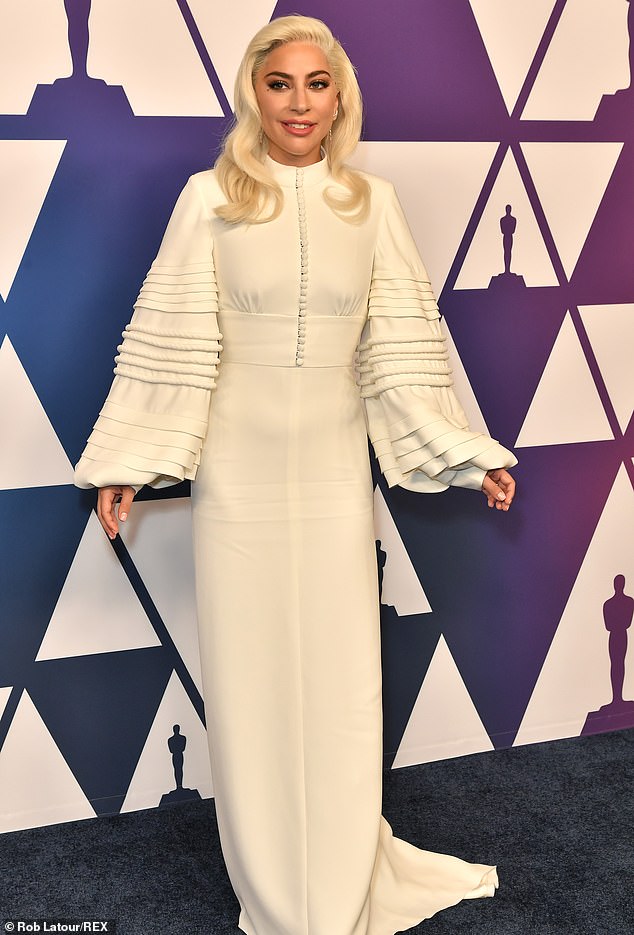 Honest: The star has always been open about her mental health struggles which she has suffered with from a young age

Should NFL set moratorium on hirings until after Super Bowl? 0