Kyly Clarke spent three months working as a judge on House Rules alongside builder Saul Myers this year.And even though the Channel Seven show wrap

And even though the Channel Seven show wrapped up in early June, Kyly and Saul haven’t stopped spending time together.

Last week, Kyly, 38, and Saul, 32, were spotted enjoying a friendly stroll together in Sydney’s Bondi. 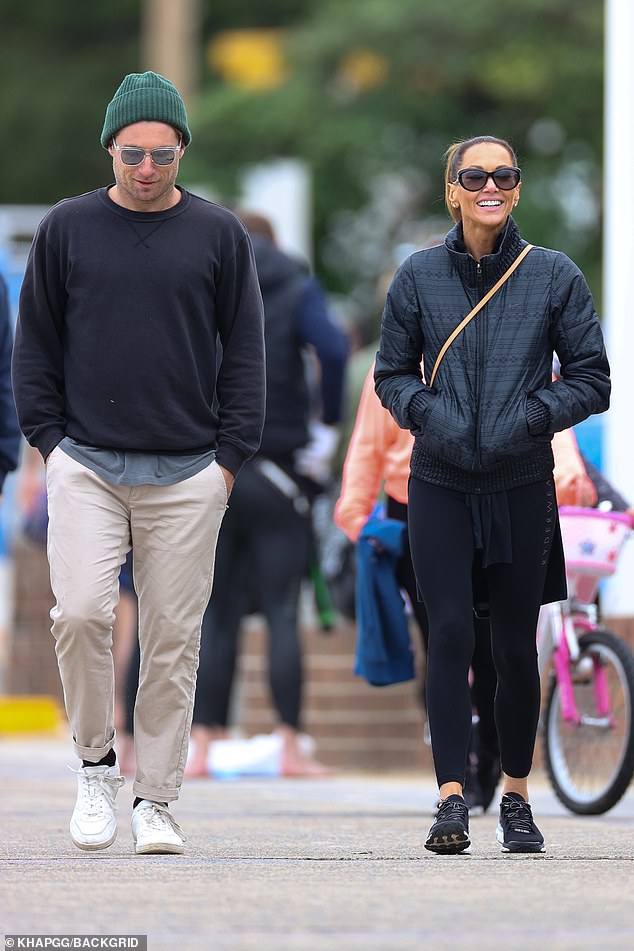 The former WAG couldn’t wipe the smile off her face as she laughed and chatted with single dad Saul.

She was dressed in a stylish activewear ensemble consisting of black leggings, a matching jacket, sneakers and sunglasses.

The House Rules judges walked down the footpath together, before stopping and enjoying a friendly conversation. 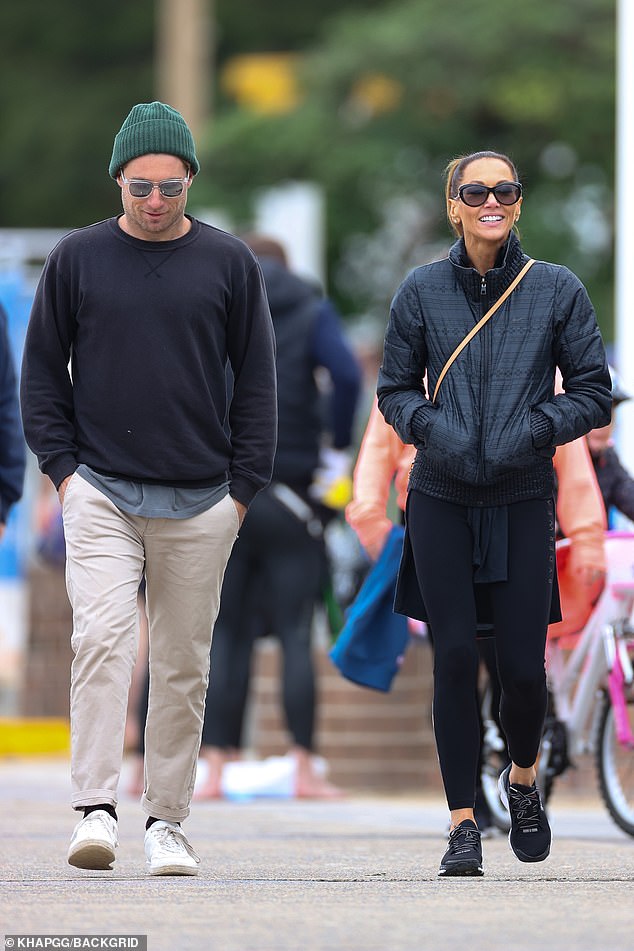 Good times: The former WAG couldn’t wipe the smile off her face as she laughed and chatted with single dad Saul 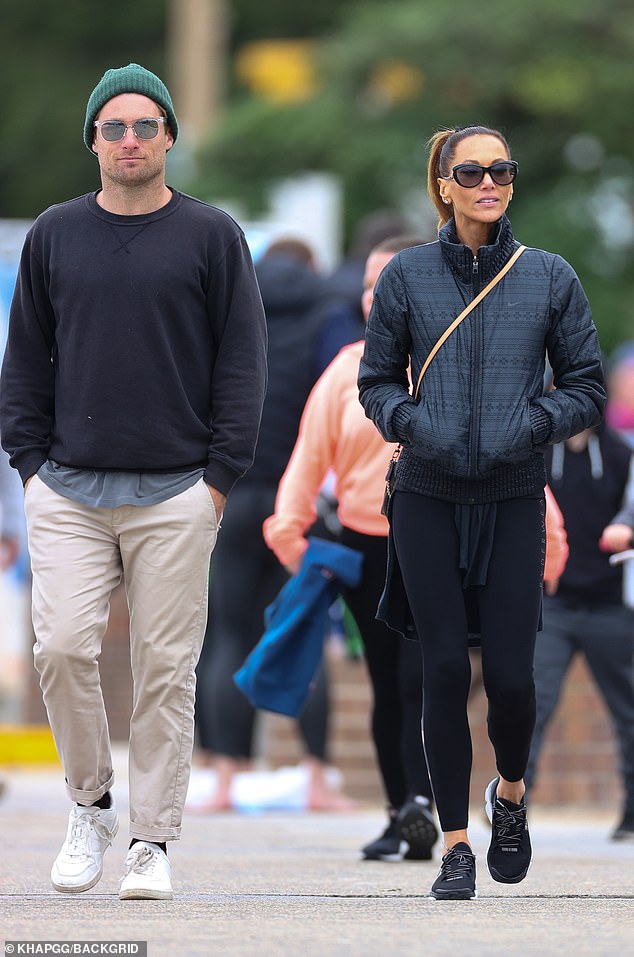 Stylish: She was dressed in a stylish activewear ensemble consisting of black leggings, a matching jacket, sneakers and sunglasses

The sighting comes after reports that Kyly was seeking comfort in her co-star following her split from husband Michael Clarke, 39.

According to Woman’s Day in April, she had forged a close bond with Saul while filming Channel Seven’s popular renovation show.

Saul had supposedly given Kyly a shoulder to cry on during her marriage breakdown. 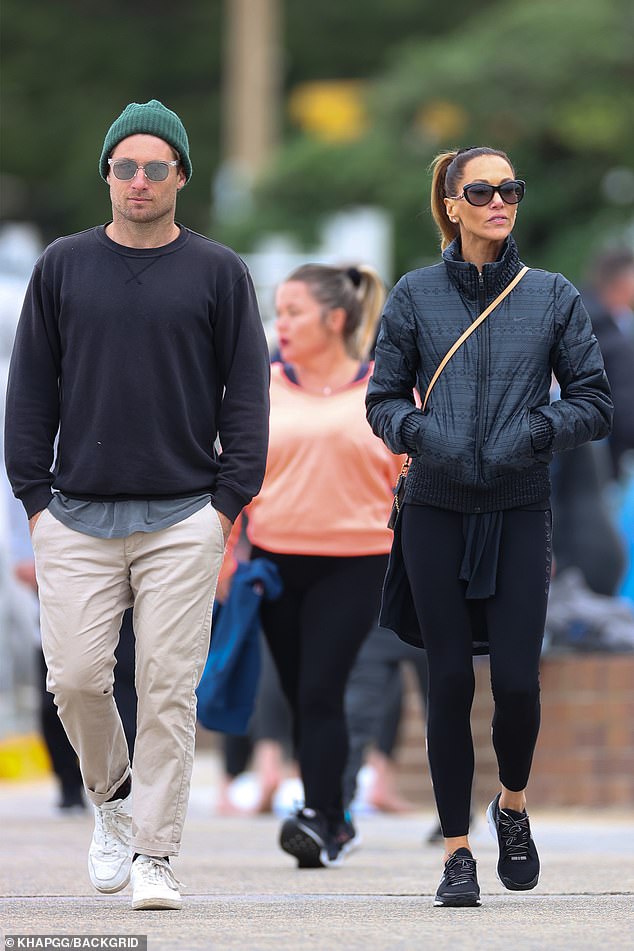 Shady: Possibly to avoid being recognised by fans, both Saul and Kyly wore sunglasses 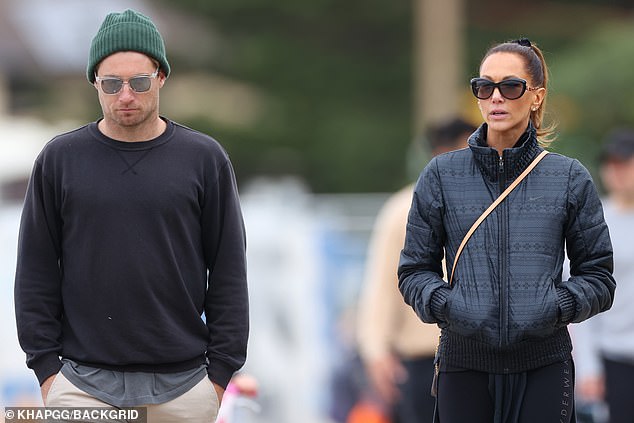 Chilling: The pair seemed to enjoy the cool weather as they walked and talked

‘She loves his work ethic and thinks he’s so smart and funny,’ a source claimed. ‘And their chemistry is undeniable. It’s certainly turning a lot of heads.’

Kyly and Saul have plenty of things in common aside from their shared passion for home renovation.

For one, the pair both know what it’s like to raise their child as a single parent. 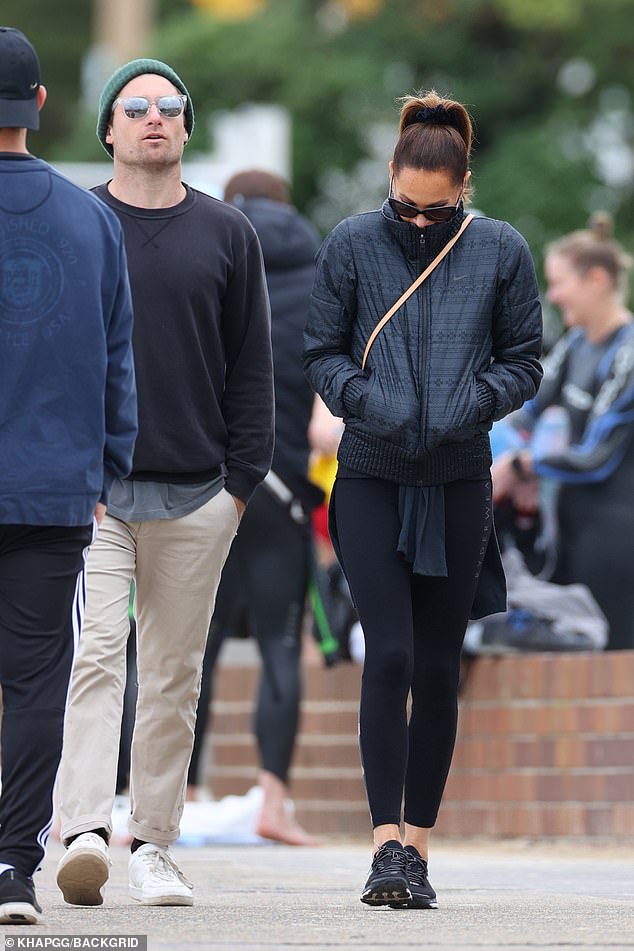 Feeling cold? At one point, Kyly buried her hands into her pockets 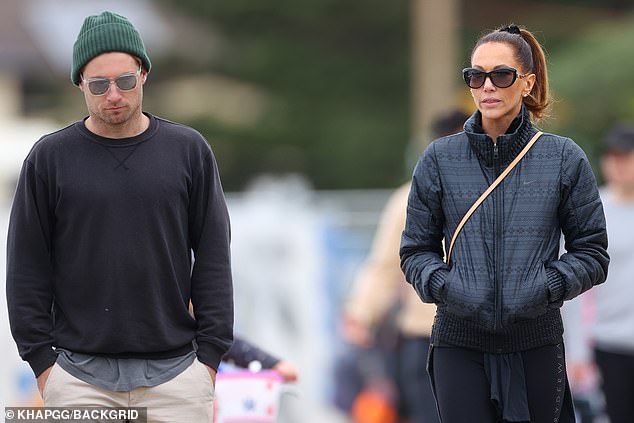 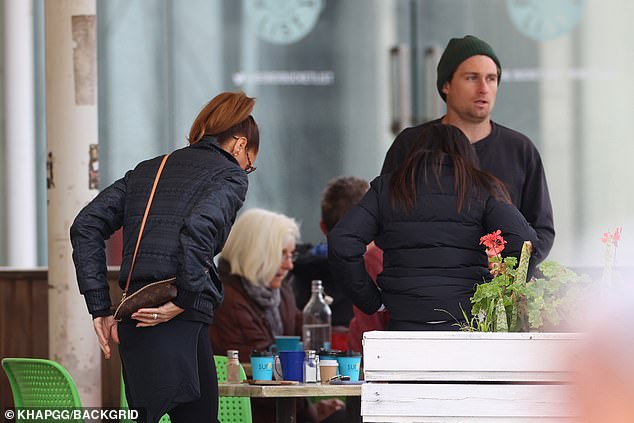 Getting coffee? At one point, the pair appeared to get coffee together at a nearby cafe

Saul has a son named Brooklyn from a previous relationship, while Kyly and Michael are parents to four-year-old daughter Kelsey Lee.

They also share a passion for fitness. Saul is part-owner of a trendy gym while the former WAG regularly posts videos of her workouts to social media.

Kyly and Michael ended their marriage in September, but didn’t announce their separation until five months later, in February. 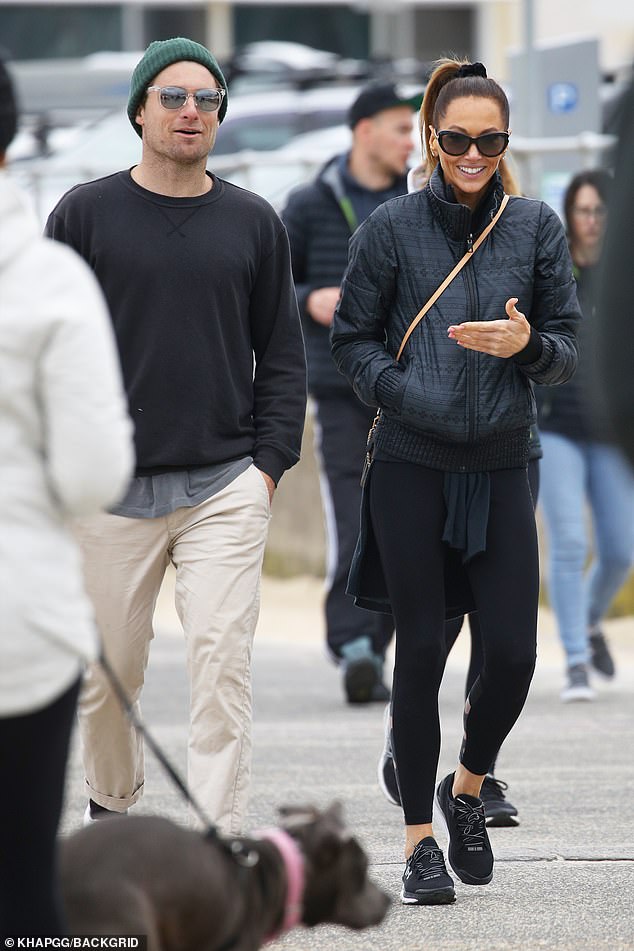 Happy days! Kyly couldn’t wipe the smile from her face as she enjoyed her time with Saul 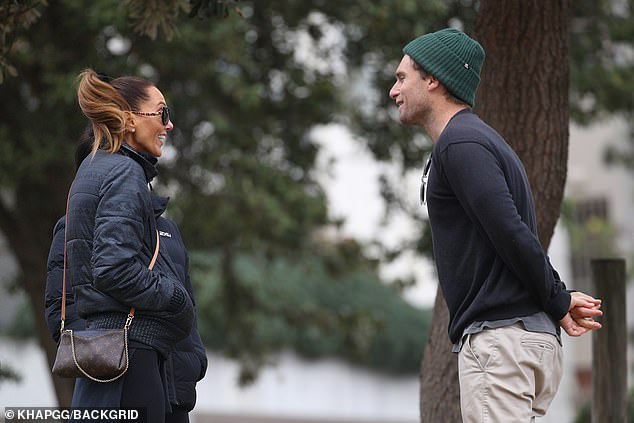 Chit chat: The co-workers were engaged in a friendly conversation near a tree 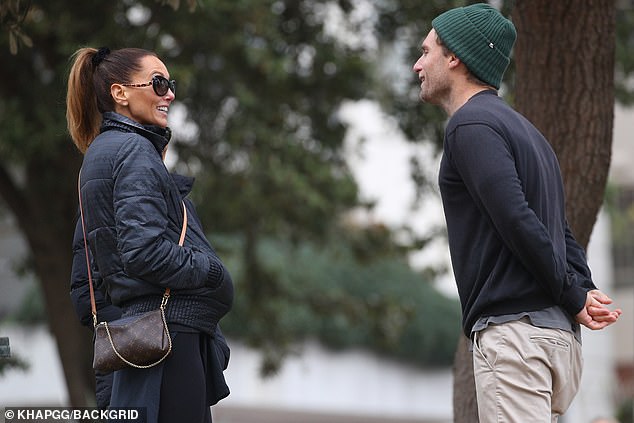 Surprised? At one point, Kyly seemed surprised by something Saul said

The Clarkes, who were high-school sweethearts, have said the ‘amicable’ decision to separate was ‘the best course’ for Kelsey Lee.

Michael and Kyly have reportedly already agreed terms on their divorce – as well as arrangements to co-parent their daughter – without going through the courts. 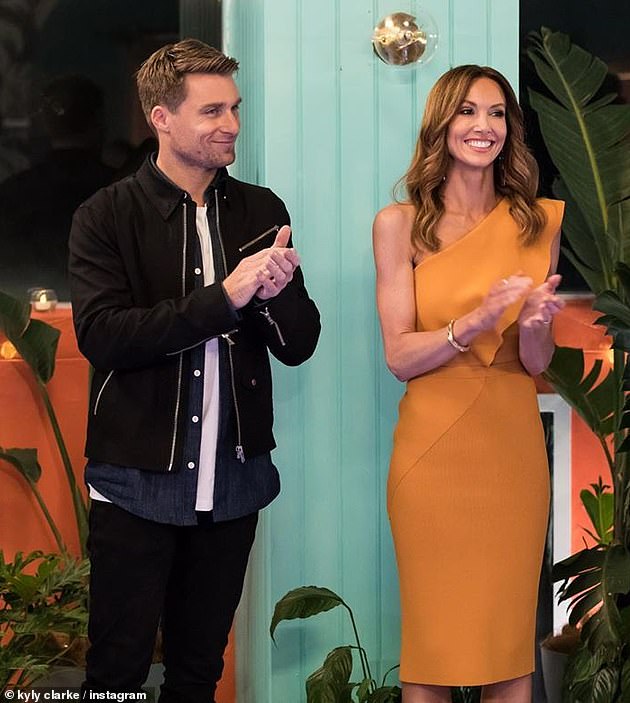 ‘She thinks he’s so smart and funny’: The sighting comes after reports Kyly was seeking comfort in her co-star following her split from Michael. Pictured together on House Rules 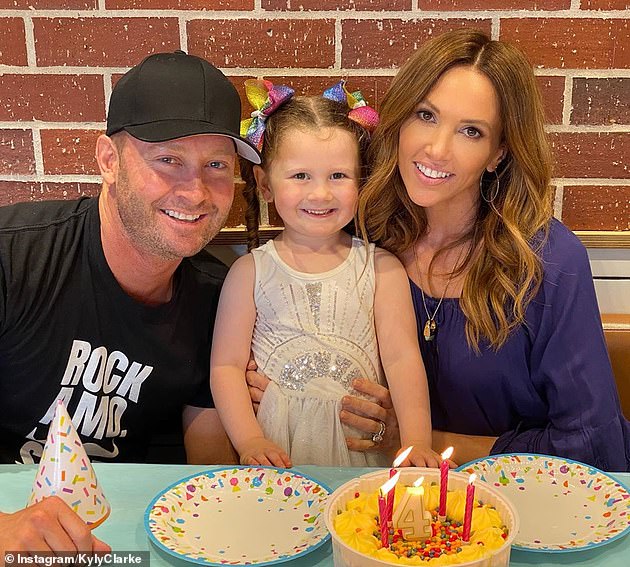 Splitsville: Kyly and Michael ended their marriage in September but didn’t announce their separation until February. They share custody of four-year-old daughter Kelsey Lee (pictured)

Rumours first emerged the pair were seeing each other in February, after they were spotted together on several occasions in Sydney’s eastern suburbs.

However, they both denied they were anything more than friends at the time.

It’s believed they briefly split in April because the former sportsman didn’t like the media attention that came with being linked to the P.E. Nation founder.

However, they have since reconciled and were recently spotted having dinner together in Bondi accompanied by Pip’s son, Justice. 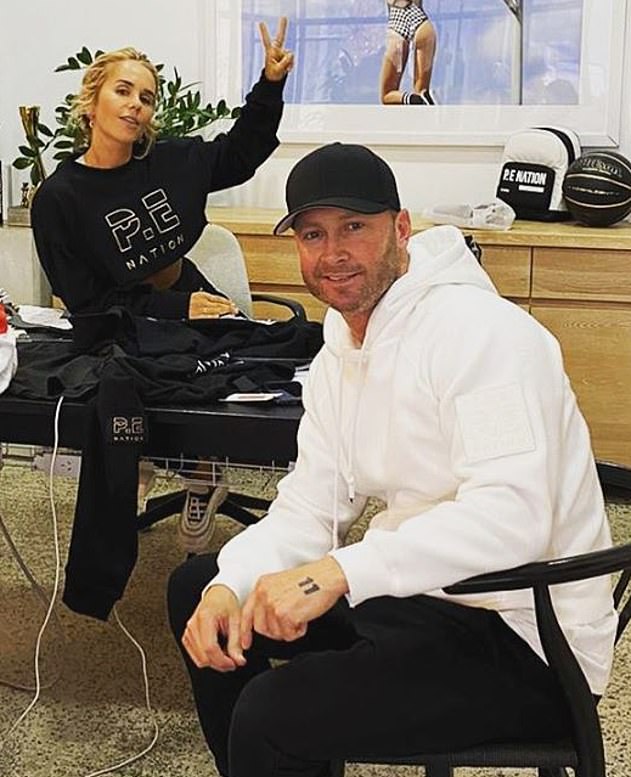 Second wave: Is a second wave happening? The four countries at risk 0

Coronavirus update: A natural remedy may ‘help to reduce early symptoms and progression' 0

Have You Been Paying Attention? Marty Sheargold slammed for 'unfunny jokes' 0