Kylie Jenner had her glam squad perfect a perfect retro-inspired look for a birthday bash on Thursday night.

The 23-year-old reality star helped best friend Zack Bia celebrate his birthday in West Hollywood and was seen carrying a cardboard cutout of him as she entered Chateau Marmont in West Hollywood.

Kylie looked ready to party in a red wrap dress and white over the knee boots and grinned as she led the way with Zack following behind her. 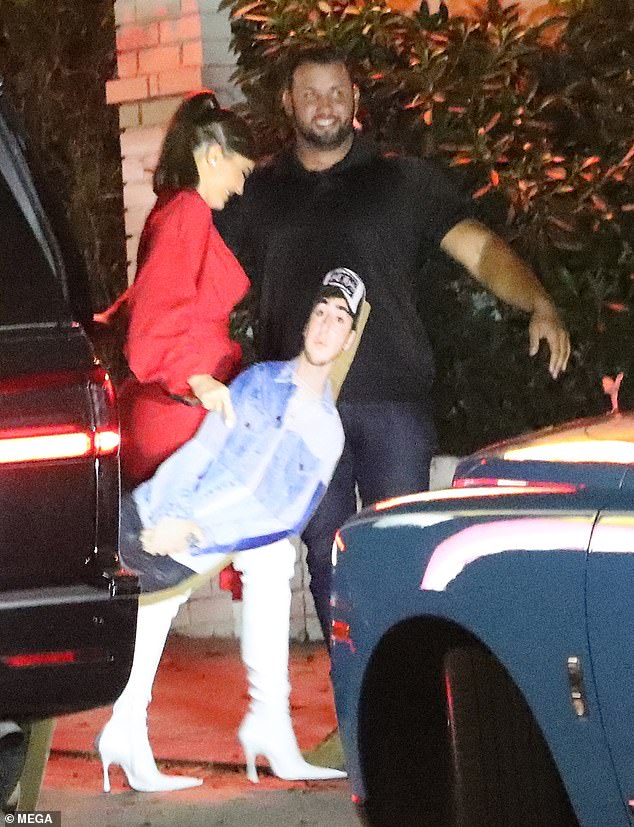 Party time: Kylie Jenner carried a cutout of pal Zac Bia on Thursday night as she celebrated his birthday with him at Chateau Marmont in West Hollywood

The duo partied until 3am Friday morning, an eyewitness revealed.

Zack, 23, is a socialite and works as a club promoter for hotspots like Delilah and The Nice Guy in LA.

He used to date Madison Beer for around a year before breaking up in March 2019.

Earlier this week, Kylie shared photos from her birthday trip to Turks and Caicos last week, posting sweet videos of her daughter Stormi, two, playing with her cousin True.

‘My loves’ she captioned a clip of the tots squealing as they played on the beach and splashed in the water. 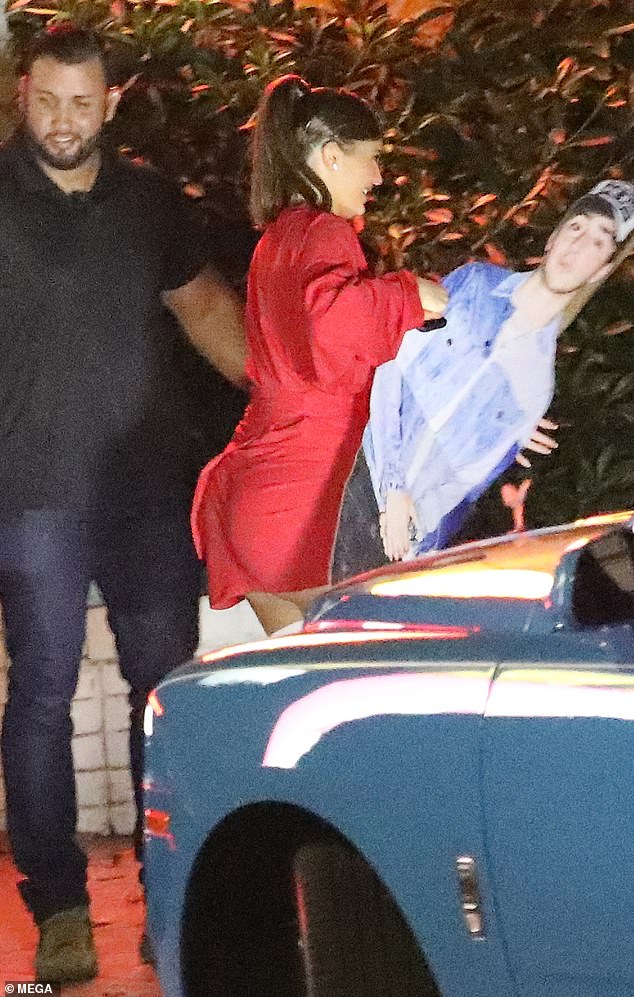 Glam: Kylie, 23, wore a red mini dress with white boots and showed off the outfit on Instagram before heading out 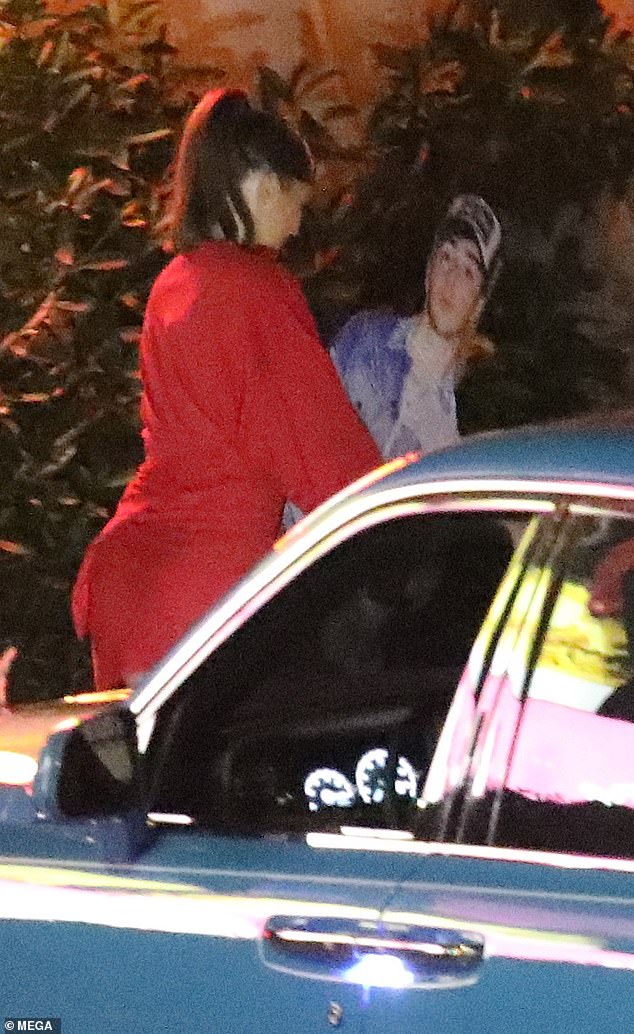 All nighter: Kylie had a big grin on her face as she entered the celeb hotspot and partied until 3am

This comes after Kylie’s baby daddy Travis Scott, with whom she shares Stormi, told GQ that he is mindful of how he is raising his daughter.

Kylie and Travis have been co-parenting Stormi and often spend time together as a family in LA and on vacation.

The Sicko Mode rapper revealed that he was having an ‘amazing’ time watching Stormi grow as he spends time in quarantine during the coronavirus pandemic and said the pair do not have a set daily routine. 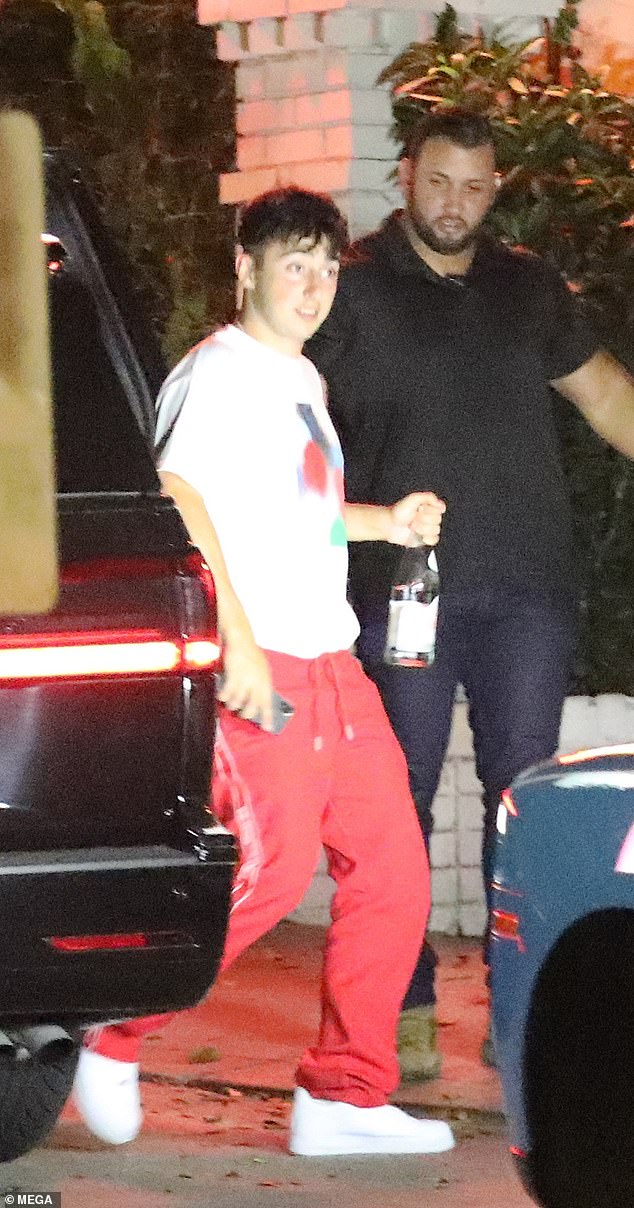 Zac, 23, is a socialite and works as a club promoter for hotspots like Delilah and The Nice Guy in LA. He also used to date Madison Beer 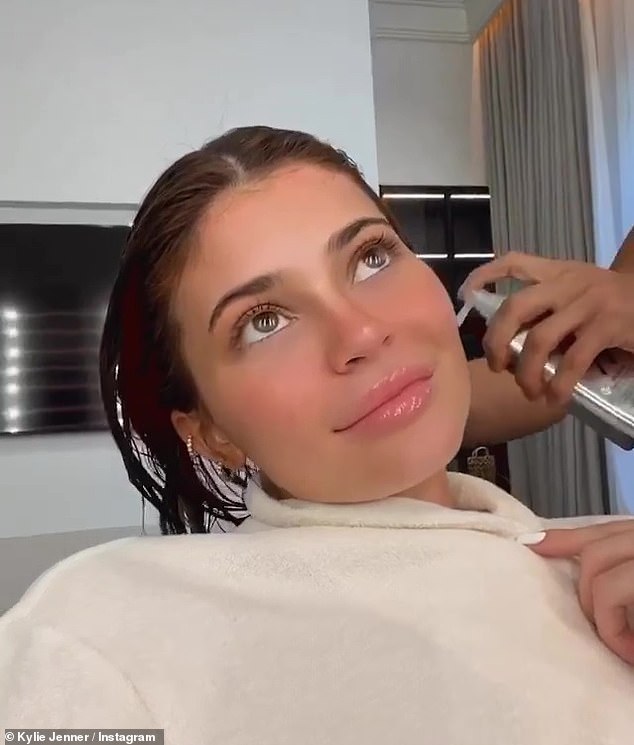 Getting ready: Kylie had her glam squad help her perfect a perfect party look for Zack’s birthday

Travis said: ‘I just get it going … I just go. It’s amazing just to watch my daughter, you know.’

He also said fatherhood has made it easier to relate to his parents and has strengthened their relationship.

When asked if his relationship with his parents had changed after he welcomed Stormi, Travis explained: ‘No, not at all, man. It’s actually cool, because now we have things to relate on, right? Just raising a daughter. I’m always talking to my parents. They try to remind me of how I was when I was kid.’

He continued: ‘I was energetic. I was super energetic. Jumping off the walls’. 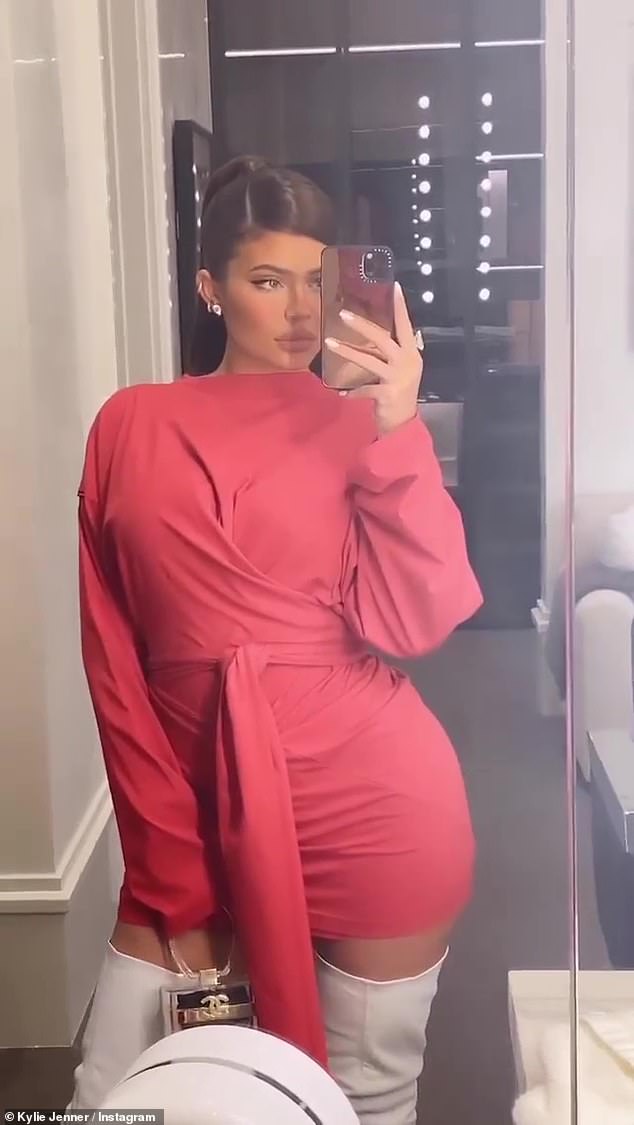 Et voila! She then made sure to show fans her finished look with a classic mirror selfie

Great British Bake Off: A look at the best bits of Matt Lucas' 'fantastic' hosting debut   0

Buccaneers superstar wide receiver on Tom Brady: 'He’s already up there as one of my favorite teammates' 0