Home News KSI vs Logan Paul final press conference: Can I watch it on...

GET ready for Logan Paul vs KSI part two.

The fighters have undergone a rigorous training camp to prepare for this huge LA rematch, with the bout all set for November 9 at Staples Center.

Fight week is well underway and before the weigh-in, the competitors are set to trade barbs at the final press conference.

When is the KSI vs Logan Paul final press conference?

PREPARE yourself for some low blows as American YouTube star Paul and ‘JJ’ go head-to-head once again.

At their last presser in London KSI marched out with a dog that closely resembled Logan’s deceased pet Kong.

The bad taste didn’t end there, as slurs over abortions, dead bodies, World War II and continuous swearing were used to promote the showdown.

Before their rematch on Saturday, the two fighters will face-off in the final press conference TONIGHT, November 7.

It will begin at 2pm ET and 11am PT and features all of the fighters on the undercard.

That’s 7pm over here in the UK, with Logan and KSI slated to appear around 9pm. 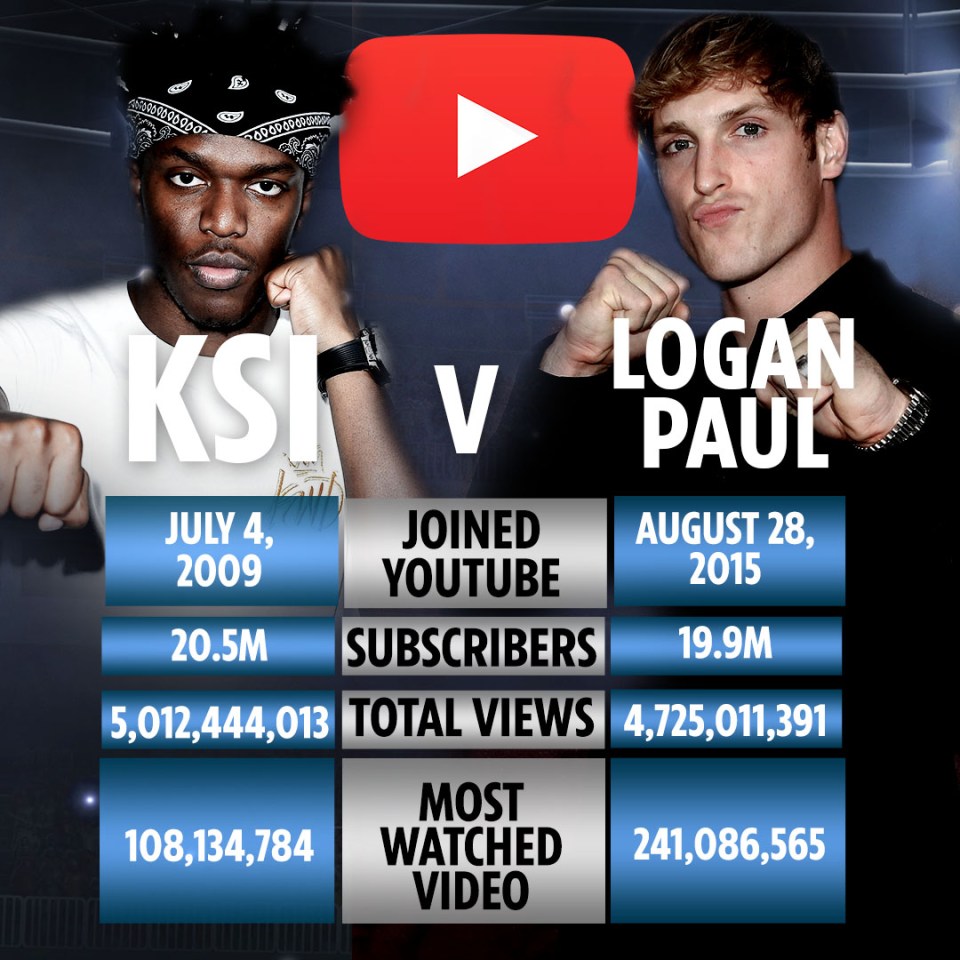 Which TV channel and live stream can I watch it on?

YOU won’t be able to watch the press conference live on TV here in the UK.

The main fight on November 9 is being broadcast by Sky Sports Box Office and will cost £9.95.

But you can stream the presser from Stateside by heading to DAZN‘s YouTube channel – and it’s likely both fighters will have a stream on their page too.


KSI vs Logan Paul rematch: When will the second fight of the Youtubers take place?

When is the weigh-in?

BEFORE the main event in LA, the fighters have to weigh-in.

The fight is being fought at cruiserweight and is the first pro outing for both boxers.

That means they must both weigh less than 200 pounds (14 stone 4 pounds) when hitting the scales this week.

KSI and Logan Paul will weigh in on Friday, November 8 around 9pm UK time.

Weight loss: Knowing your body type could help you shed pounds – so what...

Prostate cancer symptoms: Bone pain could be a sign

SHOPPERS are going wild for Lidl’s black out blinds  – which cost a fraction of bespoke versions.  Homeowners are desperately trying to get their...

ARSENAL beat Everton 3-2 at the Emirates to put themselves right back in to the mix for European qualification. The Gunners went one down...

MOUSSA DEMBELE is determined to seal a dream move to Old Trafford to play for Manchester United this summer, according to reports. Lyon president...

COREY Feldman will name one of the men who he claims sexually abused him as a child in a bombshell new doc. The actor...

MEGHAN Markle’s dad Thomas today warned he will keep cashing in on the royal row. Thomas Markle, 75, revealed he didn’t care what people...