She always looks fantastic whenever she steps out.

And Kelly Brook rocked summer chic as she donned a floaty white midi-dress for a stroll with her beau Jeremy Parisi on Friday.

The presenter and model, 40, appeared to be in good spirits as she enjoyed an ice cream and chatted away while arriving at Heart Radio in London. 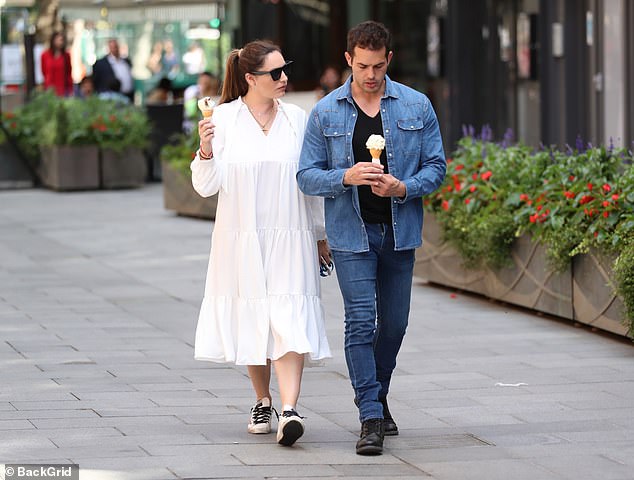 Looking good: Kelly Brook, 40, opted for a relaxed white dress as she enjoyed an ice cream and a stroll with her beau Jeremy Parisi, 35, in London on Friday

Kelly opted for a laid back ensemble with her white dress, which boasted a tiered shape and long sleeves.

Not forgetting to accessorise, Kelly completed her look with a selection of gold jewellery and pair of white trainers with black laces.

The beauty slicked her locks back into a sleek ponytail and added a full face of makeup, including a dark pink lipstick to accentuate her pretty features. 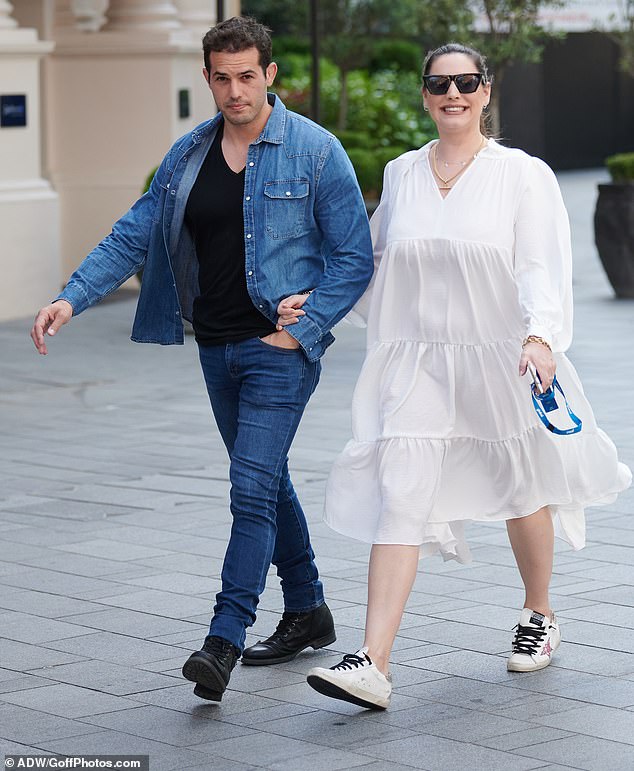 Happy: The presenter appeared to be in good spirits as she arrived at Global Radio in Leicester Square 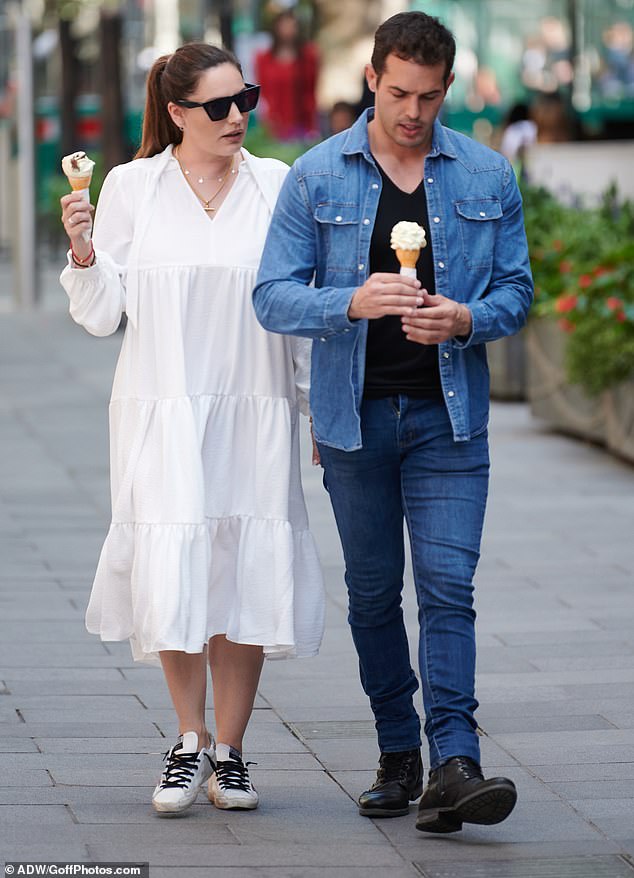 Yum! The couple managed to make time for an ice cream before heading into the studio 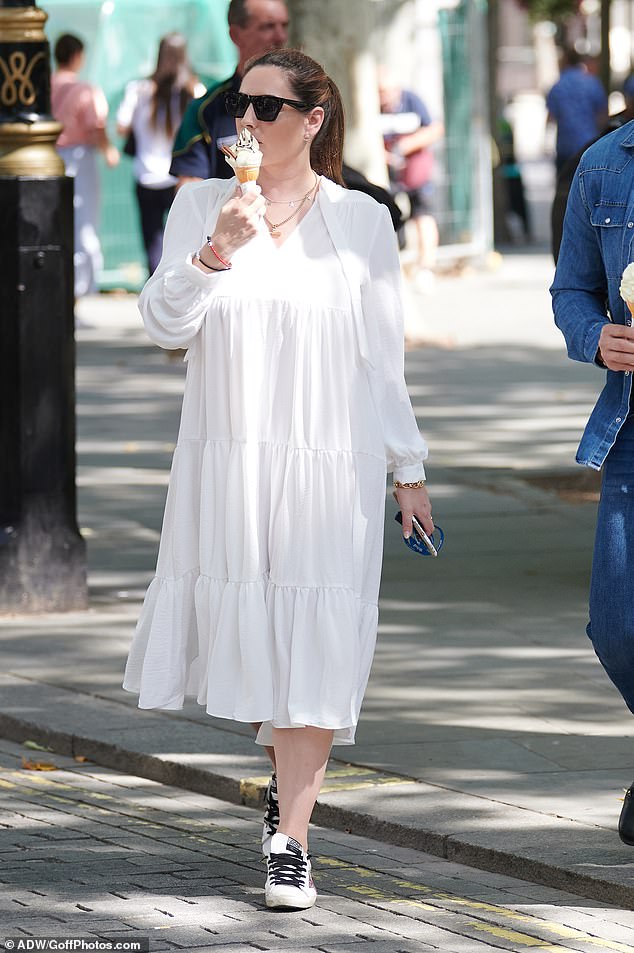 Relaxed: Kelly looked fantastic in her white dress which she paired with some trainers

Jeremy also looked stylish for the stroll, opting for a double denim outfit which he broke up with a v-neck black t-shirt.

Earlier this month, Kelly claimed that sex gets better with age and said her longterm love Jeremy Parisi, 34, is a big fan of her curves.

Speaking on Vicky Pattison’s The Secret To… podcast, she said: ‘My boyfriend is 35 and he is Italian, so, you know, he likes a nice large curvy woman so that’s always a good thing! I think your sex life gets better as you get older! 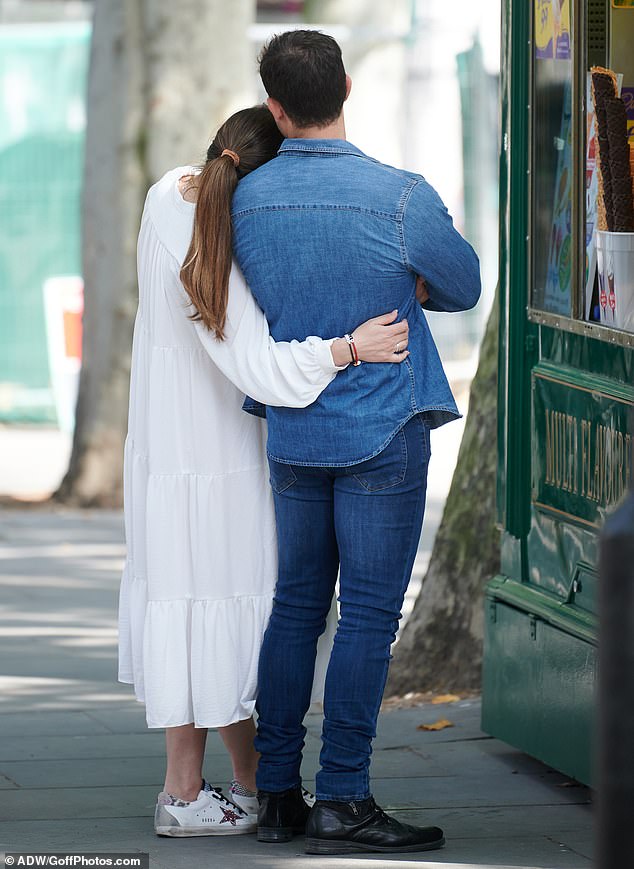 Loved-up: Kelly couldn’t keep her hands off her beau as they waited for their ice creams 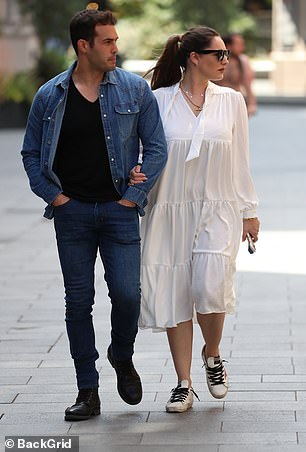 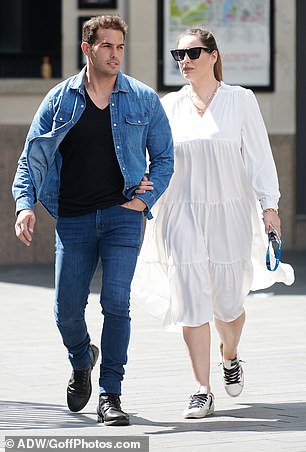 Chic: The brunette beauty donned a pair of black sunglasses during the romantic stroll 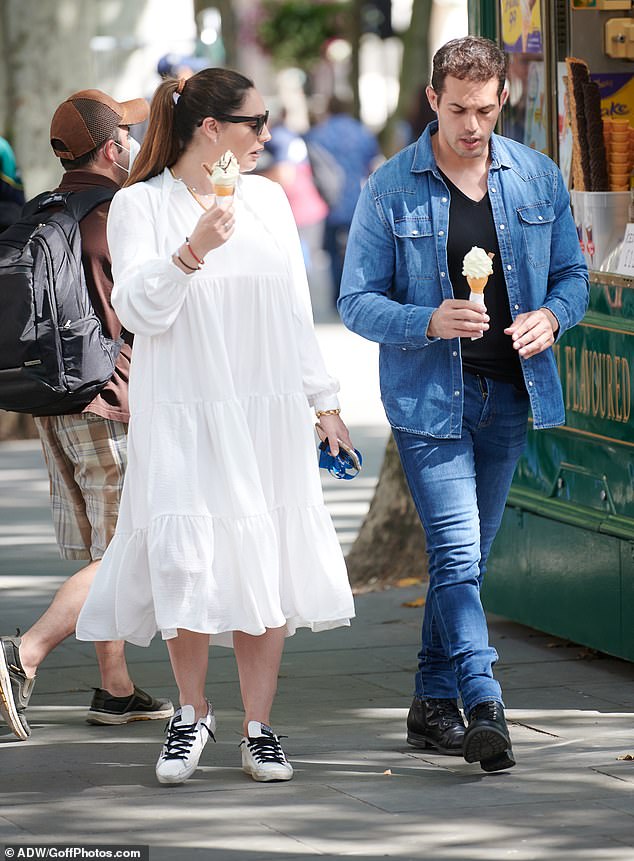 Delicious: After stopping to get an ice cream, the couple enjoyed them on their walk

‘When you’re young you don’t tell them. They are like “is that nice?” or whatever and you’re like “yeah!” When you’re older you are gonna make sure you get what you want!’

The pair have been in a relationship for nearly five years, having started dating in 2015. 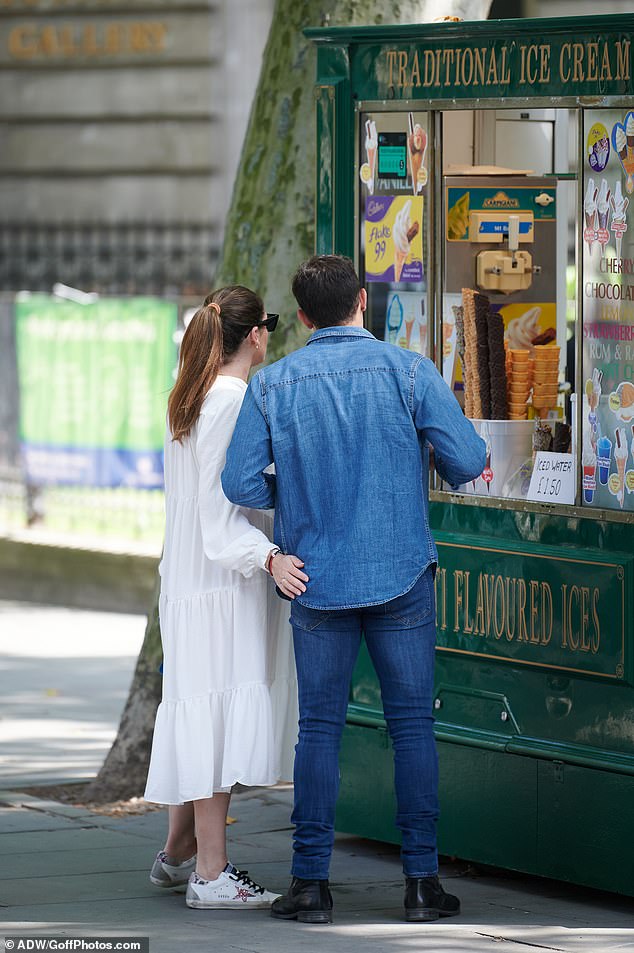 Happy: Kelly wrapped an arm around Jeremy as they ordered from the snack stall 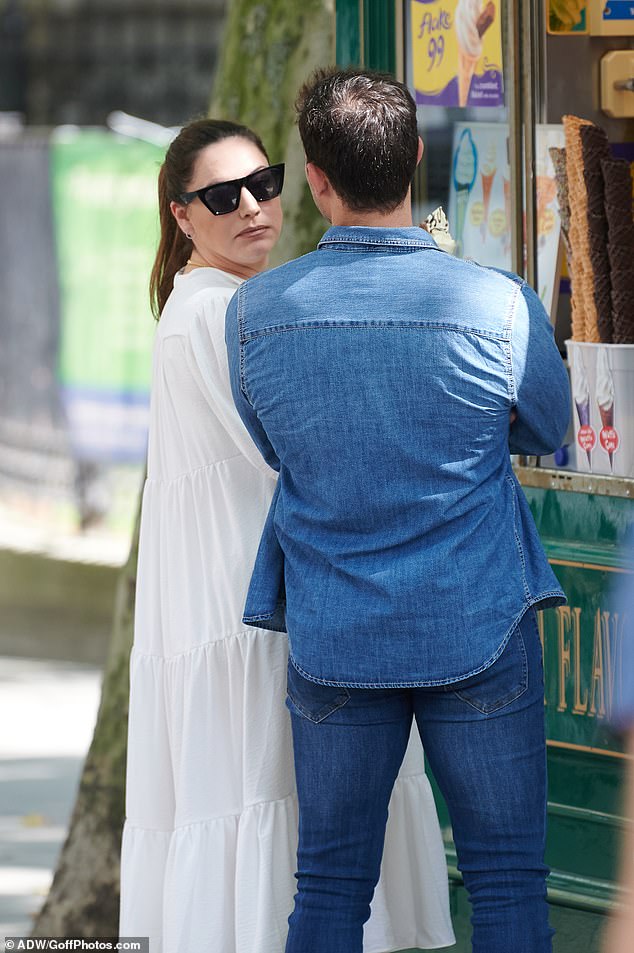 Making decisions: Kelly appeared to have opted for a Mr Whippy while Jeremy waited for his 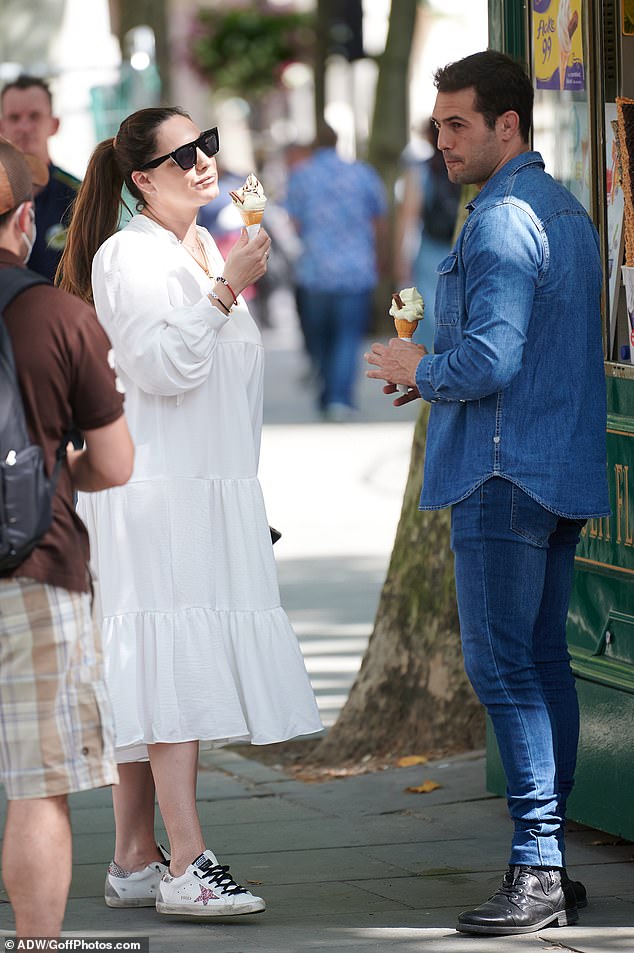 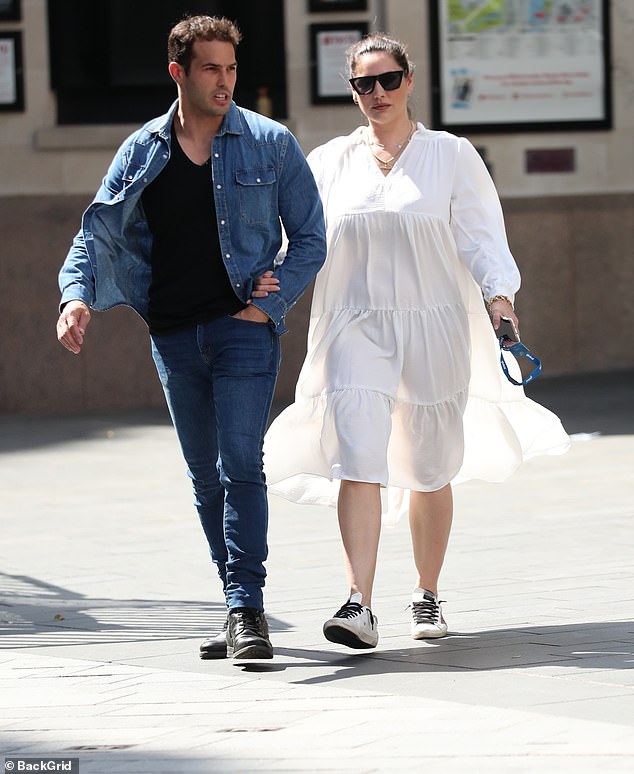 All in the details: The model accessorised with a selection of gold jewellery

Kelly famously began modelling aged 16 after she won a beauty competition, which her proud mother had entered her into.

Campaigns for the likes of Bravissimo, Foster’s and Walker’s crisps followed, as well as shoots with lads’ mags such as GQ, Loaded and FHM.

FHM dubbed her the winner of their ‘100 Sexiest Women in the World’ list in 2005, which polled 15 million people. 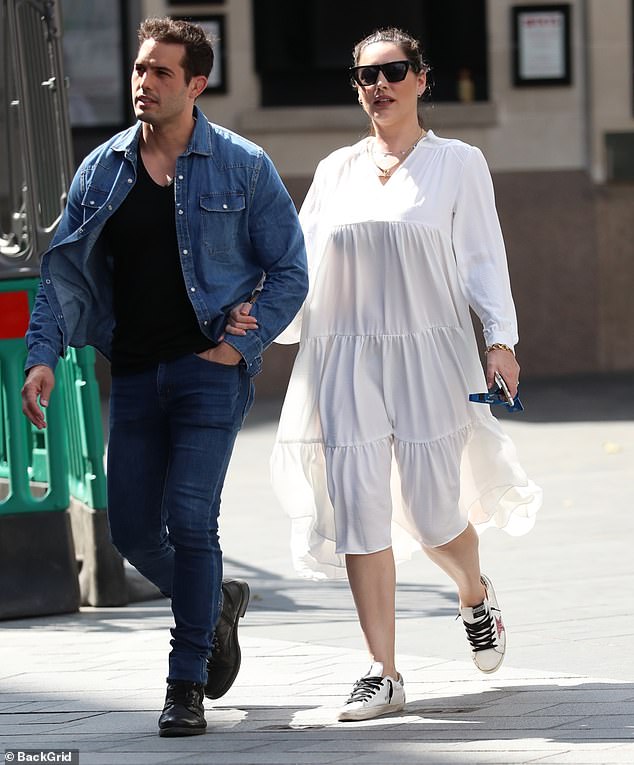 Casual: Jeremy went for a double denim ensemble, which he broke up with a black t-shirt 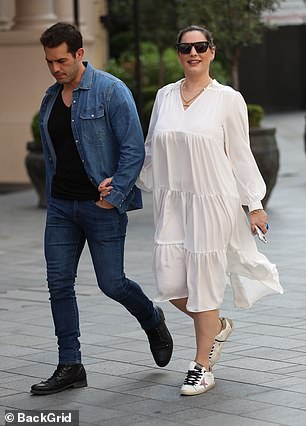 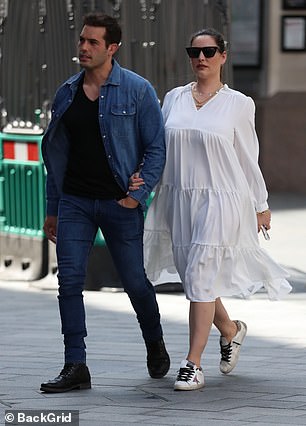 Happy: Kelly linked arms with her beau and could not stop smiling as she arrived at the radio studio 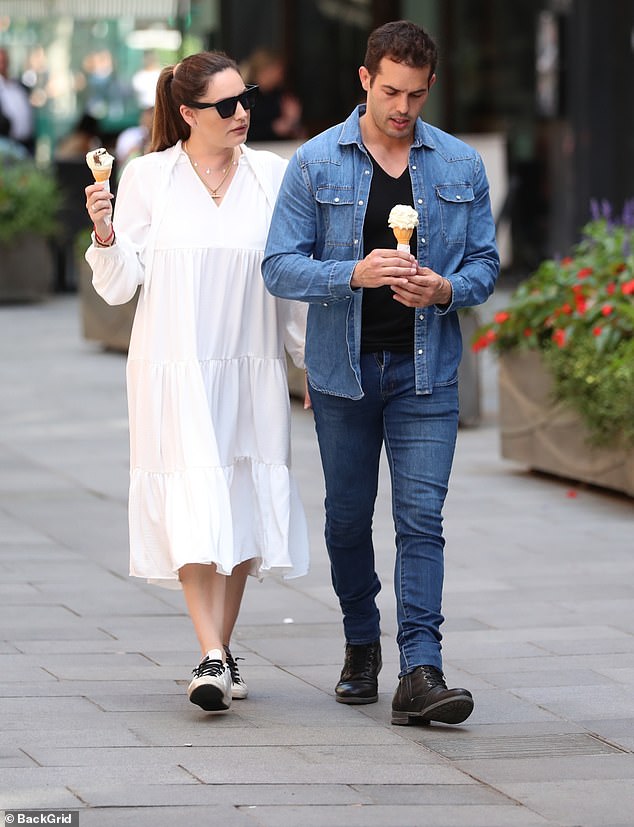 Relaxed: Kelly and Jeremy, pictured in London on Friday, have been dating for five years

Coronavirus presents risk for about half of school employees, study finds 0

Sarah Jessica Parker, 55, shows off her tan with husband Matthew Broderick, 58, in the Hamptons 0

Rare black alpaca worth thousands of dollars born in Scotland 0