KEANU Reeves gazes adoringly at girlfriend Alexandra Grant in new photos as it was claimed the pair have been secretly dating for a YEAR.

He is seen looking over smitten with a smile on his face while she poses for photographers at a red carpet event.

It was revealed today that the pair have been dating for nearly a year – though they have been friends for much longer.

An insider told People that 55-year-old Keanu and 46-year-old artist Alexandra “started dating earlier this year but have wanted to keep it quiet”.

They worked together on Keanu’s 2011 book Ode To Happiness, which she did the illustrations for, before teaming up on his 2016 follow-up Shadows.

The source added: “Keanu wants to openly share his life with her. He is extremely happy and grateful to have Alex in his life.”

The pair talking to guests an event earlier this year[/caption]

The pair were seen hand in hand at the weekend[/caption]

Most read in TV & Showbiz


Emmerdale spoilers: Jimmy accused of abusing Archie after being framed by Arthur

WELCOME TO THE JUNGLE


Keanu Reeves, 55, goes public with his first girlfriend in DECADES


John Wick actor and Alexandra went public over his relationship when they appeared holding hands on a red carpet.

Matrix star Keanu – who has avoided public displays of affection during his 35-year-long career, held hands with the artist at an LA film gala on Saturday.

Keanu chose an elegant black suit with a black shirt and tie for the event while artist Alexandra looked sophisticated in a long navy blue beaded sleeveless gown. 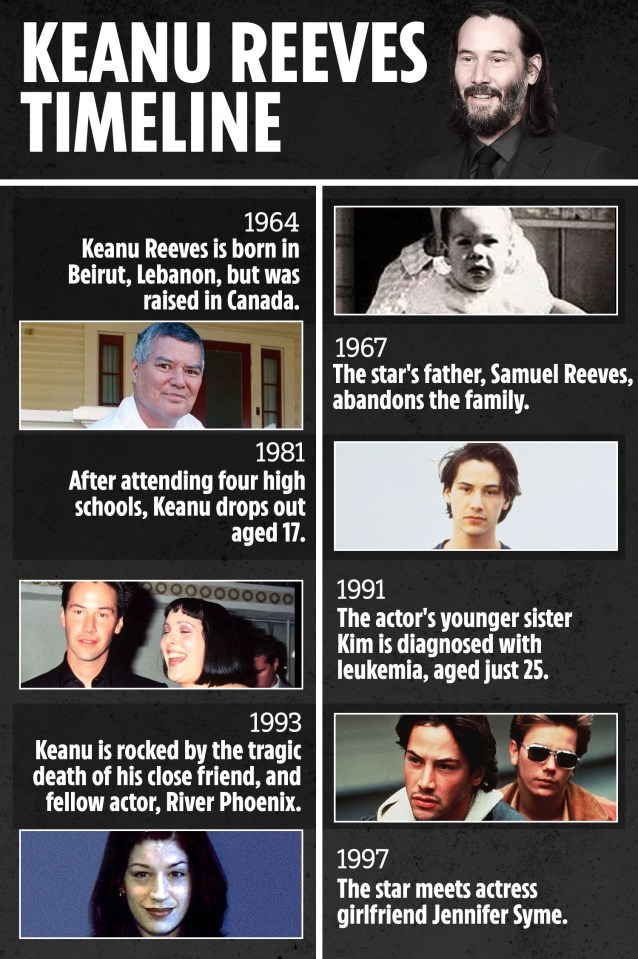 They arrived together and dined for three hours – just days before officially going public.

Keanu remained single after suffering heartache in the early noughties, when he and girlfriend Jennifer Syme suffered a stillbirth on Christmas Eve 2000 – just one month before their baby’s due date.

They ended up splitting due to the overwhelming grief, but looked to reconcile in 2001.

However, tragedy struck for a second time when Jennifer was killed in a car accident in April of that year at the age of 28.

Keanu was pallbearer at her funeral, where Jennifer was laid to rest beside their daughter.

Sergio Ramos: Why is Spain captain not playing against Sweden in Euro 2020 qualifier?...

Love Island lads enjoy rowdy night out in Manchester as Callum and Connor are...

LOVE Island’s lads hit the town in Manchester for a rowdy night out with some of the boys from the previous series. This year’s...

A MAN has been accused of raping a grandmother while she was recovering from a fall in which she broken her hip the...

THE voice of Sir Winston Churchill will ring out across towns and cities to mark the 75th anniversary of the fall of the...

SOARING numbers of children and teenagers are being admitted to hospital after self-harming. Shocking new figures show that cases involving under-17s have increased by...

A MAN battered his dog to death then buried her with the note: “I’m going to miss you so much.” Andrew Beech, 33, hit...

Game of Thrones bosses announce prequel House of the Dragon ‘will...

Love Island lads enjoy rowdy night out in Manchester as Callum and Connor are...