Katy Perry has revealed that she considered taking her own life following her split from Orlando Bloom and her 2017 album Witness’ poor chart performance.

The singer, 35, who is expecting her first child with actor Orlando, 43, admitted that she was at rock bottom after low moments in her personal and professional lives.

She told radio station SiriusXM CBC: ‘My career was on this trajectory when it was going up, up and up and then I had the smallest shift, not that huge from an outside perspective. But for me it was seismic. 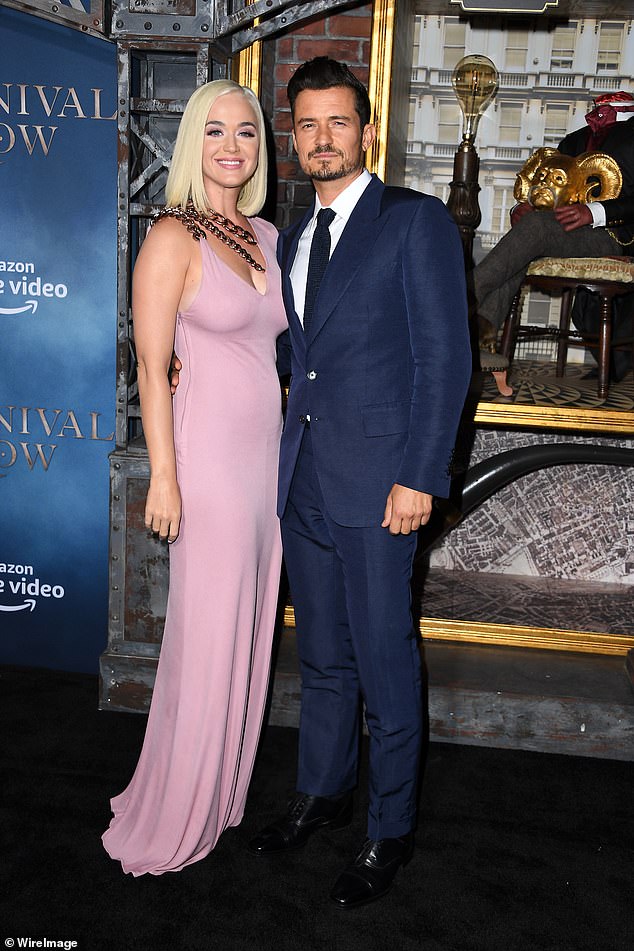 Her love: Katy is soon to be expecting her first child with fiancé Orlando Bloom (pictured in August 2019)

‘I had given so much out, and it literally broke me in half. I had broken up with my boyfriend, who is now my baby daddy-to-be.

‘And then I was excited about flying high off the next record. But the validation did not make me high, and so I just crashed.’

The star, who grew up with parents who were Pentecostal pastors, went on to reveal that her faith helped her heal over time. 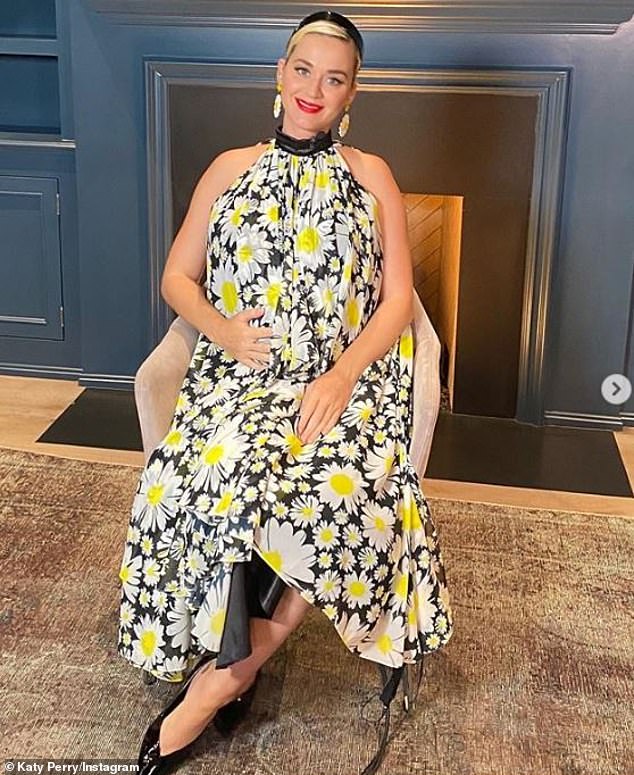 She continued: ‘It was so important for me to be broken so that I could find my wholeness in a whole different way. And be more dimensional than just living my life like a thirsty pop star all the time.

‘Gratitude is probably the thing that saved my life, because if I did not find that I would have wallowed in my own sadness and probably just jumped.

‘But I found the ways to be grateful. If it gets really, really hard I walk around and say, “I am grateful, I am grateful!”; even though I am in a sh***y mood.’

The California native went on to reveal that she is now in a much better place after a years of dealing with mental health issues.

She said: ‘Hope has always been an option for me, because of my relationship with God and something that is bigger than me. 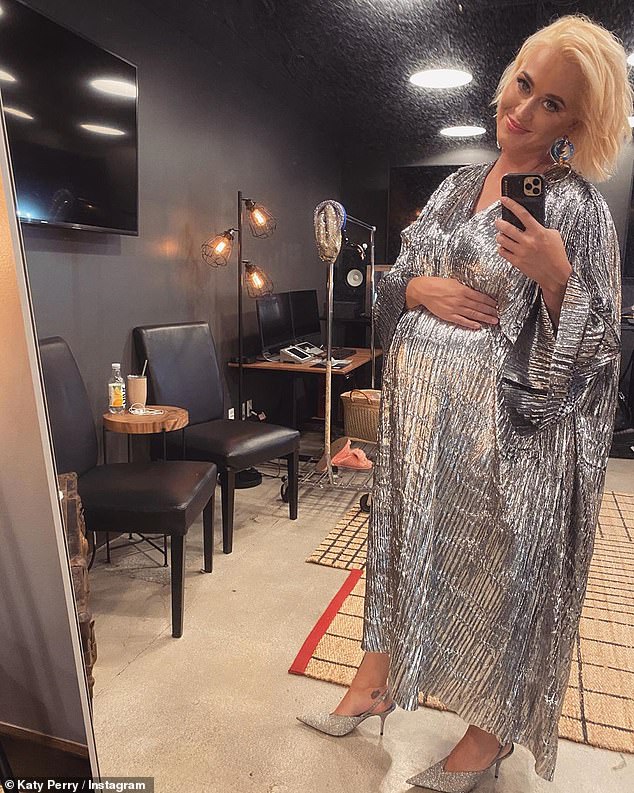 ‘It’s a hope I have for my daughter’: Katy Perry has written a song for her unborn child on her new album to tell her there are ‘no limits to her dreams’

‘Of course if I am the one controlling my destiny I am going to be the one driving it into the ground.

The star’s interview comes after she revealed that she has penned a song for her daughter on KP5, the fan-name of her fifth mainstream studio album.

The Daisies singer has teased a track called What Makes A Woman on the upcoming album. In the song, she tells her child that there are ‘no limits on any of her dreams’.

Speaking to radio station NRJ Lebanon, Katy said: ‘There is a song on the record called What Makes A Woman that is a hope I have for my future child. 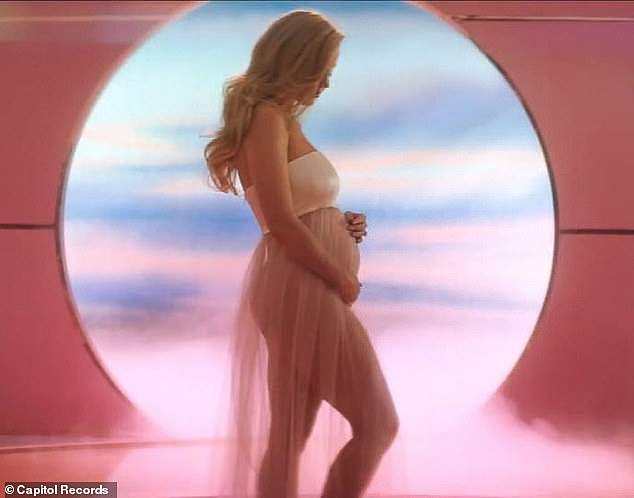 Katy said: ‘There is a song on the record called What Makes A Woman that is a hope I have for my future child. That she doesn’t have any limits on any of her dreams’

‘That she doesn’t have any limits on any of her dreams, or what she wants to be, or who she thinks she is and she can change whenever she wants.

‘She can try everything on if she wants. I think that song is important to me and important for her.’

The Teenage Dream hitmaker has also named another song called Teary Eyed, which was extremely emotional to write.

In an interview with iHeartRadio, she said: ‘It’s really about just dancing through your tears.

The American Idol judge has also teased that there are some ‘love-based’ songs on her follow-up to 2017’s Witness and that the record is 75% ‘Prism and 25% Teenage Dream.

Katy recently explained that the lead single, Daisies, took on a new meaning for her amid the coronavirus pandemic.

And she hopes everyone else will be inspired to follow their dreams no matter what other people think after they listen to the empowering anthem.

She said: ‘I wrote this song a couple months ago as a call to remain true to the course you’ve set for yourself, regardless of what others may think.

‘Recently, it has taken a new meaning for me, in light of what the whole world is experiencing.

‘Each of us is one in more than seven billion, with our own story of strength and resilience to tell… I hope it will be the soundtrack to going for your dreams now … especially the ones we left behind.

Katy was planning on dropping her fifth album in June, but it has been pushed back amid the pandemic. 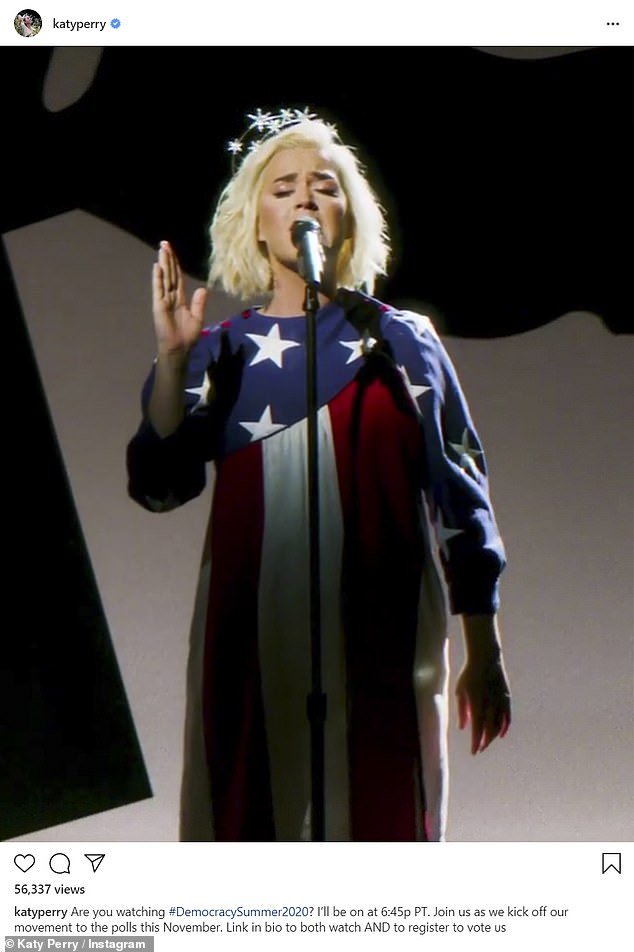 She said of her daughter: ‘She can try everything on if she wants. I think that song is important to me and important for her’