KATIE Price has called in celeb pal Sally Morgan in a desperate attempt to find out what the future holds for her love life.

The reality star has set up a private reading with psychic and TV star Sally to find out who she’ll fall for in 2020.

Katie, 41, is hoping the psychic will shed some happiness following her previous failed relationships with the likes of Peter Andre, Keiran Hayler and Kris Boyson.

A friend exclusively told The Sun Online: “Katie believes Sally can predict the future, so has asked her for a meeting and can’t wait to find out what’s in store for her love life.

“She doesn’t want to make any more mistakes in relationships – she needs the spirits to come through and point the way.”

They added: “She wants to know what she should be looking out for this year – and knows Sally can help.

Sally has read for Princess Diana and George Michael[/caption]

“She’ll have her reality TV cameras on hand to catch the whole thing for the show.”

This isn’t the first time Katie has turned to the spiritual world for guidance.

The former glamour model previously went to see a spiritualist medium, who claimed her dead grandmother believed she’d have a sixth child on her reality show My Crazy Life.

While in 2016, she was urged to see a psychic by mum Amy, 60, following her split from love-rat Kieran. 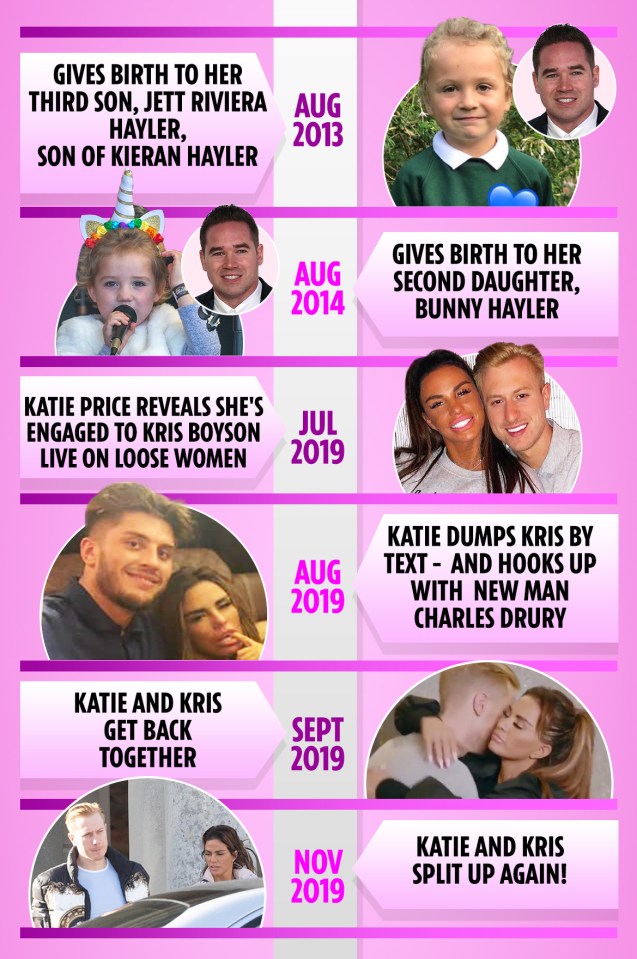 
Inside Lisa Faulkner and John Torode's perfect honeymoon in Mauritius

The star later ended her marriage to her third husband, who cheating on her with their children’s nanny, Nikki Brown, after receiving a spooky tip from a psychic.

It was reported the marriage mystic informed Katie that her relationship with Kieran was “dead” while the star was busy sniffing out spirits in Celebrity Haunted Mansion.

Katie will no doubt be hoping for some luck in the romance department following her complicated split from toyboy Kris, as well as brief fling with 22-year-old Charles Drury last year.

During an interview with The Sun in 2018, Sally previously predicted Katie would “get back on track” after a turbulent few years.

We pay for videos too. Click here to upload yours.

Inoue vs Donaire LIVE RESULTS: Bloody Inoue ROCKED in the ninth round – latest...

TEENAGED Disney star Nikita Pearl Waligwa has died after her losing her three year battle with brain cancer, aged only 15. Nikita, who starred...

Adele confirms her album will be out in SEPTEMBER as she parties at friend’s...

ADELE announced her fourth album will be out this September, while performing at a London pub. The superstar, 31, took to the stage at...

JENNIFER Lopez revealed she is “relaxed and recharged” two weeks after her Super Bowl performance. Jennifer, 50, showed off her toned tummy in a...

Dancing On Ice’s Lisa George laughs as she gets stuck under chair before crashing...

DANCING On Ice continues tonight, with the remaining six celebrities set to take to the ice for another judges’ challenge. Hosted by Phillip Schofield...

Arsenal star Aubameyang slammed by Borussia Dortmund chief – ‘He will...

Adele confirms her album will be out in SEPTEMBER as she parties at friend’s...