She followed her older sister into the upper echelons of modelling – and into the riotous, hedonistic lifestyle that so often accompanies it. Yet e


She followed her older sister into the upper echelons of modelling – and into the riotous, hedonistic lifestyle that so often accompanies it.

Yet even among the hard-partying elite who fill the VIP nightclubs of London and Los Angeles, Lottie Moss’s wild antics caused concern, with friends fearing her rollercoaster lifestyle was taking its toll.

But to their great relief, the 22-year-old sister of supermodel Kate Moss has become a changed woman, and all because of the lockdown.

With the coronavirus pandemic closing the fashionable nightspots, the compulsion to fit in with her most decadent friends has faded, and Lottie has been confronting the issues that drove her towards such an unbridled lifestyle. 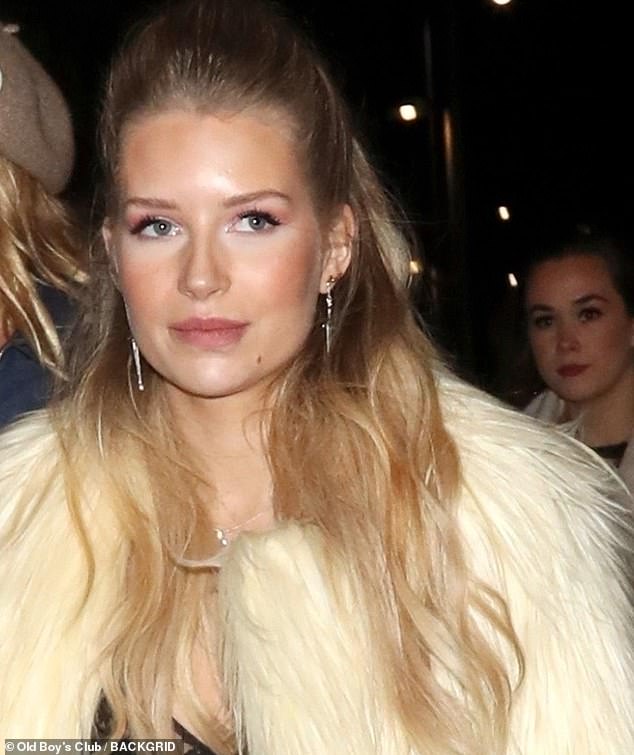 With her dream of spending this summer trying to build a career in Hollywood in tatters, Lottie sloped off to Oxfordshire instead, since she is renting her London home out. She is pictured above going from one party to another back in January

To the surprise of many, she has embraced the quiet life imposed on her by confinement to her sister’s secluded Cotswolds country house.

But, like so many of her generation, the transformation has not entirely been played out in private, but on social media, where she can gain affirmation from her fans.

In a statement shared with her 303,000 followers on Instagram, Lottie announced that, after the upheaval of lockdown, she is now the ‘best version’ of herself.

She wrote: ‘Honestly can say I have never been happier mentally. I’ve struggled a lot in the last few years with myself and anxiety and other things, right now is the first time I have ever put myself first and actually worked on myself to make sure I get the best out of my life and am actually feeling like the best and truest version of myself! And I love her!’

Perhaps the self-awareness came from the mindfulness books that line the shelves of the £2.5 million ten-bedroom Oxfordshire retreat 46-year-old Kate shares with her photographer boyfriend Nikolai von Bismarck.

But Lottie also has the first-hand experiences of her big sister to draw upon, as Kate now proudly proclaims that she’s been sober for two years.

Those who know Lottie well understand how big a challenge she faces to maintain her newfound clarity.

One friend says: ‘Just like Kate was once everywhere holding court – at all of the cool parties, fashion launches, pop concerts – Lottie has been doing the same.

‘She’s the life and soul of every gathering she attends, always with a drink in her hand, and sometimes two.’

The only difference is that while Kate took the ‘Never complain, never explain’ approach to life, Lottie is more of an attention-seeker.

Like most celebrities desperate to feel relevant during lockdown, social media is the conduit to remind the world she still exists.

So in the last month, Lottie has posted a host of pictures of herself, often pouty and flirtatious.

Among several of her with hair dyed pink are photos of her bare bottom with the words ‘NOT yours’ tattooed on the cheek.

She has also signalled her support for the Black Lives Matter movement, just last week posting a plea for ‘Justice for Elijah McClain,’ a 23-year-old who died in police custody in Colorado last year. 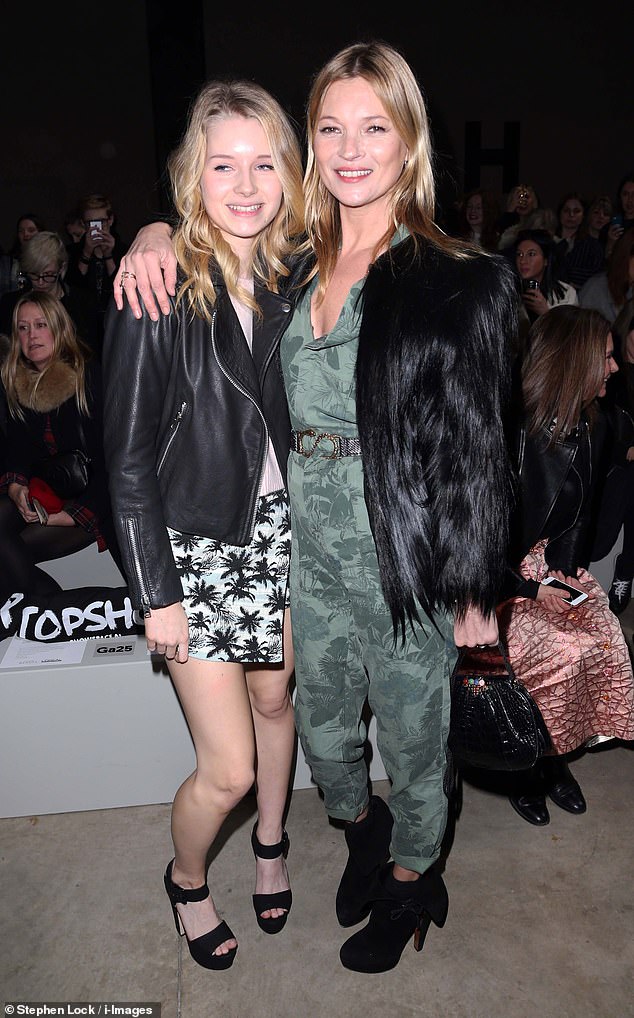 Lottie also has the first-hand experiences of her big sister to draw upon, as Kate now proudly proclaims that she’s been sober for two years. Pictured above, Lottie as a teenager with Kate

But it was her post about improvements in her state of mind which was the most personal, and most revealing.

She explained: ‘My struggles have caused me to act out of character and ultimately I think I was becoming a person that I didn’t really like, which is why I numbed myself with substances and put myself down through neglect of my mental health and my general health.

‘Going down that road made it very hard for me to get out, I was surrounding myself with people who were a similar mental state to me and I can see now that was not helping.’

Hearteningly, she added: ‘Manifest good things and good things will come back! I’m ready to be better for my family, friends and for me! I hope others take this time to self-reflect and figure out who and where you want to be in life.’

What Lottie has always wanted to be in life is as successful as Kate. 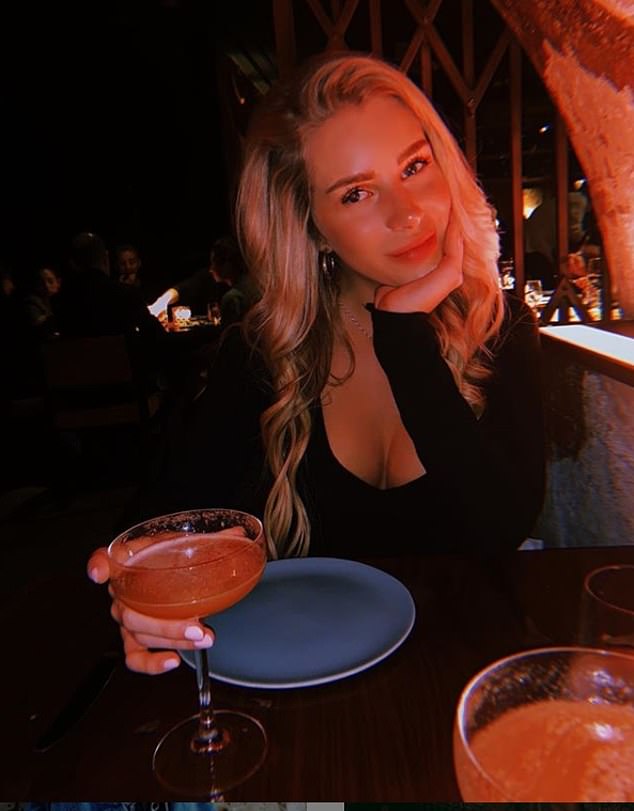 Lottie The Lash, as she became nicknamed, frequented Embargo’s nightclub in West London and mixed with the super-affluent stars of the E4 reality show Made In Chelsea, including Georgia ‘Toff’ Toffolo, Alex Mytton and Jamie Laing

Lottie was born in London in 1998, before the family moved to West Sussex where she attended the £21,000-a-year St Bede’s School in Hailsham, a far cry from Kate’s less salubrious upbringing in Croydon.

Her first noted public appearance was as a shy 13-year-old, when she was one of the bridesmaids at Kate’s wedding to rock star Jamie Hince.

She soon took part in her first photoshoot for Teen Vogue and modelling jobs snowballed, including a catwalk debut at Paris Fashion Week despite being just 5ft 5in tall, three inches shorter than the normal height for the runway.

She signed to Storm Management, the agency which launched Kate’s stellar career, then followed her on to the party circuit – just as big sister was stepping away from it.

Lottie The Lash, as she became nicknamed, frequented Embargo’s nightclub in West London and mixed with the super-affluent stars of the E4 reality show Made In Chelsea, including Georgia ‘Toff’ Toffolo, Alex Mytton and Jamie Laing.

She was romantically linked to the latter pair, while she has also been close to Brooklyn Beckham, the eldest son of David and Victoria, Gary Lineker’s eldest son George, and Rafferty Law, Jude Law and Sadie Frost’s eldest son. 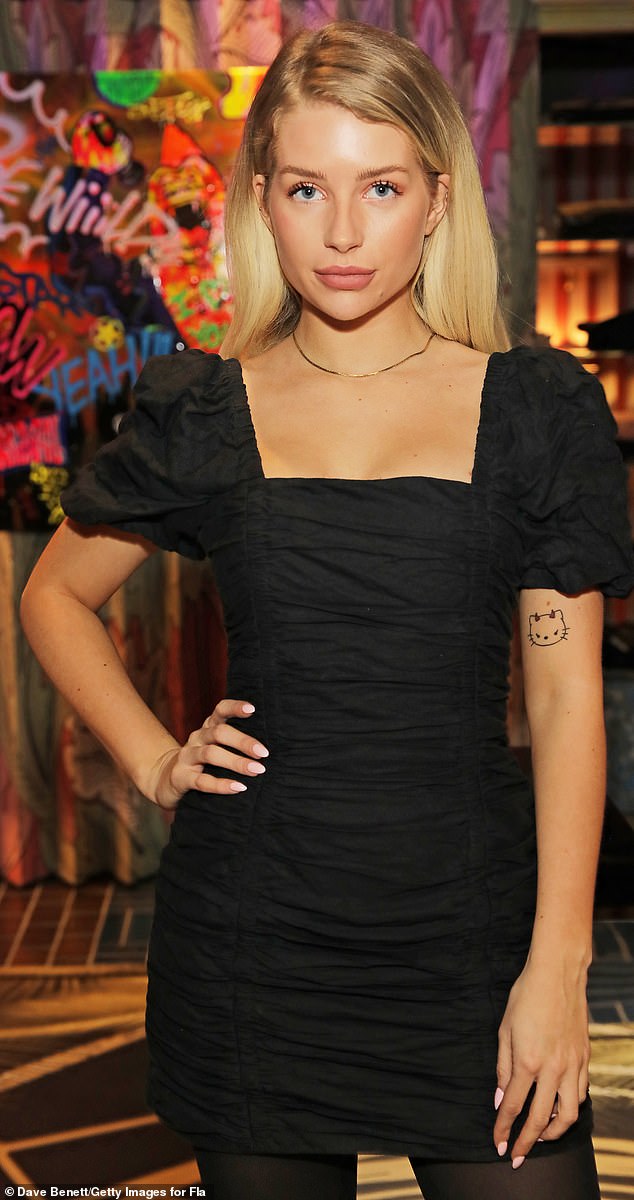 Lottie was born in London in 1998, before the family moved to West Sussex where she attended the £21,000-a-year St Bede’s School in Hailsham, a far cry from Kate’s less salubrious upbringing in Croydon

The friend added: ‘Lottie laps up male attention. She just loves men, she can’t get enough of them.’

As Lottie matured, her clubs of choice became a little more sophisticated, even if her behaviour hardly calmed.

She began to lead the charge at Soho House and the Chiltern Firehouse, where she had a reputation as being the last one standing.

Just days before the Firehouse closed for lockdown, Lottie reportedly lost a Louis Vuitton bag containing her passport during a wild night out, preventing her from flying to Los Angeles.

‘That was so typical of Lottie,’ says a friend. ‘She often gets into scrapes but she’s a real scream. She’s a social butterfly who really knows how to entertain a room.’

With her dream of spending this summer trying to build a career in Hollywood in tatters, she sloped off to Oxfordshire instead, since she is renting her London home out.

Without doubt the past four months with her now-sober sister have involved a major change of pace and a period of calm self-reflection.

The test, though, will come when the party scene kicks into gear again when lockdown lifts: will her new-found restraint be able to withstand the temptations?