Karen Gillan has confirmed that she will reprise her role as Nebula for Thor: Love And Thunder

Karen Gillan has confirmed she will reprise her role as Nebula for the upcoming Marvel movie Thor: Love And ThunderBy Sam Joseph Semon

Sex And The City stars will make more than $1 MILLION per episode as HBO Max revival is confirmed
Larry Emdur is CONFIRMED as the new host of The Chase and speaks out over Andrew O'Keefe's departure
Larry King's cause of death confirmed as sepsis, underlying conditions revealed in death certificate


Karen Gillan has confirmed she will reprise her role as Nebula for the upcoming Marvel movie Thor: Love And Thunder

Karen Gillan is shaping up to have a very busy 2021.

On Monday, the 33-year-old took to her Instagram story to take part in a running trend where followers make assumptions about their chosen individual, who then responds to the query.

When an assumption was posed asserting that the actress was wearing a wig in preparation for a future role, she responded that she had recently cut it in order for most of it to fit inside the bald cap for her character Nebula. 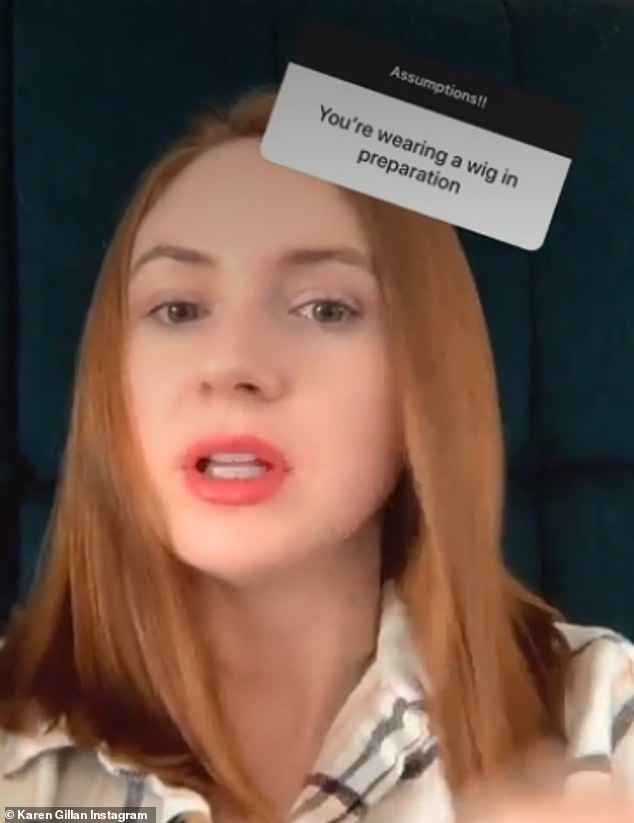 Breaking the news: On Monday, Karen Gillan revealed that she will be reprising her role as Nebula in the upcoming Marvel Cinematic Universe entry Thor: Love And Thunder

This indirectly confirmed that the actress is set to appear in Thor: Love And Thunder.

She partially stated in the video: ‘I cut it the other day in preparation for Nebula, so that we don’t have to get so much hair into the bald cap because I have so much hair, it’s unbelievable. It’s just so thick.’

Speculation regarding Gillan’s role in the upcoming Marvel Cinematic Universe entry had been rampant since earlier this month, when the Doctor Who actress made a post to her Instagram story depicting her touching down in Sydney, where the sequel is being shot. 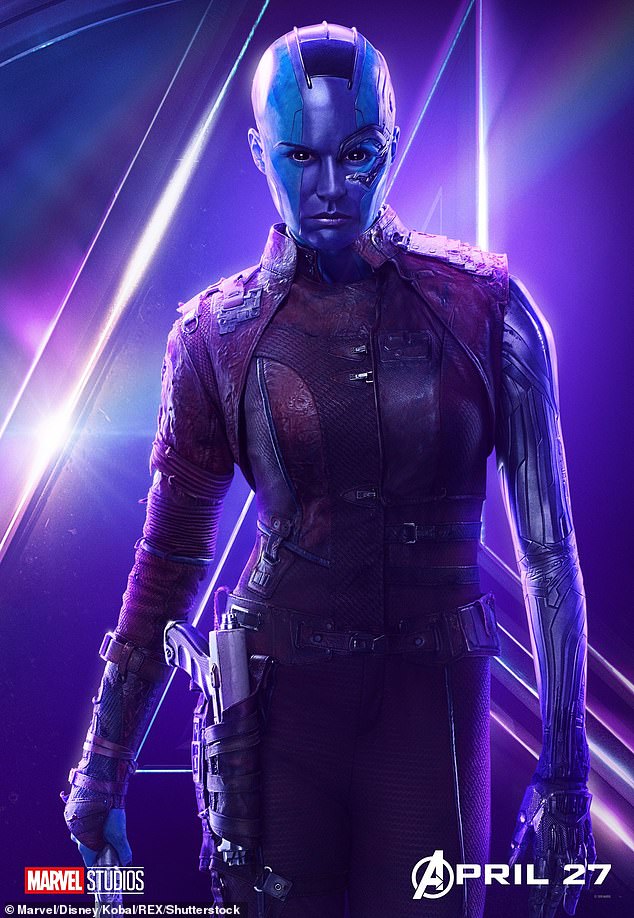 Longstanding role: Gillan has appeared as Nebula in multiple Marvel films, beginning with 2014’s Guardians Of The Galaxy

Earlier this month, Christian Bale signed on to portray the villain in the project, and he was later revealed to have taken on the role of Gorr the God Butcher.

Other Marvel mainstays have teased their involvement in the new entry, including Chris Pratt and many others from the cast of Guardians Of The Galaxy.

Matt Damon has been rumored to be prepping for a cameo role in the future feature.

The story of the film is partially set to follow Thompson’s character, Valkyrie, as she searches for a queen to rule over Asgard with. 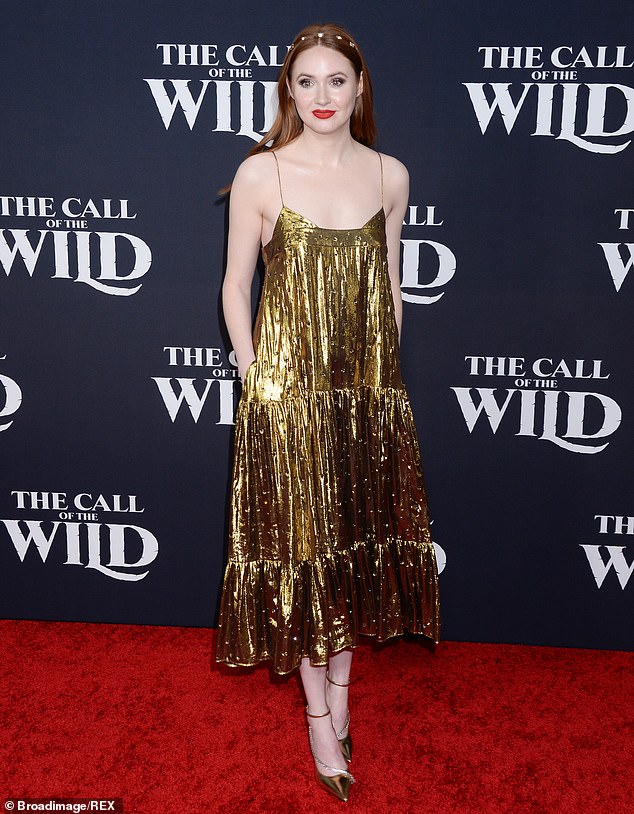 Costume requirements: Gillan commented in an Instagram story that she had cut her locks so ‘that we don’t have to get so much hair into the bald cap’; she is pictured at the 2020 premiere of The Call of the Wild

The film is set to be directed by Taika Waititi, who will also portray Korg in the upcoming motion picture; the actor-director also led the production of the previous film in the Thor series, which was released in 2017.

In addition to helping the picture, the Academy-Award winning writer will also collaborate on the screenplay with Jennifer Kaytin Robinson.

Waititi reportedly placed the production of the long-planned adaptation of the manga series Akira on hold in order to focus on the development of the forthcoming Marvel feature. 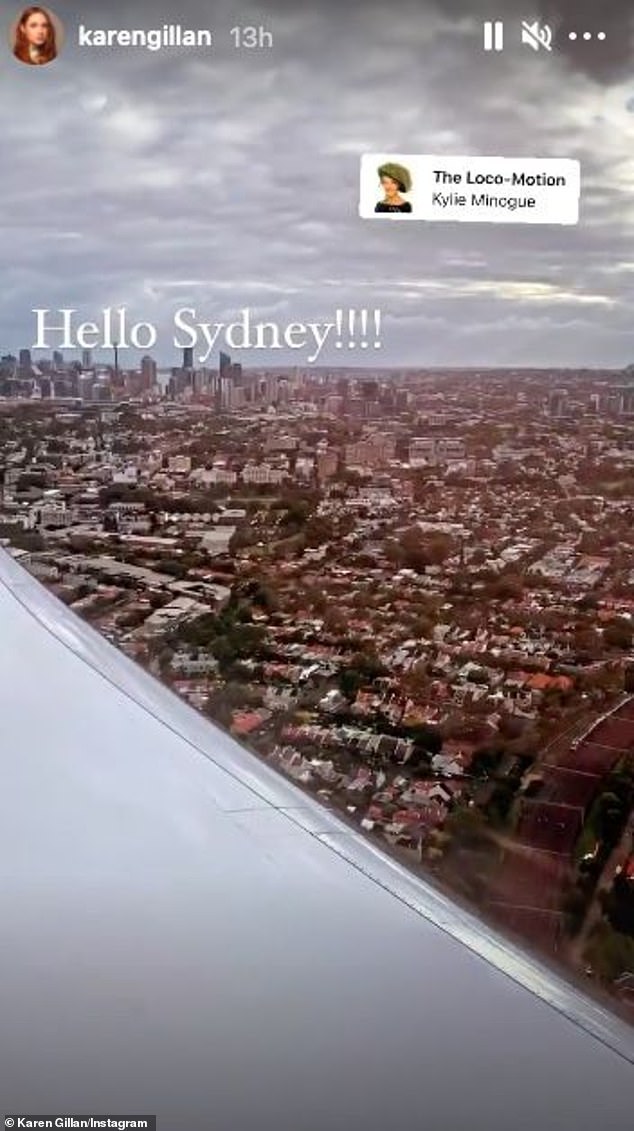 Sharing the view: Earlier this month, the actress made a post to her story to let her followers know that she had touched down in Sydney, where the upcoming feature is set to be filmed

Gillan has been involved with the Marvel Cinematic Universe ever since 2014, when she first appeared in the original Guardians Of The Galaxy film.

The actress also returned for the feature’s 2017 sequel, where she switched allegiances and became an ally to the aforementioned superhero team.

She took up the mantle of Nebula for the third time in the 2018 blockbuster film Avengers: Infinity War, where she was part of the universe that was not wiped out by Thanos.

Gillan made her most recent appearance as the character in 2019’s Avengers: Endgame, where her character committed an act that would normally result in a time paradox, although the writers explained that Nebula’s past did not affect her future. 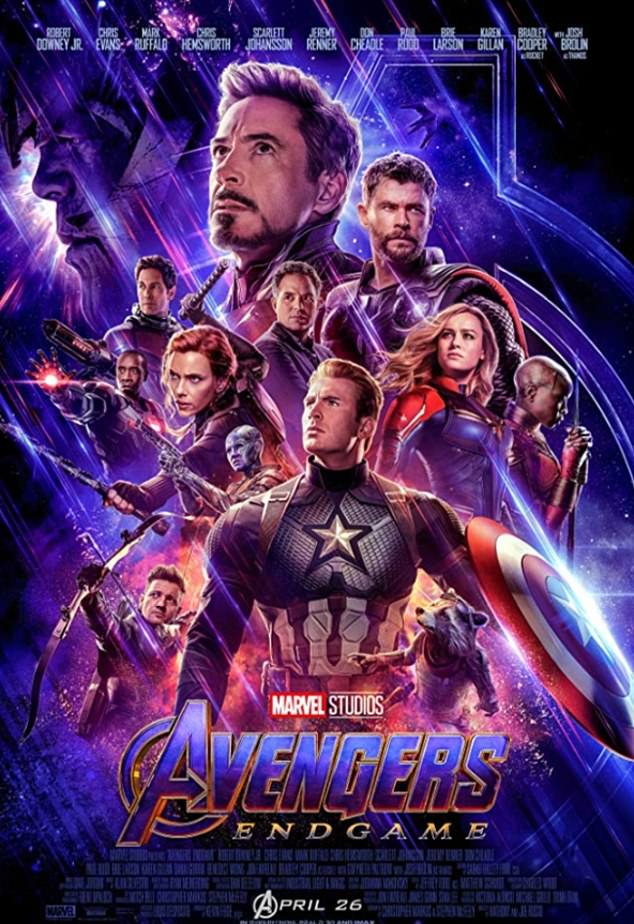 High-profile character: Gillan’s most recent appearance as Nebula was in the 2019 blockbuster Avengers: Endgame

James Marsden mourns the loss of his beloved dog Buddy 0