IN lockdown in her Toronto home, Canadian-born Colombian singer Jessie Reyez has been adjusting to the “craziest of weeks”.

Hotly tipped to become a huge star, she had been thinking about postponing the release of her debut album because of the coronavirus pandemic.

But when she asked fans in an Instagram poll if she should go ahead as planned, they responded with an emphatic yes.

Reyez, 28,  says: “I had hesitations about dropping the album in times like this and we were so close to postponing it. When we did the poll, 97 per cent of my fans said I had to release it. So that’s what I am doing.”

The singer is in good spirits when we connect through Skype. She says: “I’m supposed to be on tour (supporting Billie Eilish) and working, so I’d be lying if I told you I’ve been OK.

“It’s been insane and intense but I’m telling myself that self-isolation isn’t much different to my time off. My life is full of extremes. Locked away at home is very much what I do when I’m at home, so it’s not that different except I have a few more groceries in than I  normally would do.”

Before Love Came To Kill Us will be  Reyez’s debut album, but as a songwriter she has written for stars including Eminem and  Beyonce. She was behind the biggest-selling single of 2018 — One Kiss, for Calvin Harris and Dua Lipa.

She penned Sam Smith’s huge hit Promises and collaborated with Lewis Capaldi on track Rush. She was also invited by Beyonce to appear on her soundtrack album The Lion King: The Gift, where she teamed up with rapper 070 Shake for the track Scar.

“Working with Eminem was sick,” she says. “I was nervous as hell because I’ve been a fan of his since I was a kid. I had to give myself a talk before I went in because sometimes inspiration doesn’t always hit straight away. Then we met and we started talking and he was great.

“In the studio he played me a beat and the song started coming. It was one of those days where the writing came easily so I was super happy.”

Billie Eilish invited Jessie to join her for part of her Where Do We Go? world tour[/caption]

And she has also got the seal of approval from Billie Eilish, who invited her to join her for part of her Where Do We Go? world tour. She says: “Billie has been so supportive.  I rang her up and said, ‘Thanks for picking me’.

“Three years ago, she was posting my songs online and that’s how we met. This was when she had under a million followers. What’s crazy is, Billie is the biggest artist in the world, and she is still consistent.

“I think that says a lot, especially in this industry, she has always been consistent. When you meet her family and her brother, it’s not hard to see why she is dope, because her family is dope.

“This was a gift to be on her tour, to see a lot of people who might not have heard of me. I can’t wait for the rescheduled dates.”

Singer-songwriter Jessie says: ‘I make music selfishly. I make it in my room, and I make it for myself’[/caption]

Before Love Came To Kill Us is an album inspired by love and heartache. Standout tracks Figures, Ankles and Same Side confirm  Reyez as one of the R&B voices you are going to be hearing a lot more of.

The record ranges from swaggering, urban attitude to delicate and vulnerable — as you can hear on acoustic ballad Intruders and Imported, her collaboration with American rapper 6lack.

“Imported was a catalyst for a lot of the album,” says Reyez. “It’s medicine that doesn’t work. It’s medicine that you got at the corner store that isn’t legally certified, but you are like, ‘Oh maybe this is a quick fix solution’, but it’s not something that works long-term.

“Then Ankles is a freestyle that we did in just two takes at four in the morning when I was crying over an ex. There was a lot of Jameson’s whiskey involved and a lot of tears.

On Amy Winehouse, Jessie says: ‘I remember hearing her singing and feeling like I hear my pain in her voice’[/caption]

“Then Same Side is about having no guards left. All of the guards have gone home and there are no weapons, no armour and no clothes, it’s just naked.”

Her debut album is one she was working on right up until the last minute. Reyez says: “I’m always writing, and my team weren’t too happy that I was writing this album right to the end.

“I just feel at home in music and the plan was always to put out two EPs first and then put out the album. Almost so that I can prove that I can cook so the fans are ready for the meal. And yeah, the album is the meal.”

Growing up with musical parents, Reyez started singing when she was three. As she got older, she fell in love with reggae and then hip hop. She says: “There was a lot of Bob Marley. It was Biggie and Tupac.

“And then I got into R&B and Beyonce and Destiny’s Child. And then Amy Winehouse. I heard Amy Winehouse when I was low. My heart had been broken and I felt she was talking to me.”

And she says it was the connection she had with the tragic singer’s heart-wrenching songs that inspired her to write her own.

“I remember hearing her singing and feeling like I hear my pain in her voice. So, I felt like I had a friend. I was deep in the trenches and everyone was telling me heartbreak was something I would get over.

“But when it happens to you for the first time, you think you are the only person in the world it has happened to. You think because you have never felt such physical pain off something you can’t physically see, that it’s not tangible, but heartbreak can feel so physical. Amy rescued me.”

Like Winehouse, Reyez’s songs come from the heart and often from a place of pain. Fans often thank her for helping them through dark times. She says: “I make music selfishly. I make it in my room, and I make it for myself.

“The fact that people connect with it after it’s released is just an added unexpected blessing. It helps enforce that I have actually found my vocation and that I am actually doing something that helps others, that I am in my purpose.”

Reyez suffered a career setback last year when she injured herself on stage in what turned out to be a herniated disc in her lower spine. “I did a backbend on stage and landed wrong,” she says. “After seeing a physio and a chiropractor I had an MRI scan and it was a herniated disc.

“I was immobile and the tour got postponed because of it but then I got the Beyonce call, so things happen when you don’t expect it.” 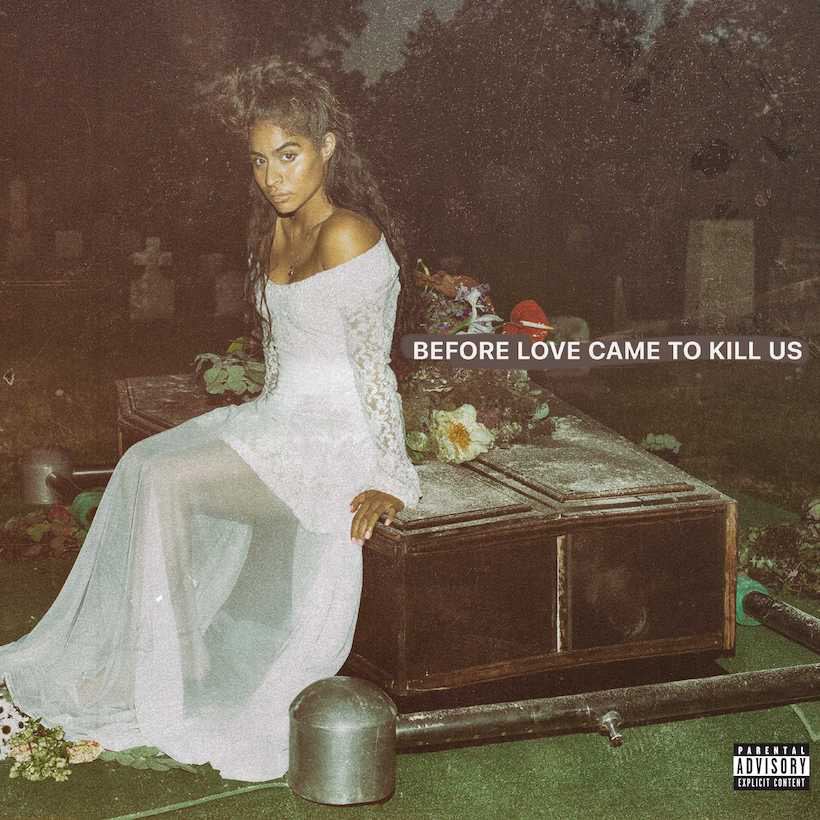 Reyez takes her position as a singer-songwriter and also as a feminist role model very seriously. On the topic of the #MeToo movement she says she is glad disgraced Hollywood mogul Harvey Weinstein is now behind bars.

In 2018, Reyez was one of a number of women who accused producer Noel “Detail” Fisher of sexual misconduct. On standing up for other women, she says: “It’s an honour to be at the forefront, especially as I stand on the shoulders of a lot of women before me who had to endure it or be able to speak up in times where nobody was speaking up, which is f***ing difficult.

“I think of my nieces aged 11 and six and how I don’t want them to live in a world where they have to fight for s**t. They deserve respect, and thinking of them is what motivates me.”

MOST READ IN TV & SHOWBIZ


Real-life couples from Corrie, Enders & Emmerdale in self isolation together

Being on lockdown has reinforced just how important music is to Reyez and also to her fans. She says: “Creativity is my salvation. I create more music than I listen to, so I’ve been trying to make the most of this time at home.

“I put on a live music lesson on my Instagram the other night. I taught 24,000 people how to play my song Figures. That was cool. I was nervous at the start, but also overwhelmed as I got to share a stage with fans.

“When I had finished, I answered calls from fans for two hours, which was emotional. One caller was a dad with his two daughters who all performed together. It melted my heart. It was the sweetest thing and that’s what keeps me going in these difficult times.”

JESSIE REYEZ: BEFORE LOVE CAME TO KILL US

UFC 249 fight card: Who is fighting on the bill of Ferguson vs Gaethje after Khabib pulled out?

Women are getting the ‘best curls of their lives’ thanks to...

Fans convinced of Conor McGregor next fight after UFC 249 announcement...

Women are getting the ‘best curls of their lives’ thanks to...

Fans convinced of Conor McGregor next fight after UFC 249 announcement...