Sailor Brinkley-Cook puts on cheeky display in sexy bedroom photo as she proudly shows off her legs
Big Brother EXCLUSIVE: Chad Hurst and Sophie Budack made a secret bedroom editing deal
Inside Bachelor star Keira Maguire's stylish lounge room – after she showed off her $4,500 bedroom

Jeff Brazier has revealed his son Freddie’s newly redecorated bedroom after hiring an interior designer to give the space a revamp.

The presenter, 41, took to Instagram Stories to share snaps of the newly painted room with its new furniture, along with a touching tribute to Freddie’s late mum Jade Goody. 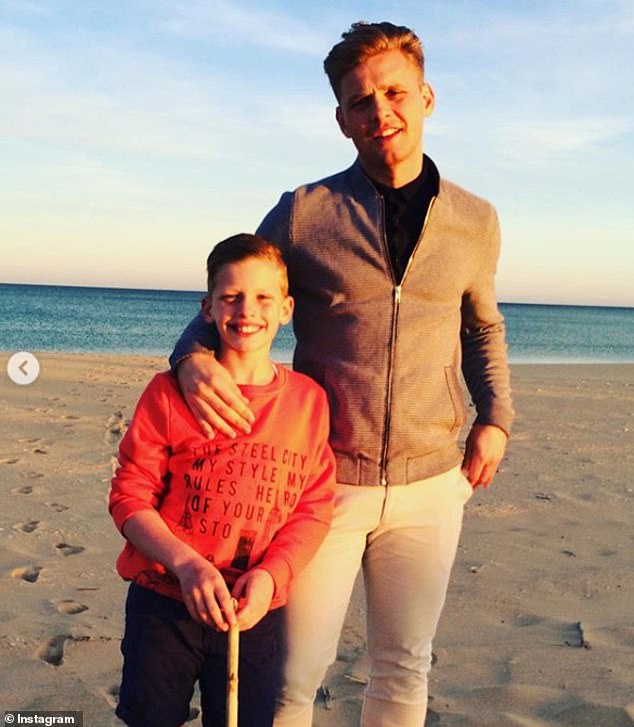 Jeff first shared a snap of what Freddie’s room looked like before the transformation, before posting a collection of images of the brand new room.

Along with newly painted blue walls, the room had a brand new bed and matching orange arm chair as well as sleek new metal lamps.

On a shelf Freddie’s room had a collection of photos with loved ones, and in the centre was one of him as a child with his brother Bobby and their mum Jade.

Her sons live with dad Jeff and his new wife Kate Dwyer, 30, who are ‘stronger than ever’ after going through a rough patch last year. 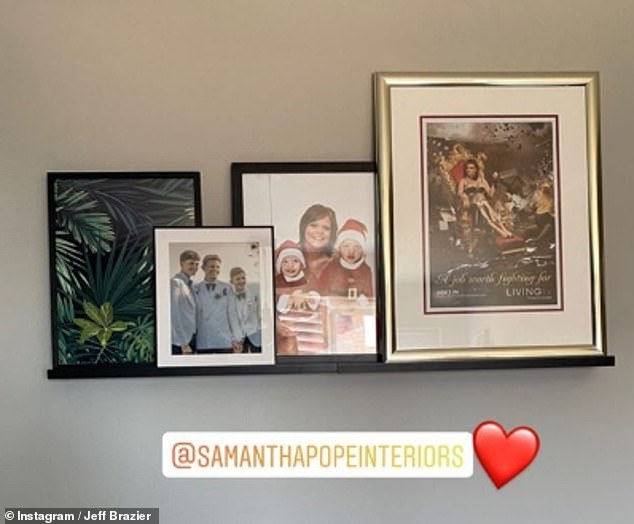 Sweet: In the revamped bedroom is a shelf of family photographs with one image of Freddie and Bobby being proudly held by their mum Jade 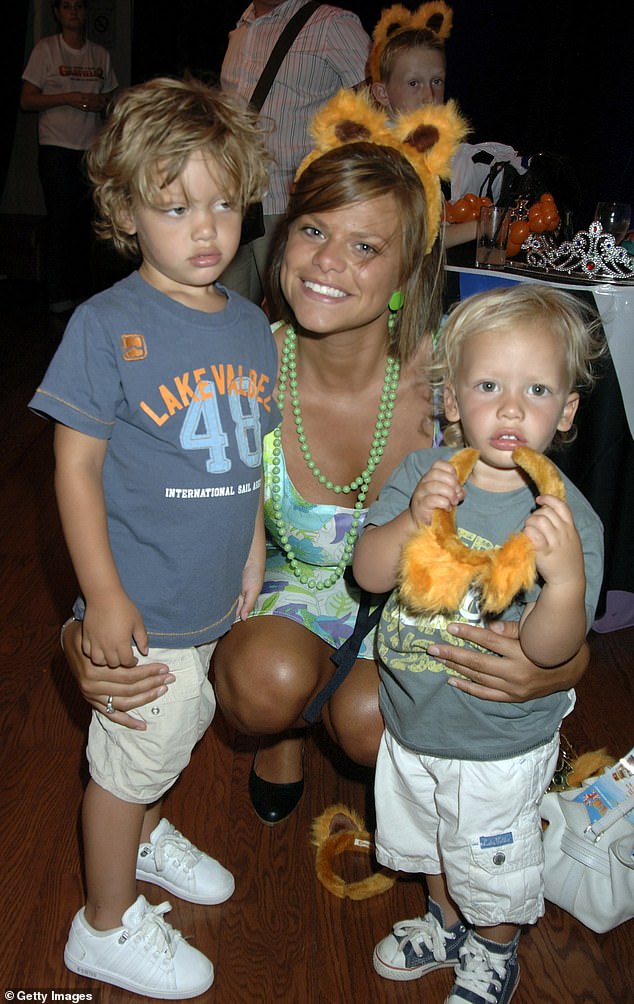 RIP: Jade tragically passed away in 2009 aged 27 after battling cervical cancer. She first rose to prominence after appearing on Big Brother in 2002 (pictured in 2006) 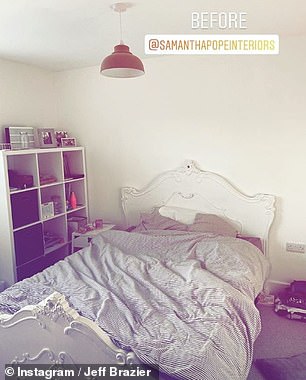 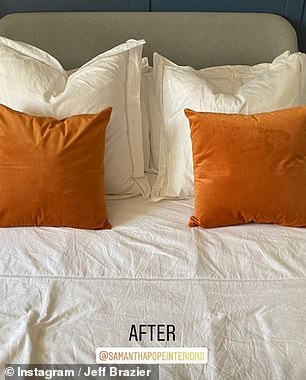 New look: Jeff took to Instagram Stories to share a slew of snaps showcasing the transformed bedroom (right) along with how it looked before the redecoration (left)

Jeff recently revealed that being in lockdown gave him and Kate a chance to work on their marriage, and they’re now in a much better place.

He told HELLO!: ‘Now we are a million times better because we took the time to invest in ourselves.

‘I am so proud that the two of us have got to the point where things are more straightforward and more simple and easier than they have ever been between us.

‘We are stronger for the two months that we’ve spent together with time to just focus on one another. Kate and I have had an opportunity to press pause and reset.’ 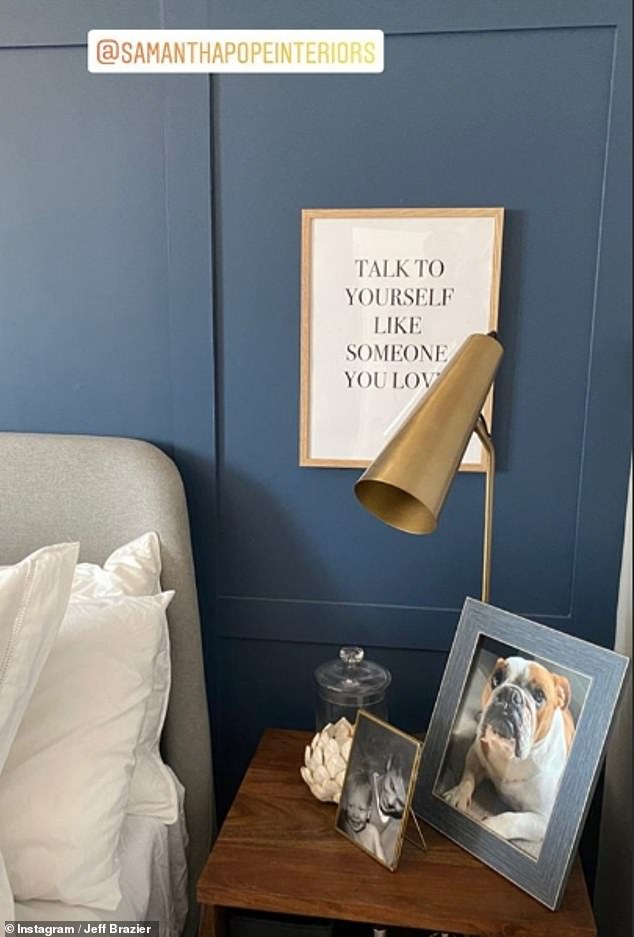 Sleek: The room boasted a new colour scheme including dark blue walls with sleek metal lamps to illuminate the space 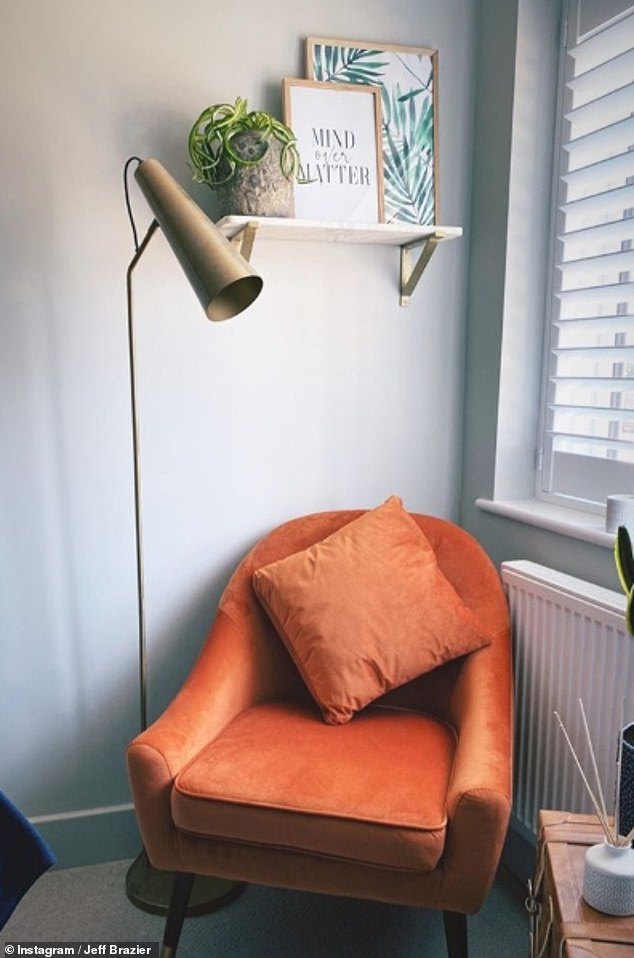 Perfect: The bedroom also has a cosy corner with an orange armchair, plants and a lamp adding even more colour

PR director Kate added: ‘For us, day to day, we have realised how much we love each other’s company. Marriage isn’t always easy and our struggles were often because we didn’t see each other. Now we are stronger than ever.’

Jeff went on to explain that he is a ‘better’ person when Kate is around, and marvelled at the amount they have been able to achieve when working together, including renovating their house.

‘I appreciate all couples need their space, but I am genuinely better when Kate is around. I enjoy her company, and there is something special about the team that we make,’ the 41-year-old TV presenter, author and life-coach tells

‘We like to get stuff done, to roll our sleeves up, and it’s no coincidence that the house has come on bundles since lockdown.’ 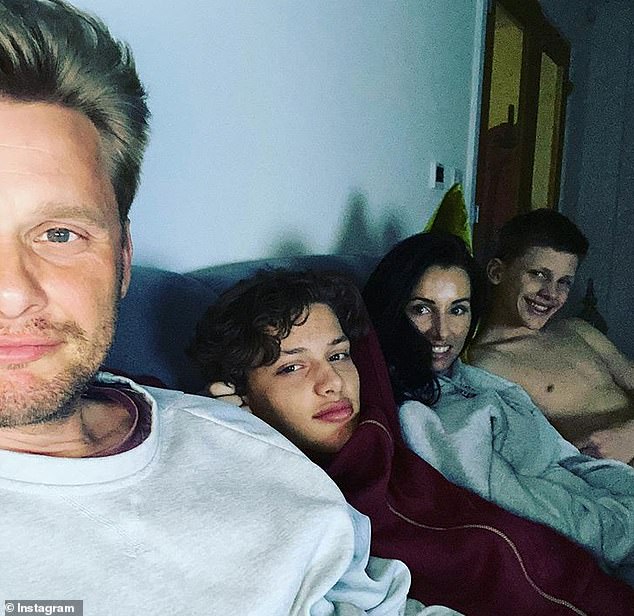 Sweet: Jeff has been holed up in lockdown with sons Bobby, 17, Freddie, and his wife Kate Dwyer. The couple recently revealed they’re stronger than ever after enduring a rough patch

Are Jake Ellis and Megan Marx officially back together? 0

Aaron Taylor-Johnson, 30, puts on an affectionate display with wife Sam, 53, during a beach stroll 0

Car insurance scam: Fraudsters are intent on ‘cashing in’ crash for cash claims 0

Souffle recipe: How to make a hot chocolate souffle 0