REGULAR readers will know Bizarre is used to exposing stars for their bad behaviour.

But with Christmas round the corner, I can reveal one of the good guys, James Blunt, is already well into the festive spirit. 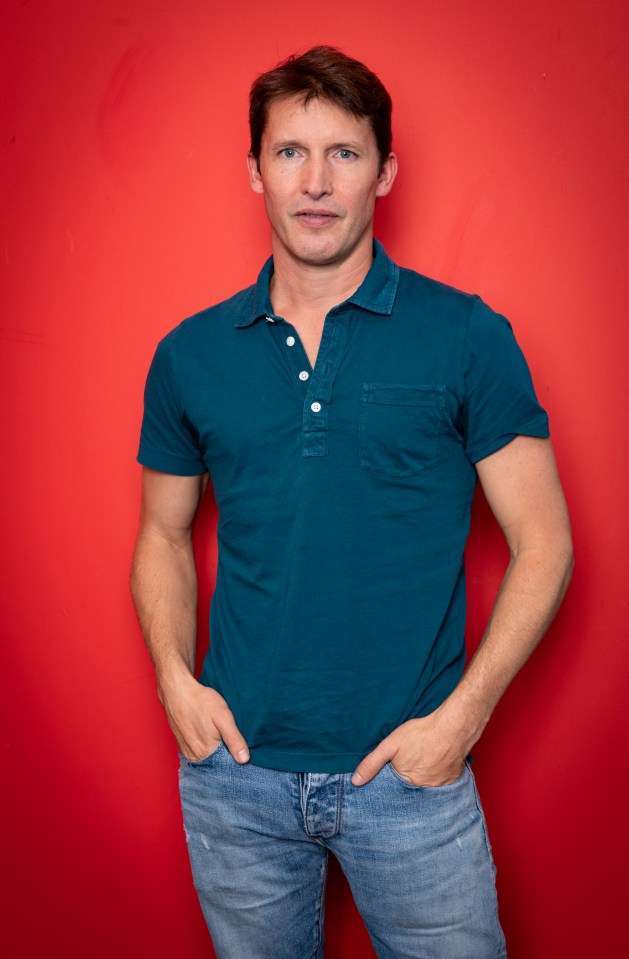 James performed live on Chris Evans’s Virgin Radio breakfast show on Friday, telling the DJ how he had played Monsters in front of the Queen at last week’s Festival of Remembrance.

Chris suggested it would make a great festive hit for a good cause — so I got in touch with James’s team to see if he fancied it.

He immediately said yes and agreed to give the royalties to Sun-backed charity Help For Heroes and The British Legion.

James told me: “Monsters is for my father, who’s awaiting a kidney transplant.

“I played the song at the Festival of Remembrance in the Royal Albert Hall last week in front of the Queen, members of the Armed Forces, bereaved families from the Afghan and Iraq campaigns and my father.

“The reaction since has been so amazing, so I’m releasing this song in the build-up to Christmas and giving the proceeds to Help For Heroes and The British Legion, who both do fantastic work for my former brothers and sisters in arms.”

“The reaction since has been so amazing, and so I’m releasing this song in the build-up to Christmas and giving the proceeds to Help For Heroes and The British Legion, who both do fantastic work for my former brothers and sisters in arms.”

James joined the army in 1996 and rose to the rank of captain before leaving in 2002.

So he knows first-hand how important the charities are to our servicemen and women, such as Ricky Ferguson, Josh Boggi, Andy Reid and Ben Parkinson, who have all suffered horrific injuries in the line of duty.

It would be great to see fans get behind the release for two great causes.

RIHANNA has sparked rumours her new album will be titled Balance after sharing an Instagram post with the initial capitalised.

She wrote: “This year has been quite an overwhelming one, and I’m working on that ish called Balance. brb”

Sly move to get Tyson in movie

BOXER Tyson Fury is the ultimate entertainer when it comes to his fights – and now Sly Stallone has offered him a film role.

The champ would play the Rocky legend’s enemy in the action movie. But he would have to fit it in while preparing for his rematch with Deontay Wilder.

Tyson said: “It’s mad for me at the moment. I’m doing a Christmas song with Robbie Williams, I’m releasing my autobiography, I’ve also got an ITV documentary as well.

“But I’ve also had an offer from Sylvester Stallone to do a movie. It’s not another Rocky – apparently it’s an action movie, they are looking for a villain maybe someone to be beat up by him.

“I think it might be at the same time I’ll be training for the Wilder fight so not sure what’s going to happen yet.”

The cheeky bruiser also revealed he’s been winding up Wayne Rooney by calling him up in the middle of the night.

He said: “I have prank-called Rooney as well. To be fair he returns the favour all the time, he pranks me.”
With Wayne’s detective wife Coleen around, I bet they had no trouble discovering who was pranking him.

CHARLIZE Theron is a golden girl on the red carpet – and she is tipped to win an award to match.

The South African star has been backed to win the Best Actress gong at the Oscars in ­February for her performance in Bombshell, a #MeToo-inspired real-life tale which also stars Nicole Kidman and ­Margot Robbie.

She already has an Oscar for her 2003 role in true-life serial killer drama Monster. Her new film is out next month and the Academy Awards nominations will be revealed in January.

But Charlize, who was at a fundraiser on Tuesday in New York for her Africa Outreach Project, faces stiff competition at the Oscars from ­several movies.

One rival is the reimagining of Cats featuring Idris Elba, Jennifer Hudson and Rebel Wilson. Time to get the claws out.

She said: “I’ve never lived as much life as I did writing this album. It was messy, and beautiful.”

Louis wants to getaway from 1D

LOUIS Tomlinson has done his utmost to ditch his One Direction boyband image.

But after smoking, ­partying, boozing and getting tattoos, the singer is taking things to the next level – playing a ­getaway driver in a bank heist.

The part is in the video for his upcoming single Don’t Let It Break Your Heart, which he filmed in Manchester over the weekend.

Ads for cast members wanted actors who looked like the hooligans in The Football Factory starring Danny Dyer — which is one of Louis’ favourite films.
A music source said: “Louis is really excited about the bank ­robbing storyline.
“He loves the creative freedom his solo career allows him and he is chuffed to be having a bit of fun. He’s a car fanatic too, so speeding away on set was a right laugh.”

He took on the hilarious task ahead of the main BBC1 fundraiser tomorrow at 7.30pm.

HE is supposedly one of the sexiest blokes in the world – but Harry Styles’ sheep-covered tank top could send his fans to sleep if he wears it during his ­forthcoming gigs.

The singer pulled on the woolly top in New York on Tuesday – days after wearing denim flares, a matching hat and ridiculous Gucci coat.

I’m sure Harry’s a great guy but these weird outfits aren’t tempting me into attending the world tour he announced today, which kicks off in Birmingham on April 15.

Then again, if his stage outfits are like this, it could give me a laugh.

JENNIFER LOPEZ has shared her own #MeToo story, revealing a director once asked to see her boobs ­during an early audition.

J-Lo, who refused the request, explained: “He wanted to see my boobs and I was like, ‘We’re not on set!’

“I said no, I stood up for myself. But it was so funny because I remember being so panicked in the moment.

MOST READ IN TV & SHOWBIZ

TOM Hanks is just too nice to play villains in films. Speaking of why he never plays baddies, the Forrest Gump actor said: “I never get them.

“Because bad guys, by and large, require some degree of malevolence I don’t think I can fake.”

Who is Tyson Fury’s wife Paris, what are their kids names, and how did the couple meet?

Don’t get caught out returning unwanted Christmas gifts – we round-up refund deadlines from...

TYSON FURY was carried to the ring on a throne, adorned with a crown and red cape, ahead of his heavyweight title clash...

TYSON FURY is taking on rival Deontay Wilder in a massive Las Vegas heavyweight showdown. The Gypsy King, 31, returns to pugilism after his...

BETHENNY Frankel wanted to quit Real Housewives of New York City sooner but said she only stayed for the “astronomical” paycheck. The 49-year-old franchise...

16 Japan experiences every traveler should enjoy