Home News It’s time to choose between a Tory majority… or dead-end calamity of...

IT is YOUR CHOICE. On Thursday, you go to the polls and decide this country’s future.

We’re told that every election is the most important in a generation. That’s not true this time: it is the MOST IMPORTANT VOTE in our lifetimes.

At stake is whether we leave the EU or not. You may think that was settled by the Brexit referendum — and it should have been. But any result other than a Tory majority will lead to more efforts to overturn the referendum result.

It will mean another year when politicians argue about whether to accept what people voted for in June 2016, rather than focusing on schools, hospitals and all the other domestic issues that matter so much.

There are TWO POSSIBLE RESULTS in this election: a Tory majority or another hung Parliament. Even John McDonnell, the Shadow Chancellor, is talking about how Labour would try to govern if it didn’t have a majority.

Another hung Parliament would be more of the same: Parliamentary gridlock and no progress. What would a Parliament without a majority for any party be able to agree on beyond a second referendum?

It is not even certain it could do that. You would need a government for a second referendum and Jo Swinson, the Liberal Democrat leader, has said she would rather have another election than put either Boris Johnson or Jeremy Corbyn into No10.

So we may well all be heading to the polls AGAIN in February if there is no clear result this time. Even if they could unite on a second referendum, they wouldn’t be able to agree on much else. It would be a single-issue government, to the detriment of everything else.

When Labour make extravagant promises it has a double credibility problem. First, how will it pay for them? It is not realistic to say you can fund spending equivalent to half an NHS every year just by taxing the rich and big business a bit more.

Second, will they actually happen given that Labour won’t win a majority? In a hung Parliament, Labour will only be able to do those things that Nicola Sturgeon’s Scottish Nationalists and the Liberal Democrats agree to.

By contrast, a Tory majority government would not be more of the same. It would break the Brexit deadlock. This country would leave on January 31. This will not settle the question of Britain’s future relationship with the EU, but it will mean that Brexit won’t continue to suck up all of Parliament’s energies.

A majority government is also more easily held to account. If the Tories win one, then at the next election voters will be able to see if they have delivered on what they said that would do: There will  be no excuses and no hiding places. Right now, the Tories are on course for a majority. I understand their own internal numbers indicate a working majority.

But these margins are very fine, and victory could slip away if voters don’t turn out. If Boris Johnson does win a majority next week, it will be because he has presented himself as change. Not just the person who can break the deadlock, but a leader with a different agenda to the one the Tories have had these past nine years.

Having been elected as a different kind of Tory, he will have to govern as that. This country has been in limbo for too long. It needs a Parliament that can take decisions, not just play for time. 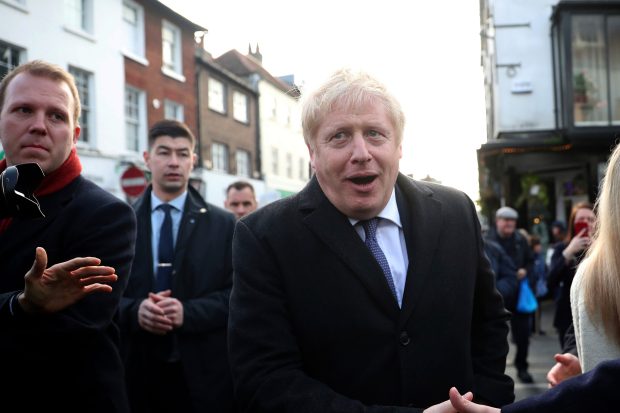 THE last days of this campaign will see Boris Johnson go walkabout.

The Tories recognise the need to inject more energy and enthusiasm into their campaign in the run-up to polling day and so there will be more Boris  walkabouts like the one he did in Salisbury, Wilts, this week. I am told, “Salisbury was an experiment”, to see how it would go.

According to one campaign source: “There is still a nervousness about letting it run wild.”

But there is a recognition that the Tories  need a bit of pizzazz in the last few days and that Boris  needs, “the energy of a walkabout”.

The Tory plan is to “close hard”. They are, privately, cautiously optimistic.

One Cabinet minister says: “In 2017 you could feel it slipping away, it doesn’t feel like that this time.”

But they have held back nearly all their online advertising budget for the last few days to guard against any last-minute swing back to Labour.

FEW expected Donald Trump to be able to resist getting involved in the election on his visit here for the Nato summit.
The Tory campaign held its breath waiting to see what firestorm the President might ignite.


Bluff, gruff Princess Anne is nobody's fool and a jewel in the Crown


Warning for liberal Tories – Labour isn't the loony left, it's the LETHAL left


Why must comedians be anti-Tory and anti-Brexit to get 'approved' by BBC?

But in the end, Trump, largely, kept his views to himself.

I understand that his son-in-law, Jared Kushner, was key in persuading him not to derail Boris Johnson’s election effort.

Kushner, who has a leading role at the White House, developed a good relationship with Johnson when the latter was Foreign Secretary and was keen not to have the visit create any distractions.

BREXIT PARTY A DANGER TO BREXIT 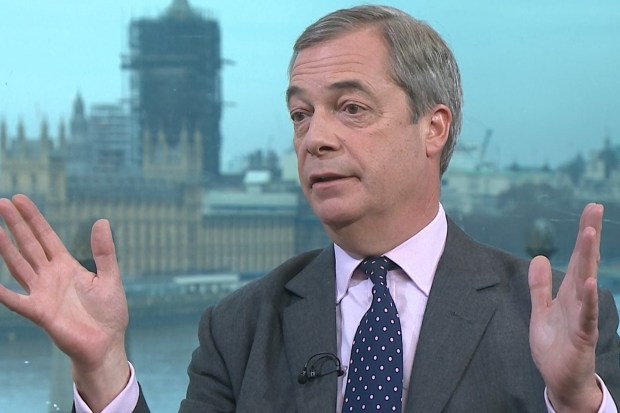 THERE will be more defections from the Brexit Party before polling day.

I am told,  “There’s another wave coming”, after four Brexit Party MEPs announced  they were leaving the party and urging voters to back the Tories to make sure  Brexit actually happens.

These MEPs are right. If Boris Johnson gets a majority, the UK will leave the EU on January 31.

If he doesn’t, we will  have a second referendum where voters will be asked to choose between Remain and Remain-lite. Nigel Farage is badly miscalculating in his refusal to tell voters in Labour/Tory marginals to back the Tories.

If Labour hold on in seats such as High Peak in Derbys, it will be because of the Brexit Party standing in a seat that it has no chance of winning.

One veteran Eurosceptic who has been part of an effort to get the Brexit Party to make clear that voters shouldn’t back it where it has no chance of winning blames Richard Tice, the Brexit Party chair and its candidate in Hartlepool, for blocking any such move.

This source tells me Tice is “a nightmare, he is a far bigger problem than Farage”.

This election is going to come down to fine margins. The Brexit Party vote could well let Labour hang on in some crucial seats.

Almost 500 terrorists freed from prison in the past decade — with many living...

ALMOST 500 terrorists have been released from prison in the past decade — and many live back on the same streets where they...

SOME 22million people worldwide now identify as “flexitarian”, meaning they enjoy a primarily – but not exclusively – vegetarian diet. And in Britain alone,...

Tesco Chief Customer Officer, Alessandra Bellini, said: “We know that many people are trying to reduce their spending after Christmas, with our research...

TOTTENHAM are looking for further reinforcements after completing the 18-month loan signing of Gedson Fernandes. Christian Eriksen is set to leave the club either...

THE Masked Singer reveals Tree is Teddy Sheringham after losing in the sing off in tonight’s episode. Octopus was pit against Tree in this...

Boris Johnson must table new backstop plan before the end of...

Almost 500 terrorists freed from prison in the past decade — with many living...