Irina Shayk looks stylish helping out at a food bank while ex Bradley Cooper steps out for a game of tennis... as they're both spotted

Irina Shayk has spent the majority of her quarantine in The Big Apple since splitting from ex, Bradley Cooper in January.

And the Russian supermodel took the opportunity to give back to her community on Friday, posting on Instagram to reveal she had teamed up with Voss water to donate 2,000 bottles of Voss to The River Fund and Food Bank For New York City.

On the same day, her ex Bradley, 45, was also spotted out in New York, as he left his home for a game of tennis. 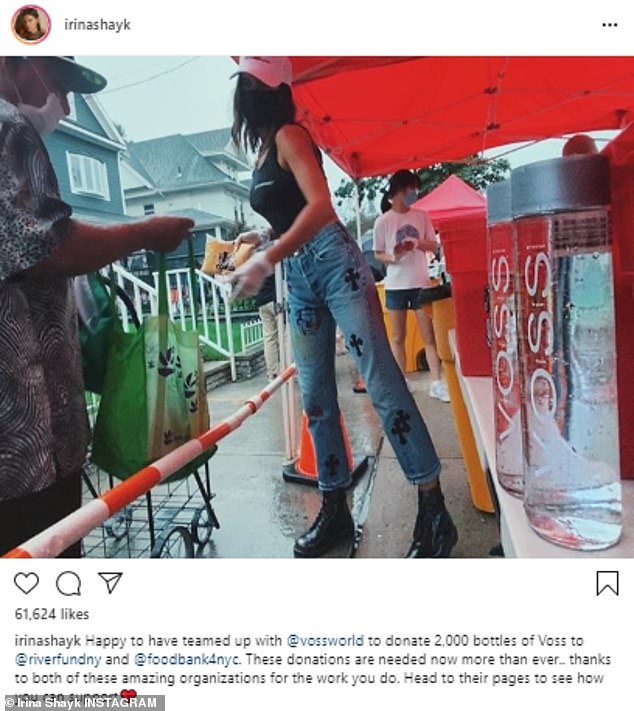 Giving back: Irina Shayk, 34, spends her Friday donating water and giving provisions to various NYC food banks, ‘these donations are needed now more than ever’

Bradley was dressed smartly as he held a sports bag which appeared to hold his tennis racket, after leaving his home in the city. The former couple share a daughter together, three-year-old Lea De Seine Shayk Cooper.

Meanwhile, providing community relief at an important time, Irina spent the morning preparing provisions and handing out water as she donated her time and effort to people in need.

In her caption the supermodel added ‘these donations are needed more than ever…thanks to both of these amazing organizations for the work you do’, before plugging their websites, encouraging her 13.7 million followers to get involved. 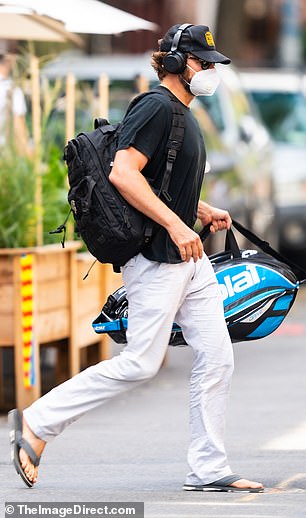 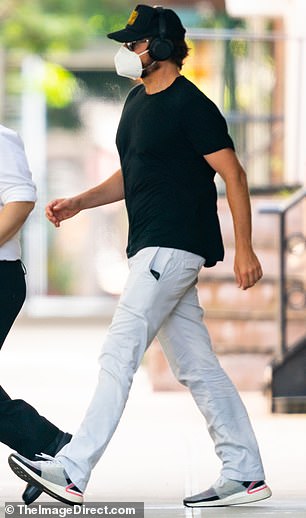 Out and about: On the same day, Irina’s ex Bradley Cooper was seen going for a game of tennis, also in New York City 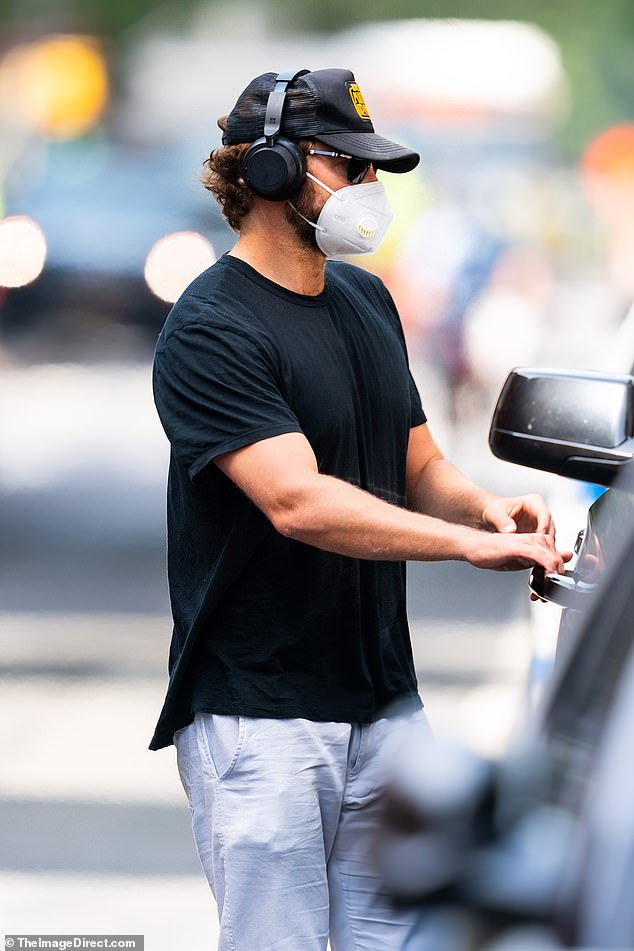 Off he goes: Bradley was seen leaving in a vehicle on his way to play sports

Irina topped off the the low-key ensemble with black combat boots, a black face mask and a pink baseball cap, also wearing gloves as she gave bagged food to those in need.

This is not the first time the kind-hearted stunner has posted about her involvement with these organizations. 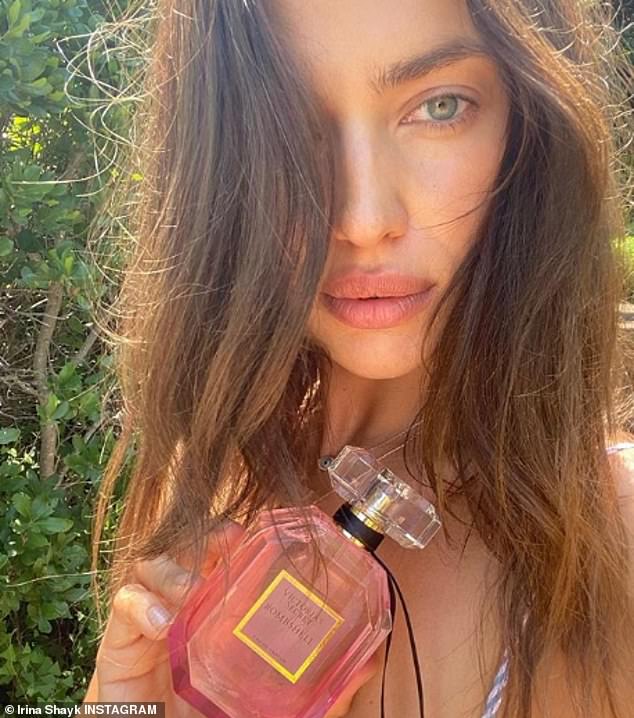 Selfie promotion: Since the pandemic many of the world’s top models have been forced to keep brand partnerships alive through at-home shoots 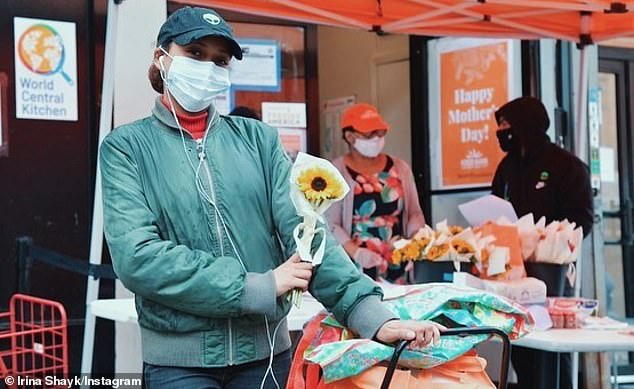 Mother to Mother: Irina brought awareness to a Mother’s Day distribution in through the organization Food Bank for NYC where she urged her followers to donate

Irina has been very vocal about her support and relief efforts with Food Bank For NYC, especially since the Pandemic.

In May, she brought awareness to a Mother’s Day distribution in through the same organization.

She urged her followers to donate and announced that baby provisions and beauty boxes were given to 200 mothers in need. 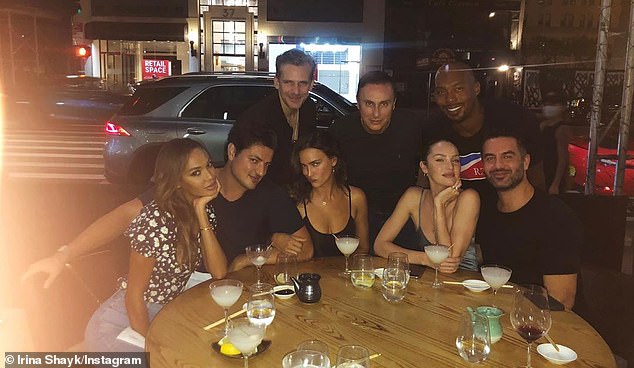 In recent months Irina has been flying solo in NYC. Her ex Bradley has been spending time with their 3-year-old daughter Lea in Los Angeles, while Irina has tried to get back to work.

On Tuesday night, Irina joined her fellow Victoria’s Secret Angels, Joan Smalls and Candice Swanepoel as the beauties enjoyed an outdoor sushi dinner in the city with fashion pals.

Since the pandemic many of the world’s top models have been forced to keep brand partnerships alive through at-home shoots. Irina has  posted a number of campaigns she has done as her Instagram portfolio expands daily.

Happy New Year in Hebrew: How to wish someone a happy Rosh Hashanah in Hebrew 0