Strictly Come Dancing judge Shirley Ballas has given fans a glimpse inside her swish London home.

The TV star, 59, lives in a traditional house with her boyfriend Danny and their dog Charlie, who lead the tour which featured in the Channel 4 series Snoop Dogs.

Among the highlights in Shirley’s home were floor-to-ceiling windows, a modern kitchen and a slew of living room ornaments, including a bust eerily similar to the EastEnders staple The Queen Vic. 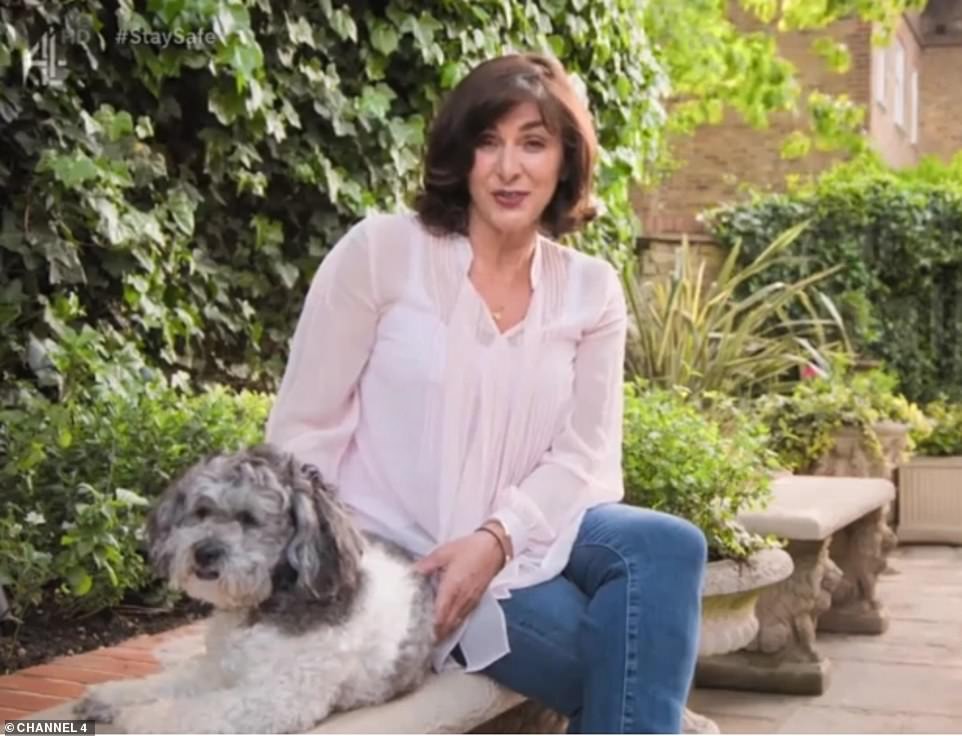 Lavish: Strictly Come Dancing judge Shirley Ballas has given fans a glimpse inside her swish London home, thanks to her pet pooch Charlie on the Channel 4 series Snoop Dogs

Shirley’s home boasts a traditional design with a simple interior and classic woodwork, though the kitchen seems to be more modern with swish marble worktops.

The former dancing champion has glass radiator covers that add to the swish decor, while her dining table also has an elegant design with some inspiration from times past.

The living area features a large TV and an array of ornaments, as well as beige sofas and a neutral colour scheme. 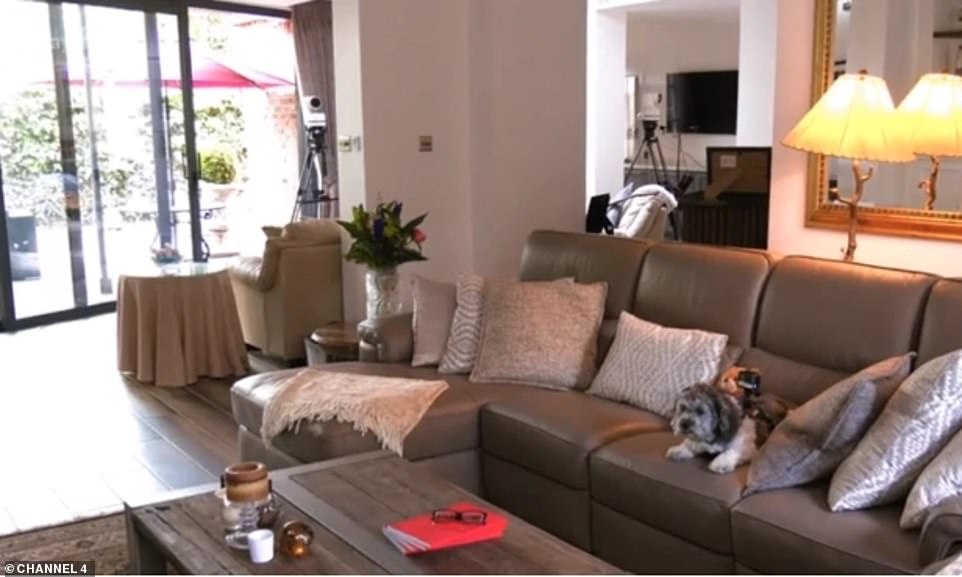 Lovely: The classic home, built in the 1980s, boasts a traditional design with a neutral colour scheme 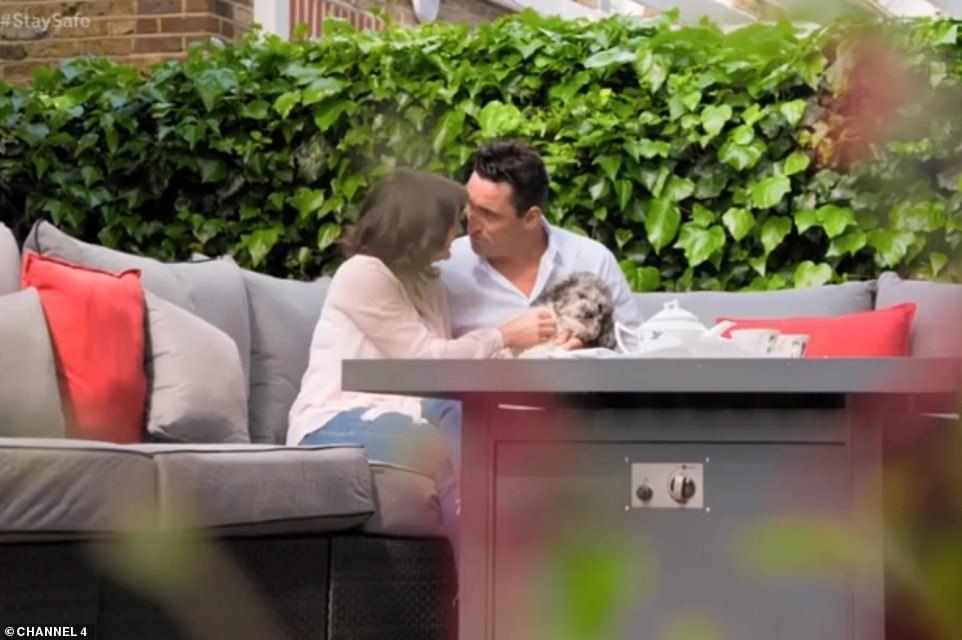 Happy: Shirley lives in her London home with her boyfriend Danny and their dog Charlie, after she relocated from Los Angeles to England 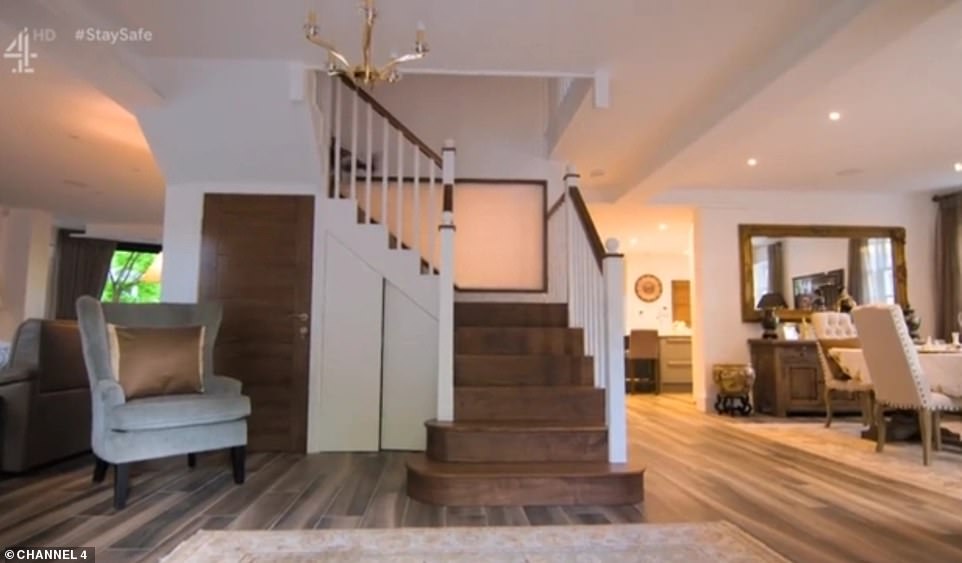 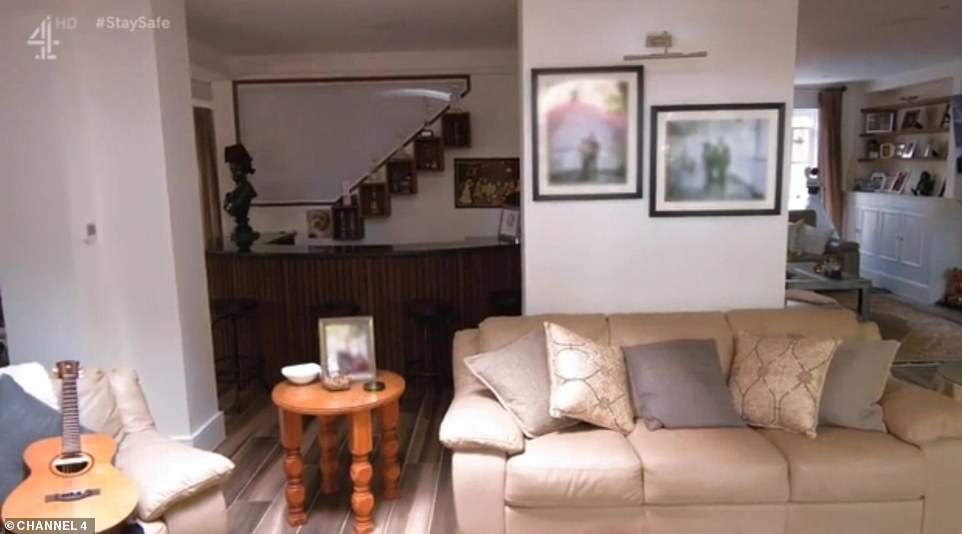 Classic: The walls are covered with picture frames while the beige sofa takes centre stage in the living space

Up in the bedroom Shirley has plenty of space to store her array of glamorous looks both on and off the Strictly dancefloor, thanks to an enormous walk-in wardrobe.

The star’s walls are decorated with an array of different pictures and shelves laden with ornaments.

Shirley has been holed up at home with beau Danny and their dog Charlie as fans eagerly await news about how the new series of Strictly will take shape during the COVID-19 pandemic. 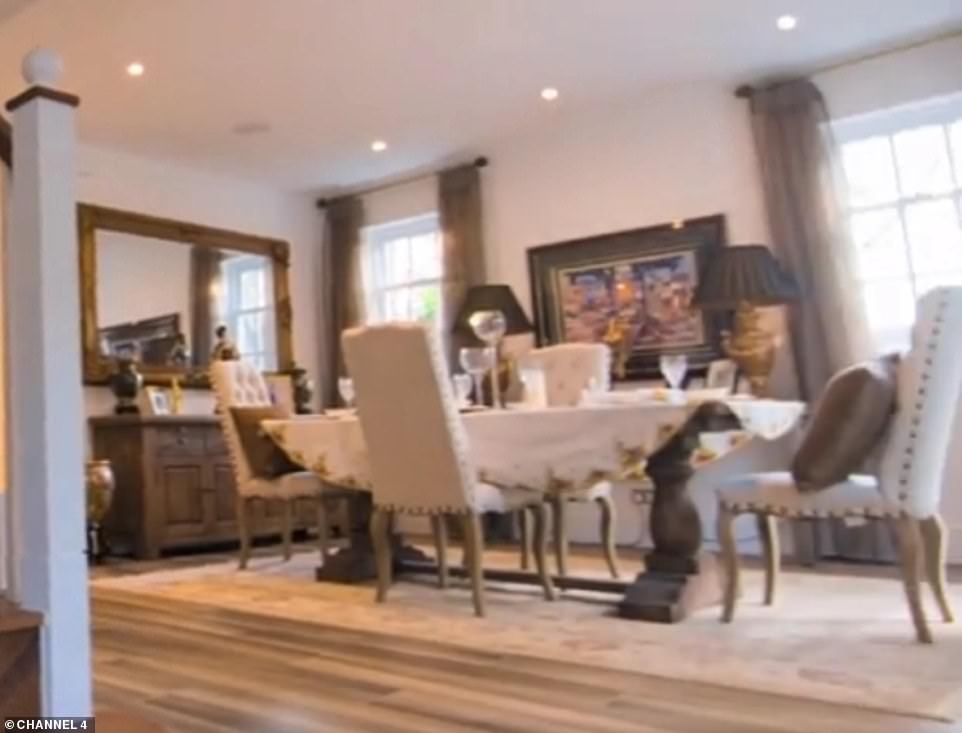 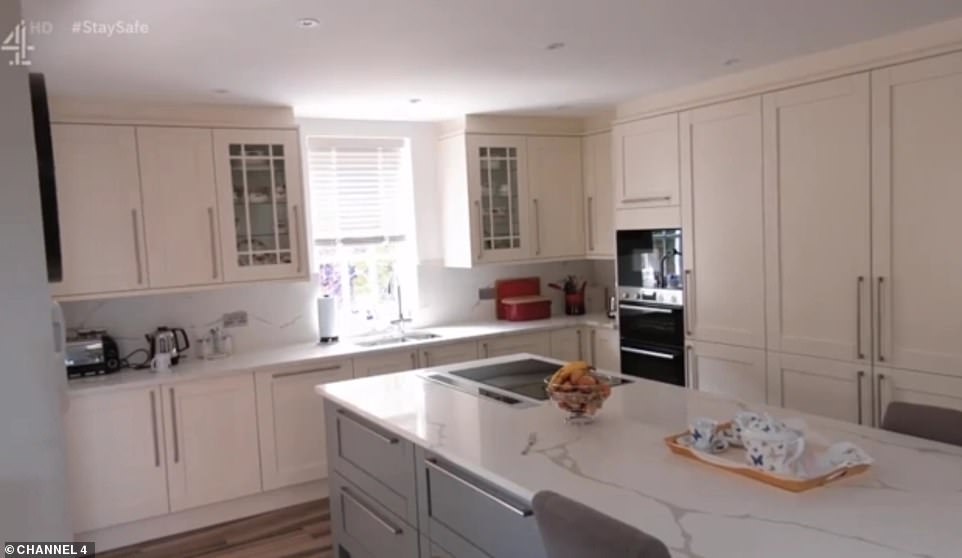 Contrast: Meanwhile the kitchen seems to boast a more modern design, with grey and white cupboards and sleek marble worktops 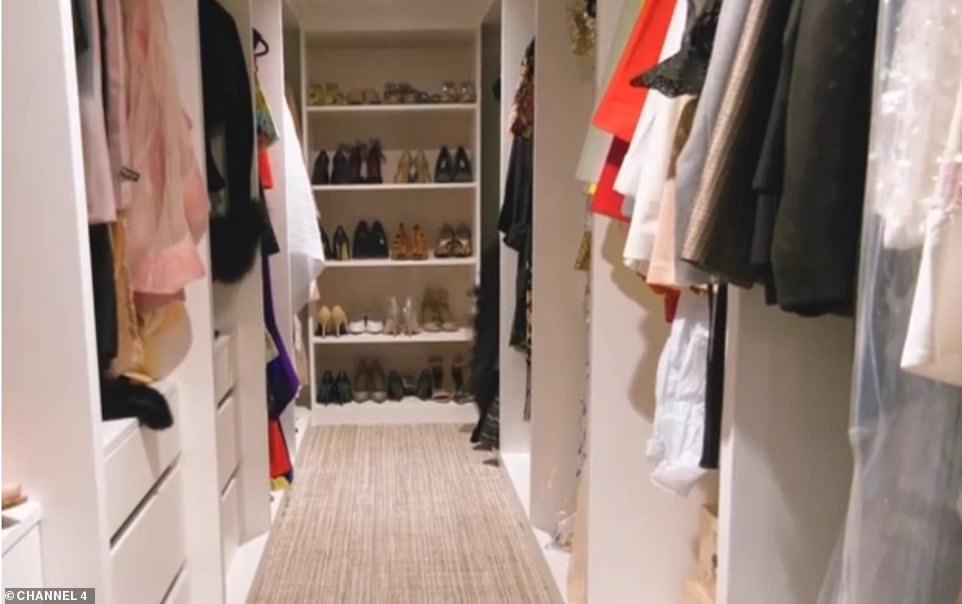 What to wear? In the bedroom Shirley has plenty of space to store her enormous collection of clothes, as she has a walk-in wardrobe 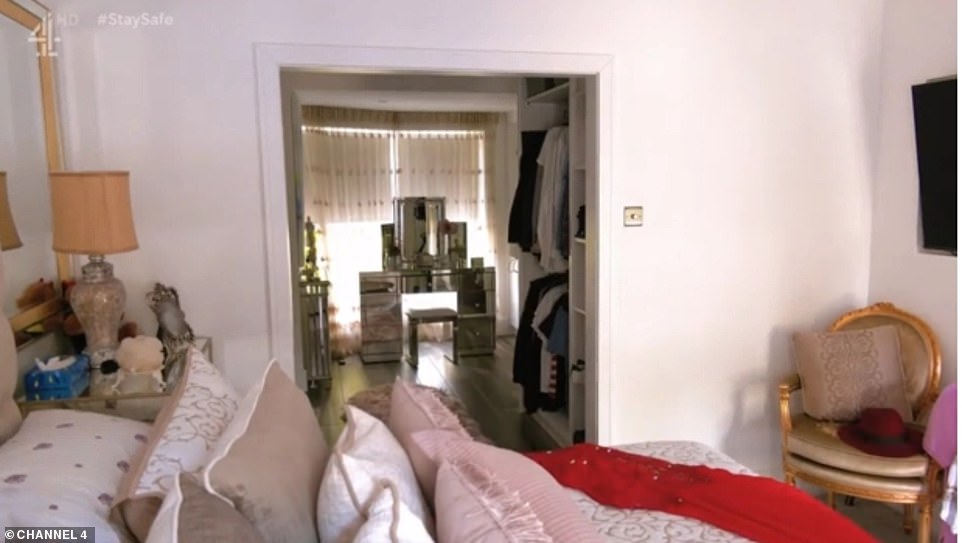 Cosy: The simple bedroom has a glamorous twist in the form of a reflective glass dining table 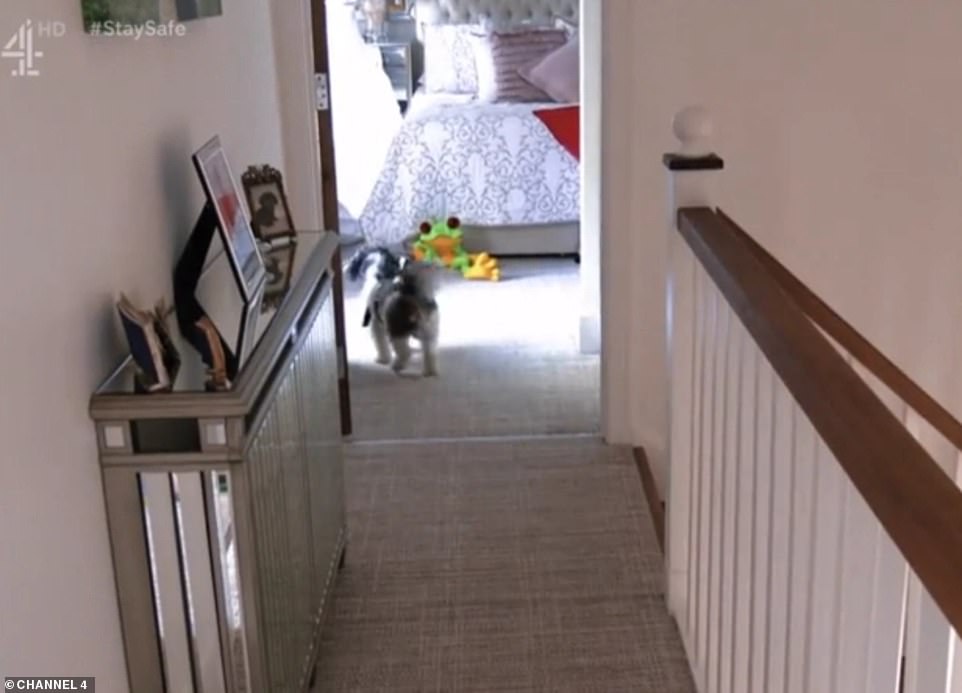 Funny: Fans received an unorthodox tour of Shirley’s home thanks to her dog Charlie in the new lockdown series Snoop Dogs

On Wednesday bosses revealed this year’s series will be shorter than usual, with ‘couple bubbles’ used to ensure the show can adhere to social distancing guidelines.

The show’s team of hair and make-up artists are expected to be able to resume their normal duties using suitable PPE.

A statement released to MailOnline said: ‘The Strictly Come Dancing team are doing everything they can to bring the nation plenty of Strictly magic later this year.

‘To ensure we deliver the high standards audiences know and love, and in light of the ongoing considerations around COVID-19, this year’s series of Strictly will have a slightly shorter run than usual.

‘The safety of our cast and crew is of the utmost importance to us and further updates will be made in due course.’ 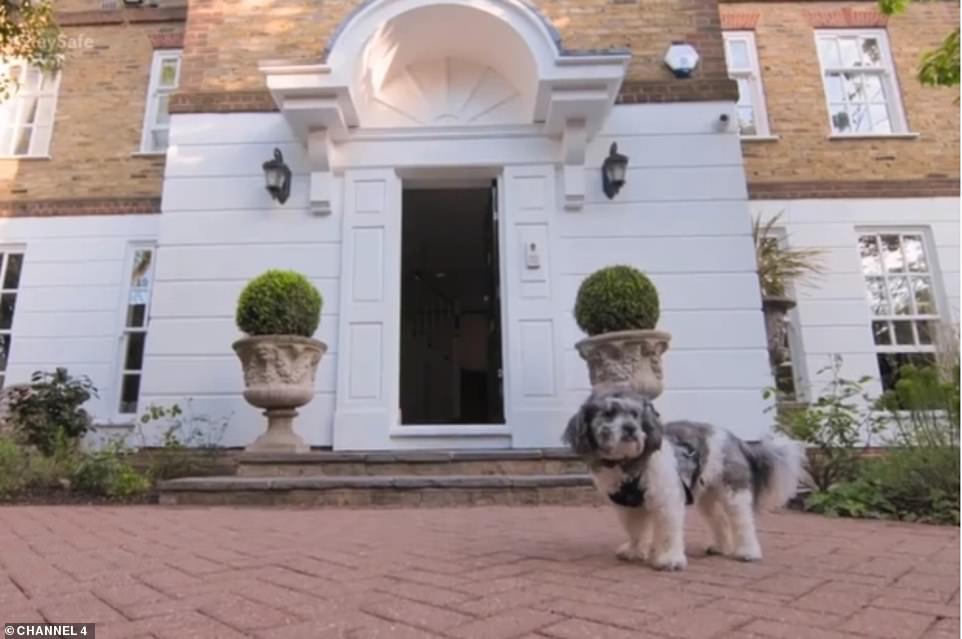 Exciting: Shirley has been holed up at home with beau Danny and their dog Charlie as fans eagerly await news about how the new series of Strictly will take shape during the pandemic

UK gardener harvests potato resembling her dog: 'This has cheered us all up massively' 0

Liv Tyler is not returning for the second season of 9-1-1: Lone Star 0

John Cleese, 80, strolls hand in hand with wife Jennifer Wade, 47, as they head out shopping 0

Mike Rowe on 'the reality of risk': 'We've forgotten the fact that risk is not always the enemy' 0

Gemma Collins reveals she had a miscarriage during lockdown   0