The official news earlier this week that Russia’s Sputnik V vaccine against COVID-19 is safe and effective has caused a flurry of activity in Germany.

While Health Minister Jens Spahn said on Wednesday that talks were being held with Moscow to explore production capacities for the Russian jab in Germany, a regional leader confirmed one day later that the Russian developers had reached out to IDT Biologika to discuss jointly producing Sputnik V at a facility in eastern Germany.

“There are no ideological reservations against Sputnik V. We welcome anything that can help in the fight against the coronavirus,” a spokesman for Saxony-Anhalt Premier Rainer Haseloff told reporters. “If IDT Biologika wants to produce the Russian vaccine and it would be approved in the EU, we as a state government would of course do everything to help the company.”

The possibility of another jab coming within reach has been warmly welcomed in Germany, where anger is growing over the slow pace of vaccinations in comparison with countries such as the United States, Israel and former EU member Britain. Criticism here is especially loud because Berlin has failed to secure preferential access to the BioNTech-Pfizer vaccine, even though the company is based in Germany and its vaccine was the first to be approved in the West. 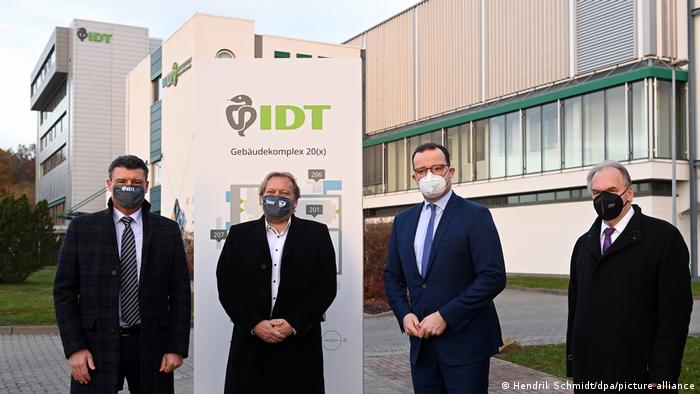 Time is of the essence

IDT Biologika is a contract development and manufacturing company that produces viral vaccines and other biological products for pharmaceutical companies across the world. The company was founded almost exactly 100 years ago, and has about 1,400 employees working at plants in Dessau-Rosslau and Magdeburg — both in eastern Germany — as well as in Rockville, Maryland, in the United States.

As the coronavirus began to spread last year, the company launched its own effort to make a vaccine against the disease, supported with €114 million from the German government for clinical phase I trials. But its MVA-SARS-2-S shot, developed with the help of the German Center for Infection Research (DZIF), failed to prompt a sufficient immune response in humans.

Early last month, the company said it had begun optimizing its vaccine but was two months behind schedule.

As a contract manufacturer though, the company is heavily involved in the global vaccine push, especially after opening a new plant in Dessau-Rosslau in 2019, where since January it has produced 8 million doses of the COVID-19 vaccine developed by AstraZeneca and Oxford University.

IDT Biologika chief executive Jürgen Betzing has so far declined to comment on the prospect of manufacturing the Sputnik vaccine, saying only that the company was currently in talks with various manufacturers to discuss “the challenges of reliable vaccine supply.”

“Our know-how is currently in high demand,” he told the newspaper Mitteldeutsche Zeitung on Thursday, noting that his company was one of the most important players in vaccine manufacturing across the world. At the same time, Betzing dampened hopes for a quick rollout of Sputnik V in Germany, saying production preparations for any new vaccine would take “four to five months.” He called that an “ambitious” timetable, but one IDT would be “able to achieve.”

Earlier this week, IDT development chief Andreas Neubert generally warned against lofty public expectations from vaccine makers, noting that IDT actually “doesn’t have spare capacities, but capacities that could be built up.” Here, too, time was of the essence, he told German public broadcaster Deutschlandfunk.

“Each process that we establish, each quality control and technology we apply requires a specific amount of time,” he said. “If I’m not given this time, it just doesn’t work, that’s all I can say.” 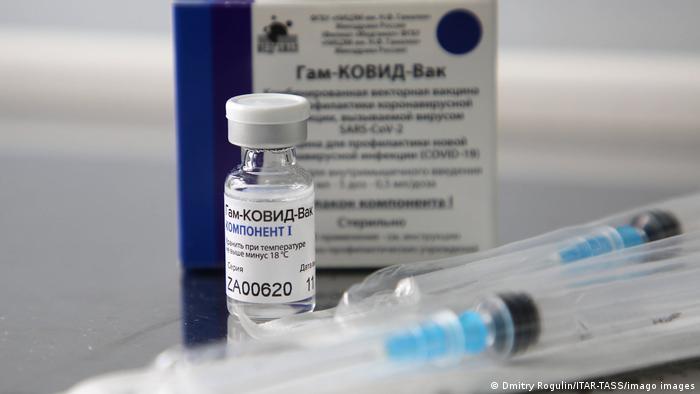 If approved by EU regulators, Sputnik V could be the fourth vaccine available in the bloc after those from BioNTech-Pfizer, Moderna and AstraZeneca. Their rollout, however, is currently hampered by delivery delays, production bottlenecks and political blunders.

Leading medical journal The Lancet reported on Tuesday that Sputnik V, which was developed at Russia’s Gamaleya National Research Center for Epidemiology and Microbiology, was 91.6% effective against symptomatic cases of COVID-19.

The assessment came after critical phase III trials and defies criticism of Moscow’s decision to start using it on a mass scale last year, before all the trials were completed and results analyzed.

German Chancellor Angela Merkel has offered her government’s help in fast-tracking approval of Sputnik V in the EU application process, and France, as well as Spain, have signaled their willingness to use the shot.

According to Russian public investment fund RDIF, which has been financing research into the vaccine, more than 2 million people in 15 countries, mostly in the developing world, have so far received Sputnik V shots.

Loading...
Newer Post
Peter Sellers's former Mercedes has been fully restored and is up for sale
Older Post
Michelle Keegan screams in terror as she RUNS OVER drunken reveller during Brassic filming

Love Moong Dal Halwa? Make It Under 12 Minutes With This Genius Recipe! 0