'I blame myself': Maura Higgins opens up about her best friend's tragic death

Jessica Simpson 'freaked out' over turning 40: 'I am accepting it slowly'
Mick Mulvaney on Woodward claims: 'I have absolutely no regrets’ on how Trump handled Soleimani
Stephen Jackson says 'I love Jews,' praises Louis Farrakhan while explaining DeSean Jackson defense


Maura Higgins revealed the secret heartbreak she suffered after losing her dear friend Andrew Rowan following a motorcycle accident in her home country of Ireland in 2017.

The Love Island beauty, 29, revealed that the tragic loss was the worst moment of her life and she blamed herself for it.

Her best friend Andrew died at the age of 26 when his motorcycle was involved in a collision with three cars in Co Athlone, Ireland almost four years ago. 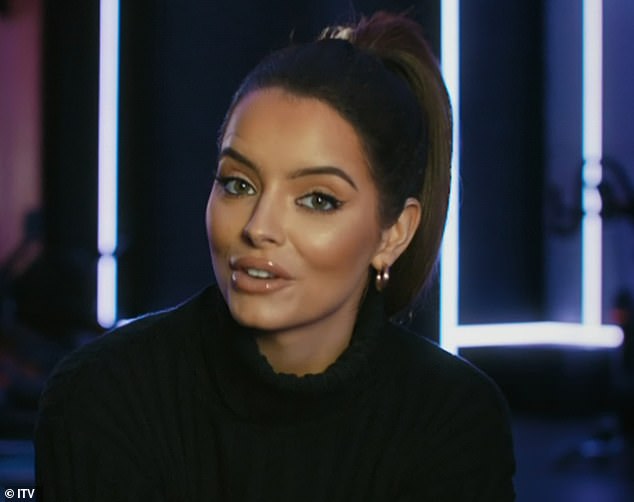 Tragedy: Maura Higgins revealed on Sunday that she lost her friend Andrew Rowan in 2017 to a motorcycle crash and finding out the news was the worst moment of her life

Maura revealed her biggest emotional challenge as she said to The Sun on Sunday’s Fabulous Magazine: ‘Losing my best friend Andrew.

‘He was killed in a motorbike accident four years ago. That was definitely the worst time of my life.’

After making the bold move to appear on the 2019 series of Love Island, Maura discovered that his death inspired her to live every day like it’s her last and she doesn’t plan ahead due to the uncertainty of life. 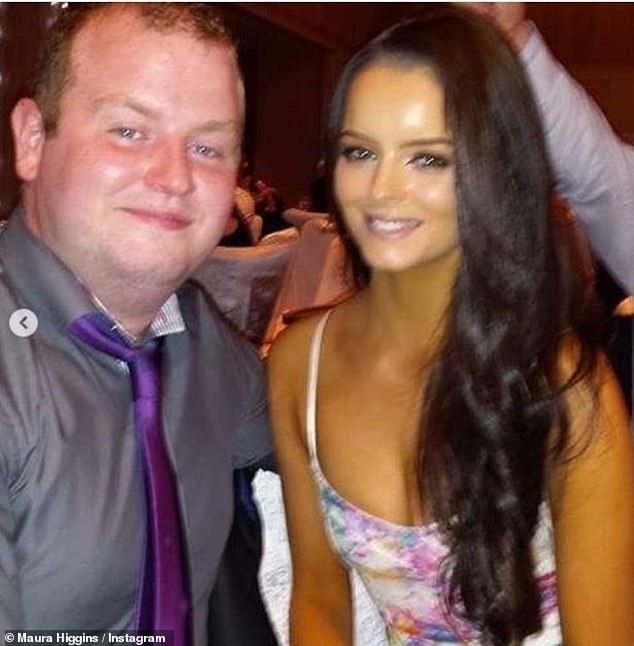 Friends forever: The Love Island beauty, 29, lost her friend when he was just 26-years old as he collided with three vehicles in Co-Athlone in Ireland in 2017

She added: ‘I get the question so many times: “Where do you see yourself in five years?” And I can’t answer it because after that happened.

‘I vowed to just enjoy every day and now I will not look to the future too much. You’re just not ready for something like that. It was awful.’

According to the brunette bombshell, she blames herself for the death of her friend as the disclosed to The Mirror in 2019 that she was too tired to join him for dinner on the night of his crash.

She felt it was her fault for turning him down and changing the course of events for that evening, despite the fact that nobody could have predicted the tragic accident. 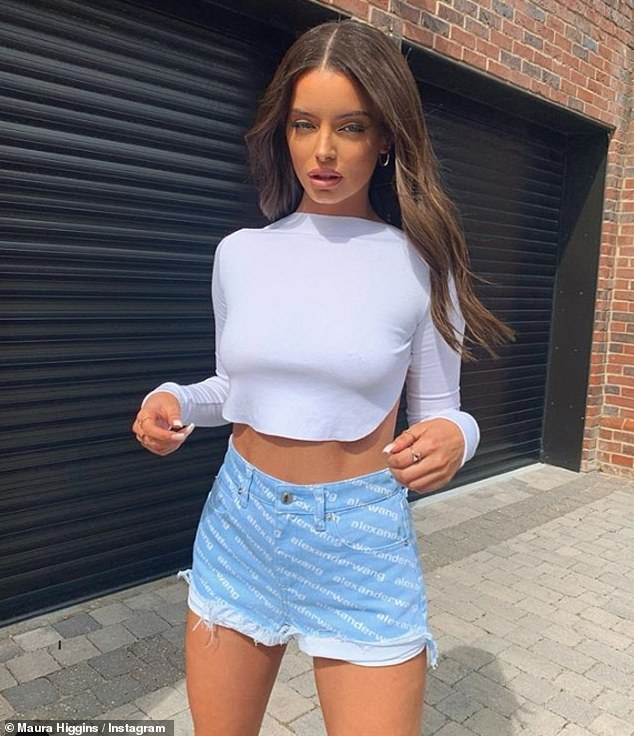 Twist of fate: Maura continued to blame herself for what happened to her friend as she turned him down for dinner as she was too tired to join him on the night that he crashed 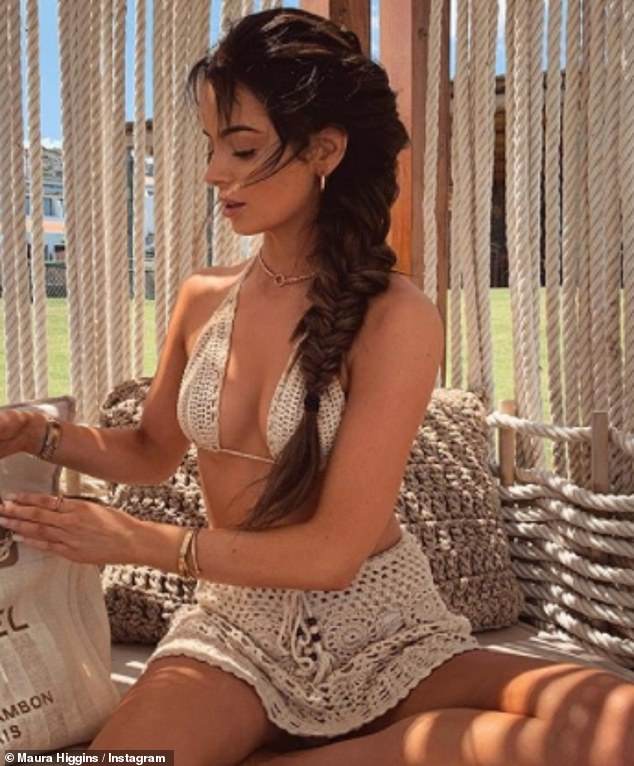 New perspective: For the brunette bombshell, she feels the tragic loss has completely transformed her outlook on life and forced her to appreciate every day as it comes

Maura said: ‘For so long, I used to think that if I had gone for dinner with him that day, when he had asked, he wouldn’t have been on that motorbike.

‘My family kept saying to me, “Maura, you can’t think like this, it was going to happen”, but I just kicked myself for so long and got worked up about it for so long.’

She also suffered another heartbreak this year after she split from her Love Island beau Curtis Pritchard in March, just eight months after leaving the Love Island villa together.

Her ex has recently moved on with dancer, Amber Pierson, which Maura described as a ‘kick in the teeth’ following speculation that the pair were becoming overly friendly during their relationship. 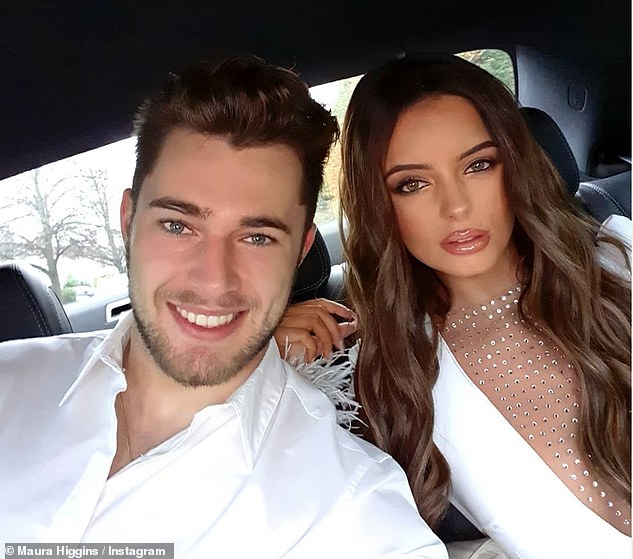 Breakup: Maura separated from her Love Island boyfriend, 24, Curtis Pritchard in March which was eight months after they left the Love Island villa together

While Curtis has denied all cheating allegations, his friendship turned romance with the blonde dancer, 21, is undeniable as the pair were spotted canoodling in a park at the beginning of August.

Maura revealed that it hurt her to find out that her two previous boyfriends have allegedly cheated on her, but she promises to bounce back stronger than ever.

A source close to Curtis and Maura told MailOnline the cheating claims are a ‘smear campaign’ by Maura to serve as a ‘diversion’ from rumours that circulated about her relationship with her Dancing On Ice partner Alexander Demetriou. 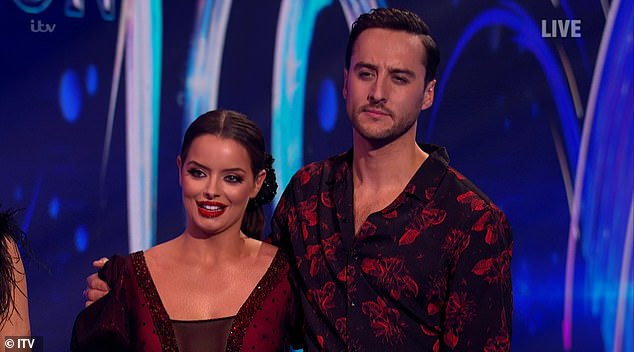 Cover up? A source told MailOnline that Maura’s cheating accusations are a ‘smear campaign’ to divert attention away from her relationship with her Dancing On Ice partner Alexander 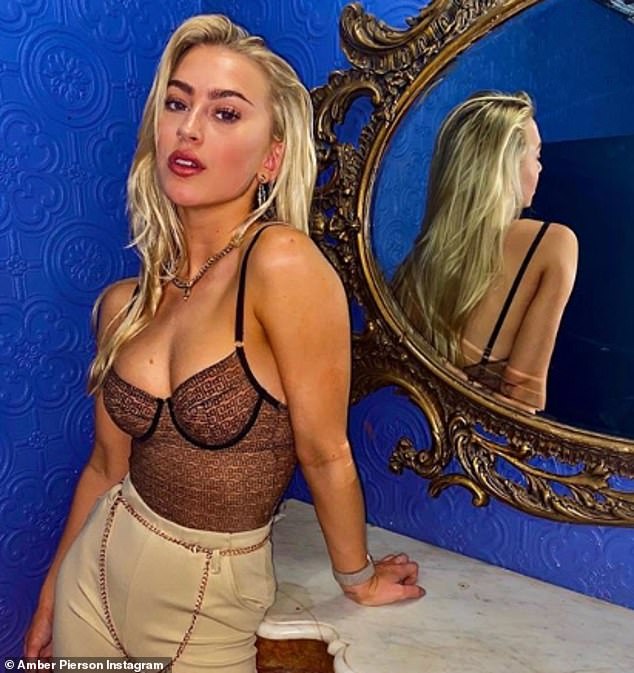 New lady: The dancer and reality star, 24, is now dating fellow dancer Amber Pierson after the pair were spotted kissing and holding hands in a park at the beginning of August

At the time, the insider said: ‘The claims earlier this year that Curtis was with Amber whilst still with Maura were simply a tactical diversion by her to take the heat off the rumours circulating about the close relationship she had with her dance partner Alex’.

Alexander and his wife Carlotta Edwards split earlier this year, with Alex admitting she grew ‘jealous’ of his close bond with Maura, saying he ‘didn’t want to lead her on’ anymore.

A friend of Curtis and Maura insisted that there was ‘no overlap’ between him seeing Amber and the reports that Maura and Alex had grown close during their time on the show. 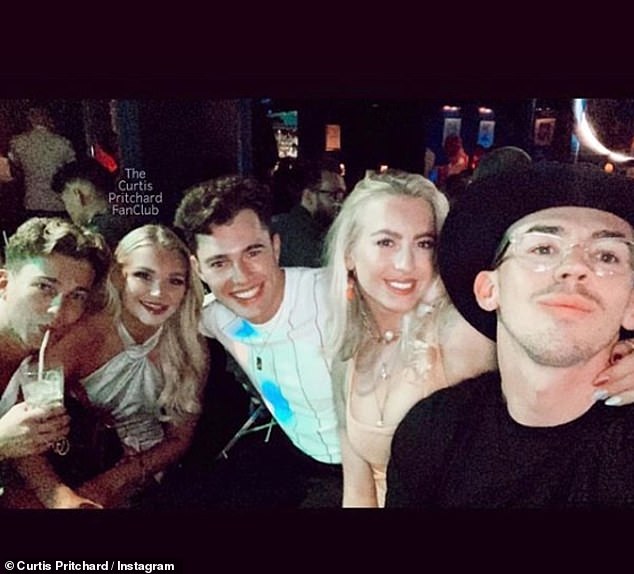 Affair? Curtis (pictured centre) and his new beau, 21, (pictured right) were rumoured to be getting too close for comfort during his relationship to Maura who accused them of cheating

Cameron Diaz the wine maker! The actress, 48, announces the release of a new red wine 0

Flu jab 2020: How to tell if you have flu or coronavirus as winter flu season kicks off  0

Thai national park will collect, mail litter back to visitors who left it behind 0

Dominic Cooper struggles to keep his trousers up 0