PEOPLE are being urged to flee homes today with two inches of rain set to fall in as many hours.

Properties five miles from the Queen’s Sandringham home got an evacuation alert ahead of the deluge.

The precautionary warning was issued over fears that sea defences between Hunstanton and Snettisham, Norfolk, could be breached.

It applies to 3,000 properties but the vast majority are holiday caravans.

Forecasters reckon large swathes of the country could be left under water.

It said fast-flowing or deep floodwaters could cause “a danger to life”.

Some communities could even be cut off.

The Environment Agency said it had issued more than 200 flood alerts and warnings covering the UK.

The River Ouse through York was expected to peak last night. Riverside properties in central Boston, Lincs, are also at risk.

Other warnings are in place along the coast in Cumbria and the North West, the North East and Yorkshire, the South East coast including Dover and Folkestone, and Cornwall in the South West.

In a further blow, overnight temperatures are expected to drop below freezing.

And the tail-end of Hurricane Lorenzo is expected to give Britain a kicking on Thursday.

“There is a yellow rain warning in place today.

“The heaviest showers will begin in the South West and Wales before moving eastwards as the day progresses.

“The concern is that this rain is going to fall on already saturated areas which could leading to localised flooding in places.

“If that wasn’t bad enough, there’s a possibility of lightning and hail mixed in with it.”

There will be some respite tomorrow before what’s left of Lorenzo arrives from the Atlantic late on Thursday.

Ms Maxey added: “By the time it reaches us it will have weakened significantly to an ex-tropical storm.” 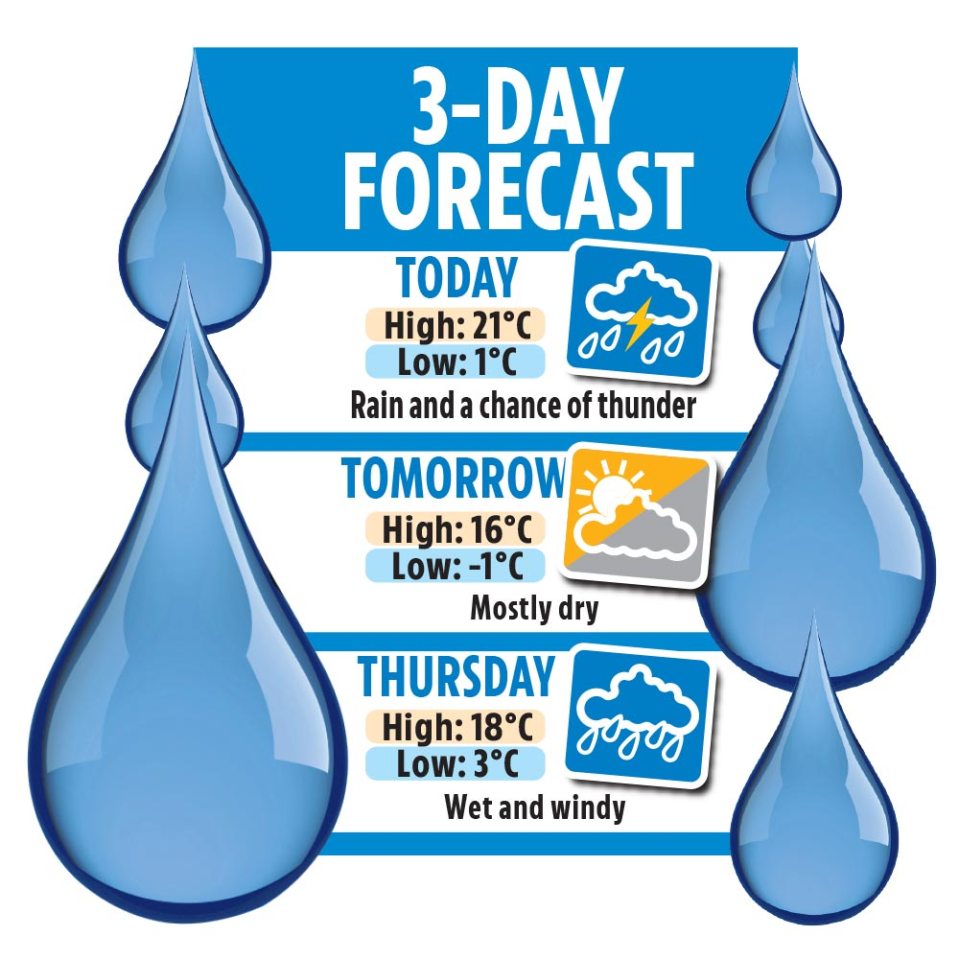 But some areas have seen nearly double their September average.

Council beach huts were washed away in a storm at St Leonards, Sussex[/caption]

A cyclist tries to stay dry in a flooded tunnel at Blackfriars, London[/caption]

Mum shares haunting last words of son, 15, who took his own life after ‘relentless bullying’

Raheem Sterling’s row with Joe Gomez was handled in a ludicrous snowflake way by...

Love Island villa is in the midst of ‘rampant’ gang war that saw a...

Coronation Street’s Lucy Fallon says she was a ‘teenage rebel’ before landing role on...

LUCY Fallon has admitted to being a ‘teenage rebel’ before she landed her Coronation Street role. The actress, who is currently planning for life...

Mum shares haunting last words of son, 15, who took his own life after...

A GRIEVING mum has shared the haunting final words of her teenage son who took his life after enduring “relentless bullying”. Simon Brooks, 15,...

THE Sun can reveal the ITV2 series will return in the summer for the sixth consecutive year. Its future had been thrown into doubt...

Arteta adamant he can convince Aubameyang to stay as striker again proves value to...

MIKEL ARTETA believes he can convince Pierre-Emerick Aubameyang to stay. Arsenal striker Auba netted twice against the Toffees to take his tally for the...

A WORLD champion arm wrestler has been jailed in Russia after shattering his ex-wife’s skull, jaw, collar bone, and ribs and leaving her...

Picasso painting worth $1 million to be raffled

Coronation Street’s Lucy Fallon says she was a ‘teenage rebel’ before landing role on...

Mum shares haunting last words of son, 15, who took his own life after...