Holly Willoughby gushed she ‘can’t wait to snuggle’ her friend Dermot O’Leary’s new baby after the presenter announced the birth of his son on Saturday.

Dermot, 47, was delighted to reveal the exciting news with his wife Dee Koppang as he shared the announcement on Instagram.

Commenting on the post, Holly said: ‘Congratulations… Love you both… Welcome to the world Koppang O’Leary, can’t wait for snuggles.’ 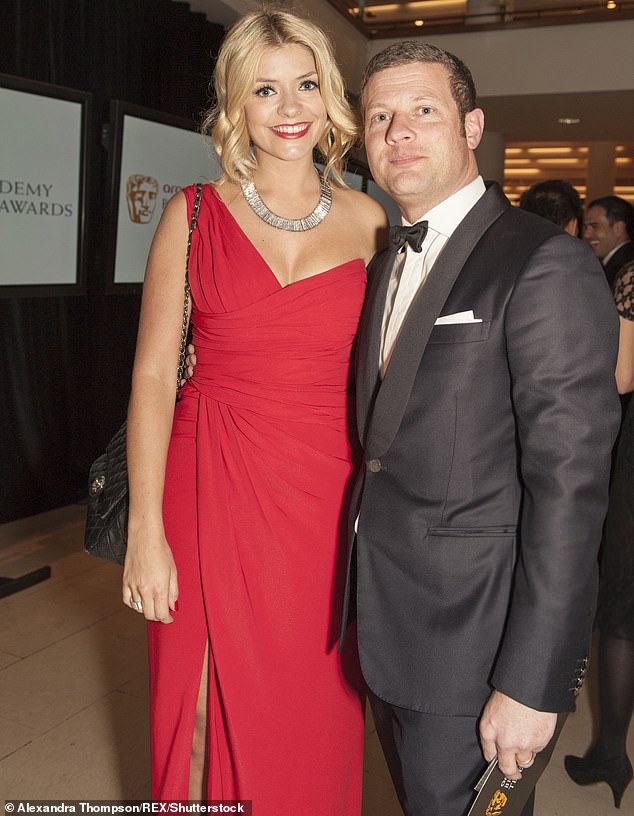 The pair are close friends and Dermot was even an usher at Holly’s wedding in 2007 to Dan Baldwin.

Dermot posted a photo of a babygro on Saturday to share his news, with ‘Koppang O’Leary Productions Est. 2020’ written across it.

He wrote: ‘We’re delighted to announce that we’ve had a baby! A little boy born on Tuesday 23rd June 2020 (Sankthansaften / Midsummer for you Norwegians) at 8.19am, weighing in at 6lb 13oz. 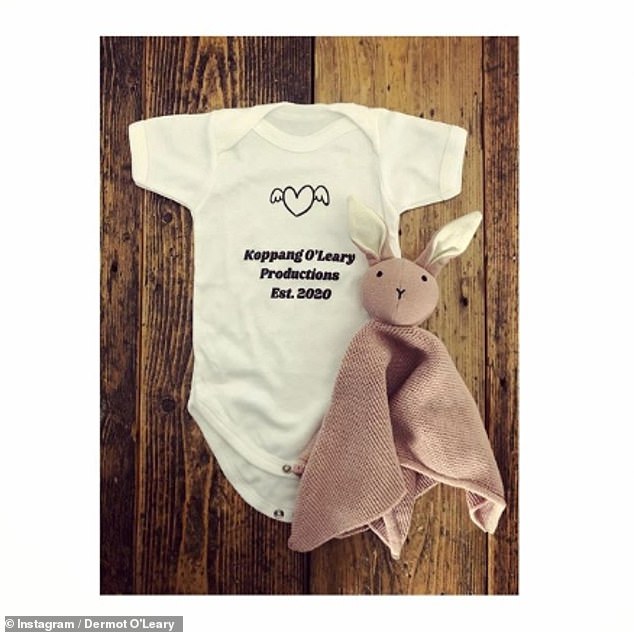 Baby news! The presenter took to Instagram to announce the news as he said he was ‘enjoying the cuddles in a new born bubble’ 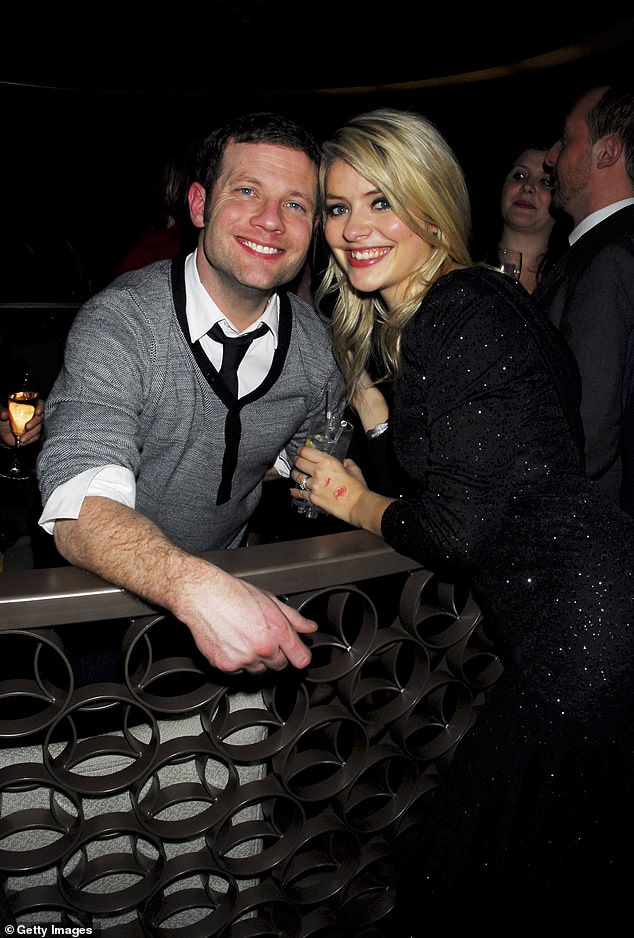 Close: The presenting pair, pictured in 2008, are good friends are Dermot was even at usher at Holly’s wedding in 2007

Congratulations! The This Morning presenter sent a heartfelt message after the announcement on Saturday

‘Enjoying the cuddles in the newborn bubble… cats yet to be 100% convinced. Lots of love, Dermot & Dee x.’

Others stars to send their congratulations to Dermot and Dee included Scarlett Moffatt, Laura Whitmore, Daisy Lowe and Rochelle Humes.

Just a day before their son was born, Dermot revealed that he and Dee were celebrating their impending arrival with a ‘summer solstice’ theme baby shower. 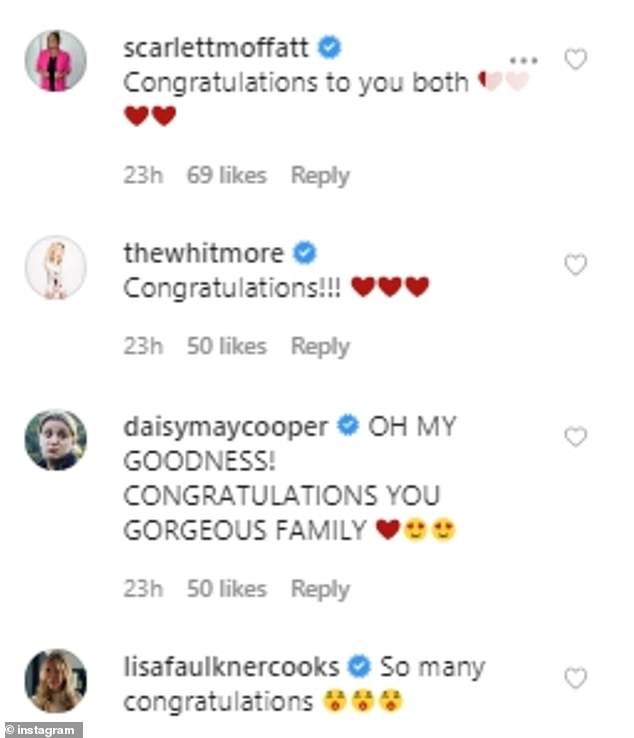 Sharing the love: A number of famous faces including Laura Whitmore, Lisa Faulkner and Scarlett Moffatt shared their congratulations 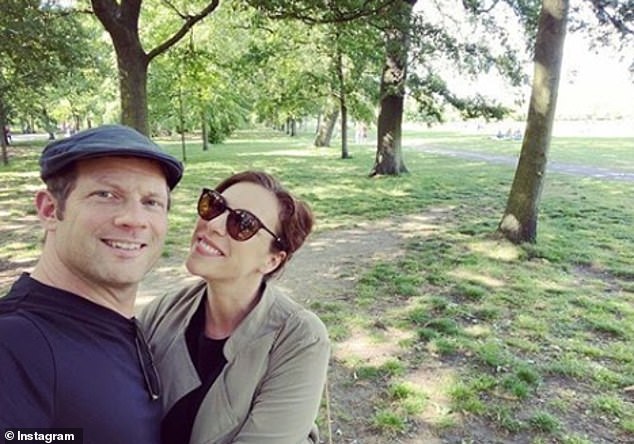 Oh baby! Dermot, 47, and his wife Dee Koppang, 41, have become parents for the first time after welcoming a baby boy on Tuesday 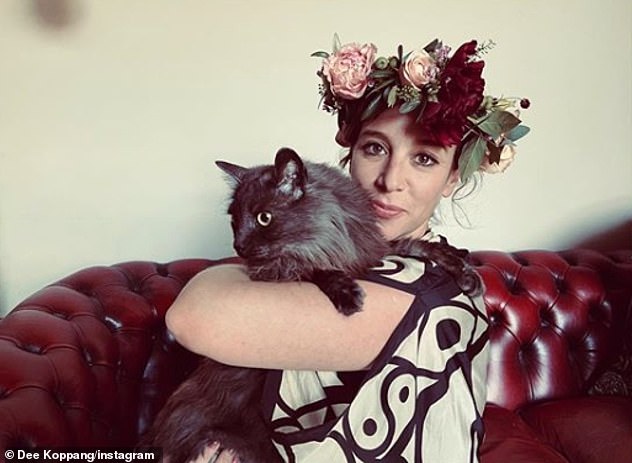 Queen: Just a day before their son was born, Dermot revealed that he and Dee were celebrating their impending arrival with a ‘summer solstice’ theme baby shower

Dermot and his wife Dee announced in February that they were expecting their first child together.

Taking to Instagram, they shared a fun picture of a message board decorated with a floral wreath which said ‘Koppang O’Leary productions’ would be welcoming a ‘new arrival coming soon’.

In the post Dermot penned: ‘We’re pleased to announce that we’re expecting a little Koppang O’Leary…’ 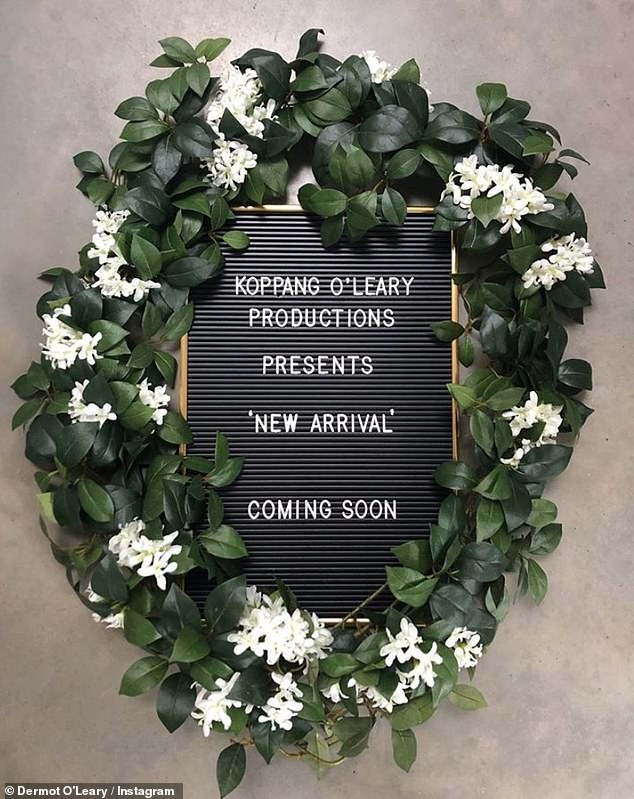 Lovely: Dermot and his wife Dee announced in February that they were expecting their first child together

Dee debuted her baby bump for the first time at the British Academy Film Awards 2020 Nominees’ Party in February.

Since then, the private couple have shared rare glimpses of Dee’s pregnancy during lockdown.

In April, the Norwegian producer and director showcased her growing baby bump as she revealed she had to do Dermot’s hair and make-up for the One World Together highlights show.

Dee joked: ‘No pressure… had to do @radioleary hair & make up for tonight’s @bbcone @glblctzn live show… (7.15pm). 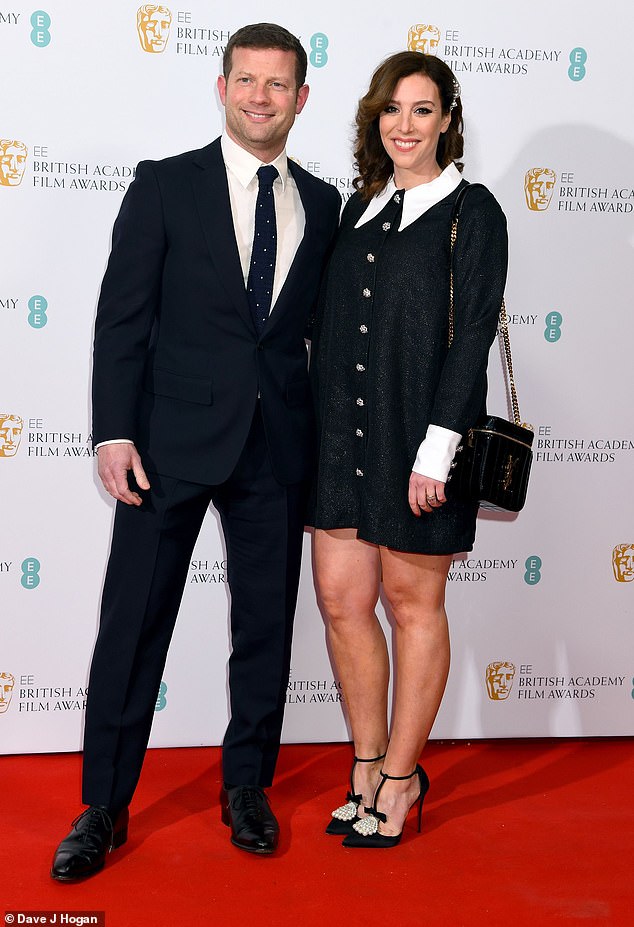 The presenter’s news sparked a slew of congratulatory posts from stars including Holly, Tamzin Outhwaite and Ruth Langsford.

Dermot tied the knot with Dee in 2012 after ten years together at St Mary’s Church in Chiddingstone, Kent.

It proved to be a star-studded occasion with guests including Holly Willoughby, James Corden and Bear Grylls.

In 2015 Dermot hinted that he was ready to start a family with wife Dee, telling Fabulous Magazine: ‘I definitely want kids, but I’ve got a very busy wife with a very busy life. 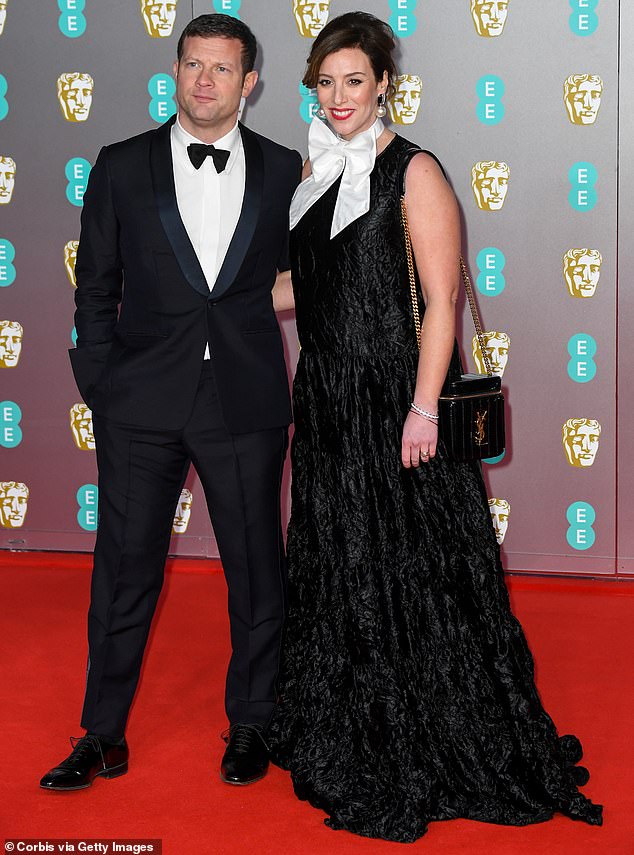 Baby joy: Since then, the private couple have shared rare glimpses of Dee’s pregnancy during lockdown (pictured at the BAFTAs in February)

‘It’s not fair for me to say, ”I want kids now”. I do want kids with my wife, but I want them when we both think it’s the right thing to happen.’

Late last year ahead of his seventh wedding anniversary, Dermot also spoke about the secret to his happy relationship, telling Fabulous: ‘It’s a work in progress, isn’t it?

Dermot and Dee met in 2002 when they worked for the same TV production company, and got engaged in New York in December 2011.

Stomach cancer symptoms: The warning sign to look for when you go to the toilet 0