Holby City is set to take an extended on-screen break until later this year... one week after production resumed on the long-running B

By Roxy Simons and Jack Newman For Mailonline

Holby City is to take an extended on-screen break, a week after filming resumed and the cast returned to set.

It was reported by Inside Soap magazine on Tuesday that the BBC medical drama will air its final episode next Tuesday before returning later in the year.

The long-running soap is said to be taking the break after running out of episodes due to the coronavirus pandemic, as production halted back in March. 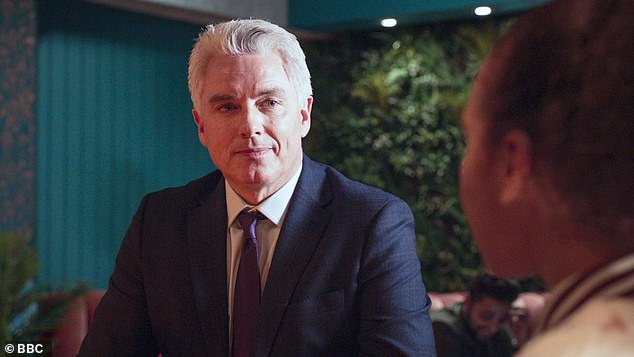 Bye for now: Holby City is set to take an extended on-screen break until later this year, it was reported on Wednesday (pictured: guest star John Barrowman)

According to the publication the show’s new episodes will air at a slightly shorter duration of 40 minutes.

The report comes after the BBC confirmed last week that the show had restarted production with new safety measures put in place.

The cast and crew are currently working on a special episode that sees the hospital gripped by the health crisis. 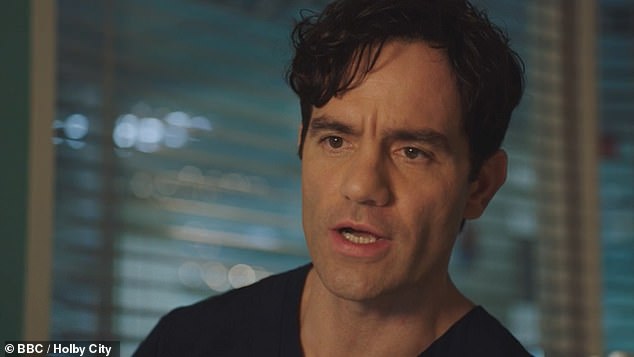 Short break: Although the cast have returned to set, it was reported that the drama will air its final episode next Tuesday before going on the break (pictured: Ramin Karimloo)

The special episode will see the hospital’s CEO Max, played by Jo Martin, wrestle to keep the hospital in control and her staff safe as the virus takes hold.

Ric, played by Hugh Quarshie, then goes head to head with Max in the explosive return for the medical drama.

Kate Oates, the head of continuing drama at BBC Studios, recently said: ‘It’s with great pleasure that we open the doors at Elstree to welcome back the exceptional cast and crew of Holby City. 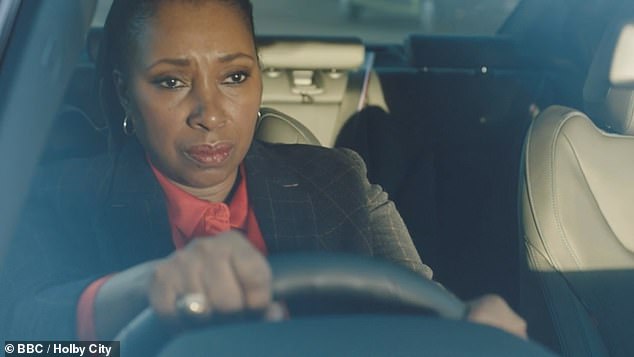 Getting back on track: The show is said to have run out of episodes due to the coronavirus pandemic after production was halted back in March (pictured: Jo Martin)

‘We have some gripping stories to tell as we explore how the lives of our characters have been irrevocably changed since the start of the pandemic – and how our heroes battle against the odds, come what may.’

The production team have developed new safety protocols to ensure the actors and crew will be safe on set.

They will have to abide by social distancing, similar to other soaps which have also resumed filming. 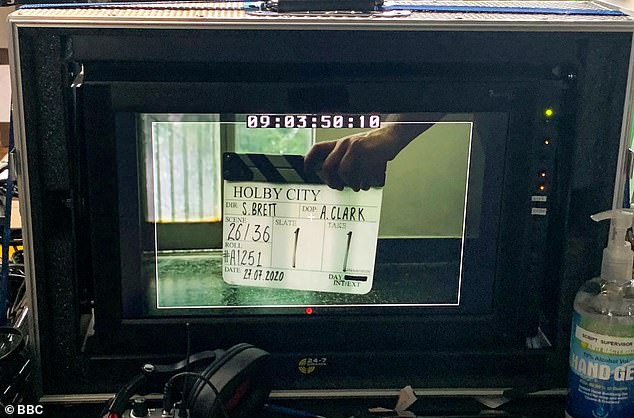 Back on set: The long-running BBC drama restarted filming last week, with the cast and crew working on a special episode that sees the hospital gripped by the health crisis

The announcement was made shortly after Nic Jackman claimed he hadn’t seen a Holby City script ‘in months’.

Ahead of the filming resumption being confirmed, the Cameron Dunn actor said: ‘I’ve certainly had no news on that [filming starting], but I know the team have been working hard behind the scenes to get stories and scripts ready for when we can go back.

‘I genuinely haven’t seen a script in months. The last thing I did was sort of in mid-March.’ 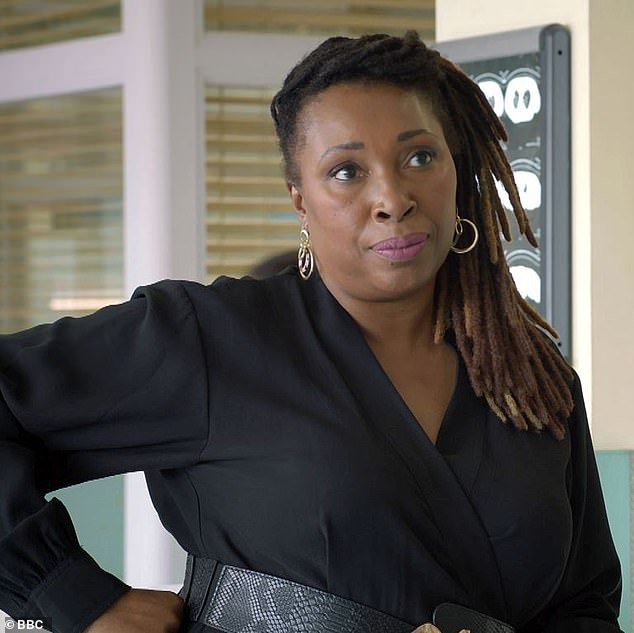 Star: The special episode will see the hospital’s CEO Max, played by Jo (pictured), wrestle to keep the hospital in control and her staff safe as the virus takes hold

Holby City is one of the last soaps to resume filming, with Emmerdale the first to restart production back in May.

Earlier this month, Hollyoaks resumed filming after it was forced to suspend production for four months.

Most sets now require actors to socially distance, with camera trickery being employed to keep the illusion of proximity.

Some soaps have banned its older and more vulnerable cast members from coming to set as they seek to keep productions running. 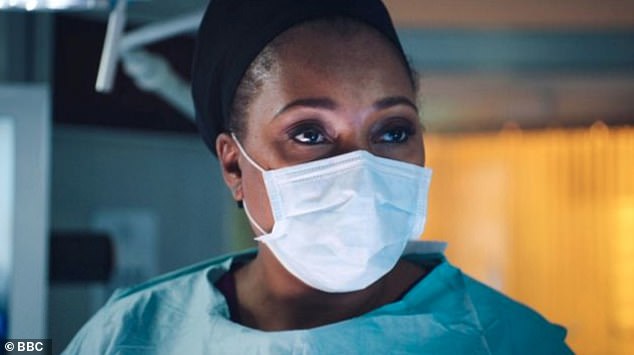 New normal: The production team have developed new safety protocols to ensure the actors and crew will be safe on set

Allison Langdon speaks candidly about the challenges of motherhood 0