Gwyneth Paltrow shows off athletic figure in the Hamptons

Gwyneth Paltrow shows off athletic figure in the Hamptons... a day after ex Chris Martin was spotted in the same areaBy George Stark F

Gwyneth Paltrow stepped out in the Hamptons on Thursday, showing off her athletic figure in gym clothes.

The sighting comes after her ex-husband Chris Martin was also seen exercising in the same are just the day before.

Gwyneth, 47, and Chris, 43, have long remained friends following their 2014 split, and the actress has previously revealed that their relationship was over years before they announced they were ‘consciously uncoupling.’ 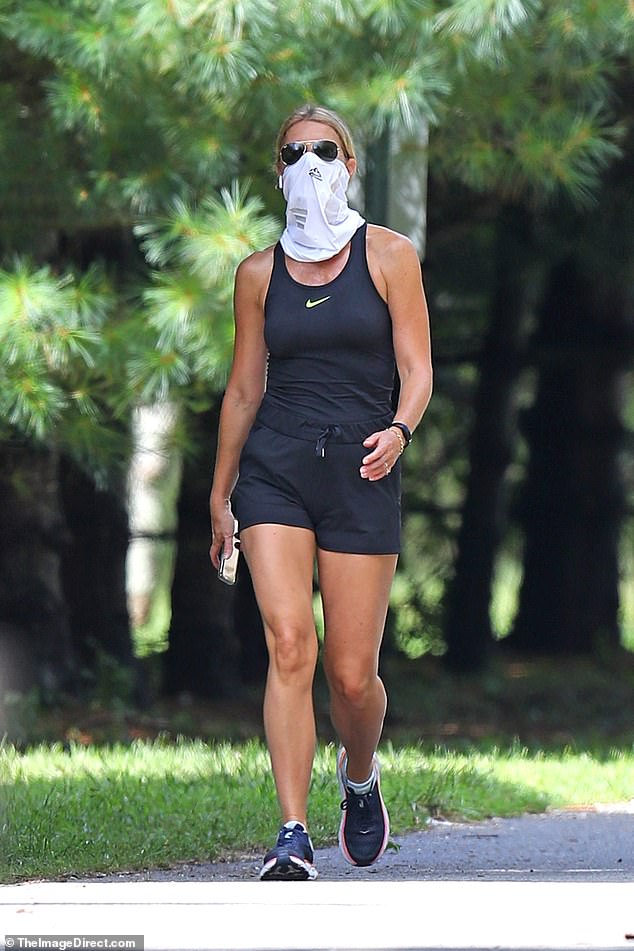 Fit: Gwyneth Paltrow shows off her athletic figure while out exercising in The Hamptons on Thursday

Chris is now in a relationship with actress Dakota Johnson, 30, while Gwyneth is married to TV producer Brad Falchuk, 49.

Just this month, Gwyneth once again spoke about Chris and their marriage in a new essay for British Vogue. Gwyneth, who shares daughter Apple, 16, and Moses, 14, withChris, said: ‘We didn’t quite fit together. But man, did we love our children.’

‘Between the day that I knew and the day we finally relented to the truth, we tried everything,’ she wrote. 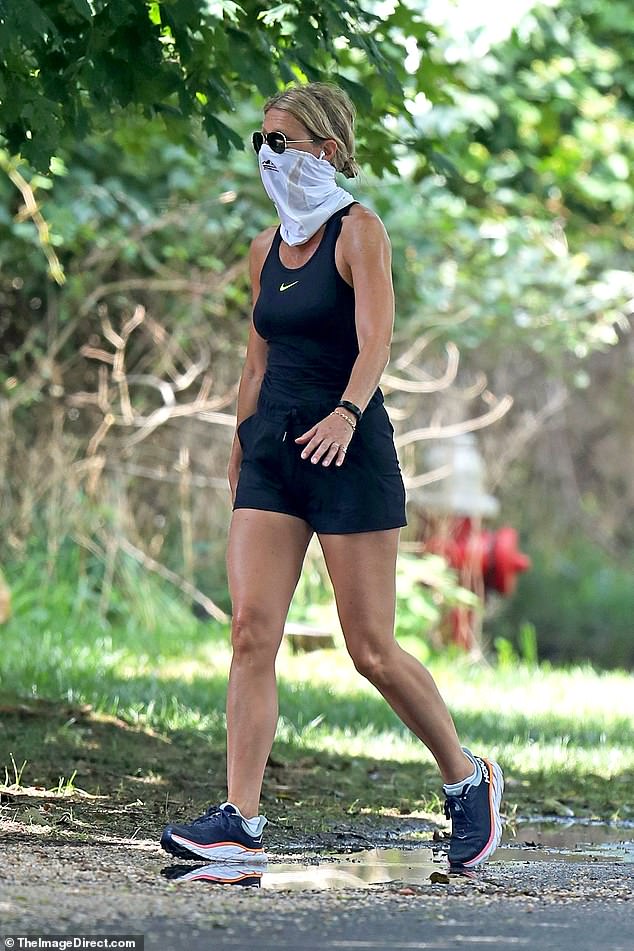 Tanned and toned: The 47-year-old actress looked stunning as she was spotted on a walk 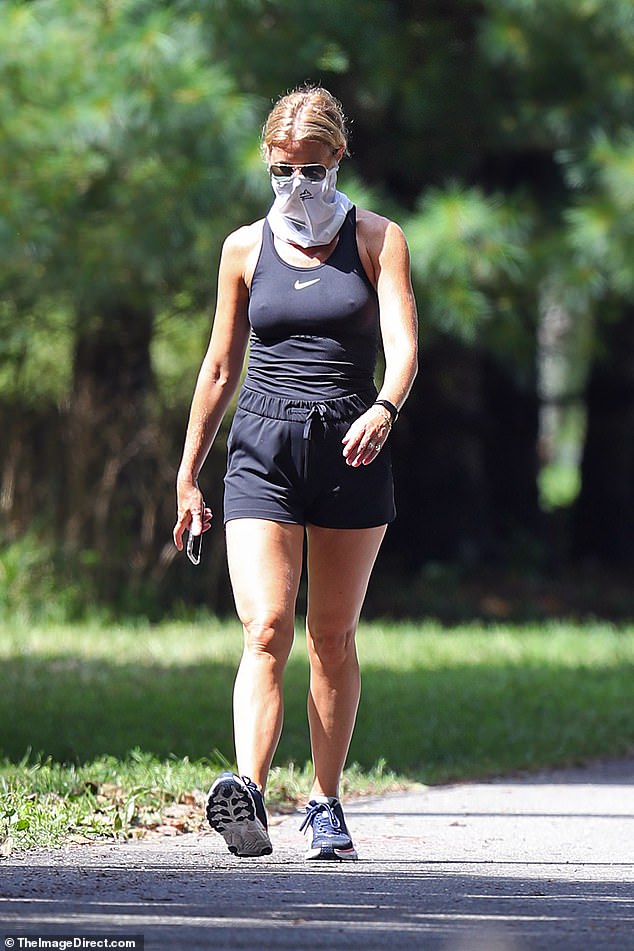 In good company? Gwyneth’s ex-husband Chris was also pictured out and about a day earlier

She also wrote about the difficulty she faced in telling their two children the news of the split.

‘I bent myself into every imaginable shape to avoid answering the. But one day, despite all our efforts, I found that I was not at a fork in the road. I was well down a path.’ 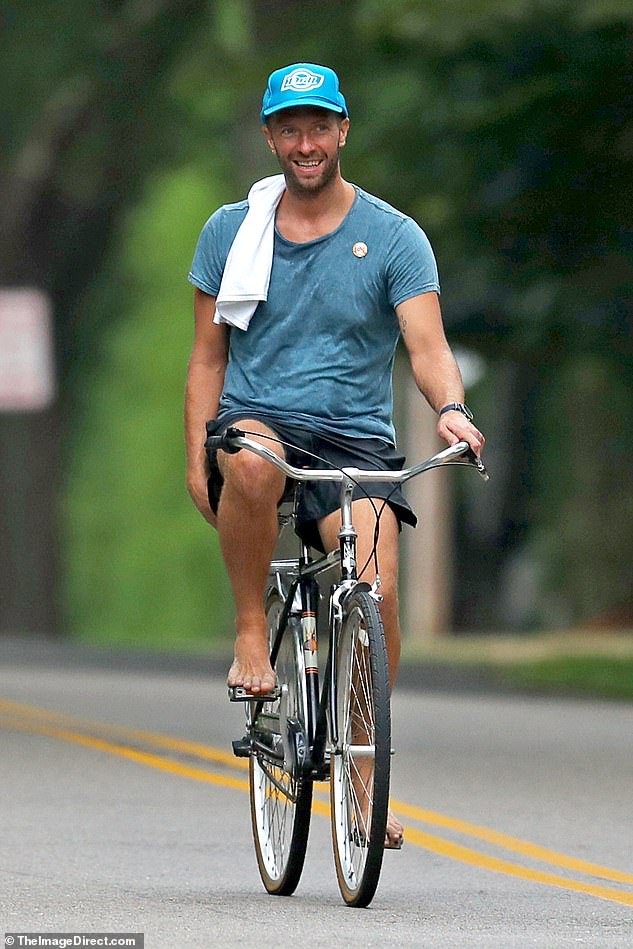 Riding: Chris Martin was also seen heading out solo on Wednesday in the Hamptons, for a bike ride in the the Hamptons

‘Almost without realizing it, we had diverged. We’d never find ourselves together in that way again,’ she added.

In 2018, Gwyneth married new husband Brad in a lavhish Hamptons wedding, that was not attended by Chris.

The star-studded affair included Robert Downey Jr giving a speech, director Steven Spielberg attending with his own video camera, and Rob Lowe showing off his moves on the dancefloor, according to reports at the time.

Kristin Cavallari breaks her silence on splitting from Jay Cutler 0

Dems slam postmaster general in Senate hearing: 'Undermined one of our nation’s most trusted institutions' 0