Fans of 1990s alternative rock got a special treat to celebrate President Joe Biden’s inauguration on Wednesday when the one-hit wonders New Radicals reunited for a virtual performance.

The group, led by frontman and songwriter Gregg Alexander, 50, performed its enduring anthem You Get What You Give in a virtual performance for viewers across the nation.

The special performance marked the first time the group has reunited since calling it quits at the height of their acclaim 22 years ago. 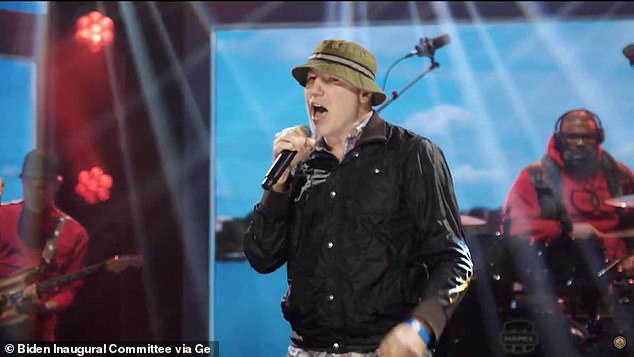 Reunited and it feels so good: Gregg Alexander, 50, reunited his one-hit wonder band New Radicals on Wednesday for a virtual performance of You Get What You Give for Joe Biden’s inauguration

Alexander, who wrote the song along with Rick Nowels, filmed a short introduction before the performance began.

‘The band ended over 20 years ago, before our second single was even released,’ he began.

‘So when we heard You Get What You Give was a Biden family anthem, we pledged if Joe won we’d get together and play our little song, both in memory and in honor of our new president’s patriot son Beau, and also with the prayer of Joe being able to bring our country together again.’

‘Joe, Kamala, this one’s for you,’ he concluded as the performance kicked in.

Unlike many of the other inauguration speakers and performers, Alexander was dressed ultra casually in a slick black jacket with olive cargo pants and a matching bucket hat, which appeared to be identical to the hat he wore in the original music video. 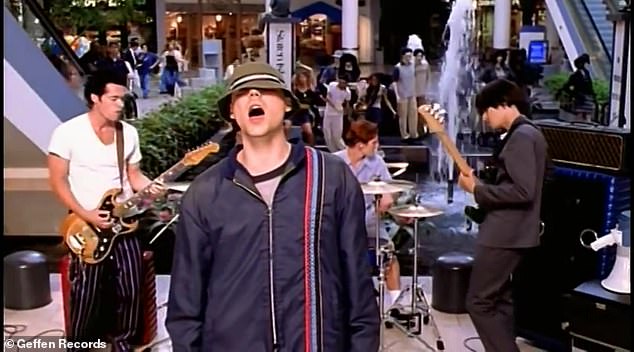 Throwback: Alexander was dressed similar to how he appeared in the 1999 music video with what looked like an identical bucket hat; still from You Get What You Give 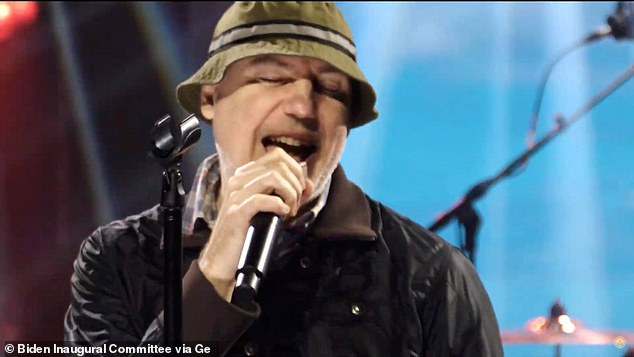 Gone too soon: The special performance marked the first time the group has reunited since calling it quits at the height of their acclaim 22 years ago 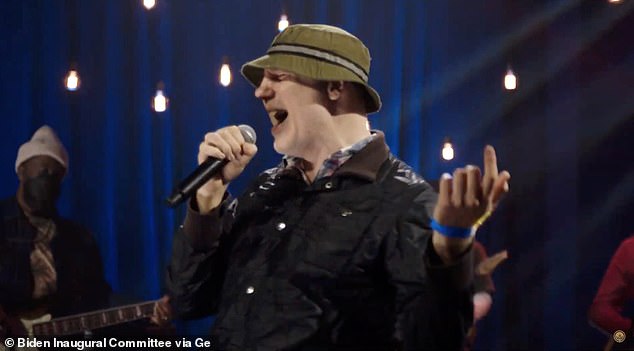 Small output: The group disband in 1999 before even releasing their second single, and they only recorded a sole album

As Alexander referenced in his introduction, You Get What You Give has been an important song for both the Biden family and his presidential campaign.

In Biden’s 2017 autobiography Promise Me, Dad, he recounted how the single became the ‘theme song’ for his son Beau Biden as the Attorney General of Delaware battled a brain tumor before his death on May 30, 2015.

‘During breakfast, Beau would often make me listen to what I thought was his theme song, You Get What You Give by the New Radicals,’ Biden wrote.

‘Even though Beau never stopped fighting and his will to live was stronger than most — I think he knew that this day might come. The words to the song are: “This whole damn world can fall apart. You’ll be ok, follow your heart.”‘

You Get What You Give found new life in the 2020 Biden/Harris campaign, as Vice President Kamala Harris’ husband Doug Emhoff picked the song to be his walk-on music at public events. 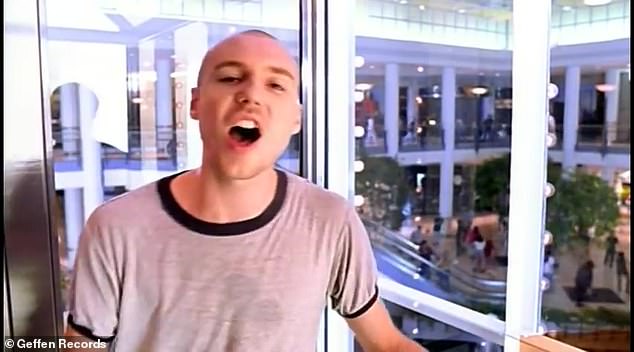 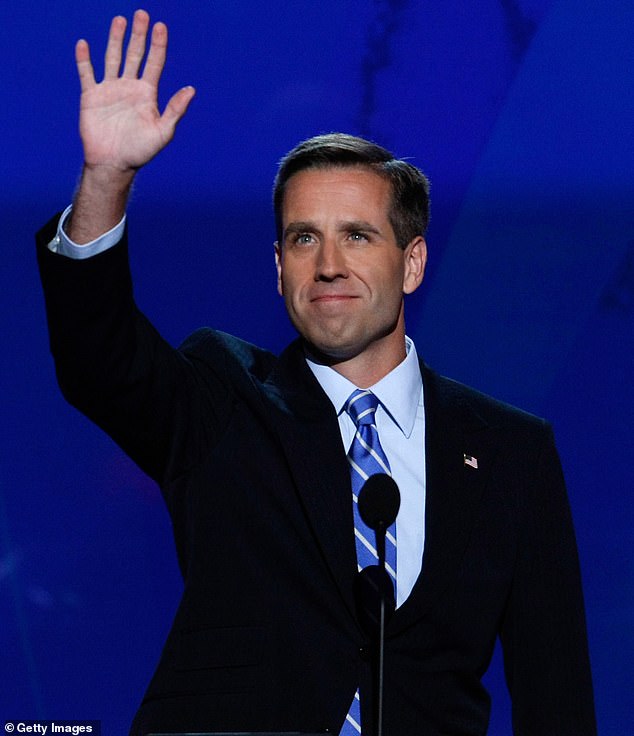 Sentimental meaning: In a short introduction, Alexander mentioned that You Get What You Give had been a favorite of Joe Biden’s late son Beau; Beau Biden seen in 2008 at the Democratic National Convention in Denver 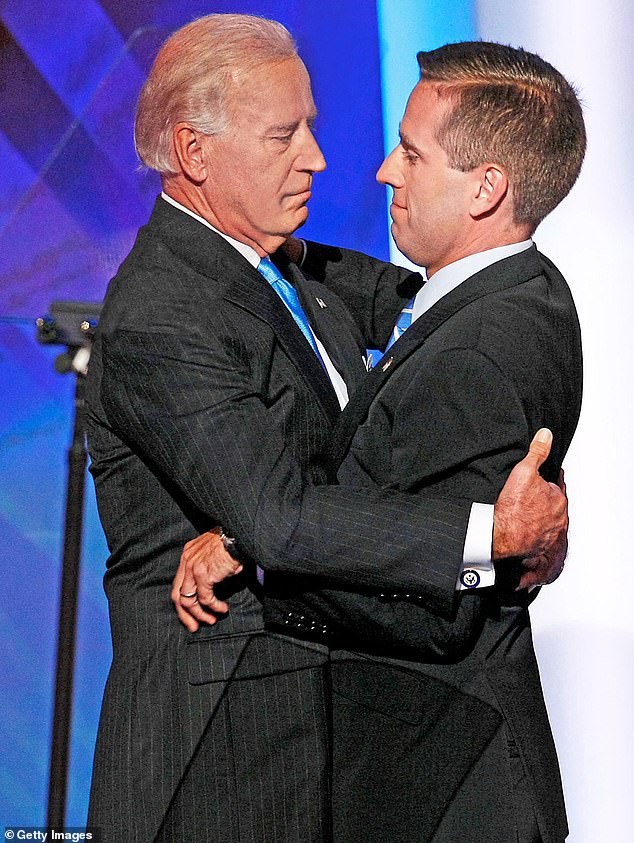 Memories: Beau, the Attorney General of Delaware, died of a brain tumor in 2015; seen in 2008 hugging his father Joe

In a statement, Alexander hoped that the song could be a ‘beacon of light’ as the country enters a new administration.

‘If there’s one thing on Earth that would possibly make us get the band together, if only for a day, it is the hope that our song could be even the tiniest beacon of light in such a dark time,’ he wrote.

‘America knows in its heart that things will get bright again with a new administration and a real plan for vaccines on the way. That’s the message of the song… this world is gonna pull through.’

During Alexander’s performance to cap off the virtual inauguration parade, Americans throughout the country were seen holding signs wishing Biden and Vice President Kamala Harris well, while also mentioning issues including gender equality and climate change.

Alexander performed in Philadelphia, where he lives, but some band members weren’t able to travel their due to the ongoing coronavirus pandemic, so new musicians filled in for the song. 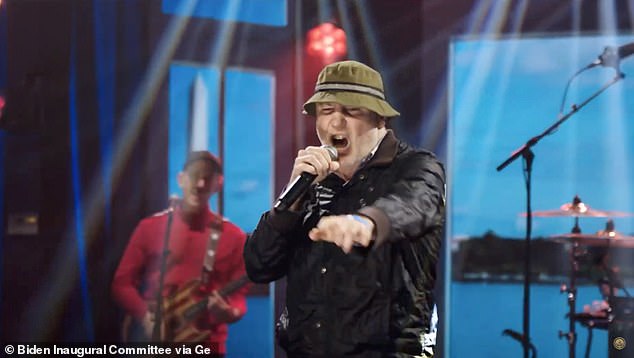 Revived: You Get What You Give found new life in the 2020 Biden/Harris campaign, as Vice President Kamala Harris’ husband Doug Emhoff picked the song to be his walk-on music at public events 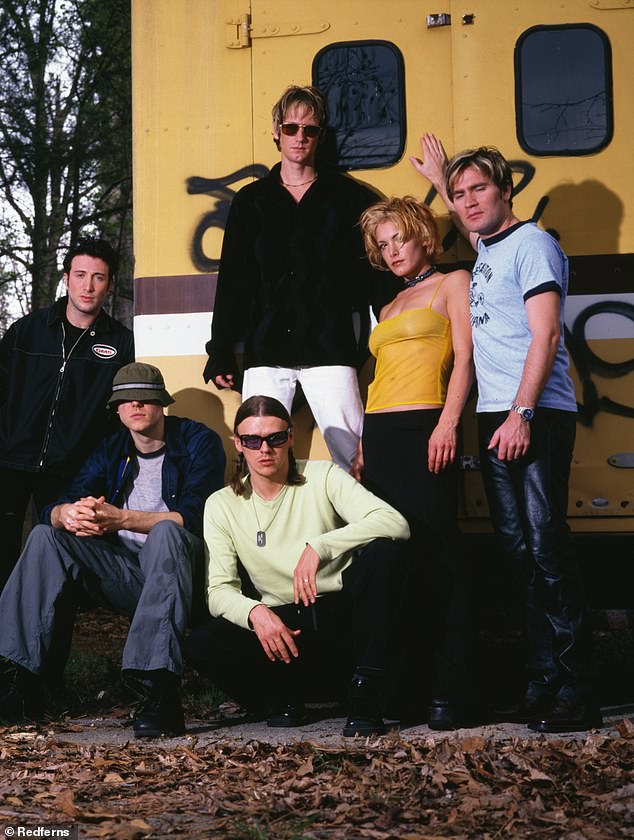 On his own: The performance was missing multiple band members, as they couldn’t join Alexander in Philadelphia, where he lives, due to the ongoing pandemic; New Radicals seen in 1999

You Get What You Give features a bridge section with then-topical lyrics referencing political issues and popular musicians from the late 1990s, but Alexander opted to cut that section entirely in order to keep the runtime down.

‘For the inauguration and only four minutes to play, I couldn’t get to the rap part anyway,’ he told Rolling Stone.

Fans of the groups shouldn’t expect more music, as the reunion appears to be a one-time performance.

Is working from home really here to stay? 0

Psaki hints Biden may skip bipartisan deal on COVID-19 if needed: 'Not going to take any tools off the table' 0