THE Government has held talks with football chiefs over the game leading the nation out of its coronavirus misery.

The high-level discussions between senior government officials and football bosses have taken place even though a restart remains weeks away.

It has been made clear to the FA and EFL – and through them to the clubs – that football is viewed as crucial to a return to normality.

At this stage there is no set return date while the threat of the killer virus is so high despite football being halted until April 30.

With non-league football effectively over for the season, only the Premier league and EFL campaigns will remain nominally still ongoing.

The current earliest return date of April 30 is seen as nothing more than a sticking plaster with an acceptance that football will not be back for weeks, if not months. 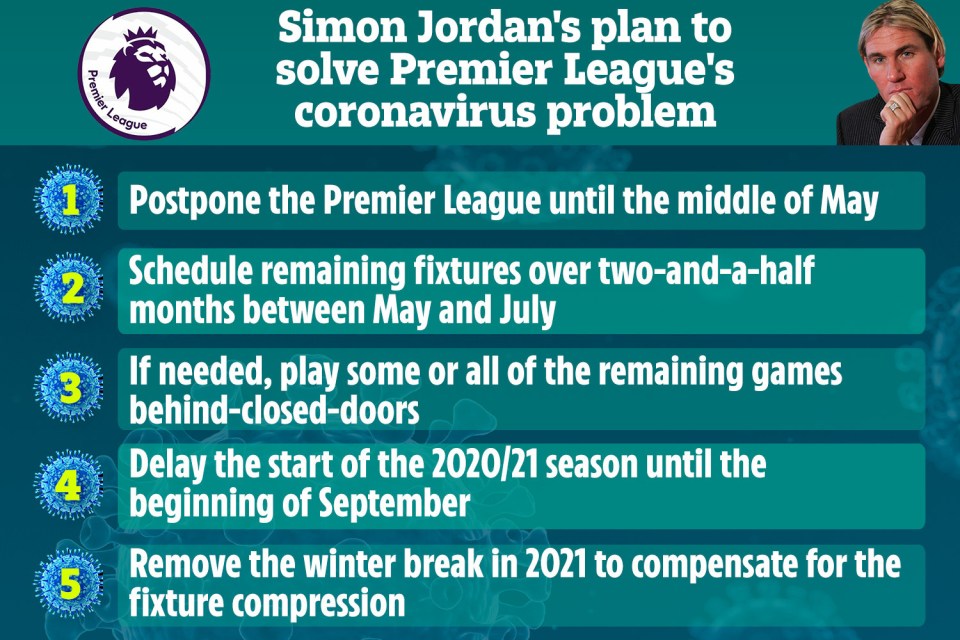 But the government has told football chiefs that it would be totally supportive of the game kicking off again as soon as it is judged safe to do so.

One Prem source explained: “There is no way that anybody would even think of getting back on the pitch until the time is right and the medical experts give the all-clear.

“But this is a football-crazy country and the return of the game would give millions of people a real lift.”

Prem clubs will hold their scheduled “shareholder meeting” of the 20 top flight teams by teleconference next week.

At this stage, the agenda has yet to be determined although it is expected that options for a possible return may be laid out for the clubs to discuss.

The majority of Prem players have been ordered to remain at home for the moment, undertaking their own training routines.

Fitness issues mean that it may take a minimum of three weeks of intensive training once the okay comes before players were deemed sufficiently match-fit to compete fairly.

Clubs already recognise that any initial return will almost certainly see the first games played behind closed doors rather than in front of crowds.

The idea of things instantly returning “back to normal” is accepted as being simply impossible.

And while no clubs want games played without fans, it is viewed as inevitable.

Before the shutdown, which was introduced as a direct result of Arsenal boss Mikel Arteta testing positive for Covid-19, Prem chiefs had already drafted a behind closed door policy position.

That included limiting media attendance and to ensure the minimum number of people required for a game to take place safely were allowed inside a stadium.

Promises of a potential “10-minute test” for the virus would help the swift reintroduction of the game, even if that means support staff being asked to arrive at the stadium earlier to facilitate testing.

Worries about ill players interacting on the pitch are felt to be understandable and real, meaning the squads would all have to be tested on the day and be cleared to play.

But if the concerns were met, and the green light came from the government for a return to competitive sport, football would have the chance to lead the nation out of the darkness.

Bruce, whose side are 13th in the Premier League and in the quarter-finals of the FA Cup, told The Telegraph: “We have to try and get this season finished, whatever that takes, everybody wants that.

TORN OFF A STRIP

“We can have a ‘Festival of Football’ month, games every day, teams playing two or three games a week.

“It probably means the start of next season will be delayed, we will probably have to scrap one of the cup competitions and do without a winter break, but it can be done.”

Firms who switch production lines to help coronavirus fight could be...

Firms who switch production lines to help coronavirus fight could be...