The London Has Fallen star sported a beard and scruffy hair on the outing with the model-turned-interior designer, whose father was late real estate developer Harry J. Brown. 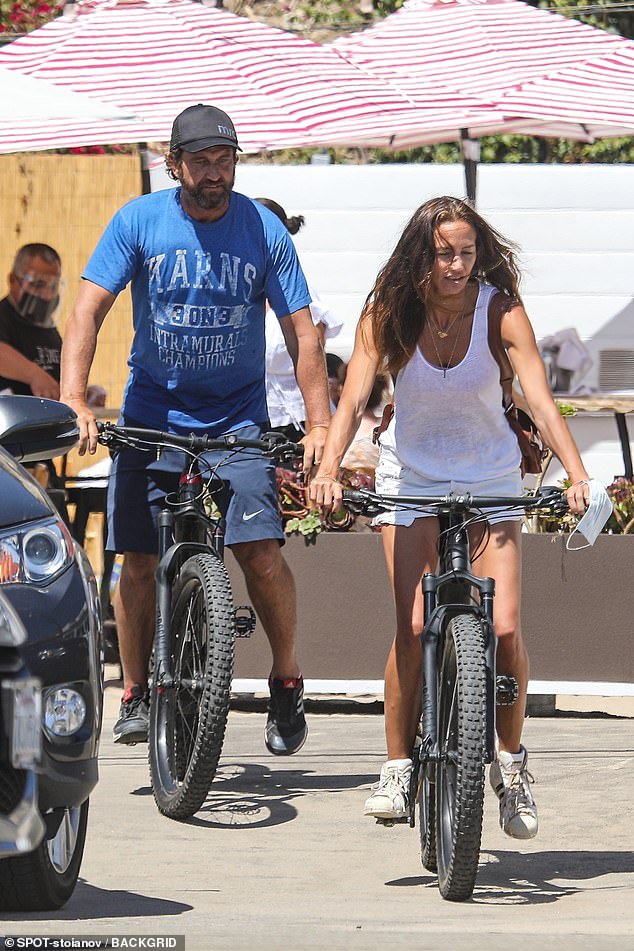 Out and about: Gerard Butler and stunning girlfriend Morgan Brown were seen riding electric bikes heading to an outdoor lunch in Malibu, California on Sunday at the Point Dume Cafe

Brown kept cool with a white ensemble of a tank top, shorts and sneakers on the weekend outing in the luxe celebrity enclave. She carried a white face mask as they steered their electric bikes away from the establishment.

The well-heeled duo have been romantically-linked for nearly six years, as they were initially snapped on an outing in September of 2014 – also in Malibu, California.

Relationship issues struck two years later, as a source told Page Six that they parted ways in November of 2016 as it was difficult for Butler to stay monogamous, as ‘girls throw themselves at him.

‘It’s hard for him to constantly say, “No. Get away from me. I have a girlfriend,”‘ the source added. 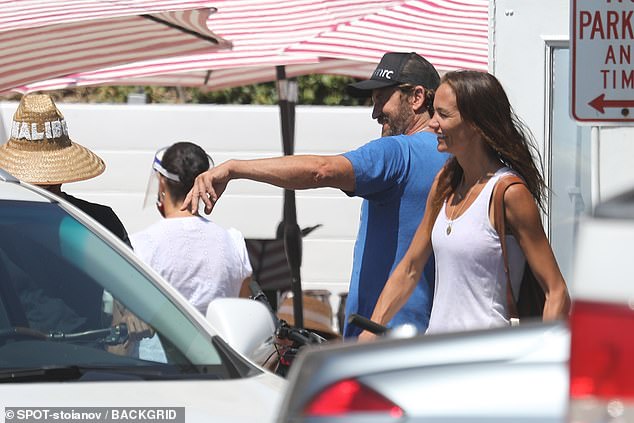 Fun time: The actor pointed something humorous out to his lady love 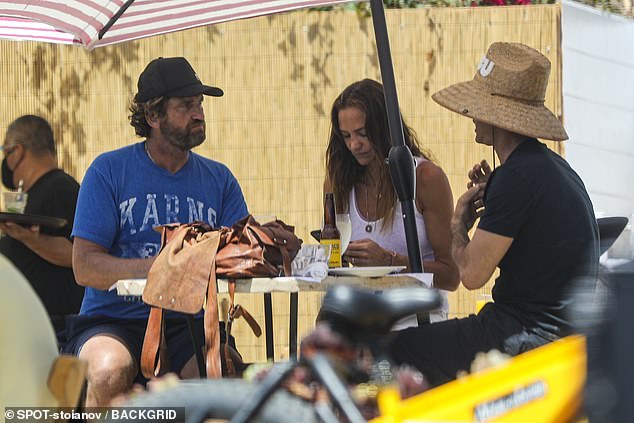 Focused: The actor and the interior designer were snapped eating with a pal

The Den of Thieves star and Brown were on-and-off in 2017, with a July beach excursion in Tulum, Mexico, followed by a split that fall, People reported.

But things renewed between Brown and the Scottish star by last October, according to Page Six, describing an intimate dinner between the couple at New York City’s Omar at Vaucluse.

While ‘Butler had every woman in the room cranking her neck to try to catch his eye,’ he was solely focused on Brown, the source said.

The couple was snapped together this past August looking happy at the Los Angeles premiere of his film Angel Has Fallen.

'Jeopardy!' and 'Wheel of Fortune' to resume production with new safety guidelines 0