He may have been a star footballer during his AFL career, but Jimmy Bartel’s sons are no doubt his biggest and best achievements.

The 37-year-old doted over his two boys, Henley, two, and Aston, five, as he continued to enjoy the school holidays with them this week.

On Wednesday, the former Geelong Cats star posted some cute pictures of himself cuddling his sons on Instagram. 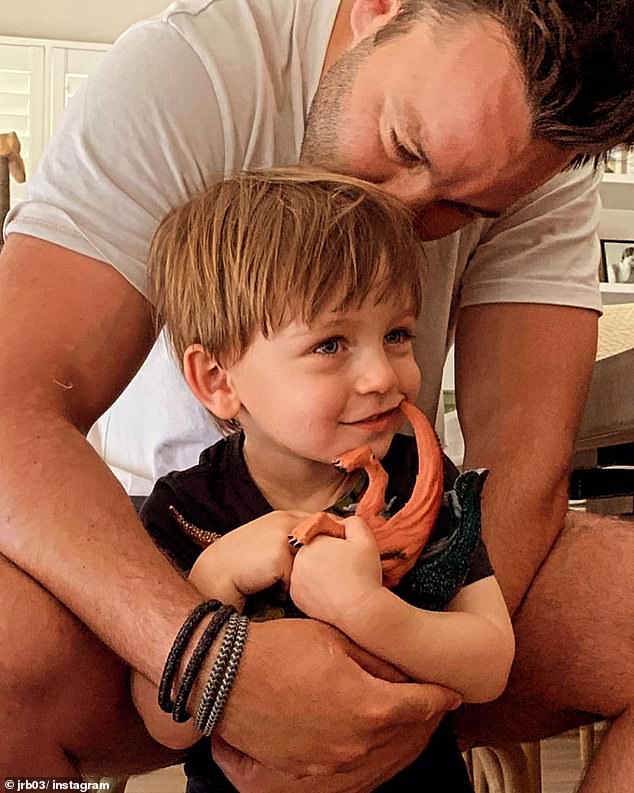 In the first picture, Jimmy is seen hugging his youngest from behind and kisses him on the head.

Jimmy then posted another image of him reading popular children’s book Where’s Wally Now? to his eldest boy. 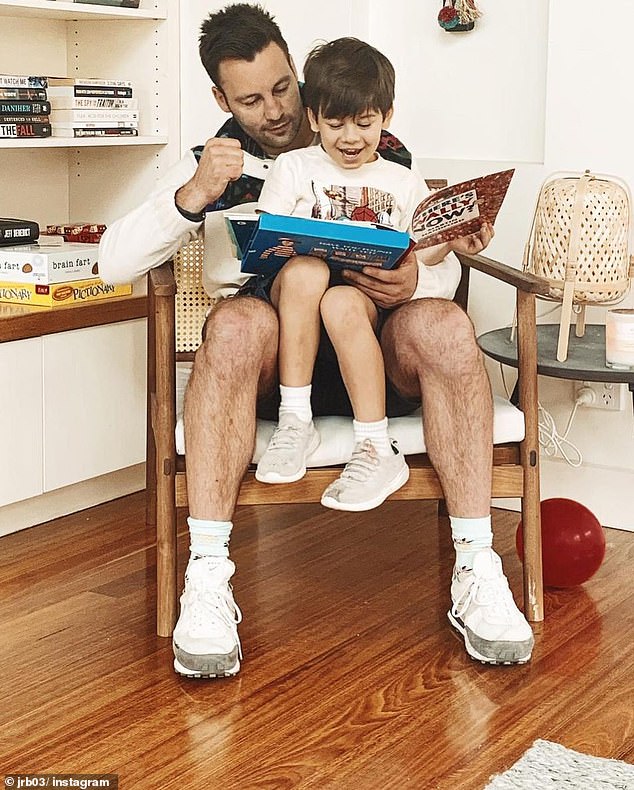 Not featured in the photos was Jimmy’s girlfriend Lauren Mand.

The blonde recently hit back at rumours she’s split from the father-of-two.

In a telling move, the 31-year-old Melbourne socialite recently changed her profile picture on Instagram to a photo of herself and Jimmy.

The photo was taken on December 25 as the couple spent Christmas together with his two children.

They had been the subject of break-up rumours in December after fans noticed it’d been months since Jimmy had shared a photo with his girlfriend on social media. 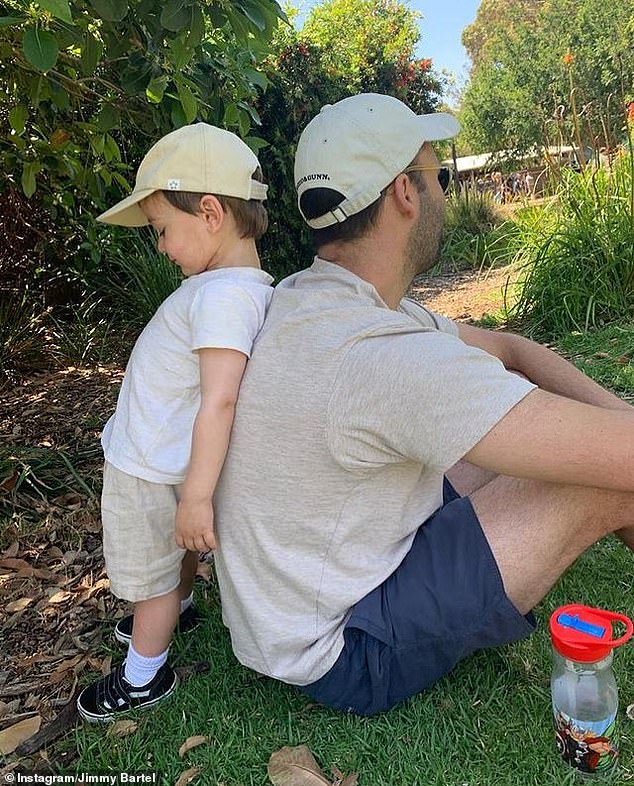 Family man: He may have been a star footballer during his AFL career, but Jimmy Bartel’s sons are no doubt his biggest and best achievements

The couple’s last photo together on Jimmy’s account was taken in March last year, during their holiday in Japan.

Jimmy’s romance with Lauren first made headlines in 2019, following his very public split from his ex-wife, fashion designer Nadia Bartel.

Meanwhile, Lauren deleted her own Instagram account in October and created a private one with just a sprinkling of followers.

She may have made the transition to a private account after being bullied by trolls who believe they are supporting Nadia. (Daily Mail Australia is not suggesting Nadia is involved in, or even aware of, the trolling against her ex-husband’s new girlfriend.)

In August, she was targeted by an anonymous ‘hate account’ online, which uploaded several cruel posts about her and her relationship with Jimmy.

Despite the vitriol, she has maintained a dignified silence, declining interviews and refusing to comment on social media. 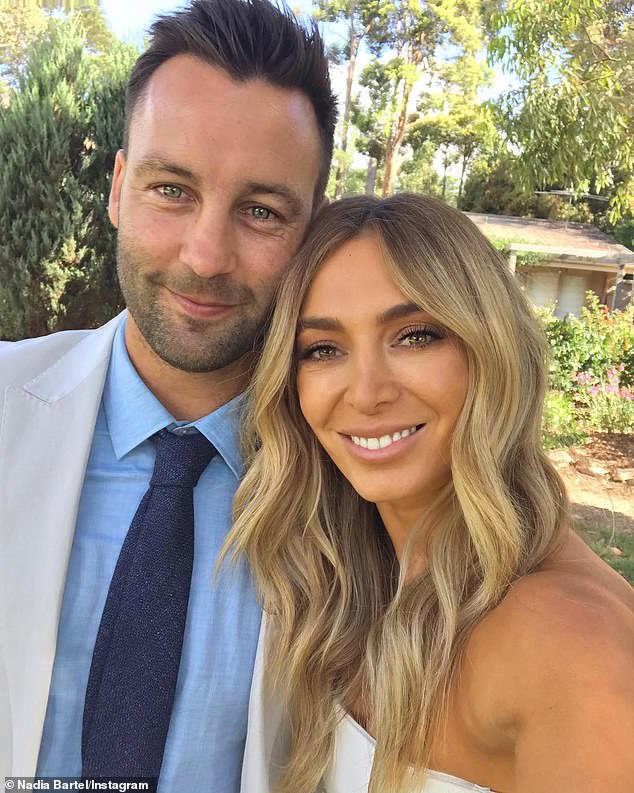 Who are the children’s mother? Jimmy shared his sons with ex-wife Nadia Bartel (right), who he split with in August 2019

How long do Covid symptoms last? 0

Michael B. Jordan and bikini-clad girlfriend Lori Harvey get wet and wild during St. Barts getaway 0

Torvill and Dean net worth: Fortunes famous ice skaters have made during their careers 0

'In my dreams!' Khloe Kardashian hilariously reacts to fans mistaking her for sister Kendall Jenner 0

Heart attack: Experiencing heartburn could be an indication of a silent heart attack 0