Property: Finding deposit ‘biggest challenge’ for first time buyers as prices remain high
OnePlus has revealed its biggest surprise before the OnePlus 9 launch event today
Gardening tips: How to get rid of UK’s biggest pest from your garden

Fitness entrepreneur Steph Claire Smith is due to welcome a baby boy in April.

And on Thursday, Steph revealed what her biggest pregnancy cravings have been during her second trimester.

The 25-year-old confessed on her Instagram story: ‘I’ve had Macca’s [McDonald’s] more since I’ve been pregnant than I have in the last five years.’ 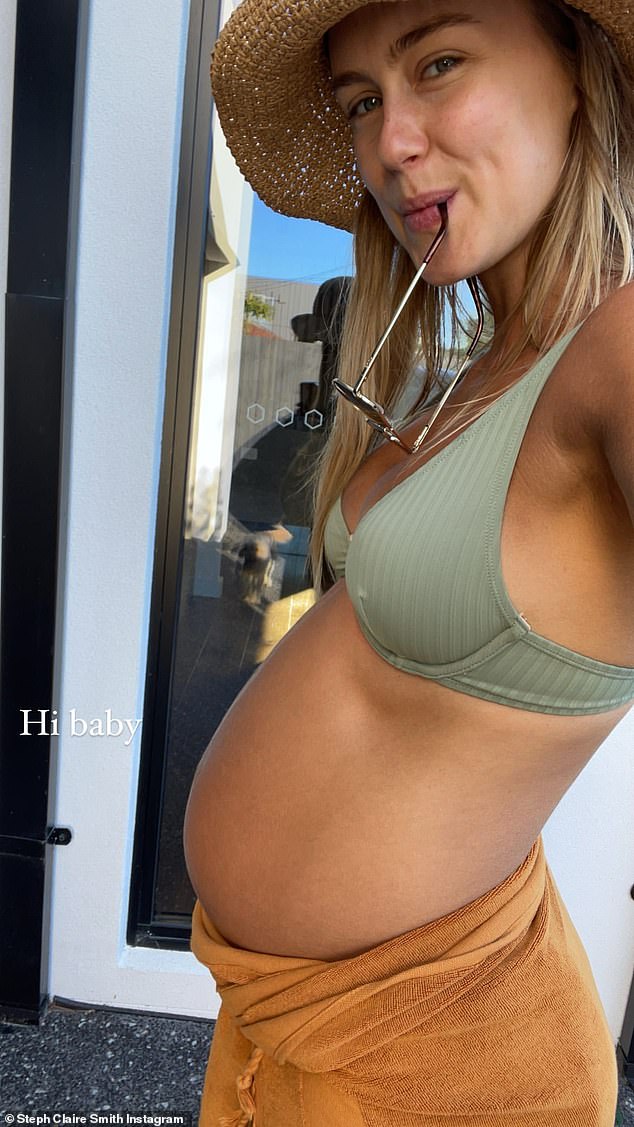 Bumping along nicely: Fitness influencer Steph Claire Smith (pictured) has revealed her biggest pregnancy cravings and why she isn’t worried about stretch marks

Steph said she has been craving Quarter Pounder burgers from the fast food restaurant, as well as a number of other snacks and sweets.

During the Q&A session with fans, Steph also responded to a question that read: ‘Are you worried about stretch marks?’

‘Not really. I’m using tummy oil but it’s more of a comfort thing as I’m feeling tight in my skin like it’s stretching,’ she said.

Steph added: ‘At the end of the day some of us get them [stretch marks] and some of us don’t, no matter what products you do or don’t use. So I don’t see the point in getting too worked up or worried about it either way.’ 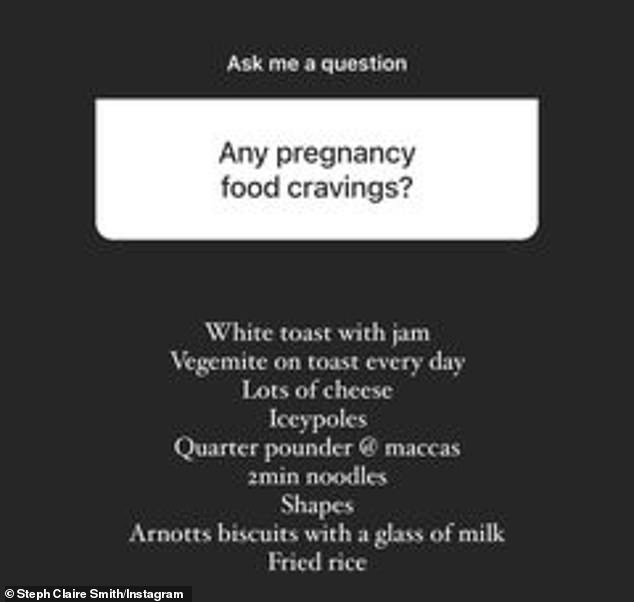 ‘I’ve had Macca’s [McDonald’s] more since I’ve been pregnant than I have in the last five years’: Steph said she has been craving Quarter Pounder burgers from the fast food restaurant, as well as a number of other snacks and sweets 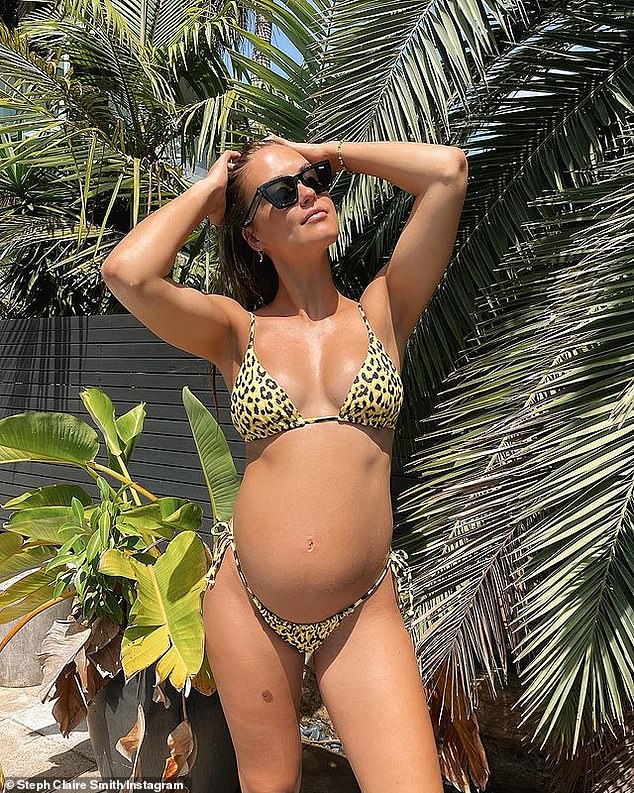 ‘I don’t see the point in getting too worked up or worried’: While Steph said she was using tummy oil as her stomach gets larger, she says she’s not worried about getting natural stretch marks from being pregnant 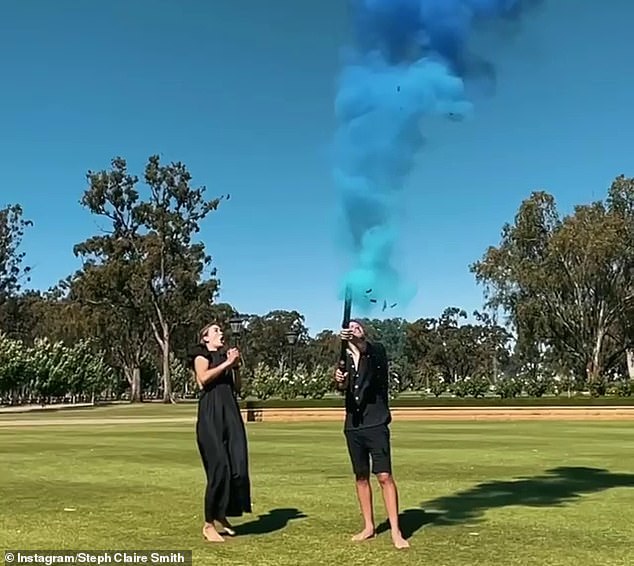 It’s a boy! Steph and husband Josh Miller were overjoyed when they saw blue smoke launch into the sky to indicate they were having a little boy at their gender reveal

In November, Steph and her husband Josh Miller shared a gender reveal video.

The couple used a coloured smoke canon to commemorate the special moment.

Steph was overcome with emotion when a puff of blue smoke confirmed they’d be having a little boy. 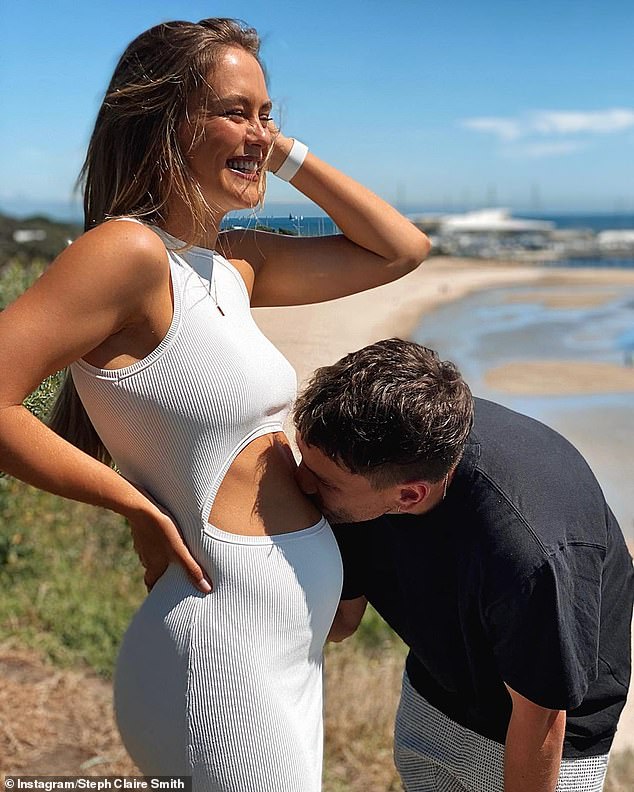 Baby joy! The couple announced they were expecting a child together in an Instagram post on October 28 (pictured)

Steph spoke about her pregnancy at length for the first time on her KIC POD podcast on November 4.

Reflecting on the changes to her body, she told co-host Laura Henshaw: ‘We’ve been taking a photo every Monday, between eight and 11 o’clock, and there is actually quite a difference between by 14-week and my 12-week.’

‘I know my waist and I know my stomach, and it’s definitely changed,’ she added. 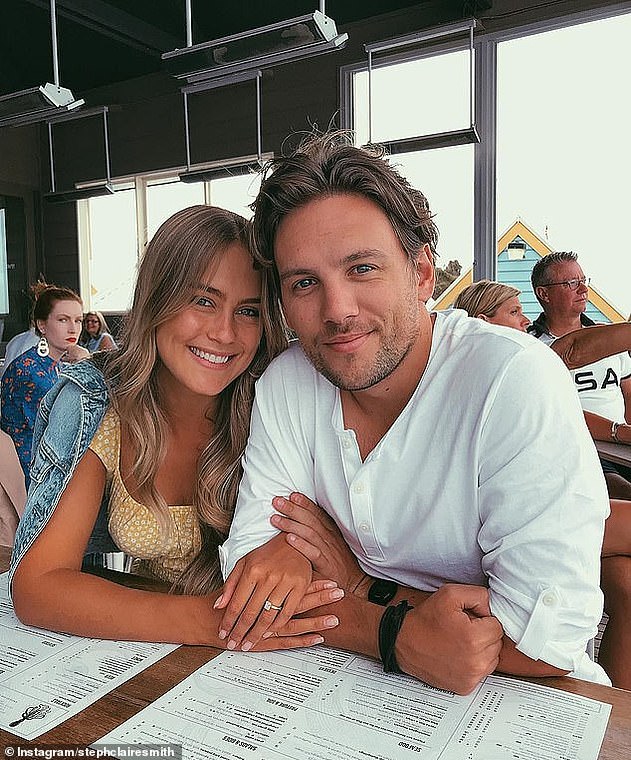 Starting their family: The couple wed in November, 2019

Sean Hannity reflects on passing of Rush Limbaugh: 'Nobody can replace this man' 0

Parler CEO barred from platform backend amid Big Tech crackdown: 'We don't have any more access' 0

Whitmer seen in interview in front of Fauci pillow 0