And to mark the milestone, the 43-year-old shared a series of never-before-seen photos to Instagram from the child’s birth in June 2019.

‘A year ago today this little angel came into our world and has brought more joy, more love than I ever imagined possible,’ she captioned the post. 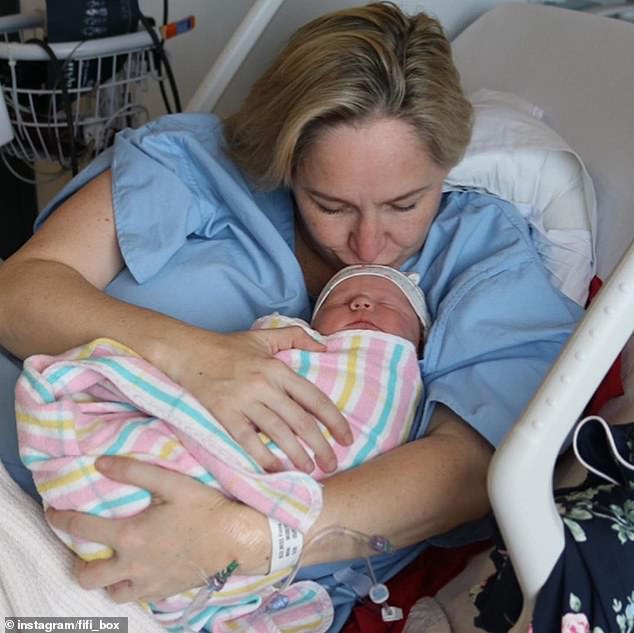 ‘I can’t believe I’ve been this blessed’: Fifi Box shared throwback photos after giving birth to her daughter Daisy Belle as she celebrated her first birthday on Thursday

She added: ‘I just can’t believe I have been this blessed. Happy Birthday Daisy Belle baby.’

In one photo, Fifi holds her newborn while her seven-year-old daughter, Trixie, sits alongside her.

She also shared another photo of herself in her hospital bed while holding cradling her baby girl. 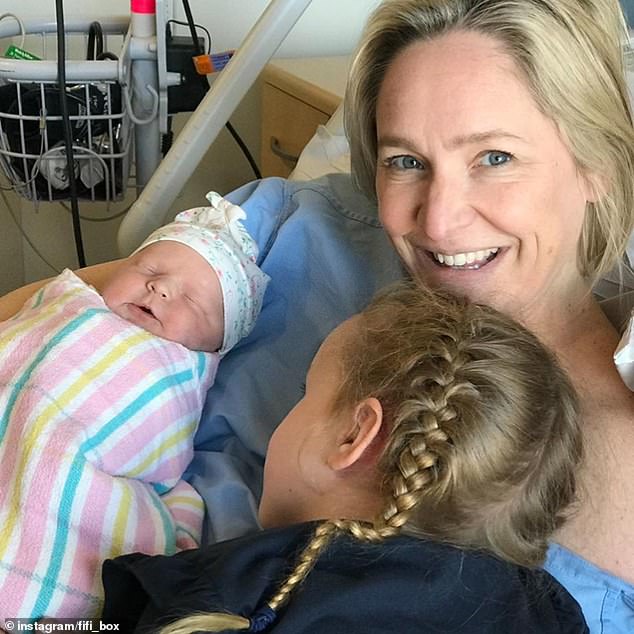 Family: In one photo, Fifi is pictured holding her newborn while her seven-year-old daughter Trixie is sitting alongside her

She welcomed her youngest daughter in June last year with the help of IVF and an anonymous donor.

The radio star recently revealed she was cruelly fat shamed after giving birth to her daughter Daisy Belle last year. 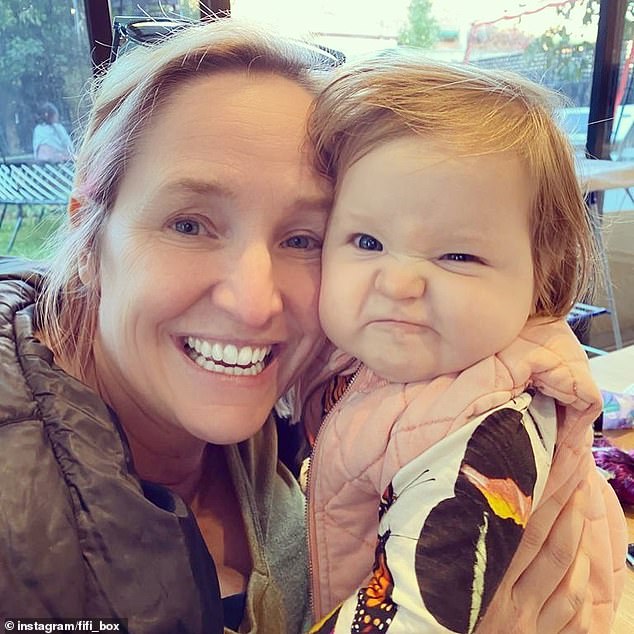 The 43-year-old said on her Fox FM breakfast show last month she had ‘struggled to lose the baby weight’ since welcoming Daisy Belle – and a recent encounter with a male acquaintance had only made her feel worse.

‘Since having Daisy, I’ve really struggled to lose the baby weight. I’ve never carried this much weight in my life so it’s debilitating and it hurts my neck and my feet,’ she explained.

‘I feel like me in my twenties I could shift weight, but me now it’s quite difficult. I’m really trying to get myself out there but it’s very hard to be motivated – it’s cold, we are all in lockdown – but I got myself out there.’ 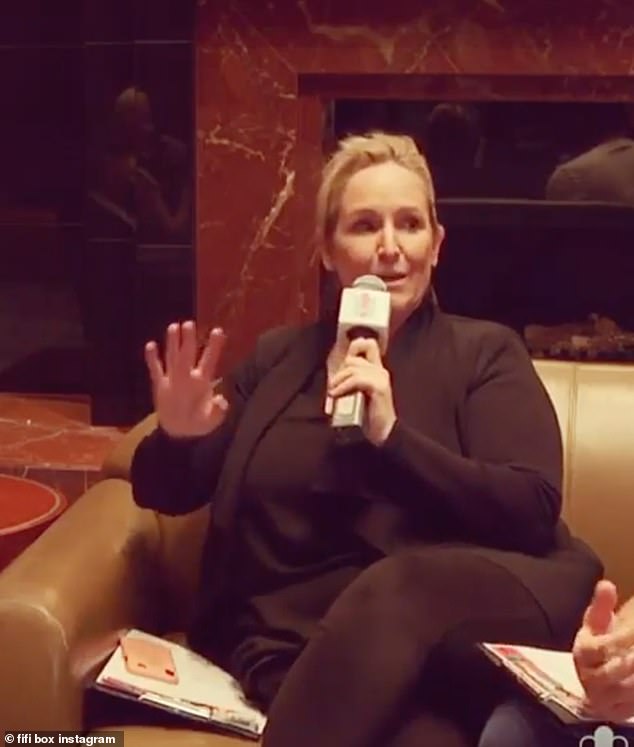 Fifi said she had dragged herself off the couch and gone for a walk at her local park, where she bumped into a familiar face.

‘He came in for a cuddle, which is weird because we are in a coronavirus world where you’re meant to socially distance, and as he’s hugged me he says, ‘There’s a lot to cuddle!” she said.

‘It’s hard enough to get myself out there exercising and then to be reminded. It’s not fun when people highlight that you’re carrying weight.’ 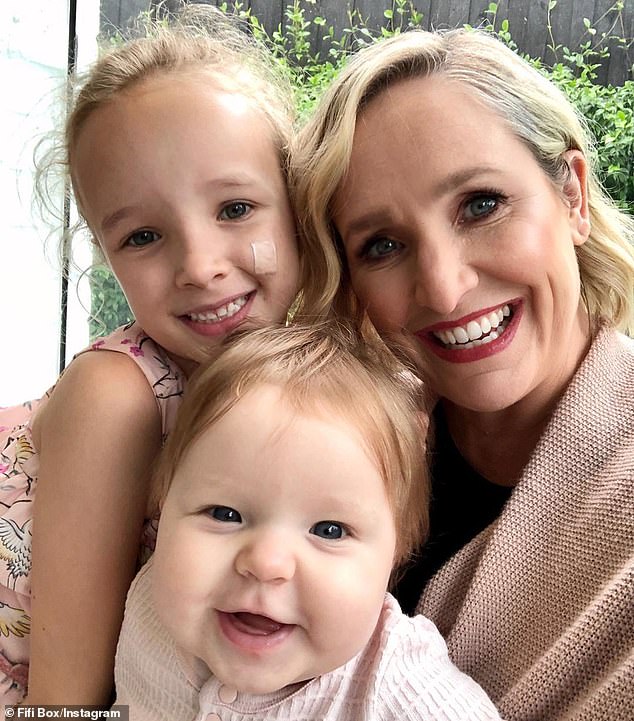 High blood pressure: The major warning sign which lies in a sensation in your head 0

CNN avoids on-air coverage of Biden's 'Are you a junkie?' remark about taking a cognitive test 0