By Raven Saunt For Mailonline

She split with Gareth Gates last summer after seven years together.

But Faye Brookes appeared to put the heartache aside as she stepped out with her current beau, personal trainer Joe Davies, in Manchester on Tuesday. 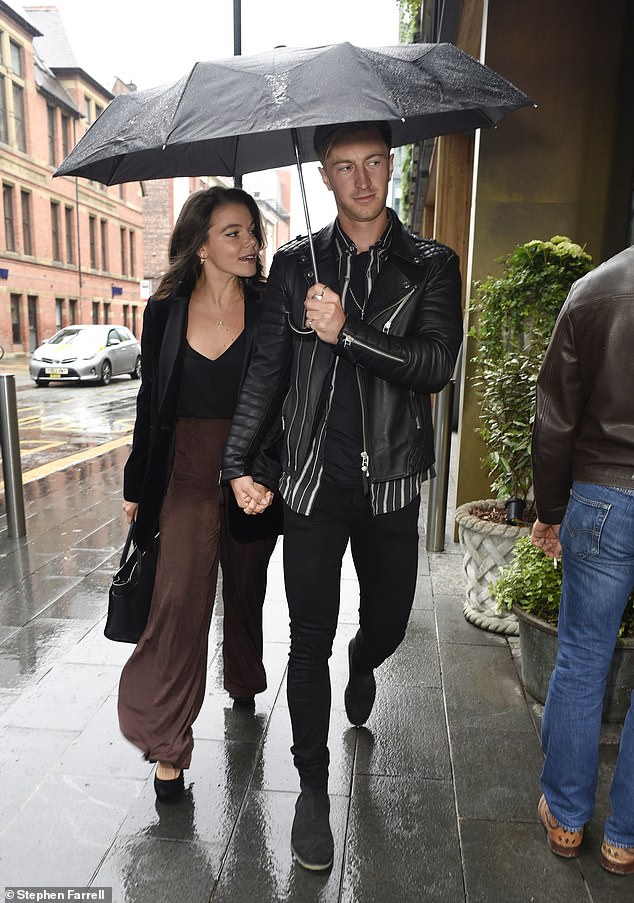 Fashionista: Faye Brookes looked effortlessly chic as she stepped out with her current beau, personal trainer Joe Davies, in Manchester on Tuesday

She let her brunette locks flow loosely and finished the ensemble with black heels and an understated handbag.

Joe cut a more causal figure in an all black ensemble as he shielded from the rain beneath an umbrella.

The couple put on an affectionate display as they walked hand-in-hand toward The Ivy restaurant before posing playfully for pictures. 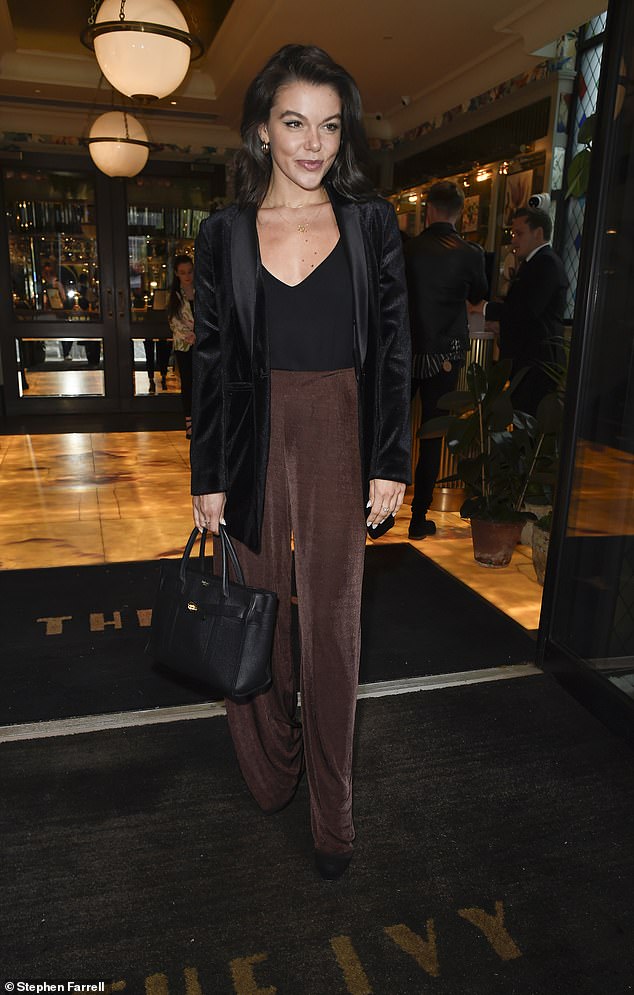 Faye and Joe were pictured together at a number of events in August before making their red carpet debut at the White Christmas musical’s press night in London in November last year.

During the night the actress leaned into Joe as he placed a hand on the small of her back, indicating the friends had grown closer since Faye’s relationship with Gareth ended in July.

Gareth and Faye had met when they starred in Legally Blonde in 2012. And they went public with their relationship in August 2013. 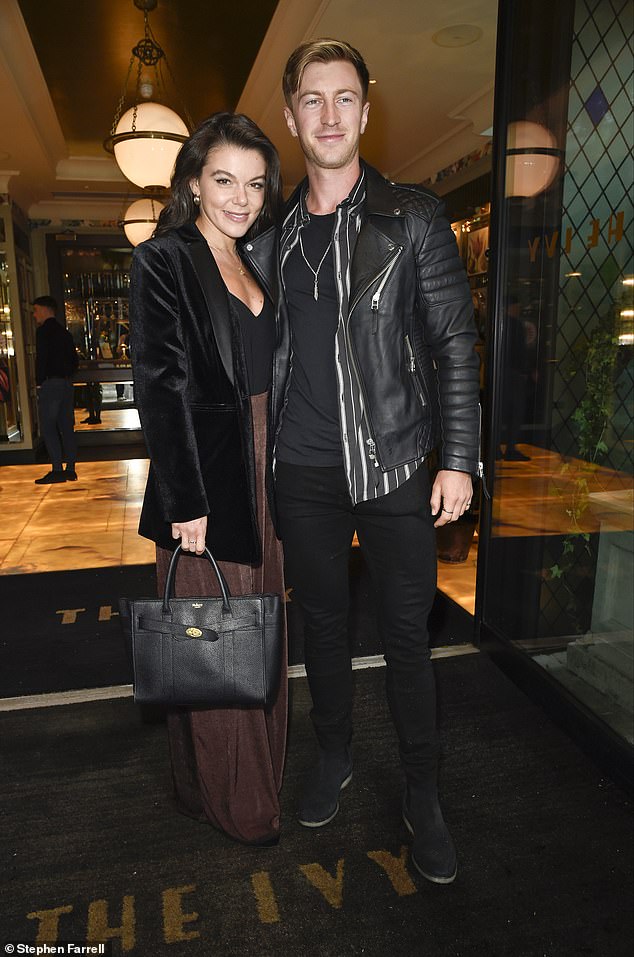 Dynamic duo: She let her brunette locks flow loosely and finished the ensemble with black heels and an understated handbag

Last September it was reported that Faye and Gareth briefly ended their relationship when the singer’s ‘very controlling’ behaviour led to a series of furious rows.

But by November they decided to give the relationship another try, with Faye pulling out of I’m A Celebrity… Get Me Out Of Here! to spend time with him.

In a move that shocked fans, Gareth asked Faye to marry him while they were on holiday in New York on New Year’s Eve.

Previously discussing the reason behind their first break-up, Gareth admitted: ‘There was a lot of strain on our relationship because I was always away with work and Faye’s schedule was getting even busier so we decided we needed some breathing space.’

During the proposal he performed a 17-minute song about their relationship before getting down on one knee to offer Faye a £30,000 engagement ring.

But by mid-July this year Faye had reportedly moved out of their shared flat. They announced they had split for good in August.

The actress also announced she was leaving Coronation Street – where she played Kate Connor for four years – in April.

Her final scenes aired in September, but Gareth reportedly asked to manage Faye’s future acting career, which is thought to have caused disagreements. 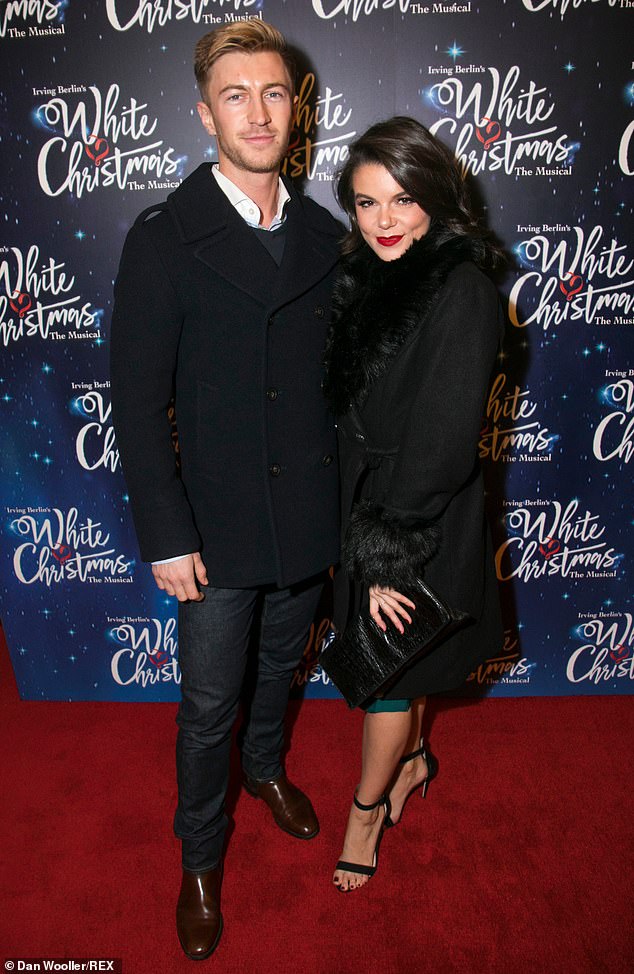 Cosy: Faye and Joe were pictured together at a number of events in August before making their red carpet debut at the White Christmas musical’s press night in London in November last year

A source told MailOnline at the time: ‘Faye and Gareth parted ways around a month ago, and she moved out of their flat in mid July. She had stopped wearing her engagement ring then too.

‘They had been disagreeing a lot, in particular Gareth was very vocal about who she associated with, and he had strong opinions about her career.

‘She knows them breaking up is for the best and just wants to move on with her life.’

It was also thought Gareth’s relationship with his ex wife, Suzanne Moles, 44, may have led to a number of arguments. Gareth and Suzanne share nine-year-old Missy. 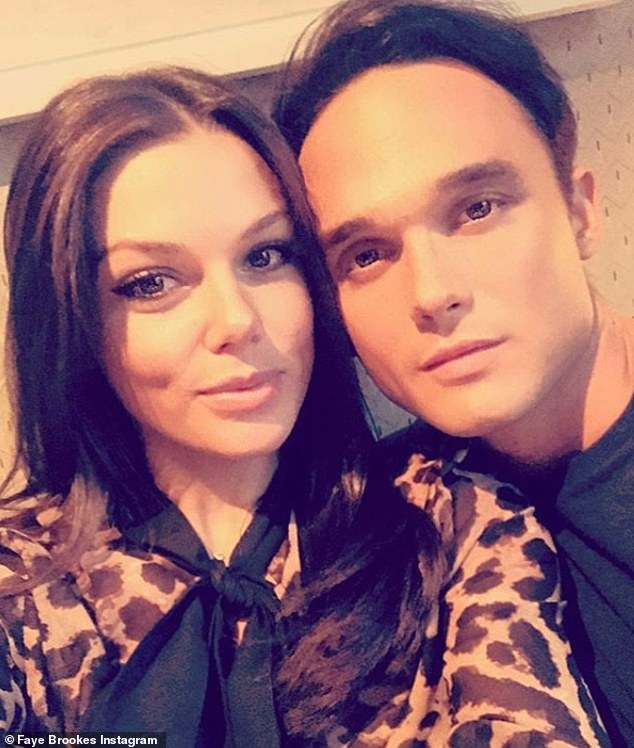 Happier times: Faye and Gareth allegedly had volatile arguments over the soap star choosing to hit the town with her Corrie co-stars without her love, it was reported