She’s famous for her model looks and incredible figure.

And Emily Ratajkowski showed off her toned stomach as she stepped out in New York to buy flowers on Saturday.

The brunette beauty, 29, looked stylish in a nude co-ord as she headed out of the shop carrying a bunch of beautiful yellow sunflowers. 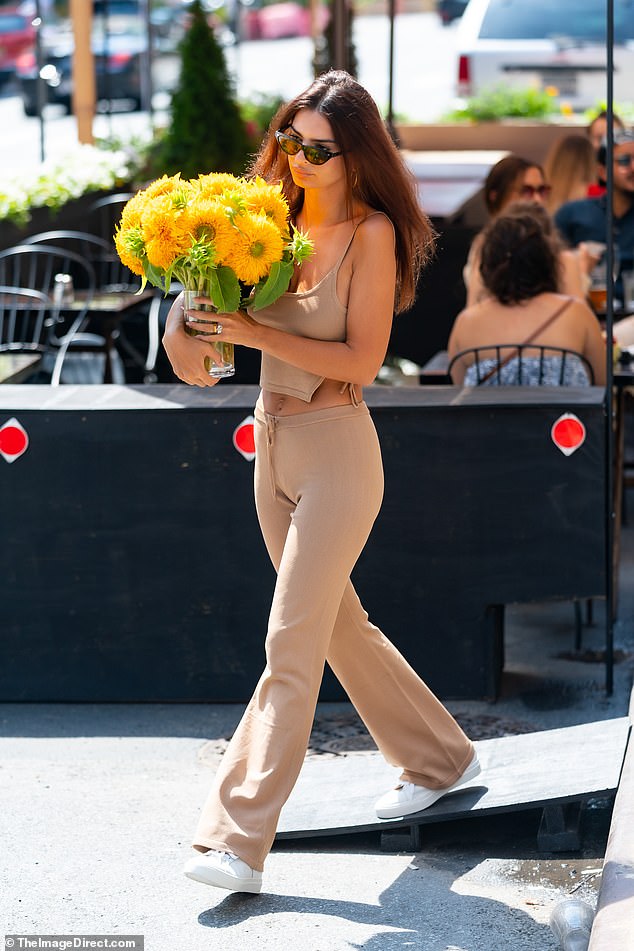 Stunning: Emily Ratajkowski flashed her toned stomach in nude co-ords as she stepped out to buy flowers in New York on Saturday

She completed the summer look with chunky white trainers and shielded her eyes from the sun with black glasses for the outing.

Emily wore her dark tresses in her trademark poker straight style as she made her way along the street.

The star – who is married to producer Sebastian Bear-McClard, 33 – also flashed her huge diamond engagement ring during the trip. 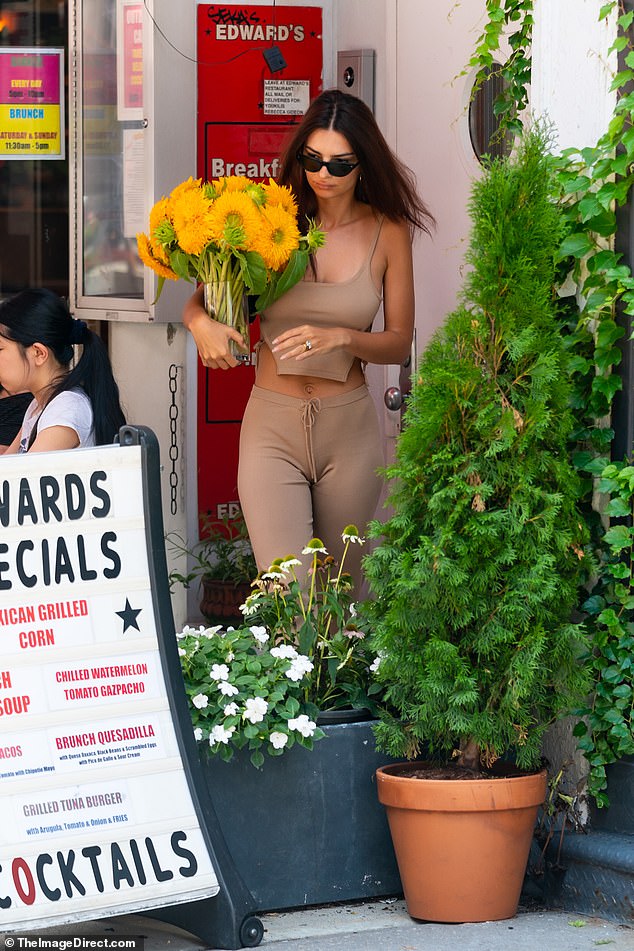 Gorgeous: She completed the summer look with chunky white trainers and shielded her eyes from the sun with black glasses for the outing

The actress will no doubt be celebrating this week after her Inamorata ‘Summer Sweats’ collection was nearly sold out just 10 hours after it officially launched last week.

To celebrate the milestone, the model shared several BTS Polaroid photos of herself on the Hamptons beach set of the campaign – likely photographed by Amber Asaly.

Emily focuses most of her time on the company she co-founded in 2017 with her best friend Kat Mendenhall.

The designer and her husband Sebastian split their time between New York City and Los Angeles.

The couple fled NYC while it was the American epicentre of the COVID-19 pandemic and flew to LA on April 15.

The Gone Girl actress and her husband spent their time in LA at her parents’ house, and returned to New York City recently. 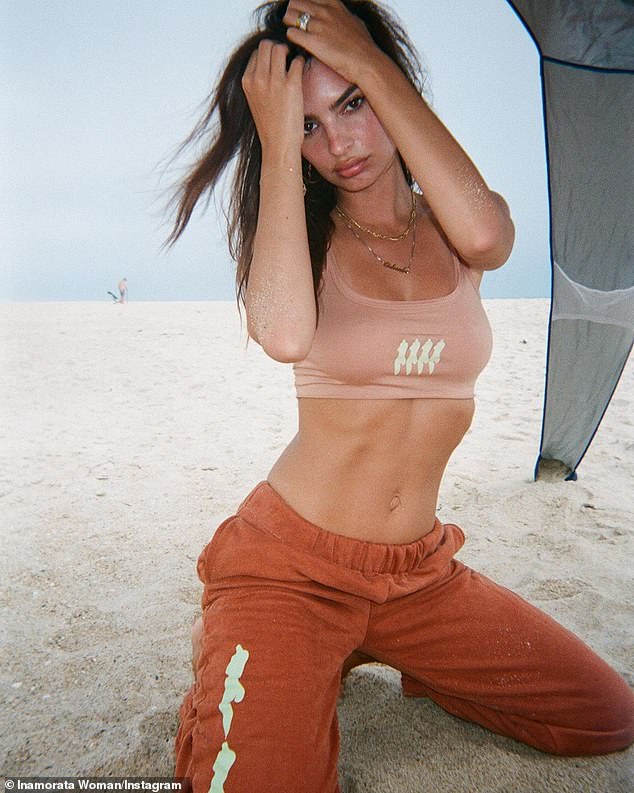 That was quick! To celebrate nearly selling out her Inamorata ‘Summer Sweats’ collection, Emily shared several Polaroid photos of herself on the Hamptons beach set of the campaign

Emily got married in February 2018 after a whirlwind romance and engagement to Sebastian.

The attractive couple were first spotted out together on Valentine’s Day 2018 and then shocked fans when they announced they were married just two weeks later. 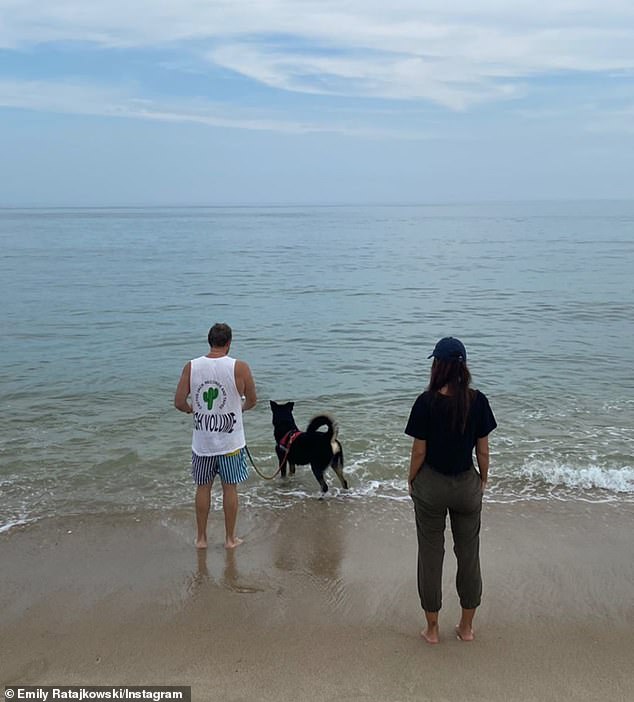 Family portrait: Emily got married in February 2018 after a whirlwind romance and engagement to Sebastian (pictured with their Husky–German Shepherd dog Colombo)

How to live longer: The three building blocks to boost longevity 0

Alexa Chung, 36, and boyfriend Orson Fry, 24, look smitten as they step out for romantic meal 0