EastEnders' June Brown, 93, admits she can't watch the soap anymore due to her failing eyesight

EastEnders' June Brown, 93, admits she can't watch the soap anymore due to her failing eyesight... after quitting her iconic role as D


EastEnders’ June Brown, 93, admits she can’t watch the soap anymore due to her failing eyesight… after quitting her iconic role as Dot Cotton

EastEnders star June Brown has revealed she can’t watch the soap anymore due to her deteriorating eyesight.

The actress, 93, who recently quit the soap after playing Dot Cotton for 35 years, said she struggles to see the television after being diagnosed with the incurable eye condition macular degeneration.

In 2017 June underwent a controversial eye operation in a desperate attempt to save her sight, but revealed last year she’s now starting to go blind. 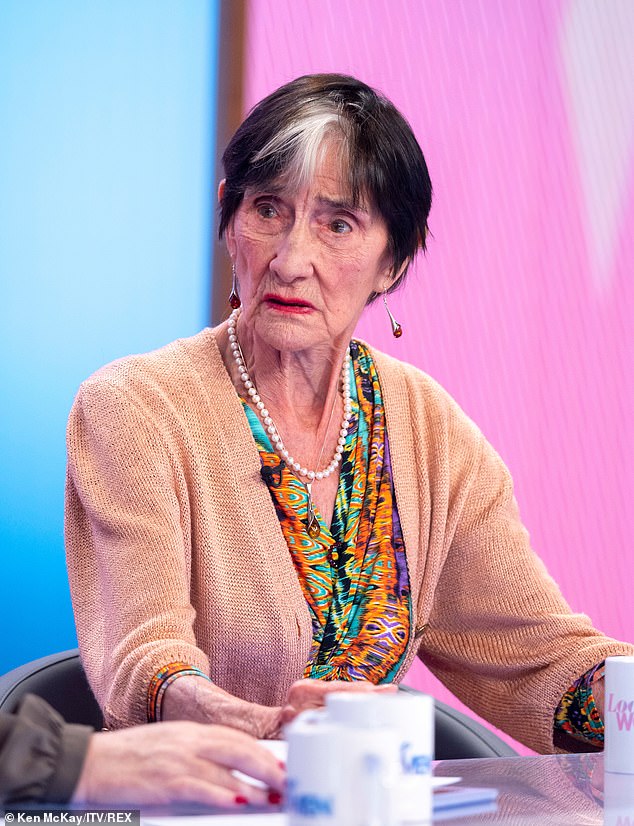 Cannot see: EastEnders star June Brown, 93, has revealed she can’t watch the soap anymore due to her deteriorating eyesight

Asked whether she still watches the soap, June told The Mirror: ‘I haven’t been watching it as I find it difficult to see the television very clearly.

‘If your sight is poor, there’s very little you can do. I read my Kindle instead. I can see where everything is around the house but nothing’s clear.

In 2017 June revealed she had undergone a controversial operation by Harley Street ophthalmologist Bobby Qureshi, who has since been investigated by a medical disciplinary panel over allegations of dishonesty and misconduct, and struck off. 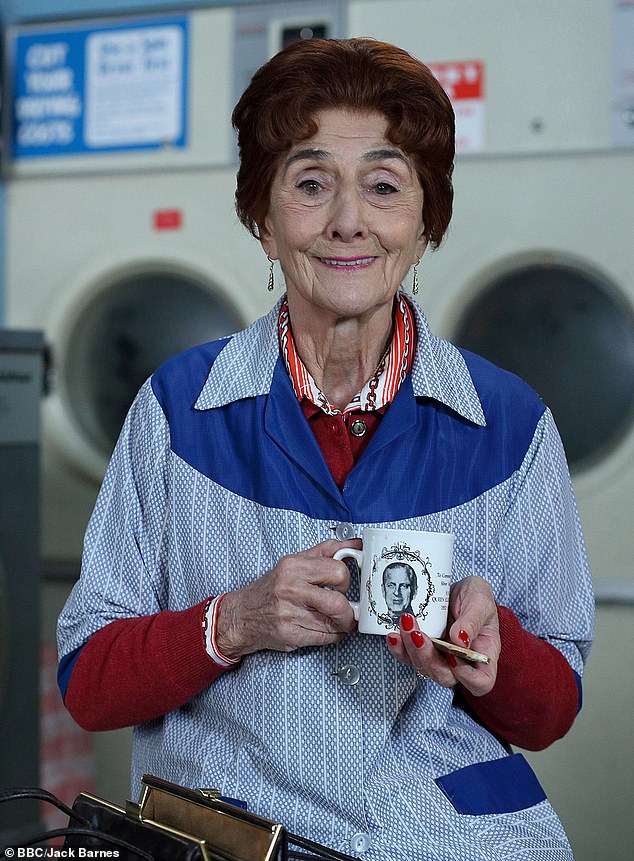 Struggling: The actress, 93, who recently quit the soap after playing Dot Cotton for 35 years (pictured), said she struggles to see the TV after being diagnosed with macular degeneration

But in April 2019 she revealed that her vision had once again deteriorated, meaning she could no longer go out socially.

She told The Daily Mirror: ‘I’ve got very poor sight. I’ve got extra lenses inside my eyes to try to help me read better.

‘They help with peripheral vision, but I’ve got no central vision. I can’t go out socially.

In February June revealed that she had quit EastEnders for good after 35 years playing the cigarette smoking gossip Dot Cotton, though a spokesperson for the soap insisted the door has been left open for her return. 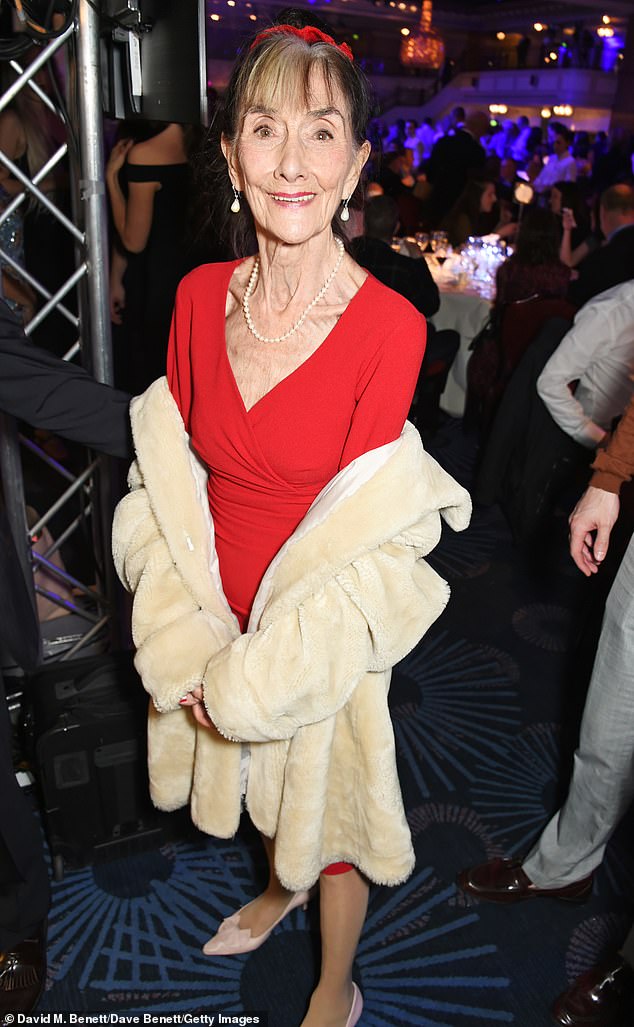 Going: In 2017 June revealed she underwent a controversial eye operation to try and save her sight, but just two years later once again revealed she was going blind

Speaking on the Distinct Nostalgia podcast, June said: ‘It’s almost as if I’ve been bereaved. I don’t want a retainer for EastEnders, I’ve left. I’ve left for good.

‘I’ve sent her off to Ireland where she’ll stay. I’ve left EastEnders. I did make up a limerick. It’s a bit dirty.

June then recited the limerick: ‘I went back to do a good story. Alas and alack, when I got back it had gone up in smoke. I got a small part, a very small part. And that ended up as a big wet fart. Alas and alack, I will never go back.’

Dot has not been seen on EastEnders since last month when she left a voicemail for Sonia Fowler (Natalie Cassidy) informing her she had moved to Ireland. 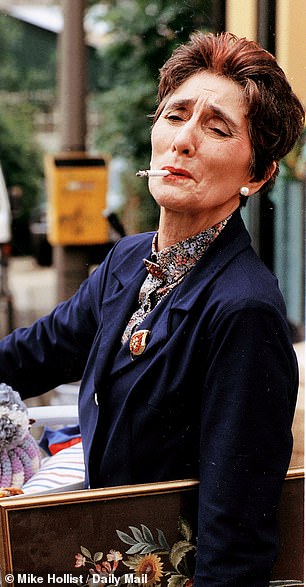 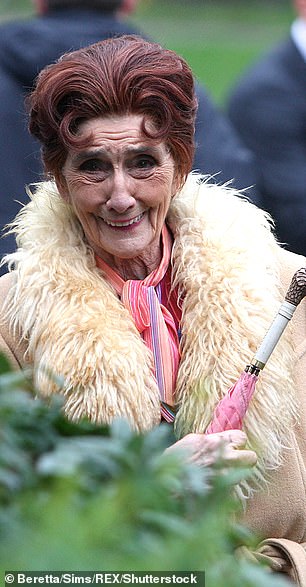 Bowing out: June officially quit EastEnders earlier this year, and described her exit as ‘being bereaved’ (pictured left, in 1991, and right, in 2011)

June spoke to actress Rani Singh, who played Sufia Karim on the soap from 1988 to 1990 about her decision to quit, saying she had no interest in a retainer contract.

Although she has been firm in her decision not to return to Walford, June has mourned leaving the show, likening it to a bereavement.

She said: ‘I was feeling down a few days ago. I thought, ‘What’s the matter? Why do I feel so sad?’ It’s almost as if I’ve been bereaved.’

‘I’ve played two people simultaneously for 35 years. Really Dot wasn’t me, but spiritually she probably was.’ 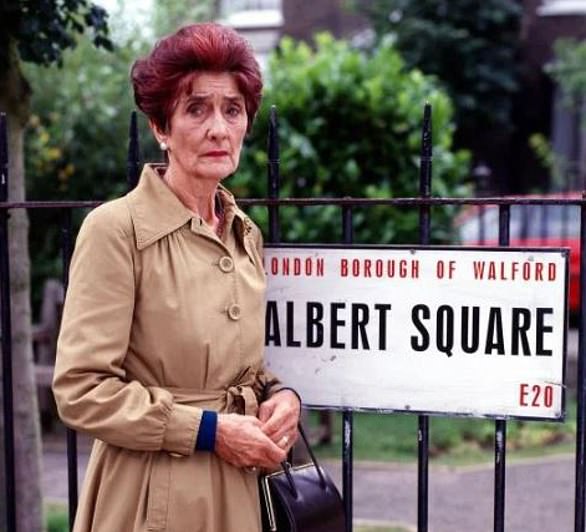 History: Dot has been involved in a number of dramatic storylines throughout her years in Walford

Dot’s debut – 1985: Dot Cotton made her debut in EastEnders in July of that year as the mother of notorious criminal Nick Cotton and the best friend of Ethel Skinner. Despite Nick stealing from his mother and attempting to poison her, Dot believes he can be redeemed.

Dot temporarily leaves Albert Square – 1993: Nick’s girlfriend Zoe Newton arrives in Walford and introduces Dot to their nine-year-old son, Ashley Cotton.  Dot becomes close with her grandson and Zoe asks her to move to Gravesend with them.

Nick is thrown behind bars when Dot returns – 1997: Dot moves back to the square after Nigel Bates tracks her down. Nick has been arrested for drug possession and she is shocked when he returns unexpectedly. He begins stealing from her again and falsely claims to have AIDS. Dot discovers the lie and reports him to the police.

Dot helps her friend Ethel to die – 2000: Ethel begs Dot to help end her life after she comes terminally ill. Torn between her deeply held Christian beliefs against euthanasia and her friend’s wishes, Dot ultimately helps Ethel to die with pills, but later thinks she should be jailed for murder. Feeling she should be punished, Dot ends up in court for shoplifting. She is jailed for 14 days for contempt of court following an outburst in the courtroom.

Dot ties the knot for a second time – 2002: Dot starts a relationship with neighbour Jim Branning. When he proposes, she is overwhelmed and leaves Walford. Jim perseveres and proposes to Dot a second time when they visit the London Eye on Christmas Eve. They decide to have a platonic marital relationship.

Dot appears in EastEnders’ first ever single-handed episode – 2008: In an emotional episode, Dot recorded a message for her husband Jim after he suffered a stroke. The episode featured only her character and June was praised by viewers for her emotional performance.

Dot watches on as Nick dies – 2015: After years of forgiving him for his crimes, Dot accepts Nick’s inability to change. After he asks her to buy him heroin, she agrees and gives it to him. Nick confesses he murdered Reg Cox as he lays dying and Dot decides not to call an ambulance to save him.

Sonia steals from Dot – 2019: Sonia resorts to stealing from her step-grandmother after a blackmail threat from Martin’s hit-and-run victim. She covers her tracks by claiming hackers are to blame after trying to steal thousands from Dot’s bank account.

12 Cloud Kitchens In Delhi NCR You Must Try 0

Peter Lenkov, showrunner behind shows Hawaii Five-0 and MacGyver, is FIRED by CBS 0