Dwayne 'The Rock' Johnson is 'handed the keys' as he finalizes $15million deal to buy the XFL... after the spring football league went

NBA: No players tested for coronavirus in 'the bubble' were positive
Roger Goodell: 'The NFL stands with the Black community'
'The Alienist' actress Dakota Fanning explains how she escaped Hollywood’s child star curse

Dwayne ‘The Rock’ Johnson has revealed that his deal to buy the XFL for $15million has ‘officially closed’ and ‘the keys’ have now been handed over.

The actor and former wrestling star is part of a group of investors who have bought the XFL after the spring football league went bankrupt in its return season amid the coronavirus pandemic.

‘The deal is official closed and “the keys” to the XFL have been handed over,’ Johnson tweeted on Friday. ‘I humbly accept and promise to put my callouses to hard work building our new brand.’ 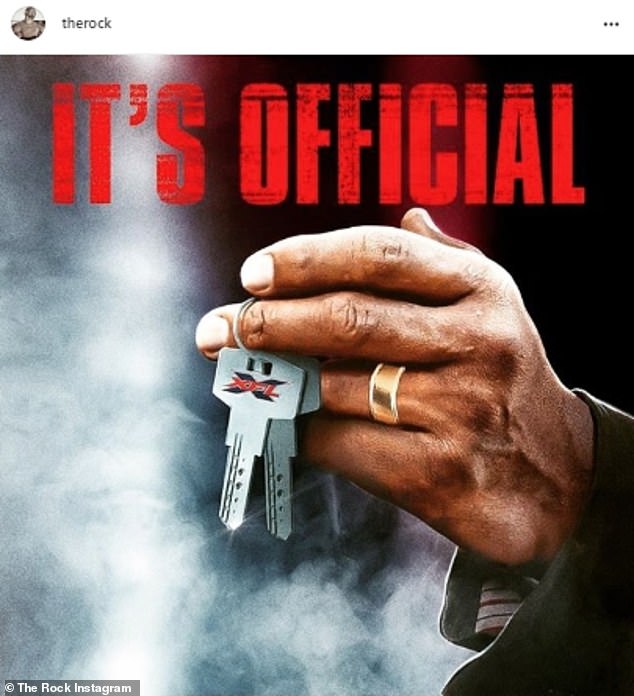 Score! Dwayne ‘The Rock’ Johnson revealed Friday that ‘the deal is officially closed’ after purchasing the XFL for $15million and saving it from bankruptcy

Sportico reported earlier this month how Johnson and RedBird Capital’s Gerry Cardinale bought league together hours before it was set to hit the auction block. Johnson’s ex-wife Dany Garcia is also a stakeholder.

The two have been business partners for 10 years, according to Garcia’s publicist. The transaction is still subject to bankruptcy court approval, according to a press release. 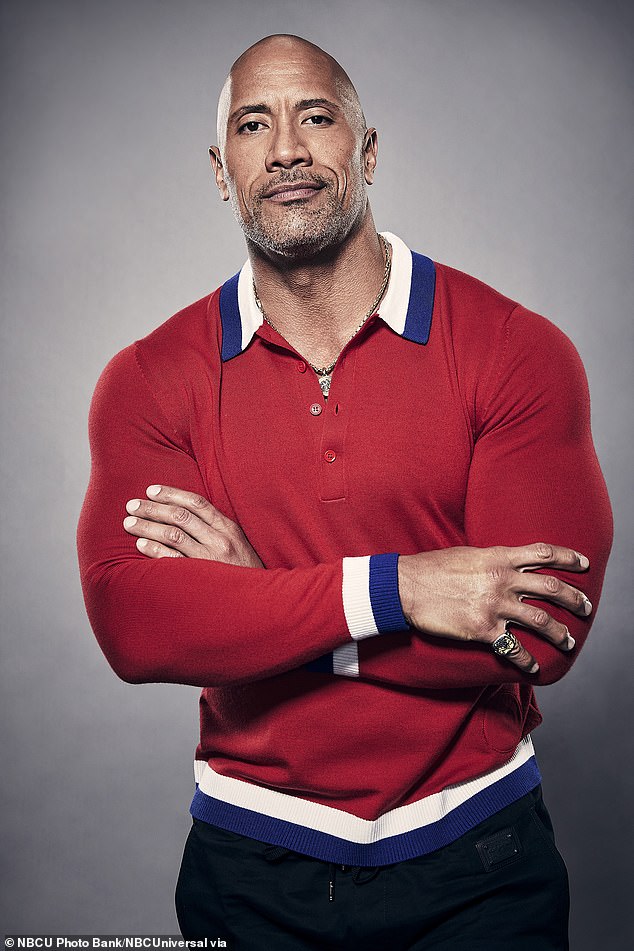 Proud owner: The Rock is part of a group of investors who have bought the XFL after the spring football league went bankrupt in its return season amid the coronavirus pandemic

Johnson, 48, previously played football at the University of Miami, where he won a national title in 1991 before following in his father Rocky’s footsteps and becoming a wrestler.

‘The acquisition of the XFL with my talented partners, Dany Garcia and Gerry Cardinale, is an investment for me that’s rooted deeply in two things – my passion for the game and my desire to always take care of the fans,’ Johnson said in a statement.

‘For Dwayne, Gerry and myself, this property represents an incredible opportunity,’ said Garcia.

‘It is the confluence of great passion, tradition and possibility. Sports and entertainment are the foundations of the businesses I have built. 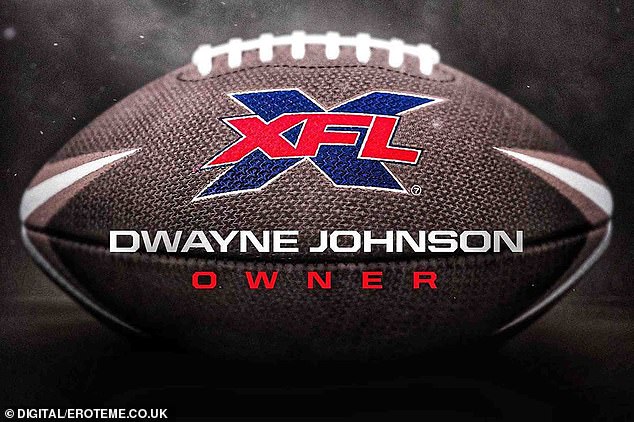 History: The XFL was originally launched by WWE CEO Vince McMahon and NBC in 2001, but folded after one season of spring football

‘Melding our expertise combined with our commitment to deliver exciting and inspiring unique content, has us all focused on developing the XFL brand into a multi-media experience that our athletes, partners and fans will proudly embrace and love.’

The XFL was originally launched by WWE CEO Vince McMahon and NBC in 2001, but folded after one season of spring football.

McMahon spent $200 million restarting the league for the 2020 season, according to his attorneys. 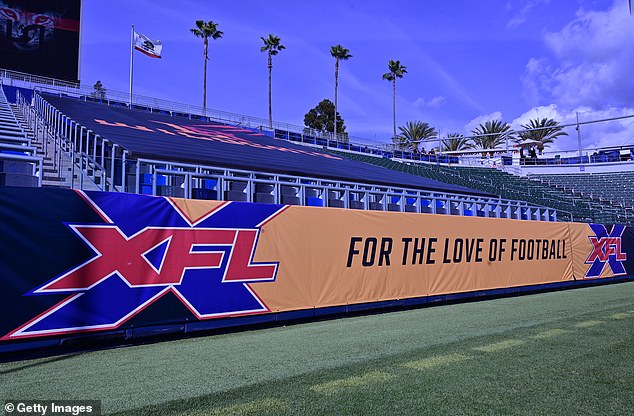 Saved: The XFL is now owned by Dwayne Johnson after a $15million deal was made

Although a whopping 3 million viewers tuned in for the first week of games, the audience was about half that size five weeks later when play stopped due to the pandemic.

The league went bankrupt in April, leading to a legal battle between McMahon and XFL commissioner Oliver Luck, who filed a $23.8 million wrongful termination lawsuit against the wrestling mogul.

In his lawsuit, Luck attached part of his agreement, signed by McMahon, that ‘irrevocably and unconditionally’ guaranteed his $20 million salary.

McMahon claims Luck was fired for cause.

Taiwan tinderbox: China could launch missile over island if US dares to visit, says expert 0