Drew Barrymore talks 'sad sob story' of her troubled youth
Drew Barrymore shares video as she tries Hanacure face mask
Drew Barrymore, 45, does Pilates and eats 'clean' to stay as thin as she was in her 20s

By Caitlyn Becker For Dailymail.com

Actor John Barrymore’s corpse was apparently taken out for a final spin by his pals after his death in 1942.

Drew Barrymore dished on the bizarre story during an appearance on the YouTube series Hot Ones – where guests have to be interviewed while eating increasingly hotter chicken wings.

The Golden Globe winner also revealed that she thinks the cult-classic comedy Weekend at Bernie’s may have been inspired by the disturbing story. 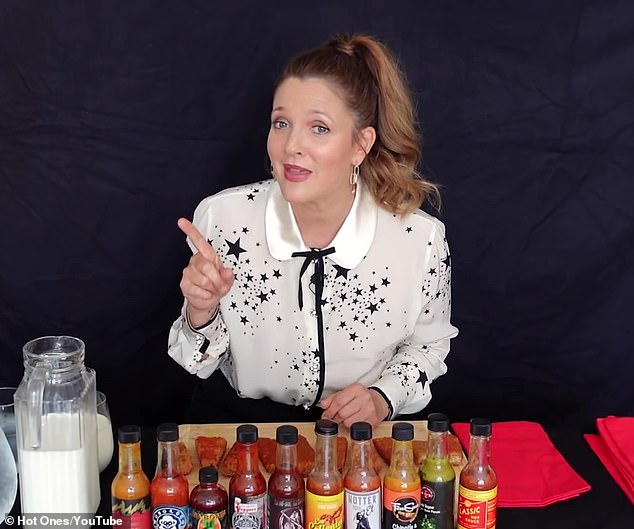 Creepy: Drew Barrymore confirmed a bizarre Hollywood rumor that the corpse of her grandfather, actor John Barrymore, was stolen from the morgue and taken out for a final soiree by his pals after his death in 1942

During the segment, Hot Ones host Sean Evans asked the Santa Clarita Diet star about the long-running Hollywood rumor that her grandfather’s corpse was stolen out of the morgue for a party.

As the story goes, actor Errol Flynn, comedian WC Fields and poet Sadakichi Hartmann, who were all friends with John Barrymore, temporarily took his dead body and propped it up at a poker table.

‘Yes, they did!’ She exclaimed. ‘And I will say this, I hope my friends do the same for me.’

She added: ‘That is the kind of spirit I can get behind. Just prop the old bag up and have a last few rounds.’ 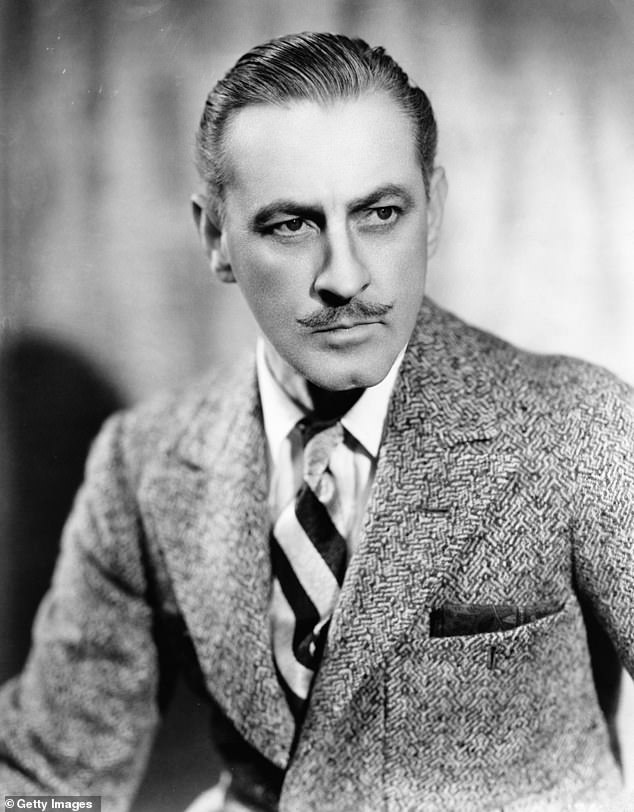 ‘They did!’ She exclaimed. ‘And I will say this, I hope my friends do the same for me. That is the kind of spirit I can get behind. Just prop the old bag up and have a last few rounds.’ (John Barrymore in 1920) 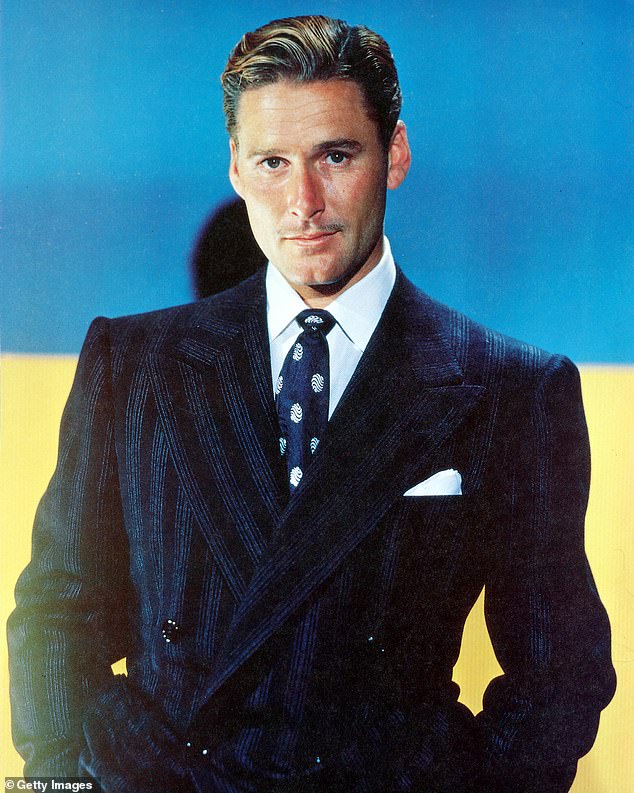 One last time: Drew confirmed that actor Errol Flynn, comedian WC Fields and poet Sadakichi Hartmann, who were all friends with John Barrymore, took his dead body and propped it up at a poker table

‘I think death comes with so much morose sadness, and I understand that, but if it’s okay, just with me, if everyone can be really happy and celebratory and have a party, that would be my preference,’ she quipped with a smile about the chilling tale.

The actress also said that not only did the story happen in real life but there have been ‘cinematic interpretations’ of it like a Blake Edwards film, S.O.B..

And, there have been rumors that the 1989 dark comedy Weekend at Bernie’s also took cues from John Barrymore’s posthumous soiree.

Drew was born into an acting dynasty, her grandfather John was one of the most influential actors of his time and a veteran in the industry on stage, screen and radio.

He struggled throughout his life with alcohol addiction, starting as early as 14-years-old, he spent many years in an out of what would be considered rehab today.

Barrymore died in 1942 at the age of 60 of cirrhosis of the liver among other complications.

Yemen: How to help the Yemen crisis – Why is Yemen starving? 0

Jon Hamm cuddles up to new dog Splash, after the fourth-month-old was returned to the shelter twice 0

World War 3: US lashes out after China’s $400 billion deal with Iran 0