Draya Michele gives a hint of her midriff and killer curves while out and about in Beverly HillsBy Kevin Kayhart For Dailymail.com Pu

She’s been known to showcase her hourglass frame while decked out in an array of flashy and, sometimes revealing, outfits.

And on Wednesday Draya Michele flaunted her killer curves in a casual but still stylish ensemble as she made her way down the streets of Beverly Hills.

The reality star and entrepreneur has been seen out on a number of occasions in recent months filming her docuseries Doses of Draya, that airs on the subscription-streaming service Zeus. 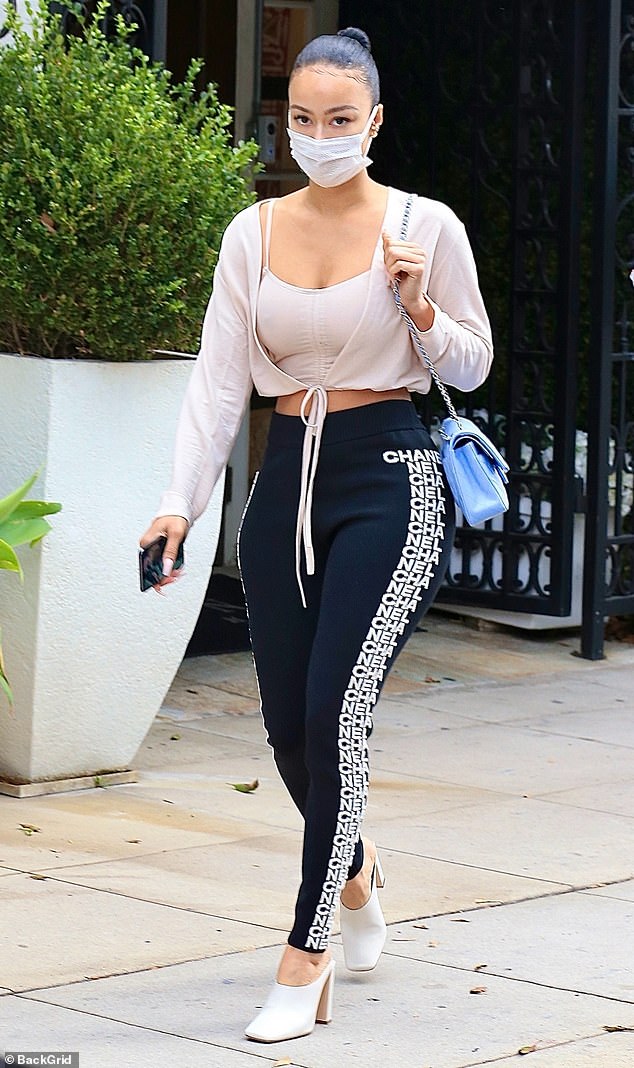 Head turner: Draya Michele, 35, flaunted her endless curves dressed while out and about in Beverly Hills on Wednesday

The Pennsylvania native, 35, stepped out in a nude Fashion Nova crop top and matching light sweater that was left wide open.

With the COVID-19 pandemic still raging across the Los Angeles region, Michele made sure to stay safe by wearing a protective face mask. 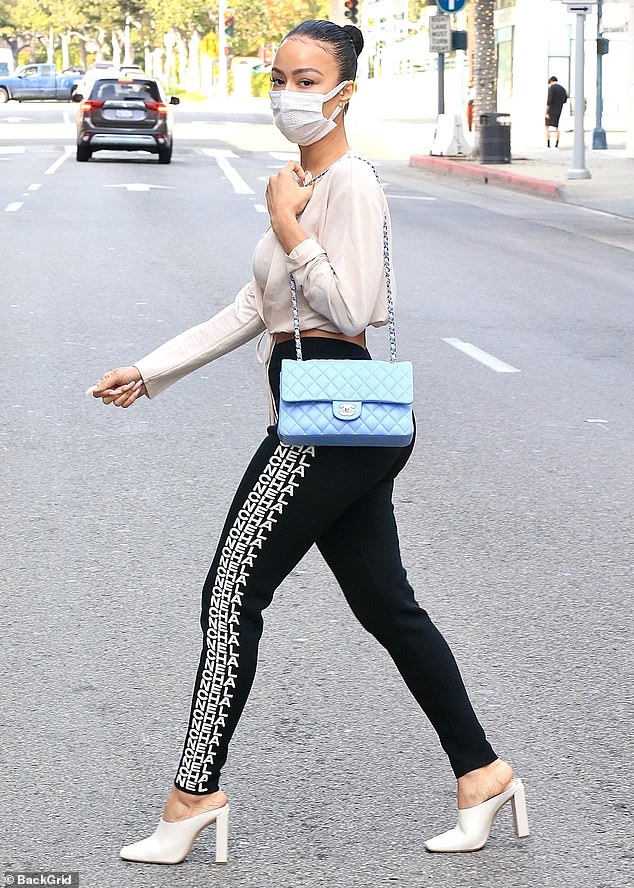 Her 10-part series, Doses of Draya, is a behind-the-scenes look at her life as she builds her various businesses and gets wild with her close friends

She first garnered the attention of the public in 2011 when she dated singer Chris Brown and as one of the star’s of the reality show Basketball Wives LA (2011 to 2015).

During that time she made her scripted acting debut in TV One’s Will To Love alongside Keshia Knight-Pulliam, of The Cosby Show fame, and Marques Houston. 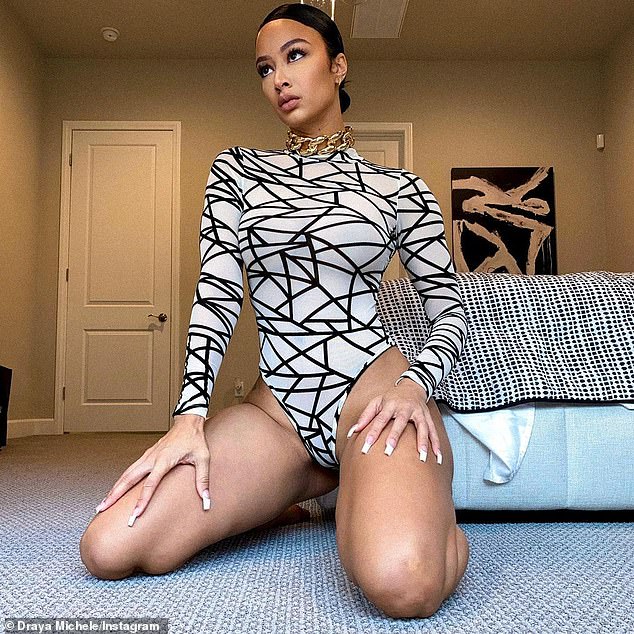 Reality world: The Pennsylvania native has her own docuseries, Doses of Draya, that airs on the subscription-streaming service Zeus 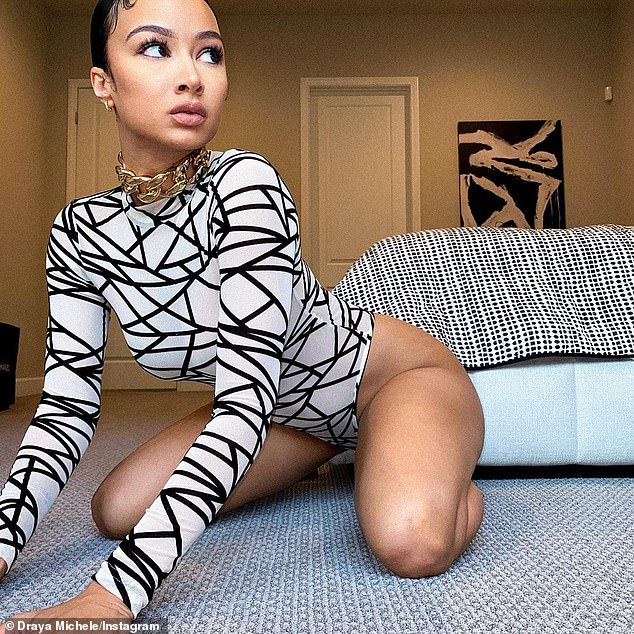 Breakout: Michele first garnered the attention of the public in 2011 when she dated singer Chris Brown and as one of the star’s of the reality show Basketball Wives LA (2011 to 2015)

She has also founded the e-commerce swimwear line, Mint Swim, that’s geared for women of all shapes and sizes, that’s now a multi-million dollar company.

Her many business endeavors also include the trendy fashion line, Fine A** Girls, which launched in 2013, featuring activewear and sleepwear, and the luxury lifestyle brand Beige And Coco.

‘I’ve come a long way, from humble beginnings, and have continued to reinvent myself and evolve my brands over and over,’ she said during an interview with Variety.

‘I hope my fans have appreciated my honesty along the way.’ 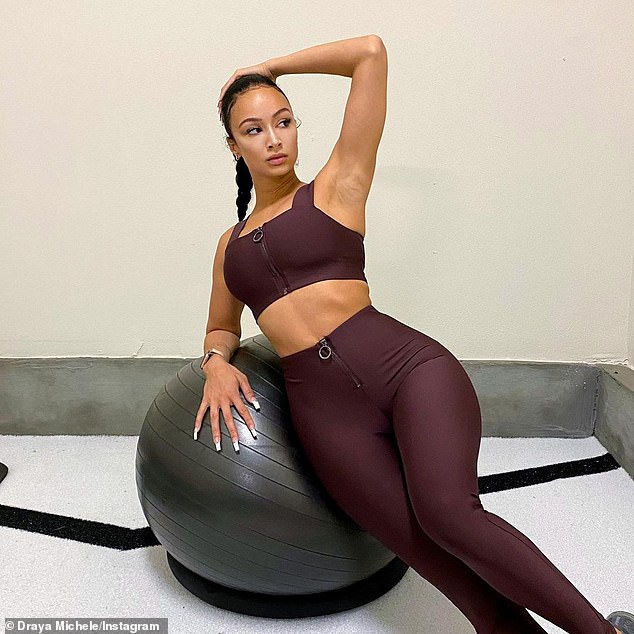 Revealing: Michele often shows off her figure on her social media platforms

Dementia symptoms: Frequent toilet trips could be a sign of brain decline 0