Dragonfly is finally revealed on The Masked Singer

Dragonfly is revealed on The Masked Singer... as judge Jackie 'O' Henderson admits to feeling like an 'idiot'By Kristy Johnson For Dai

After taking off her mask, judge Jackie ‘O’ Henderson admitted to feeling like an ‘idiot’.

The radio star, 45, had previously called close pal Sophie to ask whether she was in fact Dragonfly on an earlier episode. 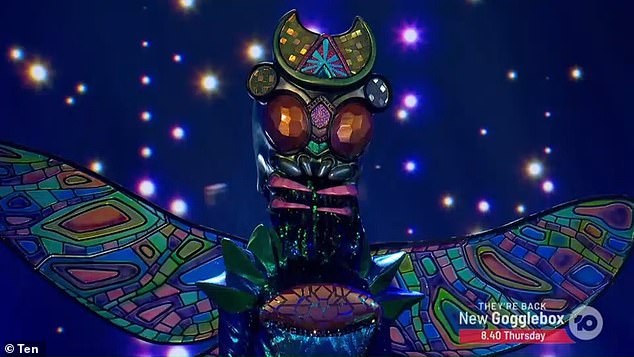 Revealed: Dragonfly was finally revealed on The Masked Singer on Monday night’s episode, with judge Jackie ‘O’ Henderson admitting to feeling like an ‘idiot’

‘Do you know how hard that was for me? Keeping that lie for that long,’ she added.

Jackie could not hide her shock, with her body and voice shaking on-set. 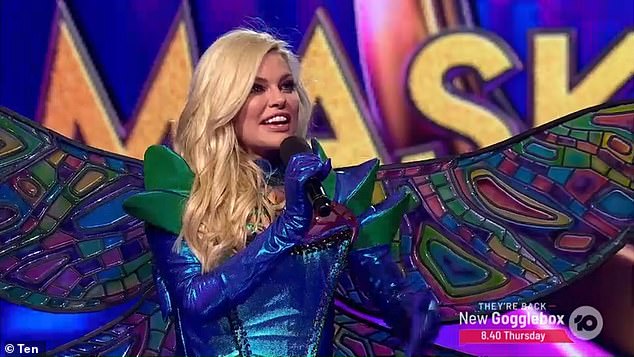 Host Osher Günsberg was left baffled by how Sophie managed to convince Jackie that she was not Dragonfly.

‘Hang on a second, when Jackie was calling you [on another episode], she was sitting right there on the phone,’ he said.

‘Were you around here taking the phone call?’ Osher asked Sophie. 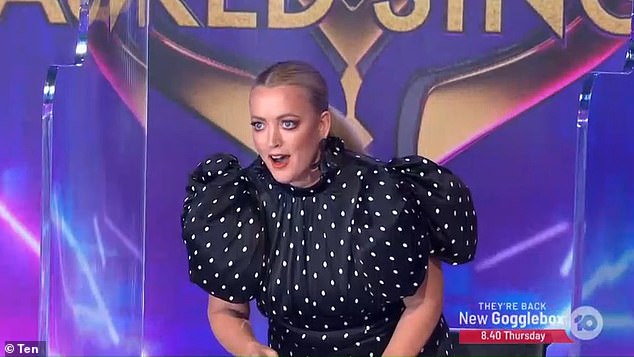 Disbelief: After taking off her mask, judge Jackie ‘O’ Henderson (pictured), 45, admitted to feeling like an ‘idiot’ 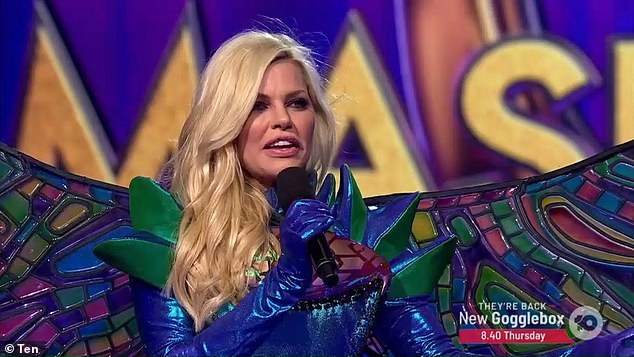 Close call: The radio star had previously called close pal Sophie to ask whether she was in fact Dragonfly, on an earlier episode. Sophie denied it

Sophie responded: ‘I sprinted back, took my outfit off and just went, “Hey”.’

While Jackie believed Australian drag queen Courtney Act to be Dragonfly, fellow judge Dannii Minogue was certain it was Sophie. 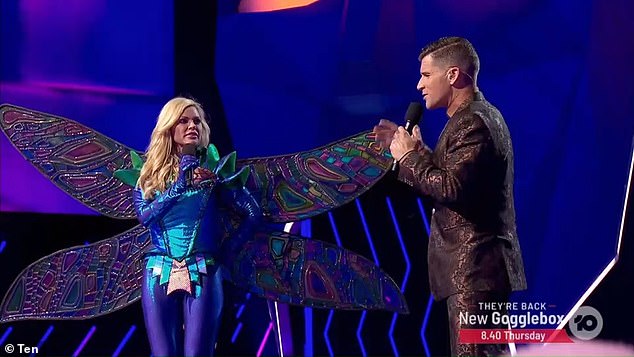 Disbelief: Host Osher Günsberg (right) was left baffled by how Sophie managed to convince Jackie that she was not Dragonfly

The Dragonfly’s clues included having washed cars for a living, and once portraying Marilyn Monroe.

Others were having only lived in sunny places, and donning an army uniform that she altered to reveal more skin.

The Masked Singer continues Tuesday at 7.30pm on Channel Ten 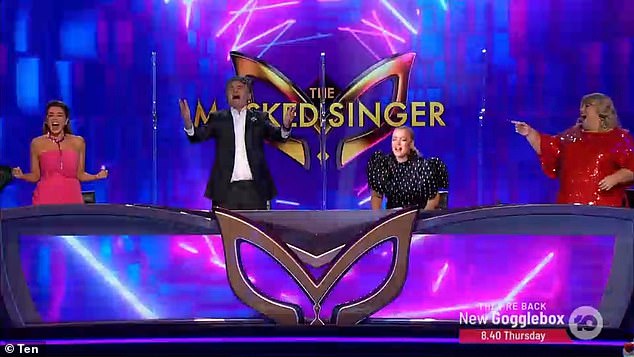 Jill Biden shuts down question about husband's gaffes: 'You can't even go there' 0

Martin Lewis shares how to save at McDonald's now – including Big Mac and fries for £1.99 0

DVLA data reveals 35,000 drivers have broken this driving law over the past three years 0