Devon Windsor, 26, poses in a bikini alongside her mother Lisa

Supermodel Devon Windsor has been hawking her bikini line for months now on her social media platforms.And on Sunday the 26-year-old blonde beauty


Supermodel Devon Windsor has been hawking her bikini line for months now on her social media platforms.

And on Sunday the 26-year-old blonde beauty asked her mom Lisa Windsor to help her move the swimsuits as they posed side by side for a sweet snapshot shared to Instagram.

The leggy wonder, who came to fame as a Victoria’s Secret model, looked happy next to her mother as she wrote in her caption. ‘I got it from my mama.’ 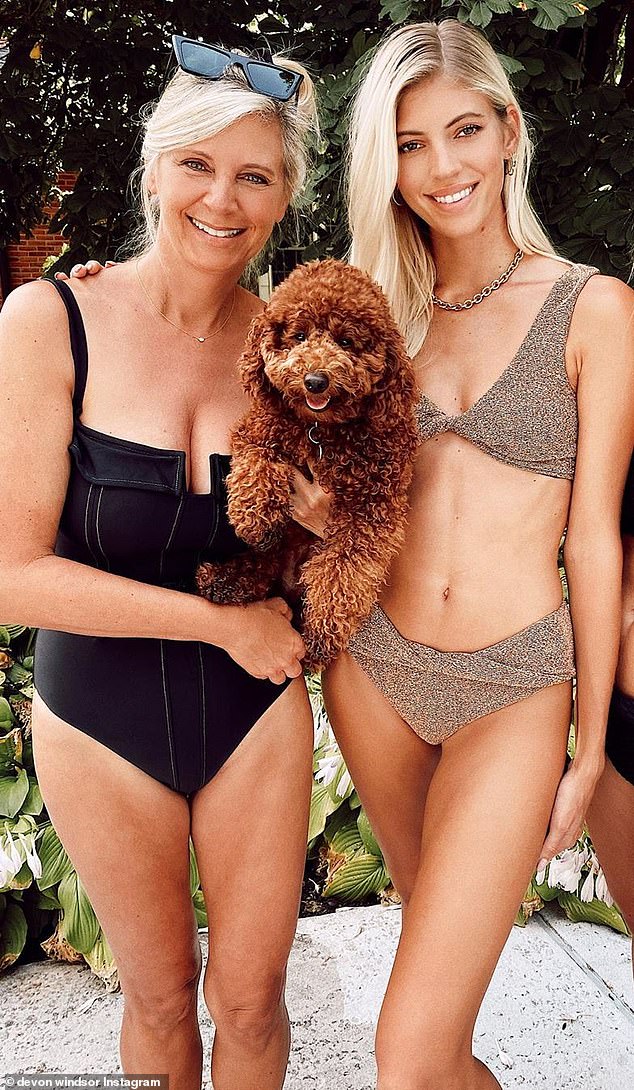 Mommy! Supermodel Devon Windsor has been hawking her bikini line for months now. And on Sunday the blonde beauty asked her mom to help her move the swimsuits as they posed side by side for a shot shared to Instagram

Her mother, who works as a professional photographer in St Louis, Missouri, looked more like an older sister than a mom as the two beamed for the camera in their swimswear.

Also in the frame was her sister Alexandra, who has helped Devon with her swimwear line, and the model’s pooch.

Devon and her mother have always been close. In 2013, Lisa talked to St Louis Today about watching her little girl turn into a model when she was young teen.

‘We were like, she’s not going to stop doing what she loves to do just because one day, she might be a model,’ Windsor’s mother Lisa said about how Devon treated her body. 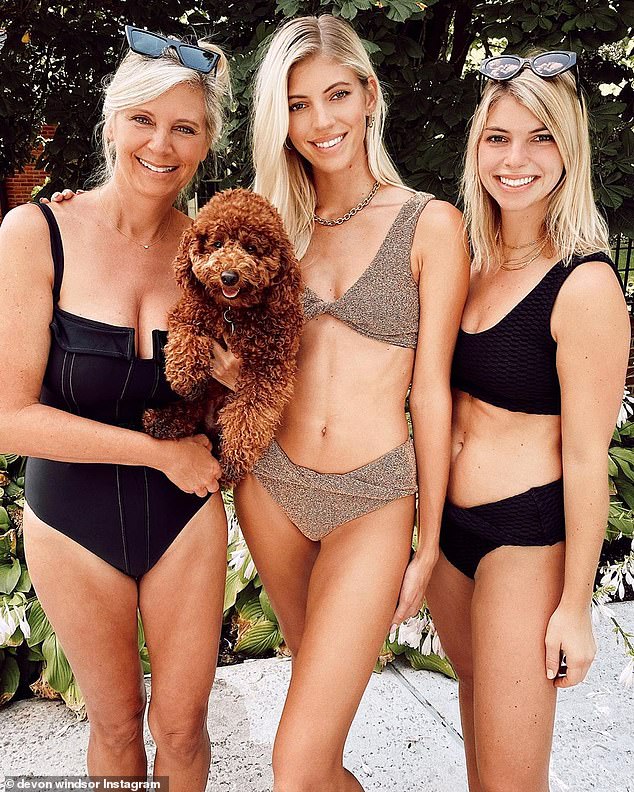 Super sis: Also in the frame was her sister Alexandra, far right, who has helped Devon with her swimwear line

Devon said at the time: ‘There are some who will do whatever it takes, but I wanted to do prom and sports and normal stuff.

‘I’d tell any girl really bluntly that if you don’t want to wait because you’re afraid that you won’t be the right size later then that’s a really bad reason.’ 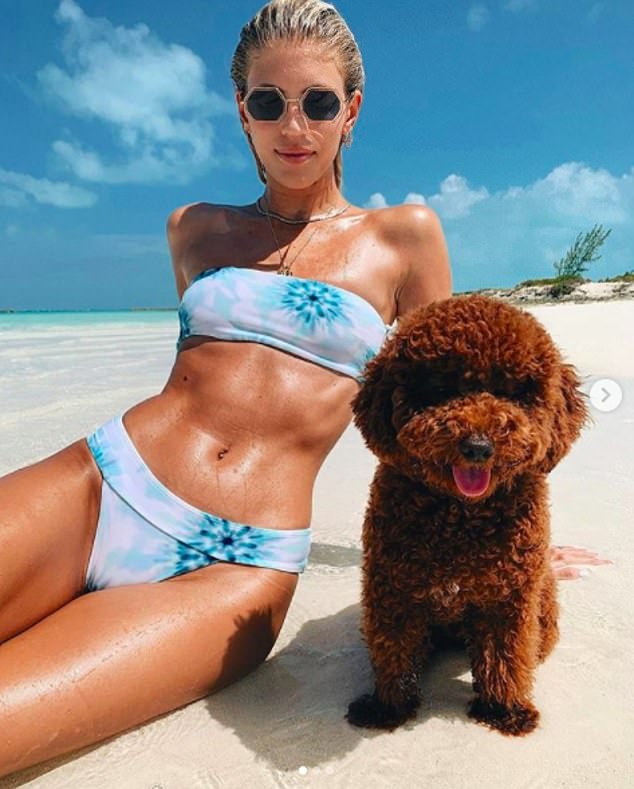 Devon and her dog: Here the leggy lady is seen with her canine on the beach during a recent vacation with her family 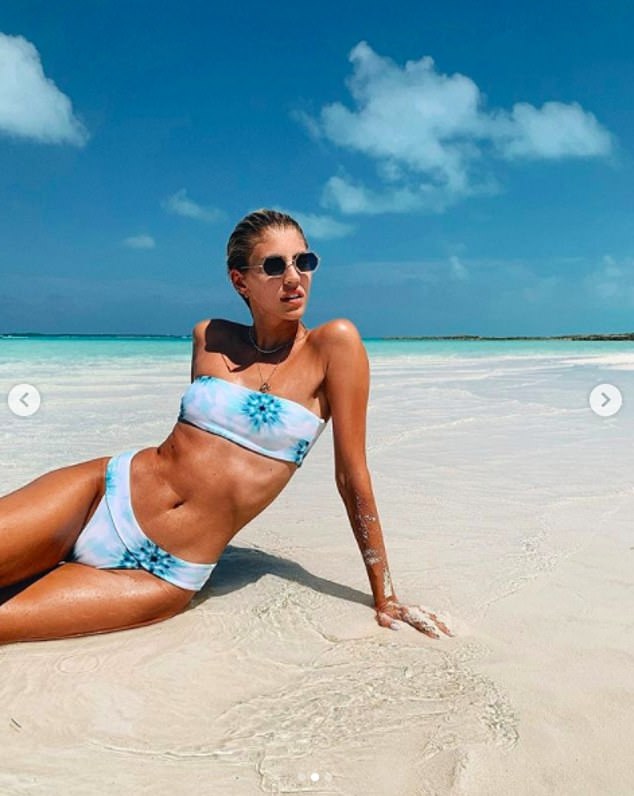 Muscular frames are not preferred in the modeling world as designer clothes fit better on slender frames.

‘Then she went to Milan and they threw a tape measure around her, and it was an awakening,’ Lisa added. Devon was told to lose three inches from her hips.

Devon’s campaign for DW Swims was photographed by her husband Johnny Barbara and she did her own styling, hair and makeup while her sister Alexandra helped with lighting as she could not use a professional team due lockdown from COVID-19. 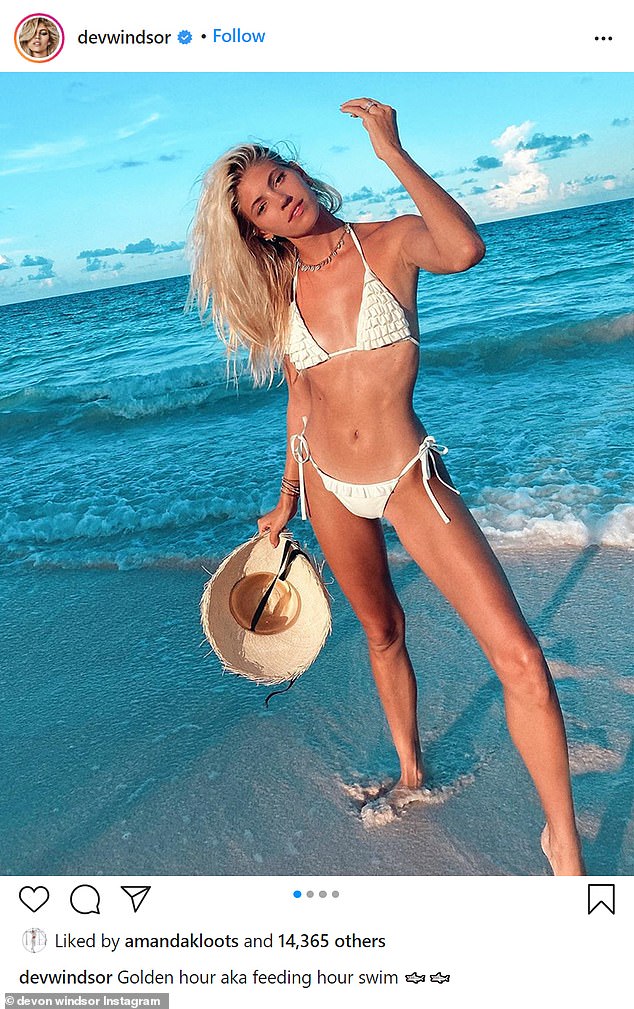 All in the family: Deon’s campaign for DW Swims was photographed by her husband Johnny Barbara and she did her own styling, hair and makeup while her sister Alexandra helped with lighting as she could not use a professional team due lockdown from COVID-19

The star explained that due to self-isolation from the pandemic, a glam team was not on hand, so they did it themselves.

The cover girl was pictured on the edge of a large swimming pool as she laid down, stood up and climbed out of the pool.

The results were great with the slender 5ft11in wonder looking her very best in the two pieces.

In one post she is seen in a cute suit as she lays down by her swimming pool of her Florida home with her husband over her taking the photos.

‘Shot the #DWswim SS20 campaign!’ she said in her caption on Instagram. 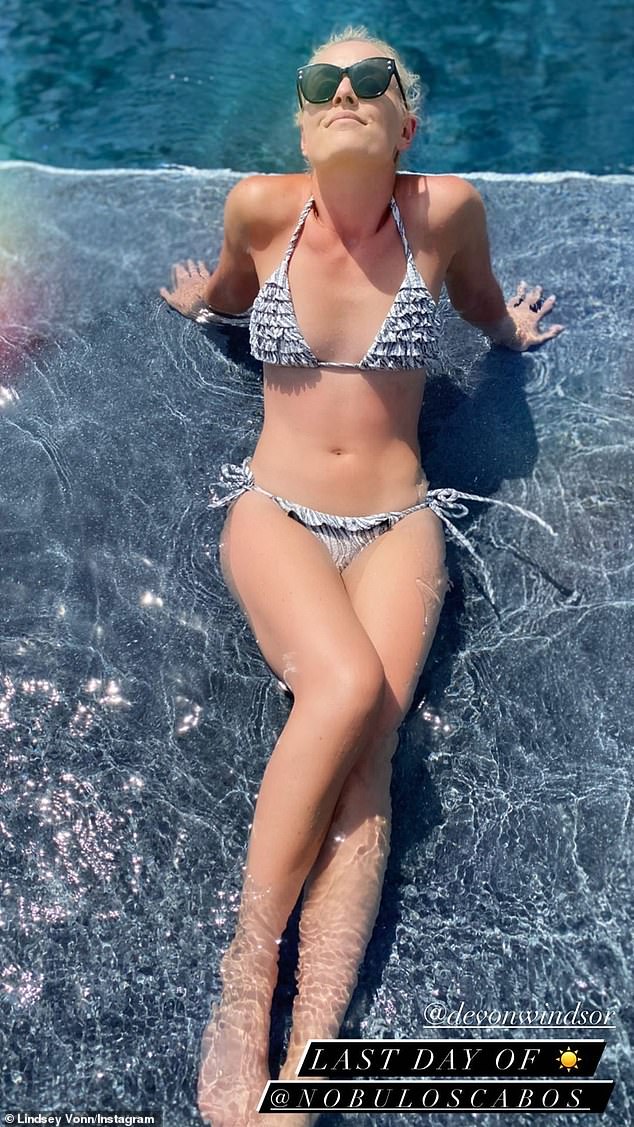 Approved by an Olympian: Lindsey Vonn has been wearing Devon’s swimsuits 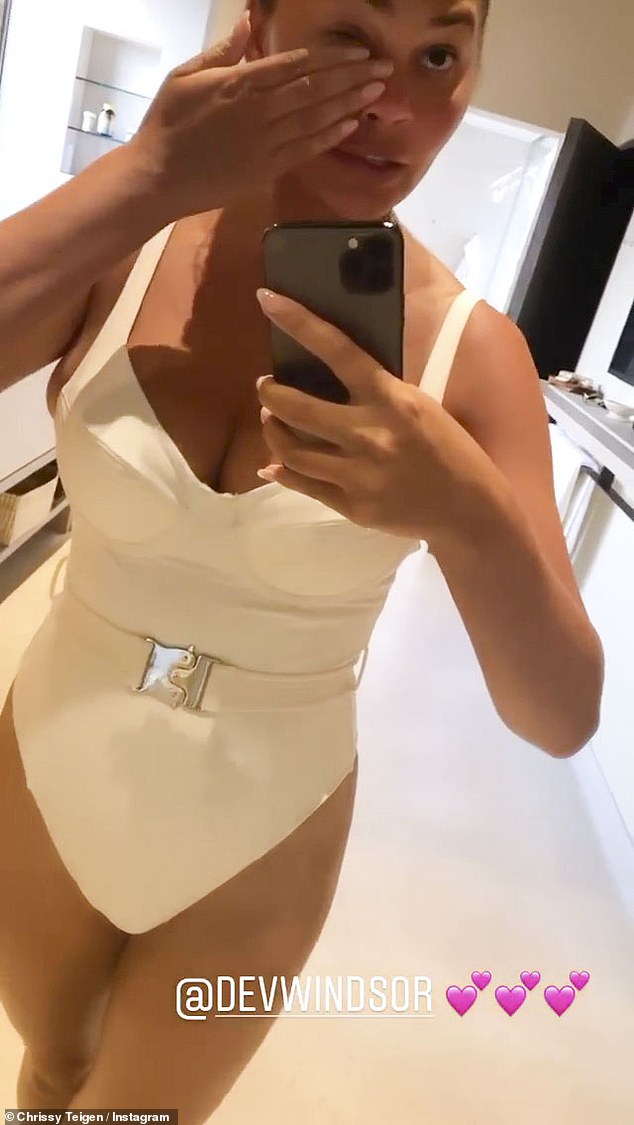 She is a fan too: And Chrissy Teigen has also been trying on the pretty designs

‘Shot by @johnnydex. Head to the @devonwindsor Instagram Stories to see more behind the scenes and all the new colors and styles!

‘Hair make and styling by me! @alexwindsor as assistant styling, art direction, lighting etc.’ Alex is her sister Alexandra.

She has been seen before in one of her bikinis, a black one by the pool.

Devon’s suits have a celebrity following: Lindsey Vonn and Chrissy Teigen have shown them off in recent weeks.

Great British Bake Off scores record ratings as 7.9million tune in for the opening episode 0

California hospital space a concern as state hits No. 1 in coronavirus cases 0