As vaccination programs boosted optimism that a new year might offer respite from the coronavirus pandemic and related restrictions, German media


As vaccination programs boosted optimism that a new year might offer respite from the coronavirus pandemic and related restrictions, German media published a series of articles pointing their finger at the country’s neighbors. Noting that the highest levels of infection are in Germany’s east, the press and some politicians have claimed that the Czech Republic, which is struggling with one of the world’s highest infection rates, must be to blame.

In Die Welt newspaper, the Czechs were branded dangerous neighbors. “Stop the coronavirus tourists!” demanded Bild as it warned of Czech shoppers driving “uncontrolled across the border.”

Data from the Robert Koch Institute showed on January 19 that the largely rural districts in Saxony on the Czech border have some of Germany’s highest infection rates, at around 300 per 100,000 population. The previous day, the Czech Republic had a rate of over 828.

Until recently, Czechs remained free to cross the border at will, as many traditionally do to shop, with a negative coronavirus test in hand. While Saxony put a stop to that in early December, the thousands of commuter workers employed in the state’s hospitals, services and factories were exempt.

Little wonder then that German media and politicians seeking simple answers to the difficulties of the pandemic are adding two and two.

It’s a populist formula that is having some effect as Germany’s fight against the pandemic grows tougher. The German federal government adopted a new regulation on January 13 requiring a negative test from people arriving from high-risk regions.

However, the evidence remains circumstantial and selective. Germany’s highest rate of infection on January 19 was 220 kilometers (124 miles) west of Saxony’s capital, Dresden, and 100 kilometers from the Czech border, in the Hildburghausen district in the center of the country. 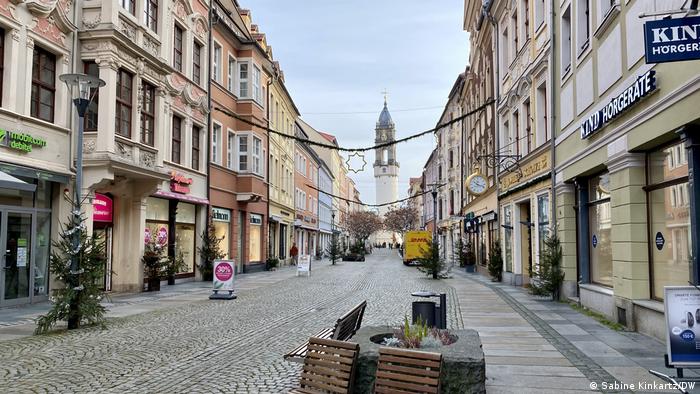 Spokesperson Zuzana Stichova suggests that the Czech Foreign Ministry understands the German concerns. However, she’s frank in insisting that there’s no evidence to pin the blame on Czechs.

“Saxony is one of the most affected parts of Germany. In the same way, the neighboring regions on the Czech side of the border are facing a large number of infections,” she told DW.

“However, it’s certainly not possible to say that Czech commuters are responsible for high infection rates in Saxony. On the contrary, they often work in Germany as doctors, nurses and social workers and therefore they’re helping to manage the situation.”

A wave spilling over?

An alternative theory to the idea that foreigners are to blame for the high rate of infection in rural Saxony is that it correlates with support for the Alternative for Germany (AfD) party and populist right-wing causes. Protests from such groups in the Eastern state against COVID-19 restrictions have been rife, and the use of masks sporadic, as German analysts have noted.

“It’s no accident that the districts where the AfD enjoys particularly strong support have been hardest-hit by the virus, while the city of Leipzig, where the AfD does comparatively badly, has an infection rate of about a third of the state average,” claims Klaus Neumann from the Hamburg Foundation for the Advancement of Research and Culture.

But faced with the choice of blaming foreigners or voters, politicians in spots like Bautzen —the scene of clashes between locals and migrants in 2016 — plump for the former.

Mayor Alexander Ahrens from the Social Democrat Party told DW in December that it was ludicrous and absurd to claim “that a pandemic is aligned with political trends.”

He lays the blame firmly at the door of the neighbors and calls for the border to be sealed.

“This was to be expected in the border regions,” he said. “We already said months ago that if the borders to the Czech Republic were not closed, then the wave would spill over.”

However, this “wave” may be exaggerated. Some German media claim that as many as 20,000 Czechs commute for work to Ahrens’ Bautzen district, which has a population of around 300,000, each day. However, Germany’s Federal Employment Agency says just over 11,000 Czechs work in the whole of Saxony, with 20,000 Poles joining them.

“There is no evidence that commuters are responsible for the increase in new infections. There are no figures at all; no information suggesting outbreaks in companies,” says Markus Schlimbach, chair of the German Trade Union Confederation (DGB) Saxony. “It’s pure populism to make this connection. It’s obviously easier to blame others than oneself,” he told DW.

Martin Volf, spokesperson for the government of the Czech Republic’s Usti region, which sits across the border from Saxony, is wary of political commentary but tells DW that just 0.5%-1% of those infected locally are cross-border workers.

He also notes that while Czechs are no longer able to go shopping in Germany there are no restrictions on Germans traveling to the Czech Republic, and that they continue to cross the border not only to work but to fill up with cheap petrol. 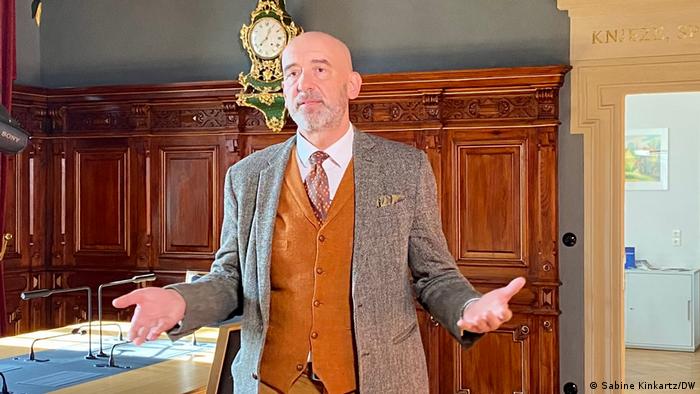 Luckily for Czech commuter workers, some political leaders appear to have tired of pandering to the radical right. Saxon Prime Minister Michael Kretschmer told Der Spiegelthat the local population has ignored safety measures and he continues to resist calls for the border to be sealed.

“Without the Czech and Polish doctors and nurses, without the Eastern European DHL employees, medical care, care in nursing homes and other economic areas would collapse,” Kretschmer said in December.

Under new rules introduced on January 18, commuter workers are now required to submit one negative coronavirus test per week. The following day, Czech Prime Minister Andrej Babis said Chancellor Angela Merkel, who announced tightened measures against the new strains of the virus on January 19, had agreed during a phone call to refrain from sealing the borders. However, commuter workers are likely to soon need to submit two tests per week.

Frantisek Navrkal, a member of the Czech Parliament for the Usti region from the opposition Pirate Party told DW the tightened restrictions were reasonable, given that “the Czech government is failing so badly to deal with the pandemic.”  He also hopes that the requirement could finally provide some concrete data on whether or not Czechs are carrying the virus into Germany.

However, he expresses concern for those that rely on commuting for their livelihoods as restrictions tighten and the threat of a border closure rises.

Employers in Saxony appear unconcerned for the moment. Job agencies continue to advertise for Czech carers, drivers and warehouse workers to fill vacant posts. But Schlimbach, noting that Prague closed the border to German commuter workers during the first wave of the pandemic in the spring, worries that the tougher restrictions introduce fresh uncertainty, and that long-term damage has already been done to regional cooperation.

“Employers will certainly now think twice about hiring frontier workers,” he says. “Not because they’re spreading COVID but because of the problems on the borders. We fear that trust in the cross-border labor market has been permanently damaged.”

Donald and Melania Trump: Where are the Trumps? When were they last seen? 0

'China should foot the bill!' UK slammed for charging taxpayers for international vaccines 0

Robin Thicke reflects on Paula Patton split, abusing painkillers: 'I was in a bad place' 0