Courtney Stodden flaunts curves in a bikini while sailboating and reflects on estranged dad:

Courtney Stodden flaunts curves in a bikini while sailboating and reflects on estranged dad: 'It's weird feeling like your father is d


Courtney Stodden flaunts curves in a bikini while sailboating and reflects on estranged dad: ‘It’s weird feeling like your father is dead but he’s actually alive’

She took to Instagram on Wednesday and shared about visiting her first winery, which was in a small town of Buellton in Santa Barbara County, California.

One day later and Courtney Stodden moved her summer getaway to the coastline for a day of sailing on the Pacific Ocean.

Turns out all the fun in the sun on the water sparked fond memories of spending time on a lake with her estranged father when she was a girl.

Scroll down to video 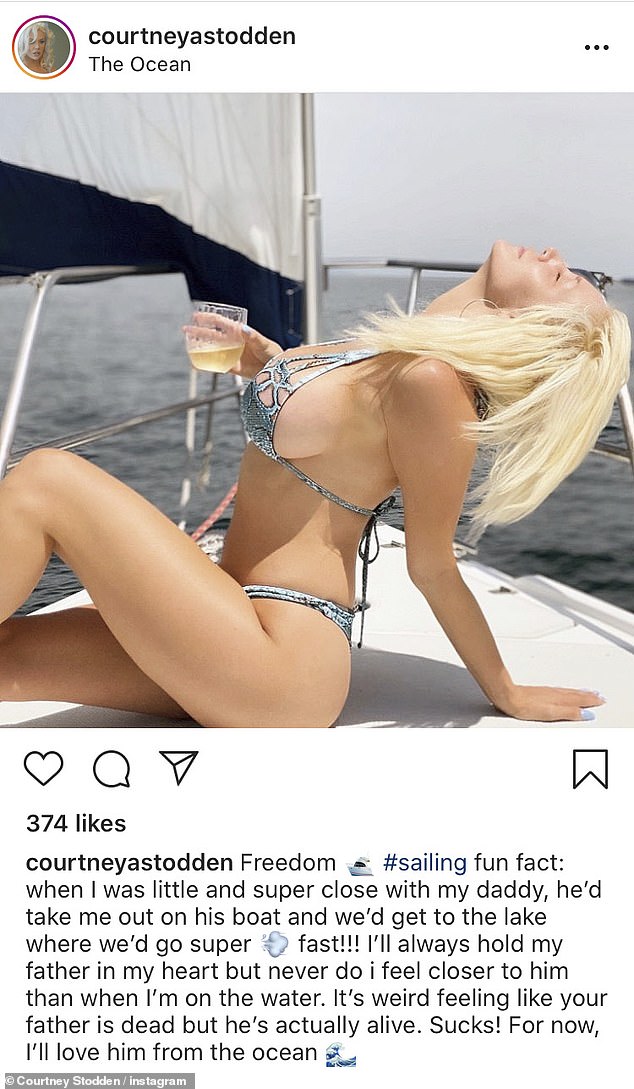 Emotional: Courtney Stodden, 25, got emotional about her estranged father when she shared about going sailboating in the Santa Barbara region on Thursday

The Instagram model, 25, made the personal confession in the caption of a photo showing her soaking in the sun in a silver-patterned bikini as she sipped on a glass of white wine.

‘Freedom #sailing fun fact: when I was little and super close with my daddy, he’d take me out on his boat and we’d get to the lake where we’d go super fast!!!’ she wrote before going deeper into her emotions regarding her father, who she claims ‘doesn’t want anything to do with her’.

‘I’ll always hold my father in my heart but never do i feel closer to him than when I’m on the water. It’s weird feeling like your father is dead but he’s actually alive.’

‘She concluded the heartfelt confession by adding, ‘Sucks! For now, I’ll love him from the ocean.’ 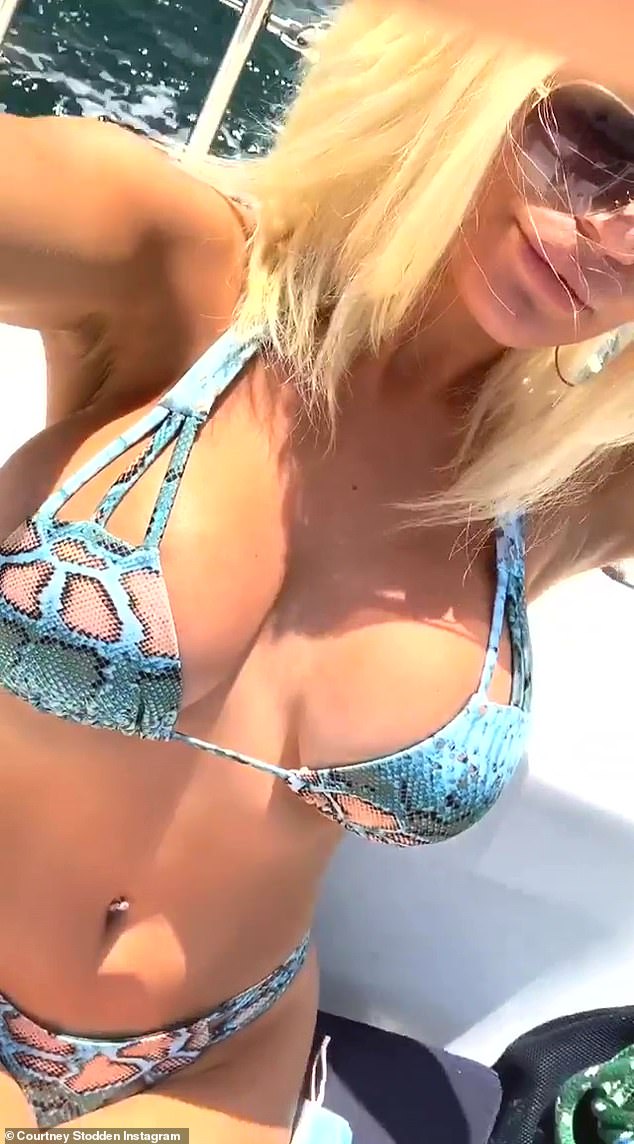 Living the good life: The Instagram model also shared a quick video of her time on the ocean 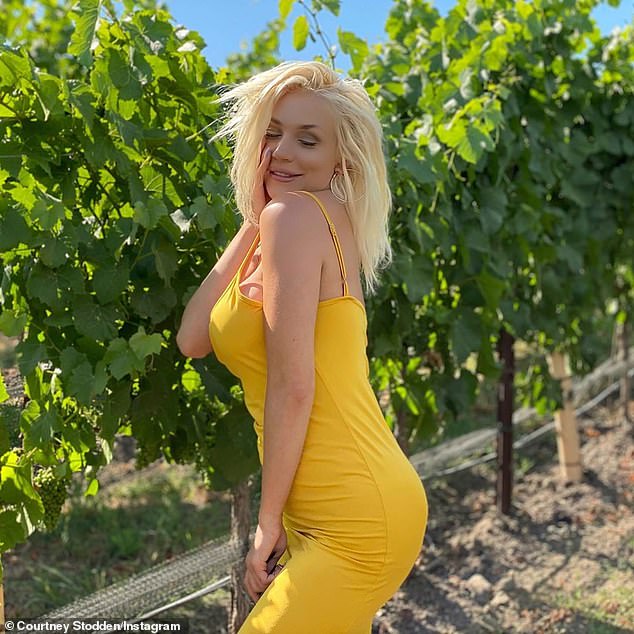 Summer getaway: One day earlier, the Instagram model took to Instagram and talked about visiting her first winery in Santa Barbara County 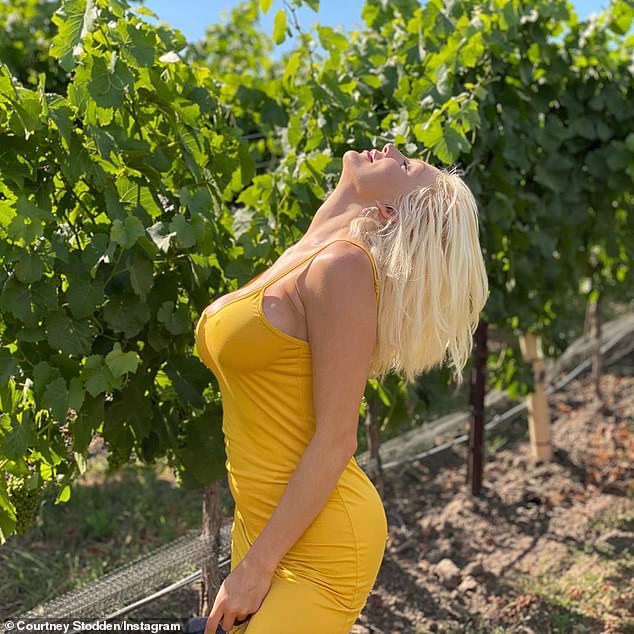 Summer breeze: The Washington state native shared a series of photos of herself striking poses in a yellow spaghetti-strap dress

Never one to be shy to show off her enhanced curves, the Washington state native shared a series of photos of herself striking poses at the Pence Winery in the Santa Barbara region on Wednesday.

‘My first winery … yes, I got drunk,’ she wrote in the caption along with the hashtags: #winery #wine #winetasting’

Stodden most recently went public with their troubled relationship when she wished her dad, Alex, a happy Father’s Day earlier in the week.

‘Happy Father’s Day to a man I’ll always love. I yearn for your support and love every single day. Maybe before either of us pass, we can say “I love you” and hug one another again. Until then, take care, Dad. #fathersday,’ she wrote along with a throwback photo of the pair when she was a young girl. 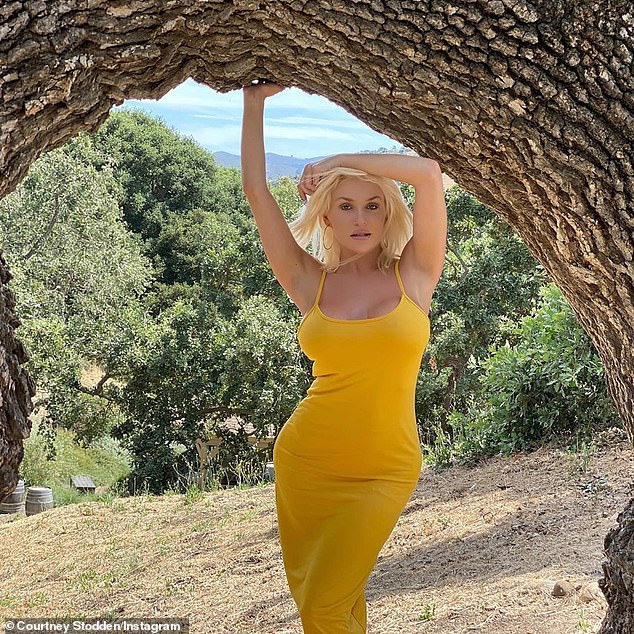 Family drama: Stodden has had a fractured relationship with her father since she left home at 16 and married then 51-year old Doug Hutchinson 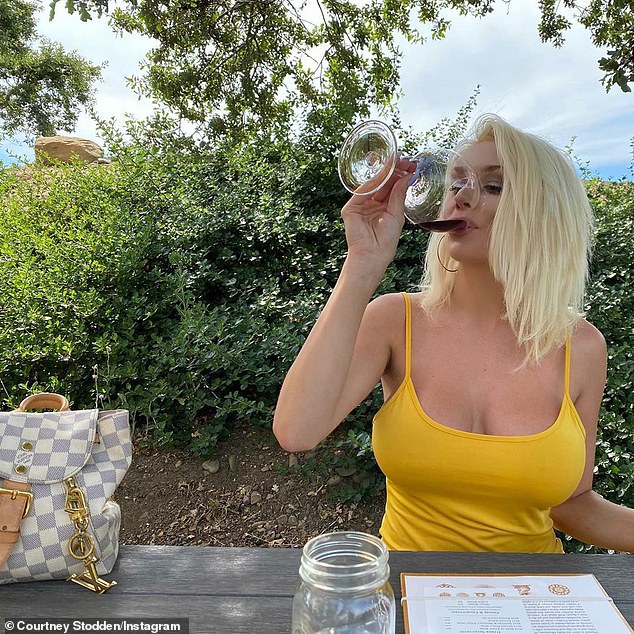 Heartbreaking: Stodden says her father doesn’t want anything to do with her

The pair have had a fractured relationship since Stodden left home at 16 and married then 51-year old Doug Hutchinson.

‘My father told me to never contact him again and that he does not have a daughter,’ she revealed on social media last year.

‘The thing is, if my father doesn’t want to be a FATHER then I need to finally accept that,’ she added at the time.

The publicity surrounding Stodden as a teen bride with a man more than 34-years her senior led to appearances on numerous reality television shows like Couples Therapy, with Hutchinson, and Celebrity Big Brother.

Over the years, the couple separated several times and eventually Stodden filed for divorce from Hutchinson in March 2018, that was later finalized just three months ago. 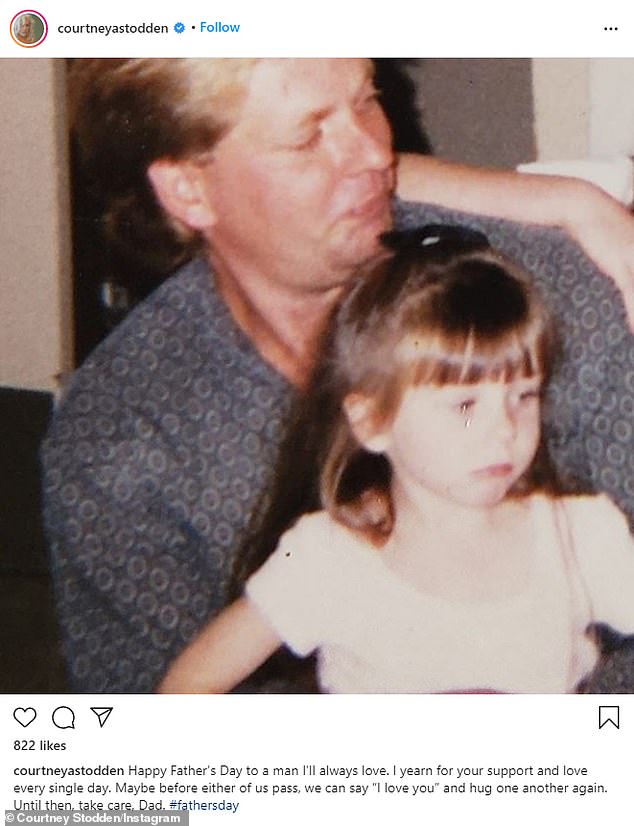 Holding onto hope: Stodden most recently went public about her troubled relationship with her dad, Alex, when she wished him a happy Father’s Day earlier in the week

Loading...
Newer Post
Iran horror: Large explosion near military base causes panic in Tehran
Older Post
Sue Nicholls net worth: How much Coronation Street legend has made in her career

Apple MacBook could get a serious price drop, and we can't wait 0