She has been spending lockdown with her daughter Coco Arquette, 16, and her boyfriend of seven years, musician Johnny McDaid.

And Courteney Cox enjoyed some quality time with friends as she went for dinner at Italian restaurant Giorgio Baldi in Santa Monica on Wednesday.

The actress, 56, put safety first as she donned a black face mask for the evening amid the ongoing coronavirus pandemic. 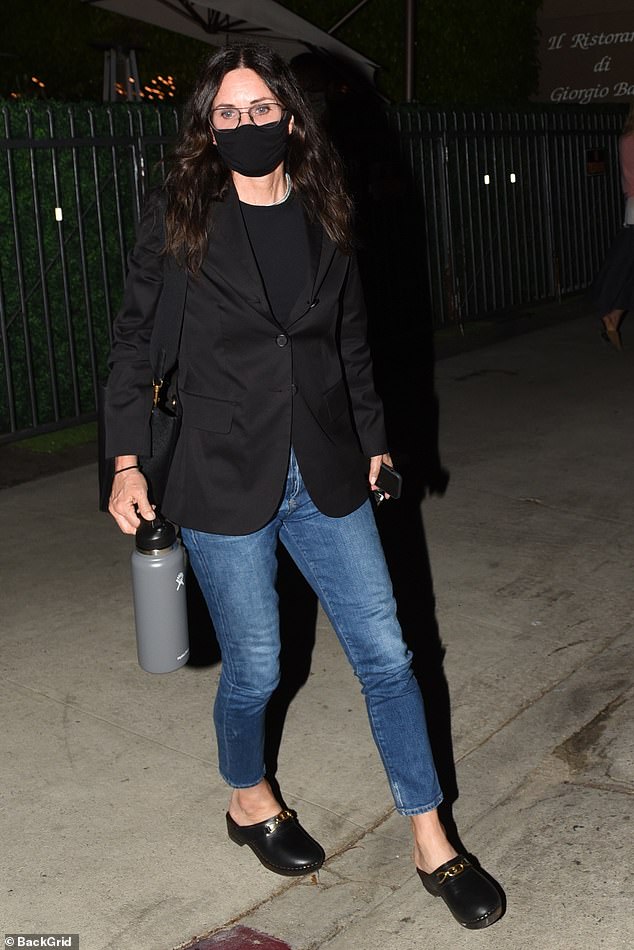 Out on the town: Courteney Cox, 56, enjoyed some quality time with friends as she went for dinner at Italian restaurant Giorgio Baldi in Santa Monica on Wednesday

Courteney also wore a black blazer with a matching top and a pair of blue skinny jeans.

The Friends star sported a pair of black flat shoes while she carried a grey water bottle in her hand.

Courteney completed her look for the evening by letting her raven locks fall loose down her shoulders.

It comes after the Scream star celebrated her 56th birthday last month with a sultry shot of herself swimming writing, ‘Gracefully diving into this next year… #oaf.’ 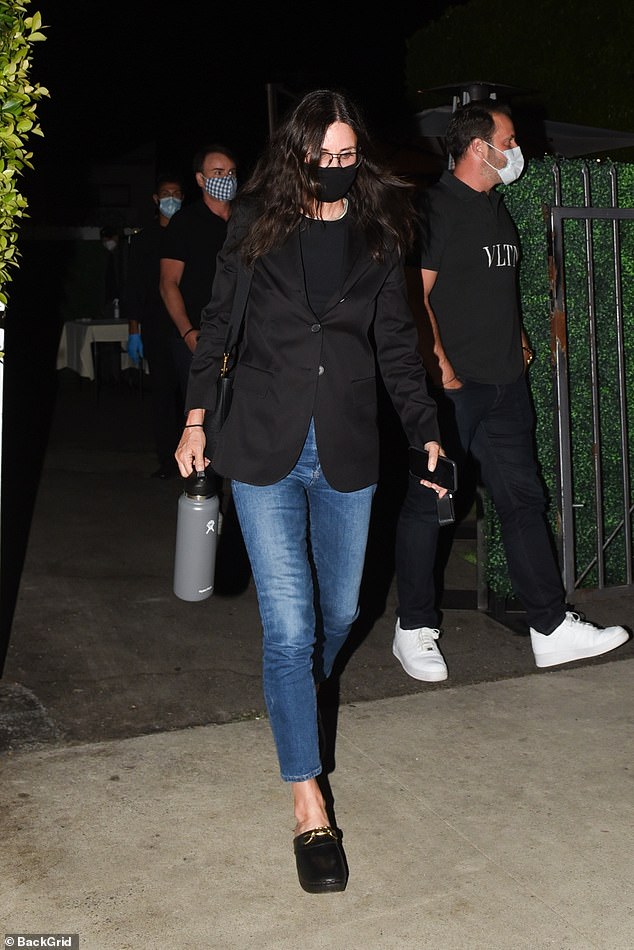 Outfit: The actress wore a black blazer with a matching top and a pair of blue skinny jeans

Her Friends costar and best friend Jennifer Aniston hailed her longtime pal in a series of Instagram posts.

‘Happy birthday to this amazing human,’ Jennifer, 51, wrote in the caption for a series of images, including one from their time on Friends.

The actress is set to reunite with fellow co-stars Lisa Kudrow, Matthew Perry, Matt LeBlanc and David Schwimmer for a reunion show on HBO Max.

Production for the revival of the hugely successful sitcom has been held up amid the shutdown due to the COVID-19 pandemic. 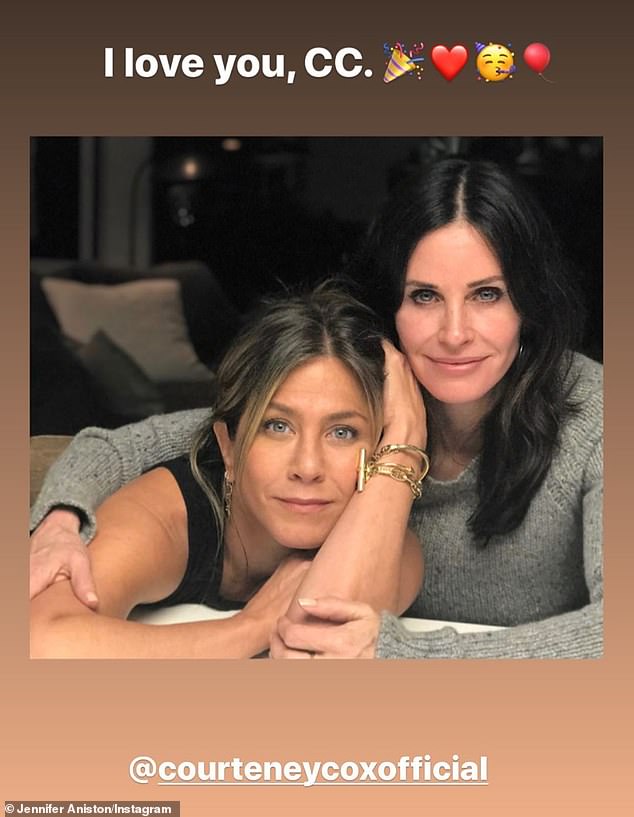 David told Access that production could pick back up next month, and that he’s ‘excited’ at getting the band back together.

‘I think everyone’s excited, a little nervous because the first time we’ll all be in the room together in 10 years,’ said the 53-year-old actor, who was promoting his new project Intelligence.

Matthew also seems to be excited about the reboot as he took a nostalgic look back at the hit show in an Instagram post earlier this month, sharing a shot of a Friends billboard in LA and calling it ‘the show that thanks to all of you, doesn’t go away.’ 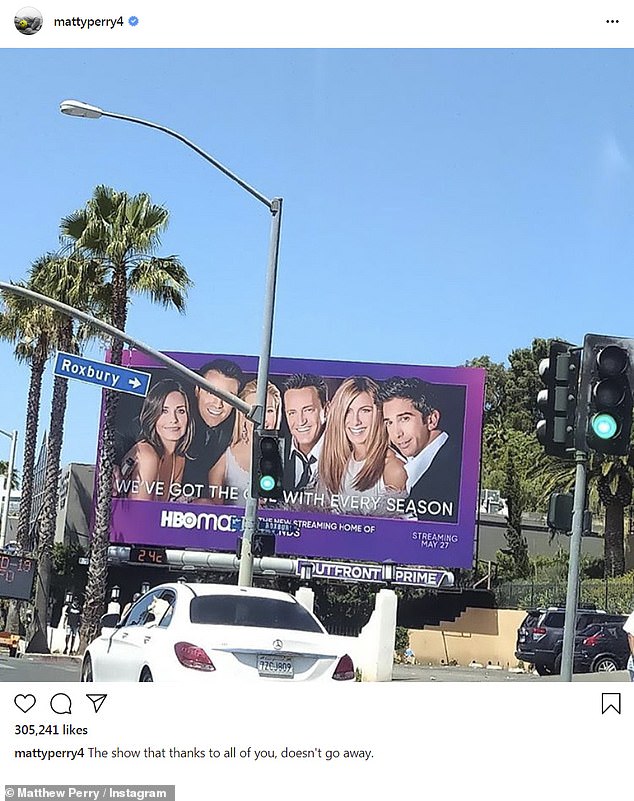 Nostalgic: Courteney’s Friends castmate Matthew Perry took a nostalgic look back at the hit show, sharing a shot of a billboard in LA advertising the show on HBO Max

Myleene Klass says son Apollo's 'hungry cries are louder than any troll!' as she talks breastfeeding 0