Coronavirus: The Voice Australia 2020 finale is set for major changes

World War 3: China chilling warning of 'unbearable consequences' if US aids Australia
Australia coronavirus warning: Highest daily death tally in major Covid mystery
Bindi Irwin is all smiles as she enjoys a picnic at Australia Zoo with her animal friends

Channel Nine has made significant changes to the grand finale of The Voice Australia as a result of the coronavirus pandemic.

While the winner will still be decided by a public vote next week, the episode has been pre-recorded with multiple endings.

Four endings were recorded for each of the finalists in Sydney last week, a Nine spokesperson told TV Tonight on Tuesday. 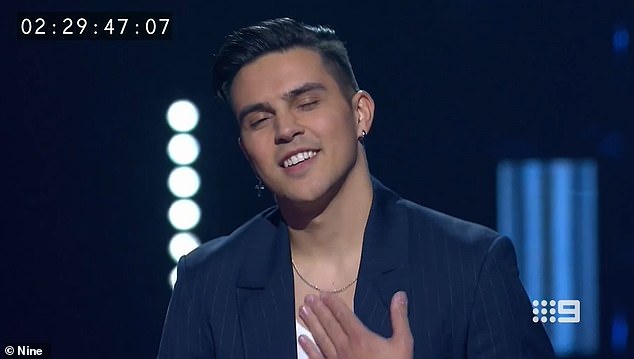 The public vote will determine which victory goes to air on Sunday.

This year’s showdowns and finals aren’t live because coaches Kelly Rowland and Boy George are based overseas and can’t travel due to COVID-19 border closures.

They were involved in last week’s taping, however, and recorded their segments via video link from their homes. 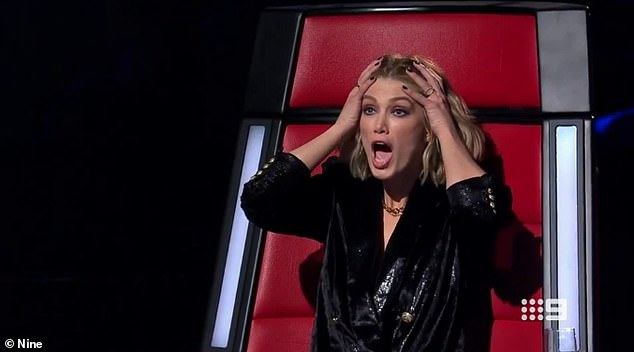 Speaking to TV Tonight, A Nine spokesman confirmed, this year’s grand finale was unable to be recorded live due to COVID-19 restrictions. The public vote will determine which victory will go to air on Sunday. Pictured: Coach Delta Goodrem

Drastic safety measures were also implemented in order to film the last episodes, including regular temperature checks and social distancing.

Last week, it was revealed that New Zealand-based finalists Caleb Jago-Ward and Ella Monnery had been forced to pull out of the competition after they were unable to return to Sydney to participate.

After production resumed on June 8 following an earlier postponement, The Voice was forced to change its live format. 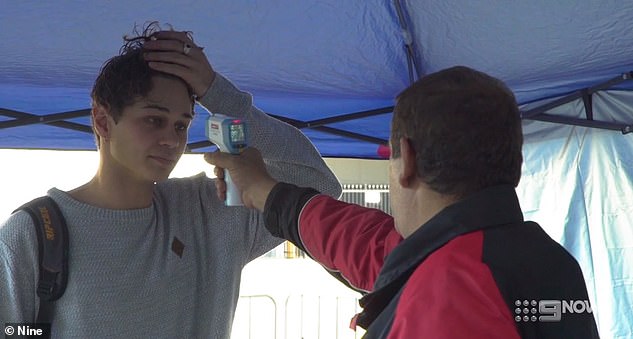 Safety first!  After production resumed on June 8 with coronavirus safety measures, The Voice has been forced to change its live format. All coaches, contestants and crew are required to have their temperature checked when they arrive on set and must regularly sanitise

Furthermore, the coaches, contestants and crew were required to have their temperature checked upon arrival on set.

Microphones and instruments were also regularly wiped down between each performance to limit the spread of the virus.

The Voice Australia continues Tuesday at 7.30pm on Channel Nine 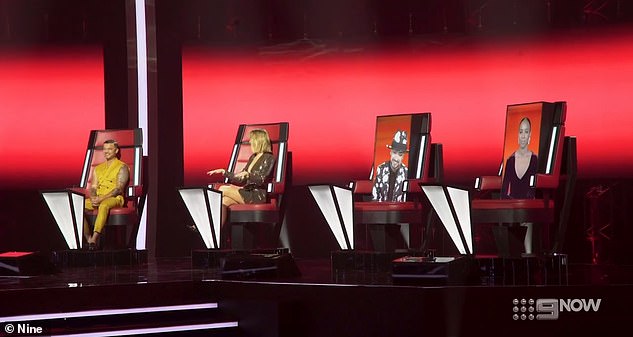 Last week’s episode was the first COVID-friendly show, which saw international coaches Kelly Rowland and Boy George both appearing on screen from their respective homes in Los Angeles and London

Victoria Silvstedt, 45, shows off her youthful-looking figure in a white bikini in St. Tropez 0