Coronation Street’s older stars are likely to return to the famous cobbles by autumn according to veteran star Bill Roache.

The soap resumed filming but only the younger and less vulnerable actors are involved in production at the moment.

But Bill, who plays Ken Barlow, hopes he will be back on screen for the show’s 60th anniversary later this year. 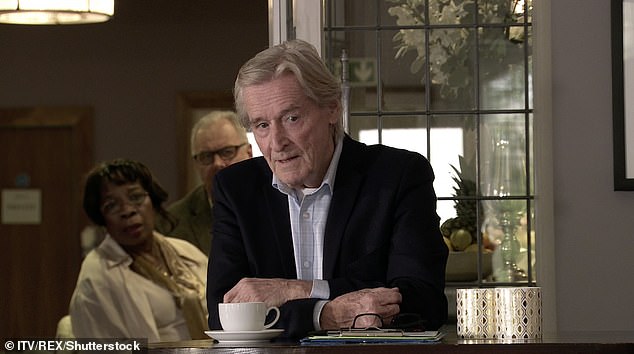 Coming back: Coronation Street’s older stars are likely to return to the famous cobbles by autumn according to veteran star Bill Roache.

The 88-year-old told The Mirror: ‘I’m looking forward to it – I don’t want to slow down. I want to speed up!

‘They have started filming again, but not for us oldies. But probably by the autumn they have said we could be back. I had no idea until they contacted me and they asked me if I wanted to go back and I said yes.

‘Then I had to get a doctor’s report that he considers the protocols they have got are good, which he has done.’ 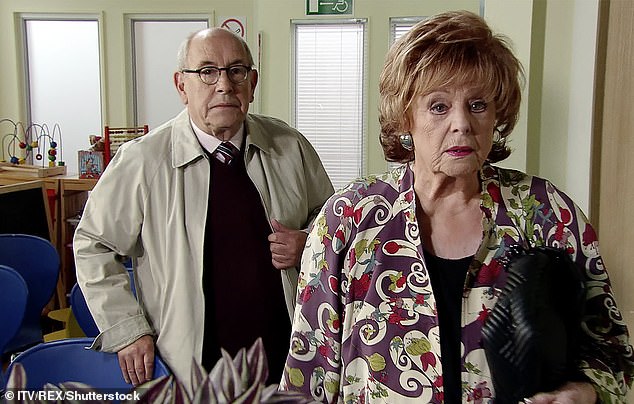 Away from our screens: Older stars including Barbara Knox, who plays Rita Sullivan, have been kept away from set

Bill also revealed that he has spoken to fellow cast member Simon Gregson, who plays Steve McDonald, about the current filming conditions.

Simon told him the banter on the set is the same as ever and all the cast and crew are very happy to be back.

The ITV soap recently resumed filming after production was halted for nearly three months due to the coronavirus pandemic.

The new safety measures are in accordance with the recently issued TV production guidelines which will be observed whilst filming the top ITV soap.

Crew have also begun preparations to ensure filming will resume in full on Tuesday at the studios, with recording initially producing three episodes a week.

The new episodes will be scheduled following the instalments recorded earlier this year before the coronavirus pandemic halted production in March.

Cast and crew over the age of 70, or with an underlying health condition, will be kept at home during the early stages.

As the actors return to filming, the plan is to make enough shows to continue airing three episodes a week to ensure the soap remains on-screen in July.

ITV bosses previously confirmed that older cast members will be kept at home during the first few weeks of filming.

The star also shared a picture of new soap scripts to his Instagram, he penned: ‘New scripts EXCITED’ with smiley faces and a thumbs up emoji. 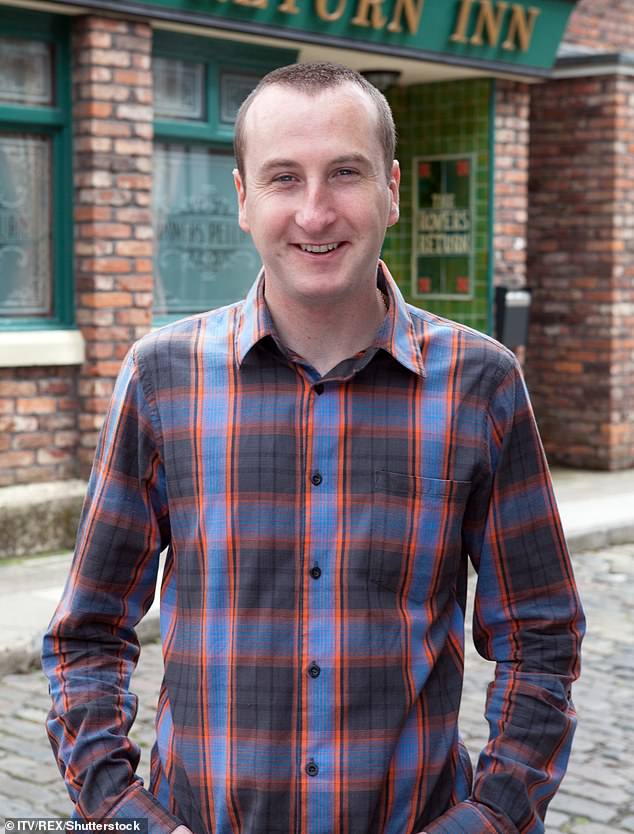 No kissing! Andrew Whyment, pictured as Kirk Sutherland, has revealed that kissing scenes will be banned in accordance with new social distancing measures

It has been reported that older stars may still appear via video calls, with a source telling Talk TV according to The Sun: ‘Bosses know just how important these characters are to their millions of fans.

‘And who wouldn’t love to see the likes of Ken, Evelyn and Roy taking part in a Zoom quiz night?

‘Or Tracy calling her dad and telling him how much she misses him. There are good ways to do it and that’s what they’re looking into at the moment.’ 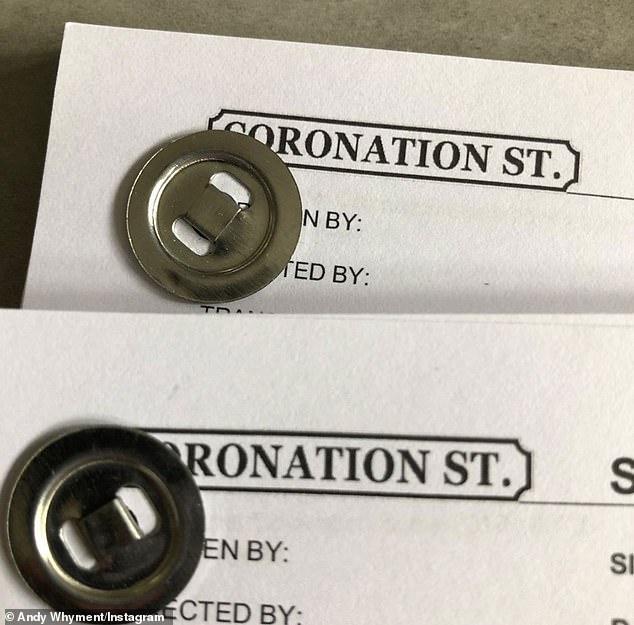 Secret: Andy Whyment (Kirk) shared a picture of new soap scripts to his Instagram, he penned: ‘New scripts EXCITED’ with smiley faces and a thumbs up emoji

SEBASTIAN SHAKESPEARE: Lord Bragg goes back in time for tale of privations in his new book  0

Ashley James is PREGNANT! DJ admits she's 'beyond excited' to be expecting baby with Tom Andrews 0

Grimacing Gordon Ramsay chows down on a toasted TARANTULA 0