Sam Aston has announced he's welcomed a baby boy with wife Briony.Taking to Instagram on Monday, the pair revealed they privately welcomed their fi

Aston Merrygold shares sweet snap of himself with sons Grayson, two, and Macaulay Shay, 2 months
Megan Fox's new beau Machine Gun Kelly hops out of his Aston Martin as he runs errands with Mod Sun
Jimmy Bartel cuddles up with his sons Aston, four, and Henley, one, in superhero pyjamas

Taking to Instagram on Monday, the pair revealed they privately welcomed their first child two weeks ago, stating the birth was ‘calm’ despite him being born six weeks premature.

Alongside a sweet snap of the couple and their newborn, they revealed they had named their son Sonny. 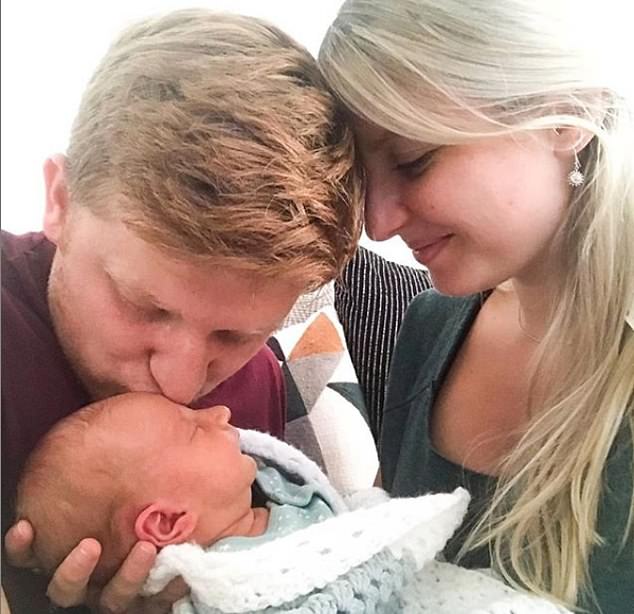 The yoga instructor, 25, was preparing to welcome her baby in September and had been documenting her journey.

In a snap earlier this month she covered her modesty with a sheet as she lay on her bed, showing off a giant tattoo on her arm. 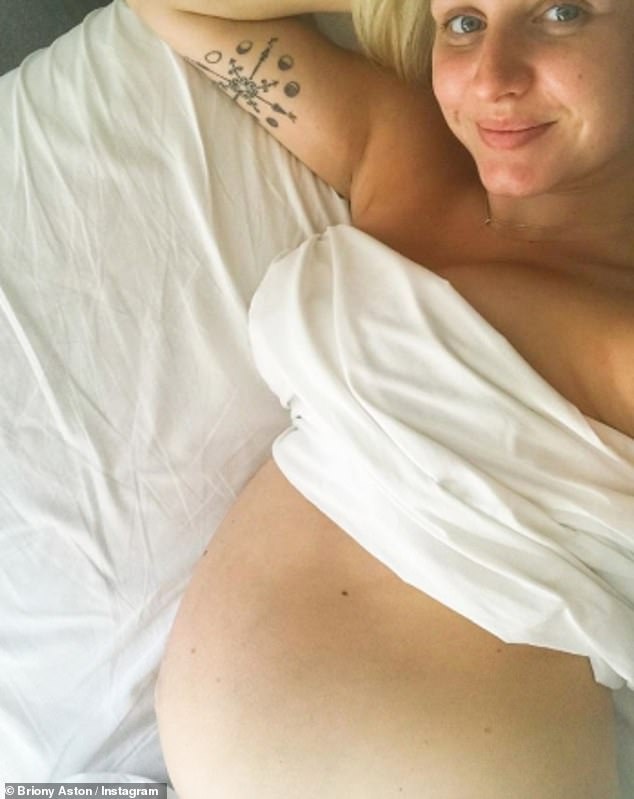 Her latest post comes a few weeks after the couple attended their first antenatal class.

Due to the COVID-19 crisis, Sam, 27, who plays Chesney Brown on the ITV soap and Briony attended an online class. 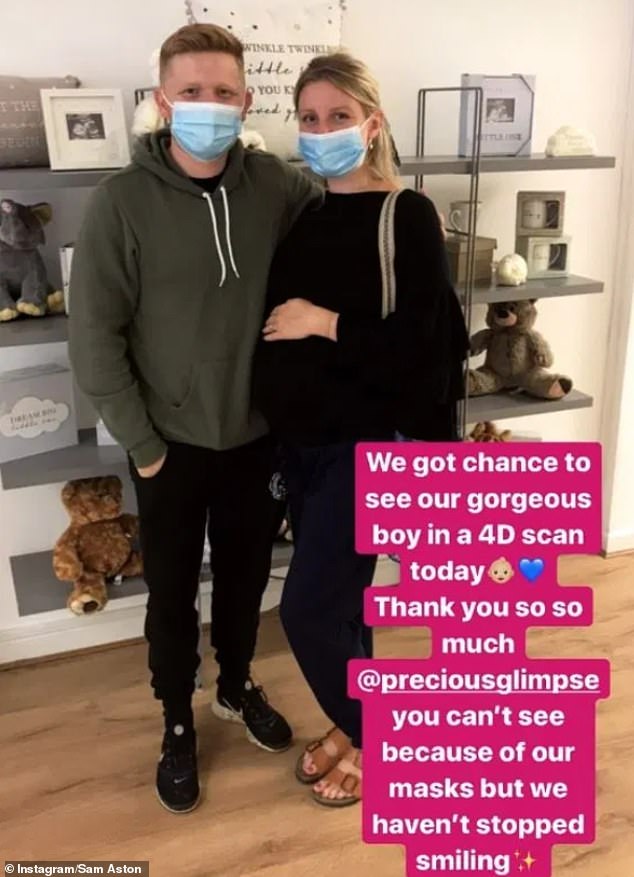 Parents-to-be: Sam and Briony attended their first antenatal class a few weeks ago

Sam and Briony also went for a 4D scan to see their son in incredible detail.

In the snap Briony rests her hand on her bump while clad in an all-black outfit and sandals. 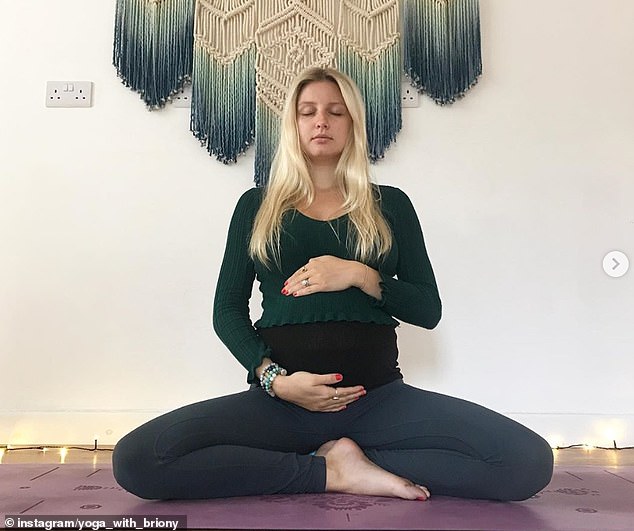 Zen: The couple are counting down the weeks until the arrival of their baby boy in September 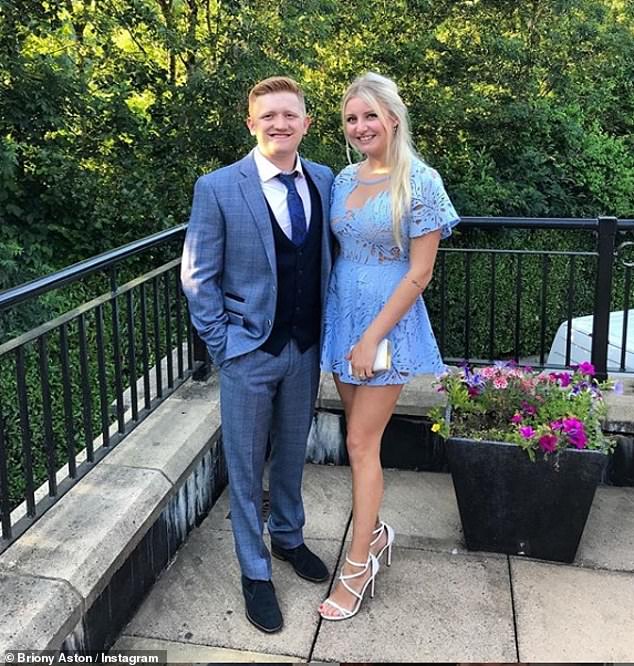 Love: The couple married in 2019 and appear to be very happy with one another

They captioned the snap: ‘We got the chance to see our gorgeous boy in a 4D scan today.

‘Thank you so much @preciousglimpse you can’t see because of our masks but we haven’t stopped smiling.’

The couple also shared a snap of Briony’s baby bump with an antenatal class manual.

They captioned the snap: ‘Loved last nights online antenatal course. Cheers for all the info and help @happyparents.happybaby. 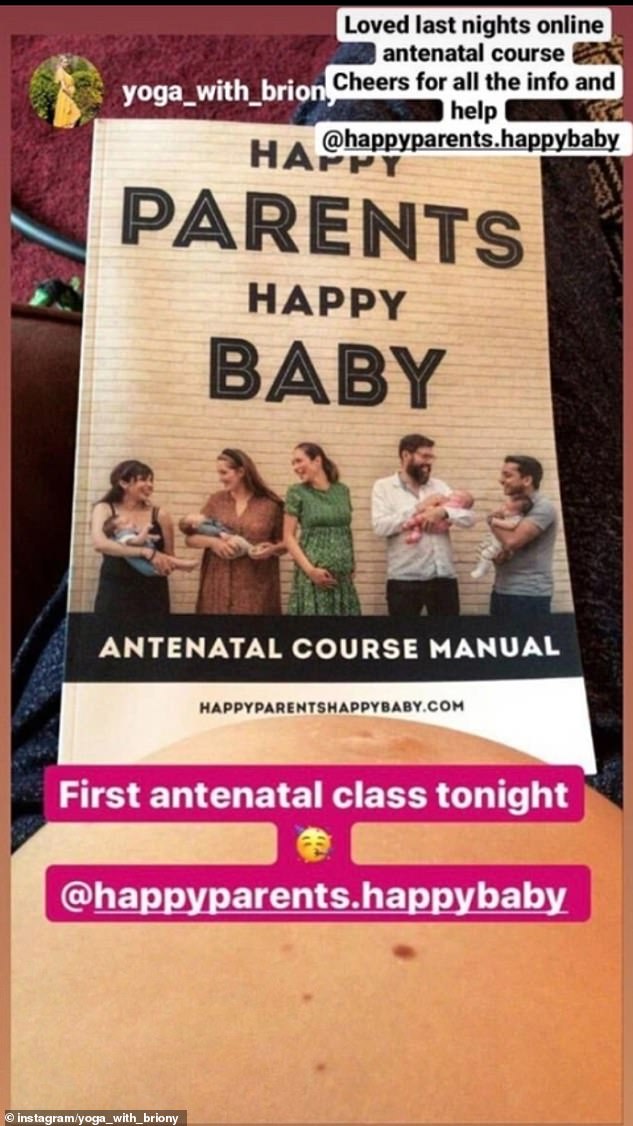 Following their class, Briony shared a stunning bump snap on her Instagram page, wheres she was wearing a black crop top and a pair of shorts.

‘Our sonshine, you are the light in this sometimes scary, crazy world.’ 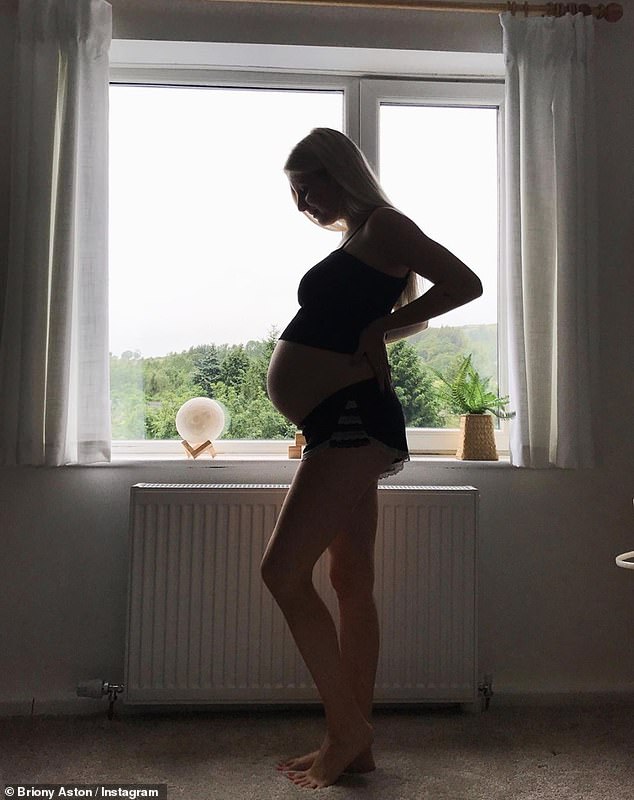 Wow! Following their class, Briony shared a stunning bump snap on her Instagram page, wheres she was wearing a black crop top and a pair of shorts

Briony and Sam announced they were expecting a boy when speaking with OK! magazine, saying: ‘We’re having a boy!

‘It was a massive surprise when we found out, as there are loads of girls in our families, so we were adamant we were having a girl.’

Briony added the couple had found out the day before lockdown, saying: ‘Sam couldn’t come with me because of the current rules, so I got the consultant to write the sex on a piece of paper and put it in an envelope and we both then sat in the car and opened it together. We were over the moon.’

The couple also revealed they had only been trying for a baby for little over a month before getting the positive result.

Sam, whose Coronation Street character Chesney is parenting quads on the popular ITV soap, said he and Briony would love a big family but admitted they were glad they were just expecting the one child.

Briony also discussed the sweet moment she had broken the news of her pregnancy to Sam, using a customised boiled egg board emblazoned with ‘Daddy, you’re a good egg’.

Sam said he was so invested in his football game that at first he didn’t notice the message, but when he did he was over the moon.

Sam and Briony tied the knot last year, two years after the couple announced their engagement. 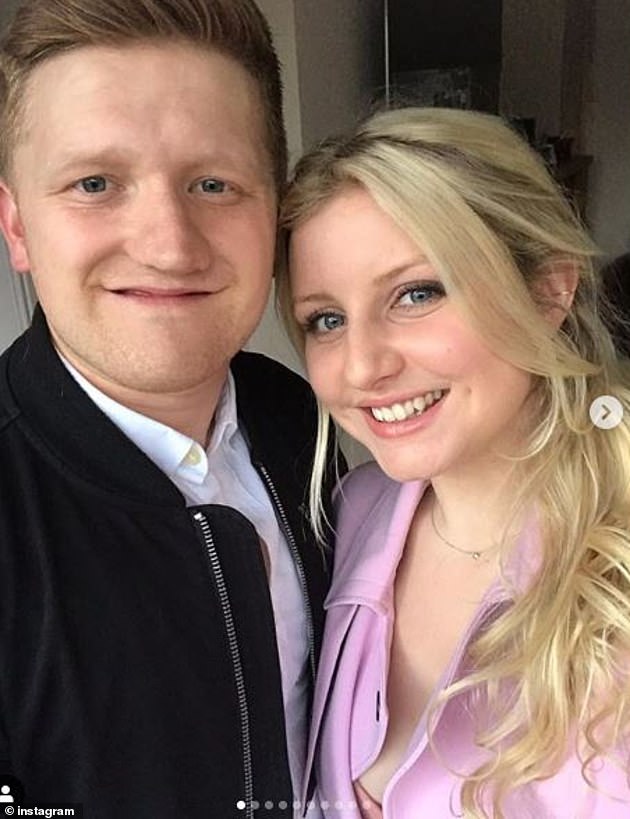