Kimberly Hart-Simpson has come out as pansexual ahead of her debut on Celebs Go Dating: The Mansion.  The former Coronation Street star, 34, gushed


Kimberly Hart-Simpson has come out as pansexual ahead of her debut on Celebs Go Dating: The Mansion.

The former Coronation Street star, 34, gushed she ‘fancies everybody’ as she admitted she was looking forward to meeting a potential partner of any gender on the E4 dating series.

Speaking to The Mirror on Saturday, she explained: ‘I have dated people who are male, female, transgender… gender is completely irrelevant to me. 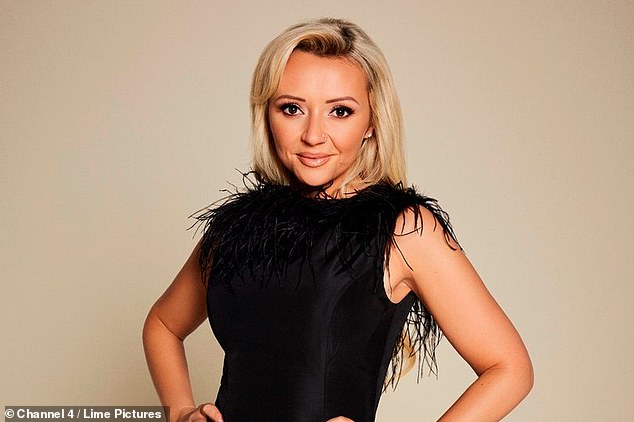 ‘Gender is irrelevant to me’: Former Coronation Street star Kimberly Hart-Simpson came out as pansexual in a new interview on Saturday, ahead of her appearance on Celebs Go Dating

‘We’re all on different spectrums. There are many qualities about me I would deem just as much male as female.

‘It’s about the person, not what sex they were born. I just fancy everybody.’

Kimberly, who played escort Nicky Wheatley on the soap, also revealed she used to change her Tinder profile to ‘both’ after having a few drinks.

At the time Kimberly, who was studying at drama school, struggled with her sexuality and would wake up hoping no one had seen what she’d done.

Star turn: Kimberly shot to fame playing sex worker Nicky Wheatley (pictured) on the soap last year before her character was written off in September 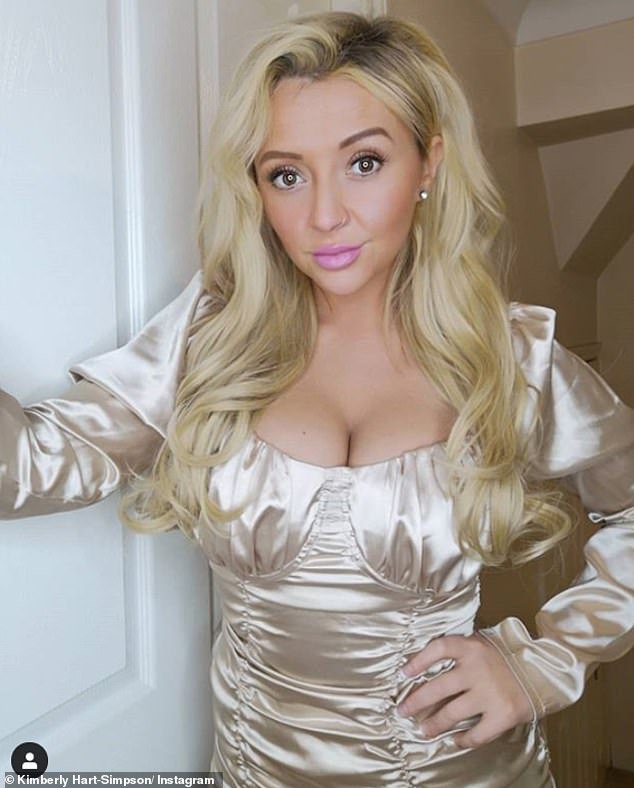 Candid: Kimberly said she’s keen to meet a partner of any gender, and said: ‘I have dated people who are male, female, transgender… gender is completely irrelevant to me’

But she explained that a gay friend helped her become more comfortable in her own skin, and the star was also bolstered by support from friends and family.

Kimberly, who left Coronation Street in September, had previously come out publicly as bisexual.

She told the publication that she doesn’t have a type, but has a weakness for ‘cute’ people and thinks Britain’s Got Talent judge Alesha Dixon is ‘beautiful’.

While she’s had plenty of on-screen success in her career, Kimberly also admitted she ‘need[s] help’ with dating and was relieved to get assistance from the TV matchmakers. 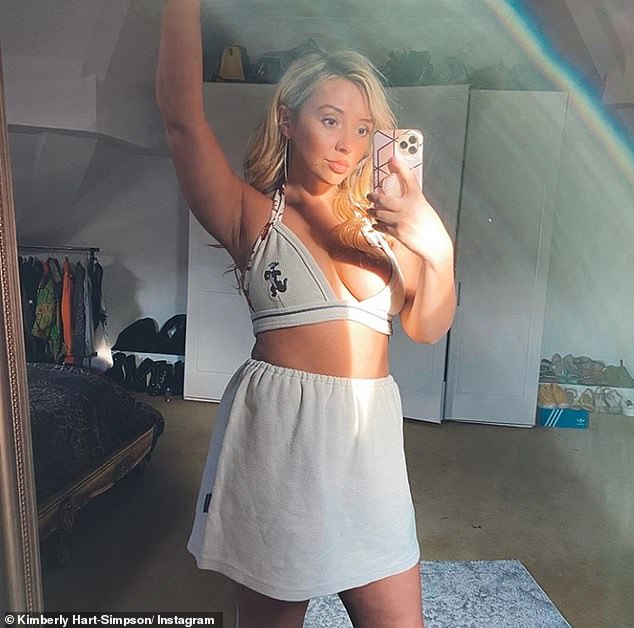 Honest: Kimberly said she used to change her Tinder profile to ‘both’ after a few drinks and would wake up hoping no one had seen, but came to accept her sexuality thanks to a friend 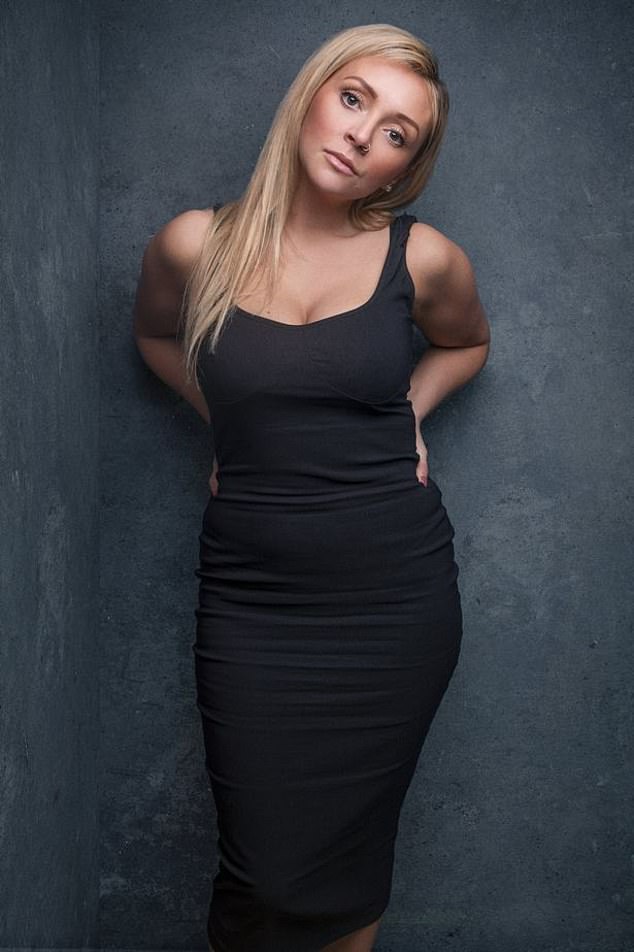 Against type: Kimberly said she fancies a wide range of people like Britain’s Got Talent judge Alesha Dixon and actor Reggie Yates, but has a weakness for ‘cute’ people

The series is set in a £30 million Surrey mansion and boasts a star-studded cast, which will also include Geordie Shore’s Chloe Ferry, dancer Curtis Pritchard, Made in Chelsea’s Sophie Hermann, and DJ Tom Zanetti.

The ten celebrities, who holed up in the mansion’s Covid-19 secure bubble, were originally supposed to exclusively date ‘civilians’.

But rumours are already swirling about a secret romance between Sophie, 33, and Katie Price’s ex Tom, 31. 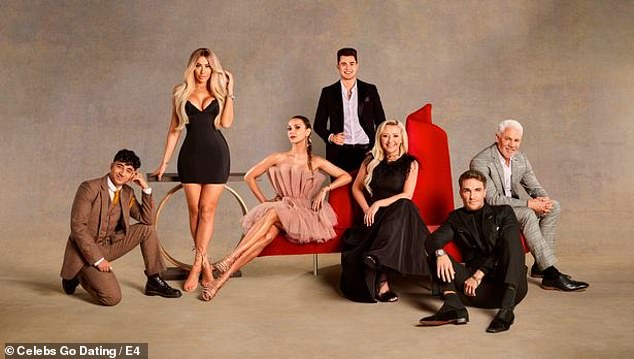 Looking for love: Kimberly was one of 10 celebs, including Chloe Ferry, Sophie Hermann and Tom Zanetti, who holed up in a £30 million Surrey mansion to film the dating series 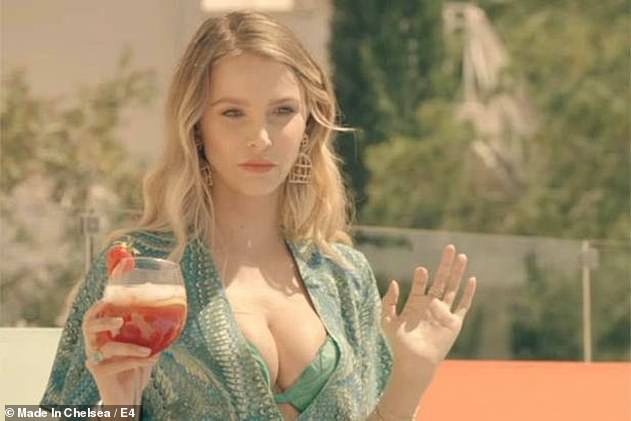 Shhh: Made in Chelsea’s Sophie is rumoured to have started a secret romance with fellow mansion resident Tom

A TV insider told MailOnline: ‘Sparks were flying between them from the minute they walked into the mansion.’

‘Tom had no idea who Sophie was to begin with and that seemed to be an aphrodisiac for her – she loved being teased by him and the banter they shared together.

‘They couldn’t keep their hands off each other and became the talk of the house, especially when the rest of the cast found out they had been secretly texting.

‘Despite coming from very different backgrounds, they really got on – and couldn’t resist spending as much time together as they could in the house.’ 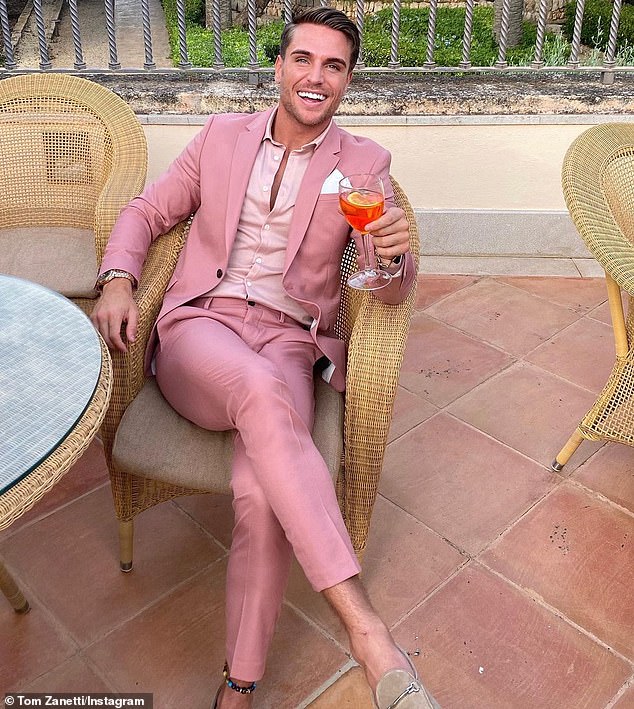 Tickled pink: An insider said Katie Price ex Tom apparently had no idea who Sophie was when they met and set sparks flying

Loading...
Newer Post
Loss of libido: Experts disclose five techniques on how to get your mojo back
Older Post
Kate Middleton’s ‘impressive’ diamond earrings from Queen could be worth £250,000